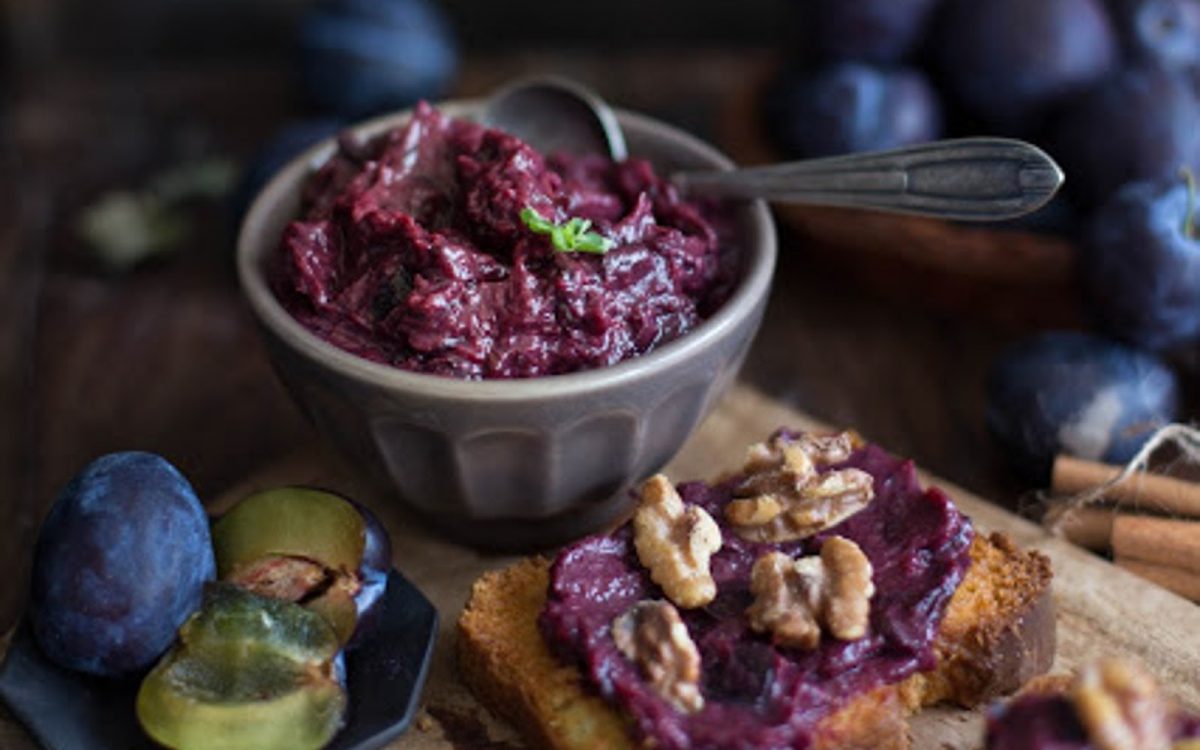 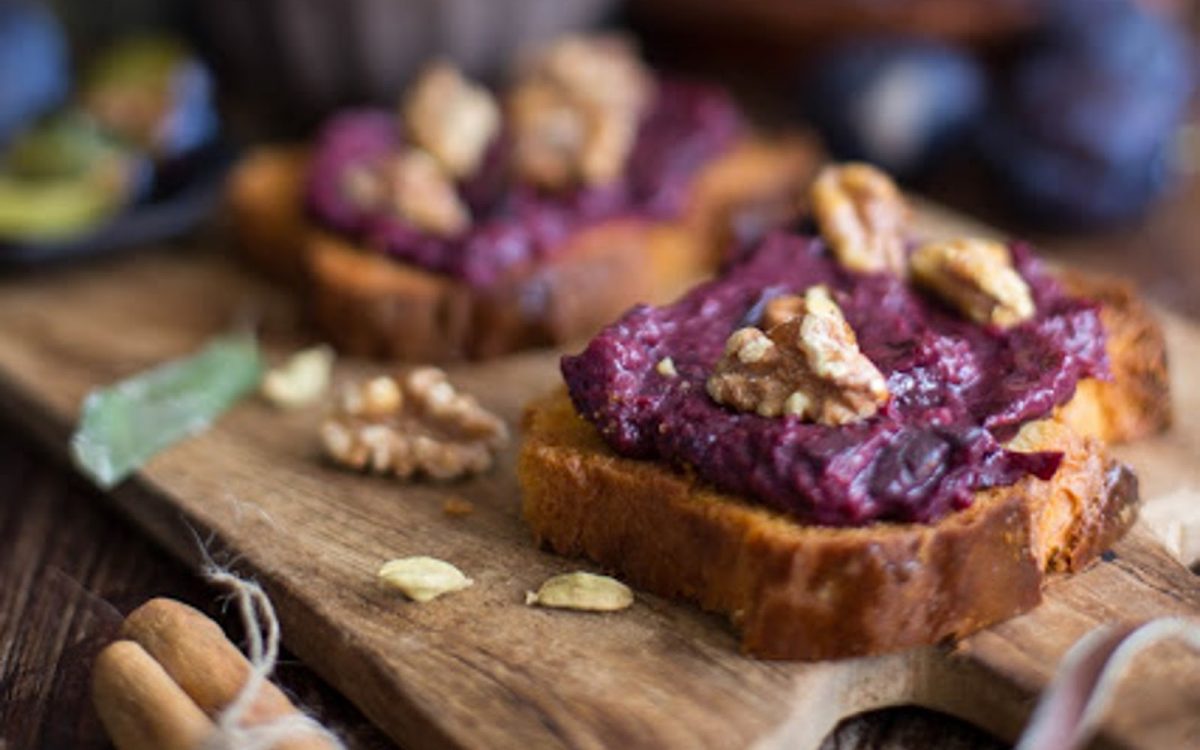 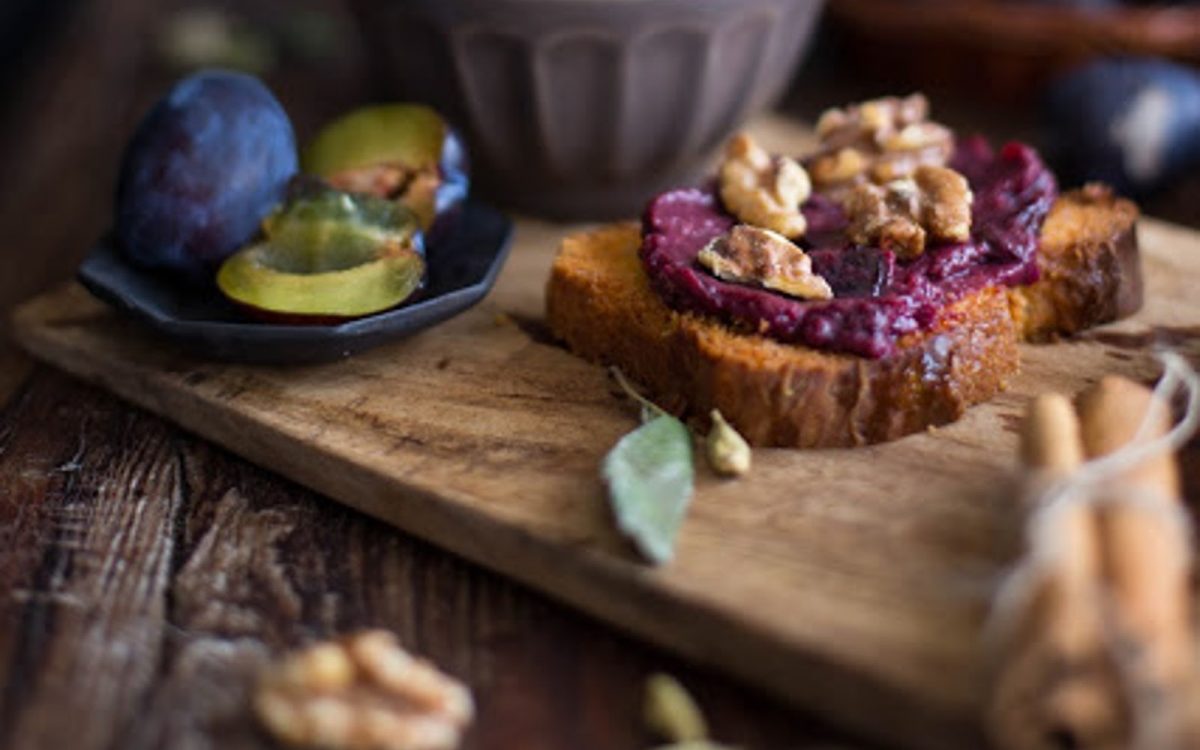 Fresh plums are cooked with cardamom, ginger, and cinnamon bark to create an aromatic, richly colored purple plum jam. No food coloring needed — the jam transforms into a rich, deep purple color as it cooks. This jam won't last in your household, as you'll want to eat it with toast each morning (and maybe grab a spoonful for dessert at the end of the day).

Hi, I am Lilia, living in the North of Poland. I am the cook and writer behind the blog, A Lemon Tree Café. I love cooking and eating plant-based food! Simple, fresh, natural, healthy, local, and seasonal – this is the food you will find in my kitchen. But most of all my food has to be delicious and beautiful to look at.