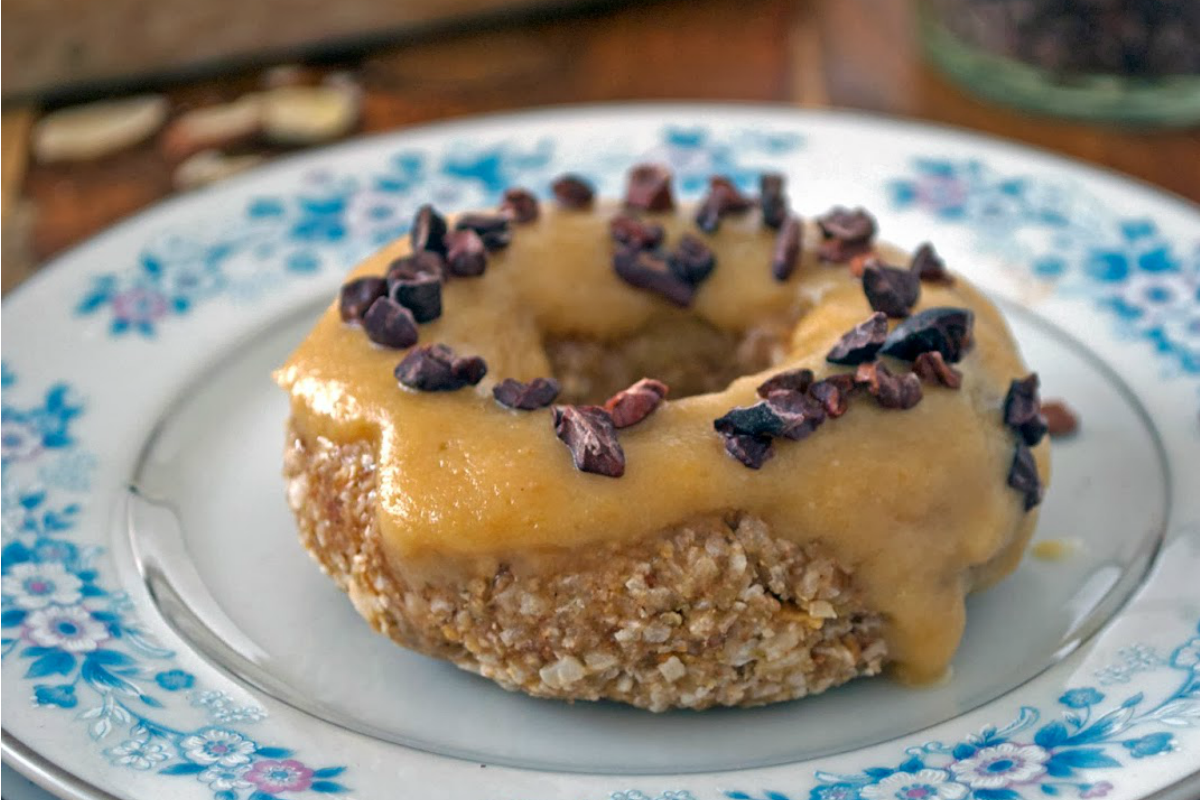 These doughnuts need to be had and you all must get this goodness into your repertoires, stat. Sweet and toothsome without all of the unhealthiness of their fried counterparts, you don't have to feel guilty after eating one of these!

To sprout buckwheat groats, put the groats in a bowl, add water to cover, and stir. Soak for only 15--20 minutes to avoid the gelatinous residue that forms with longer soaking. Drain in a sieve and rinse. Place the sieve over a bowl and cover with a towel. Sprout for 24--48 hours (depending on the room temperature), rinsing twice a day. When used in raw food recipes, buckwheat is measured after being sprouted.