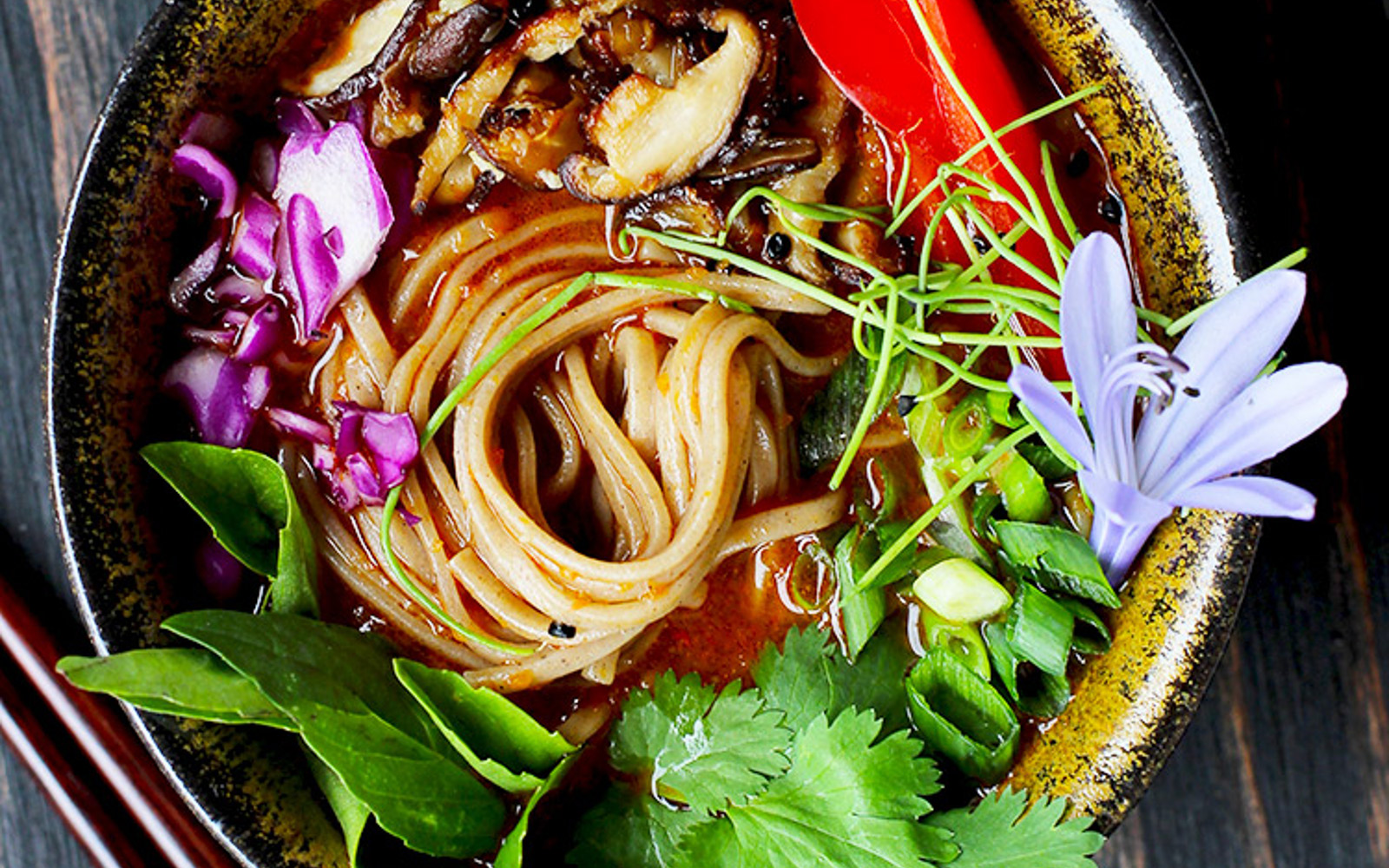 In this recipe, soba noodles are served in a savory homemade mushroom broth that's infused with a roasted red bell pepper sauce and then topped with an assortment of vegetables and fresh herbs. This noodle dish is big on flavor— it's a little spicy, a little savory, with a bit of umami. Serve this soup hot on a cold winter's day to help fight the cold.

For the Shiitake Mushroom Broth:

To Make the Mushroom Broth:

To Make the Vegetables:

To Make Noodles and To Serve:

Stephanie has been into healthy vegetarian and vegan ways of cooking ever since she was a teenager. She believes that beauty comes from the inside out. Eating organic, non-GMO high nutrient foods helps keep your body healthy, disease free, feeling good, and looking young.
Stephanie is dedicated to pursuing an inspiring and creative lifestyle. Her focus is on the beauty and creativity of food, wine, recipe developing, styling, and photography. Check out more on her website, Cali Zona!