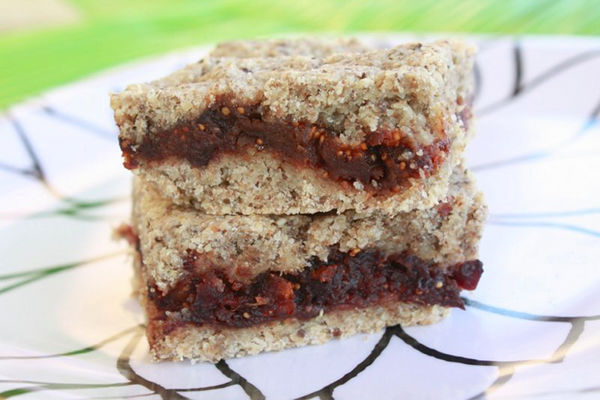 I don’t know about you, but I used to be crazy for Fig Newtons! The moist cake surrounding a soft, sweet, fig layer were one of my most coveted treats! Since my health and allergies have changed my way of living and eating, I’ve wanted to revamp the Newton to suit my new dietary habits, and I believe I’ve done it! These babies not only taste phenomenal, but they’re vegan and gluten-free! Lately, I’ve been creating more recipes that are vegan, gluten-free or both! I figure more people will be able to eat them that way, since so many are eating that way these days due to allergies or ethics. My daughter, Jade, has also been showing signs of having a gluten sensitivity, so I’ve been purposefully tailoring some creations for her. My husband took one bite of this and declared with giddy glee, ‘that’s a Fig Newton!’, so I’m hopeful that anyone who tries this recipe will agree!

Lauren Goslin is an at-home mom with a husband, two daughters, an accounting degree, and a penchant for all things culinary. She hopes to contribute to the healthy living community with healthy alternative recipes for some of the most mouth-watering dishes you can conjure. Visit her blog Oatmeal With a Fork for more deliciousness!