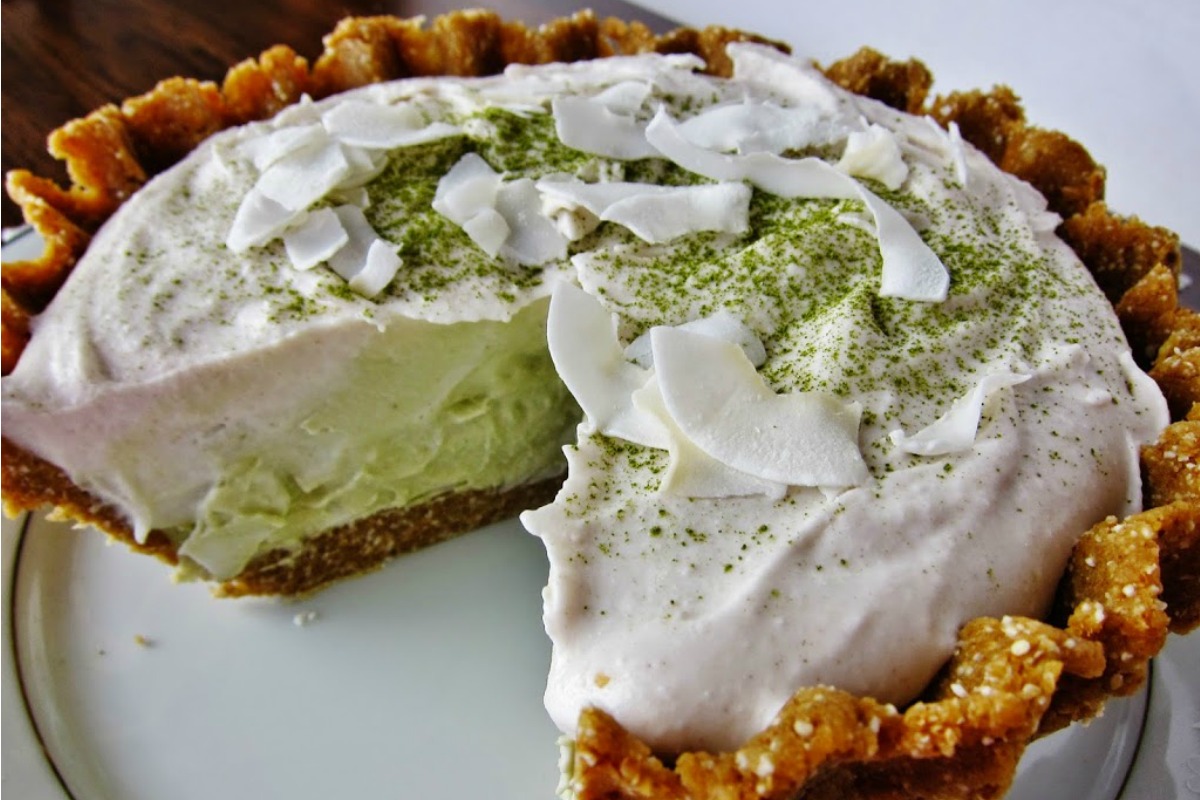 For the Crust: For the Filling and Topping:
Advertisement

If you do not mind this pie not being nut free, and coconut meat is unavailable, you may use 4 cups raw cashews, soaked for 4 hours and drained instead.

Total Calories: 2507 | Total Carbs: 124 g | Total Fat: 217 g | Total Protein: 11 g | Total Sodium: 1343 g | Total Sugar: 75 g Note: The information shown is based on available ingredients and preparation. It should not be considered a substitute for a professional nutritionist’s advice.

Amy Lyons is the blogger and recipe writer behind Fragrant Vanilla Cake, a blog featuring raw and plant-based desserts as well as savory dishes. She is also the author two cookbooks. She graduated from Bethel University in 2007 with a degree in Studio Art and has a passion for creating beautiful things and helping others eat healthier.