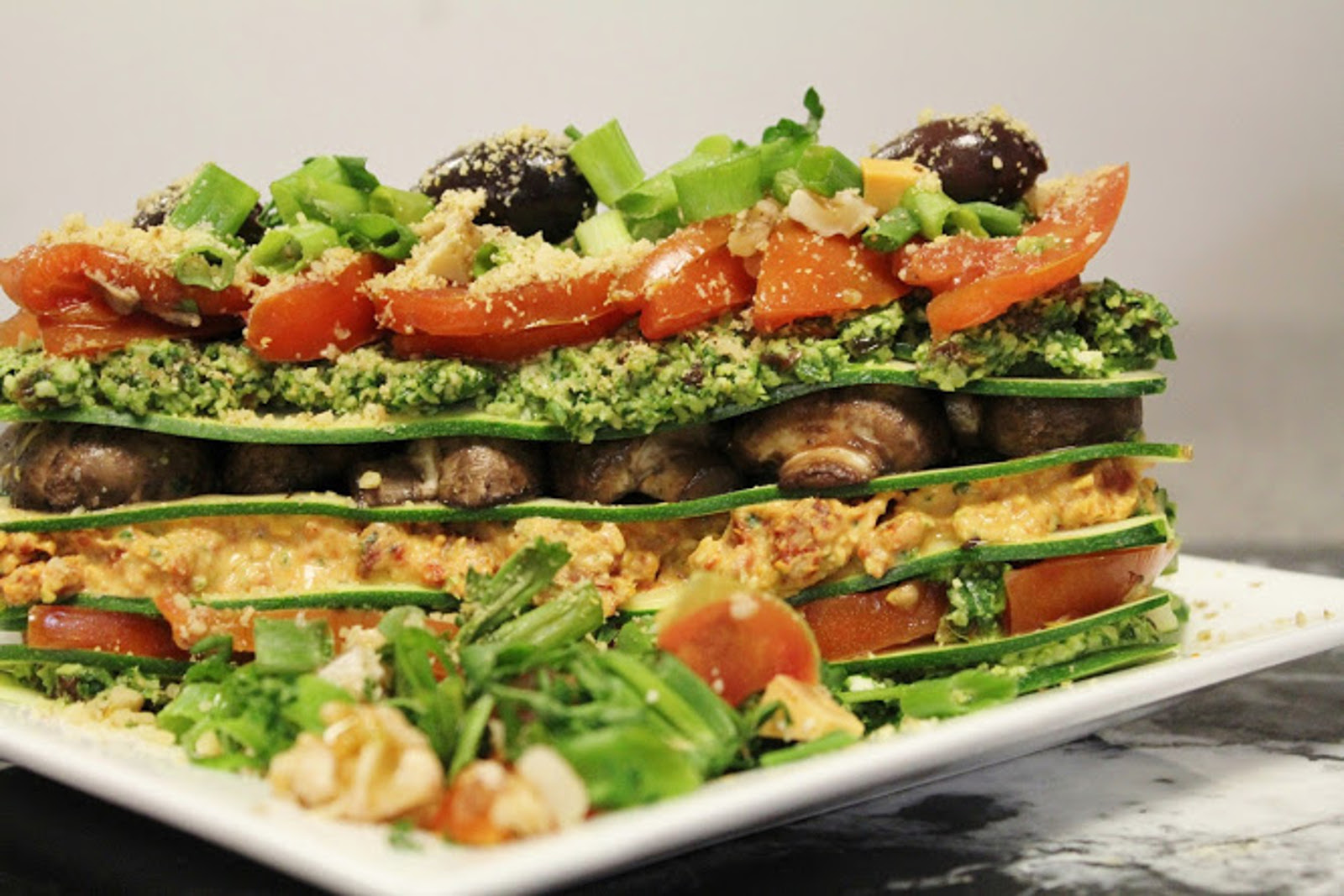 Oh boy. Someone call the po po because we've got a CRIMINAL UP IN HERE! This recipe is under arrest for being too damn delicious and causing excess drooling. However, that should not stop you from making and devouring it. Think about it this way: the jail... is in your mouth. Eeeeh? Get it? Wink wink, nudge nudge. The version I made wasn't 100 percent raw since I used hummus (which has cooked chickpeas), but in the recipe below, I give you a raw hummus option instead. If you don't care about using normal hummus - go ahead. I ate this whole thing by myself so be sure to warn others that you won't be sharing, and that they should make their own.

Total Calories: 1466 | Total Carbs: 152 g | Total Fat: 68 g | Total Protein: 121 g | Total Sodium: 1104 g | Total Sugar: 52g Note: The information shown is based on available ingredients and preparation. It should not be considered a substitute for a professional nutritionist’s advice.

Emily von Euw is the creator of the award-winning recipe blog, This Rawsome Vegan Life, and the best-selling author of four cookbooks: Rawsome Vegan Baking; 100 Best Juices, Smoothies and Healthy Snacks; The Rawsome Vegan Cookbook; and Rawsome Superfoods. Em’s passion in life comes from friendships, food, wilderness, mindfulness, art, and lots of dark chocolate. They have presented at expos and festivals across Canada and the US, and their work has been featured in publications around the world. Em lives in the lower mainland of British Columbia, Canada, on the traditional and unceded territories of the First Nations.