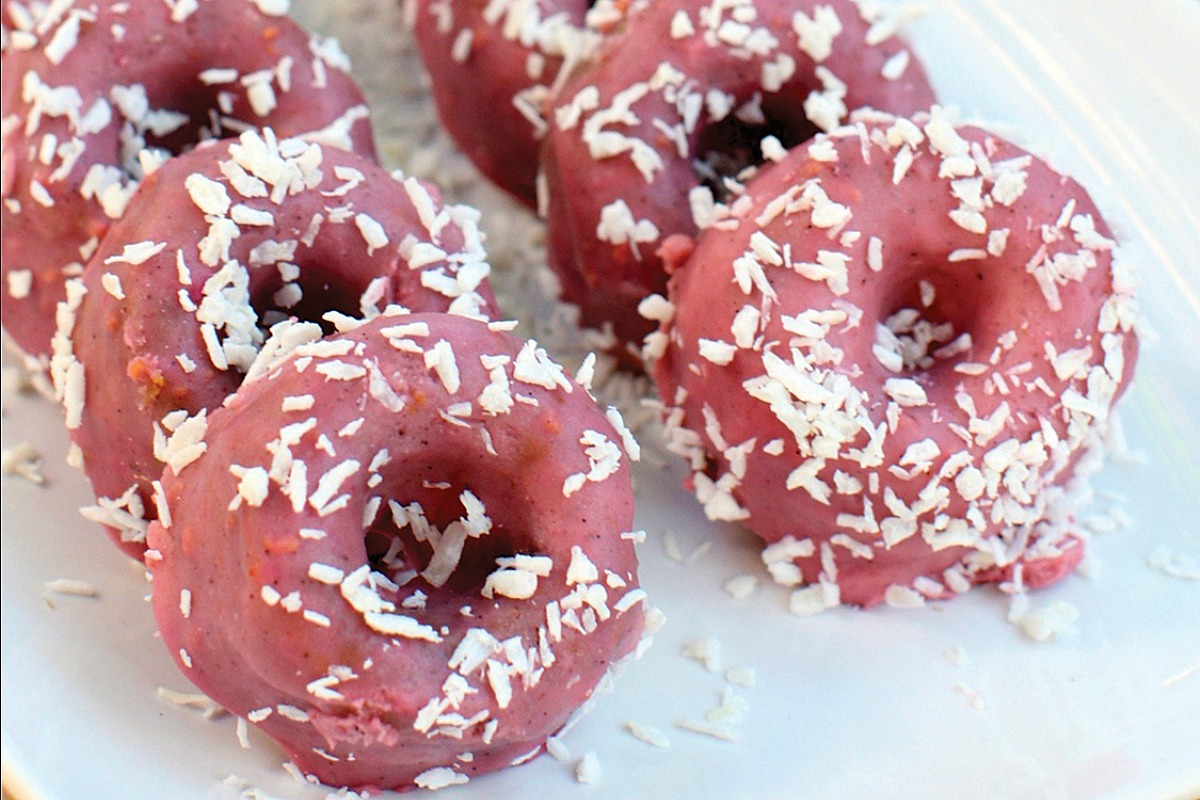 A raw food spin on doughnuts that will put the local shops to shame. Doughnuts are the last treat you’d expect to find on a raw food roster, but these do the genre proud. Once you get the base down, you can run with it, creating variations from chocolate doughnuts with sprinkles to maple doughnuts with coconut bacon. This raw vegan doughnut recipe calls for a doughnut pan; if you don’t have one, simply shape the dough into O’s with your hands. They’re quite simple to make: combine the base ingredients and shape into O’s. Then combine the glaze ingredients and drizzle on top. Finally, sprinkle with coconut flakes and you have yourself delicious raw vegan doughnuts that will impress vegans and nonvegans alike!

To make the doughnut base:

To make the pink glaze:

Hi, I'm Christina! I love to create organic, holistic, sustainable recipes with whole foods. Food is my art, my joy, my gift to others. My blog, Love Fed, allows me to share my recipes with you. I am so happy to connect with you here and share my experiences in the kitchen, in the garden, as a mother, in holistic living, and in this beautiful journey, we call life.