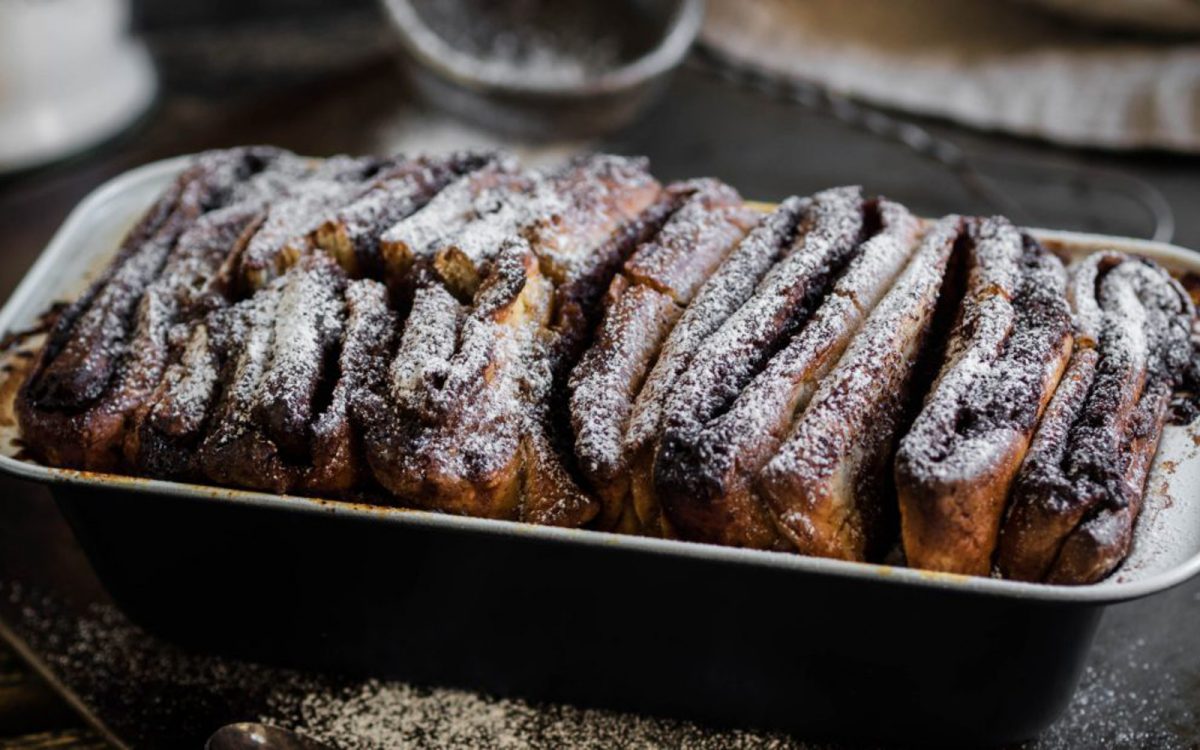 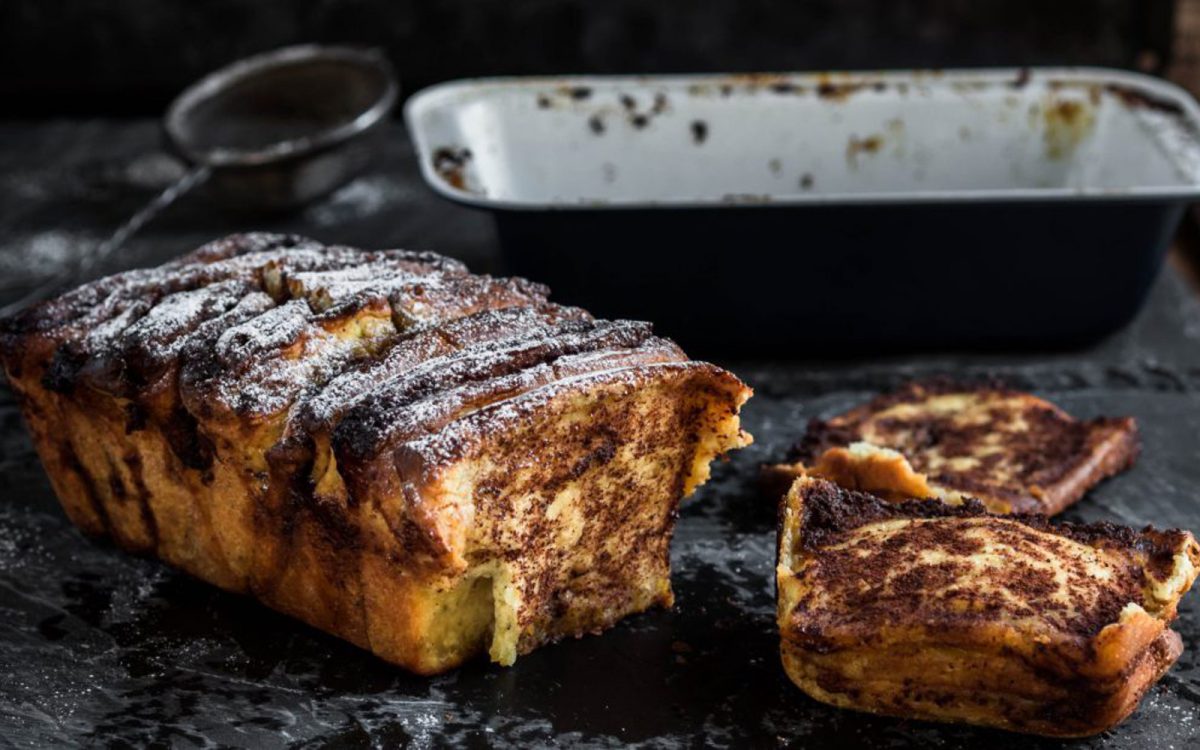 This delectable cinnamon bread is so good, you'll be hard-pressed to wait for it to cool. It is folded and stacked with layers of cinnamon sugar and then baked until it's golden brown on the outside and soft and gooey on the inside.

Total Calories: 7277 | Total Carbs: 879 g | Total Fat: 383 g | Total Protein: 159 g | Total Sodium: 4077 g | Total Sugar: 309 g Calculation estimated 2 tablespoons each of cinnamon and sugar for the cinnamon sugar mixture. Note: The information shown is based on available ingredients and preparation. It should not be considered a substitute for a professional nutritionist’s advice.

I'm a professional chef who is specialized in plant-based food. I love creating healthy and delicious recipes that satisfy even the most demanding taste buds. I love photographing my food. It's the finishing touch where the cooking session ends before eating. Check out my blog, Put Your Heart In It.