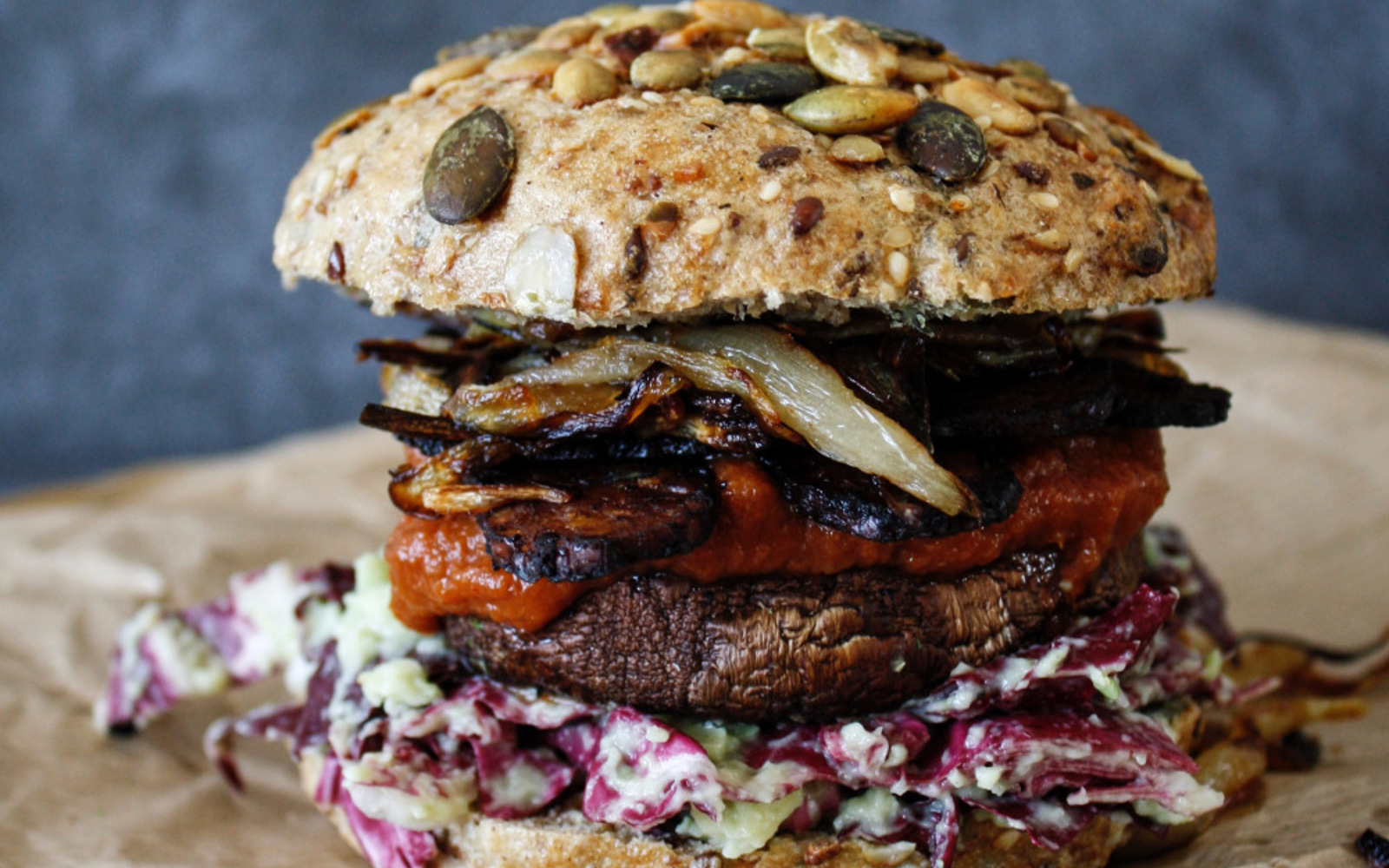 This burger is bursting with flavor! It has a creamy radicchio slaw made with homemade avocado mayonnaise, savory Portobello mushroom, smoky tempeh bacon, AND caramelized onion. A little messy, but undeniably worth it!

For the Caramelized Onions:

For the Tempeh Bacon:

Melina is a former Fashion Stylist turned Food Stylist, Photographer, and Recipe Developer. For her blog About That Food, she creates healthy and delicious cruelty-free recipes. She aims to make vegan cooking accessible and relatable to everyone and help people start a vegan lifestyle.