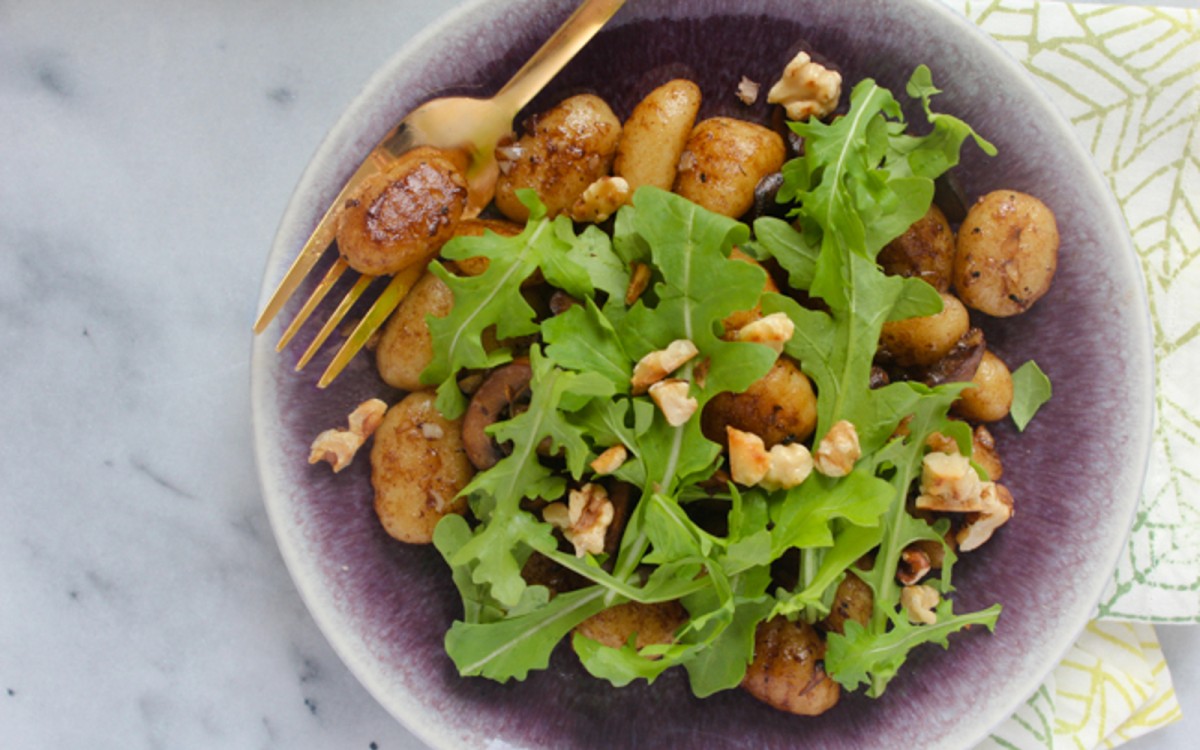 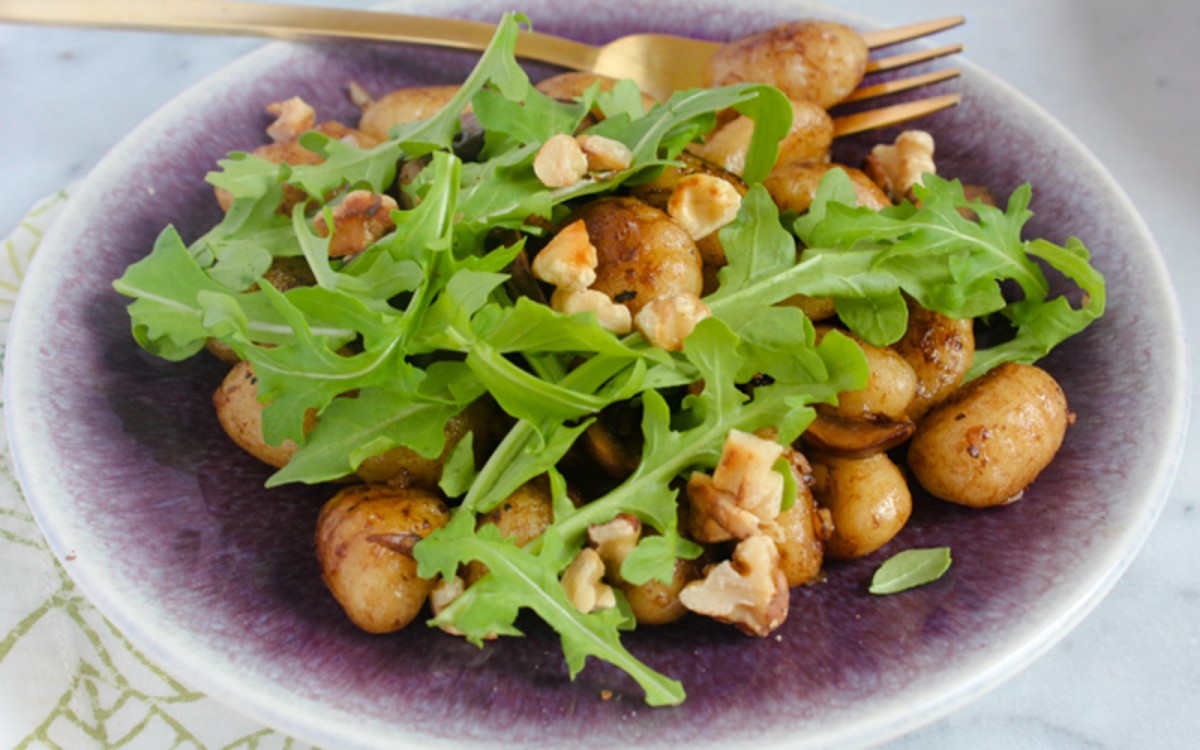 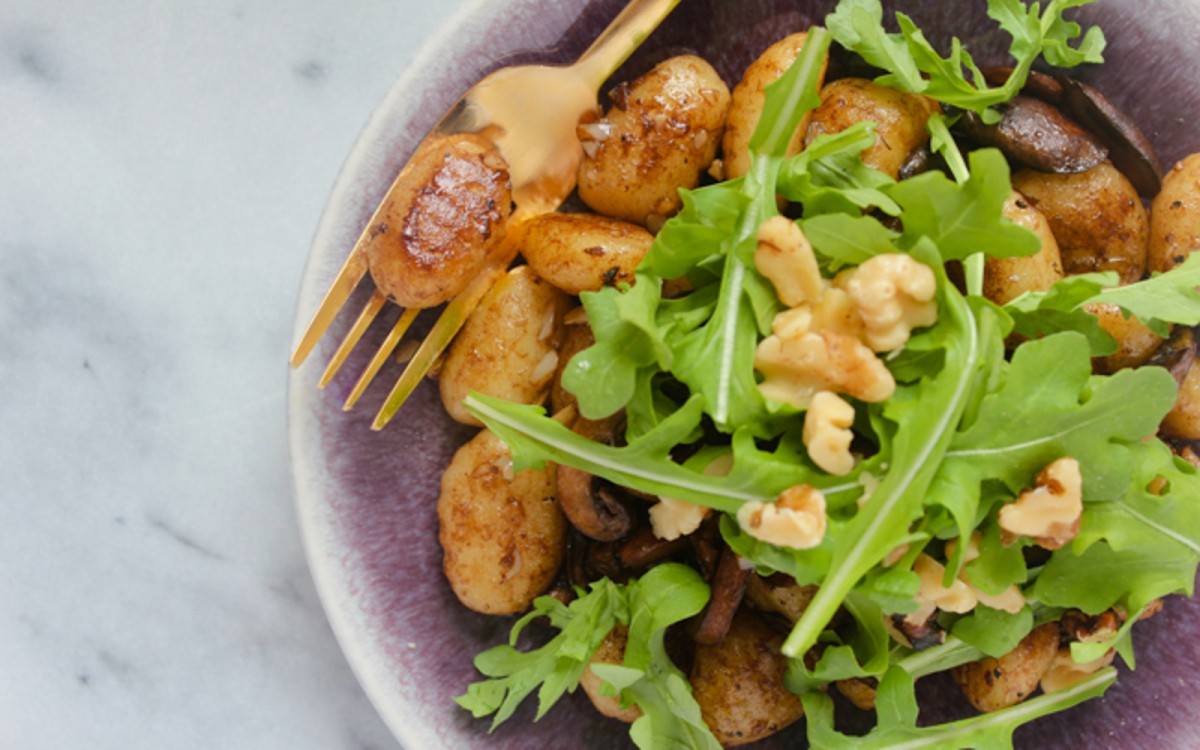 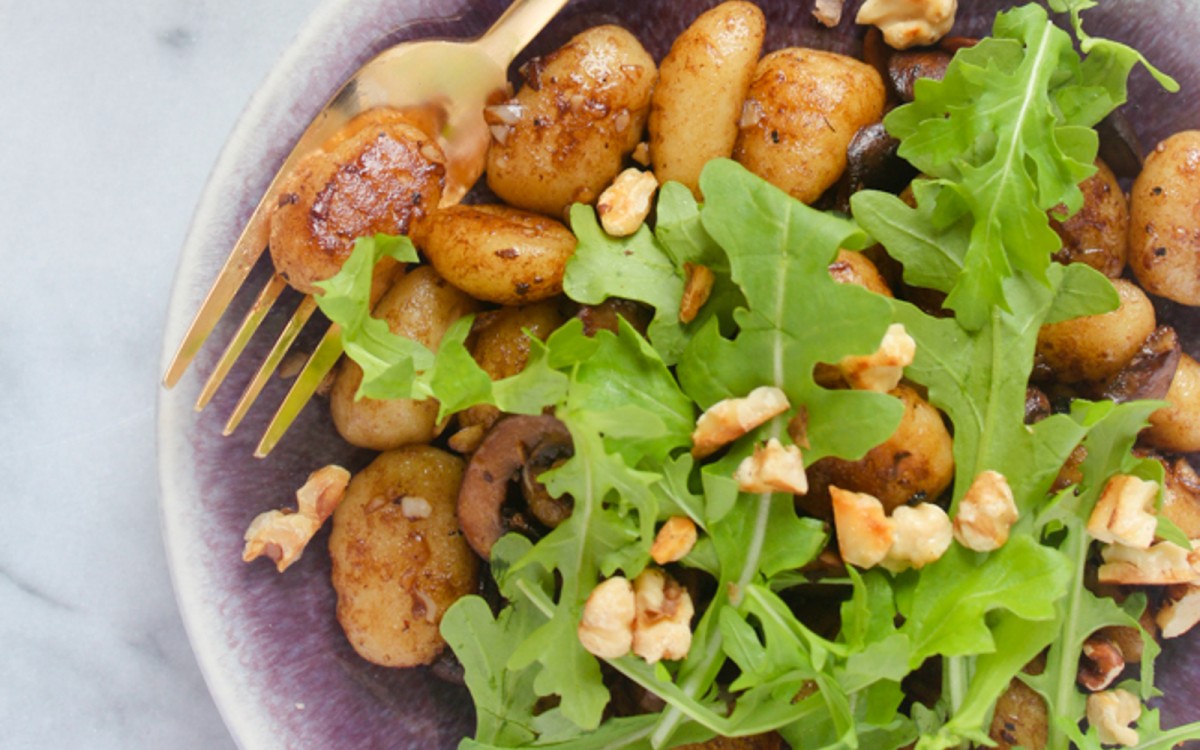 This Italian dish has it all – delicious, indulgent flavor, a variety of texture, and plenty of nutrition! Pillowy gnocchi is pan-toasted until browned and buttery and then combined with caramelized Cremini mushrooms. Add some fresh arugula, rich balsamic, crunchy toasted walnuts, and a big squeeze of lemon and you have an incredible, sophisticated dish that will energize and impress.

Hi, I’m Julia! I’m the author and photographer behind Sprinkles and Saturdays, a plant-based food and healthy lifestyle blog. My goal is to show that plant-based cooking isn’t all lettuce and chia seeds or mile long lists of ingredients and instructions. The recipes I share are happy, healthy, delicious, and simple to make, with many requiring just 10 ingredients or less.