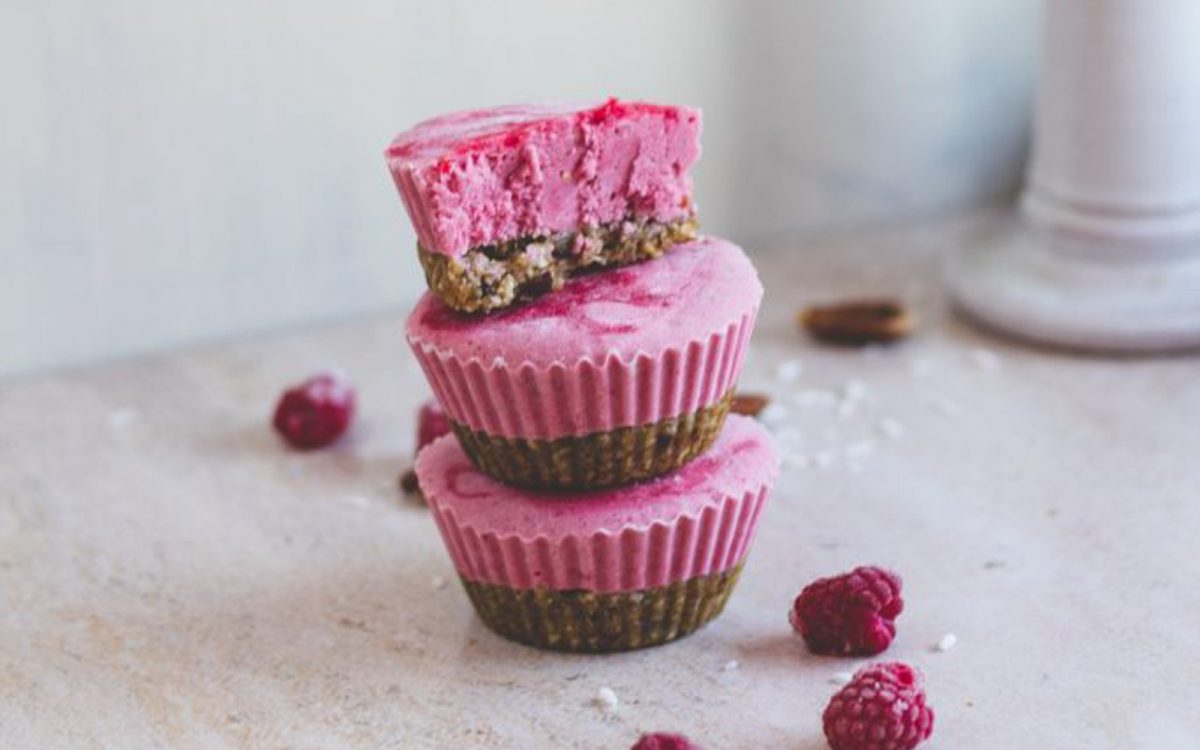 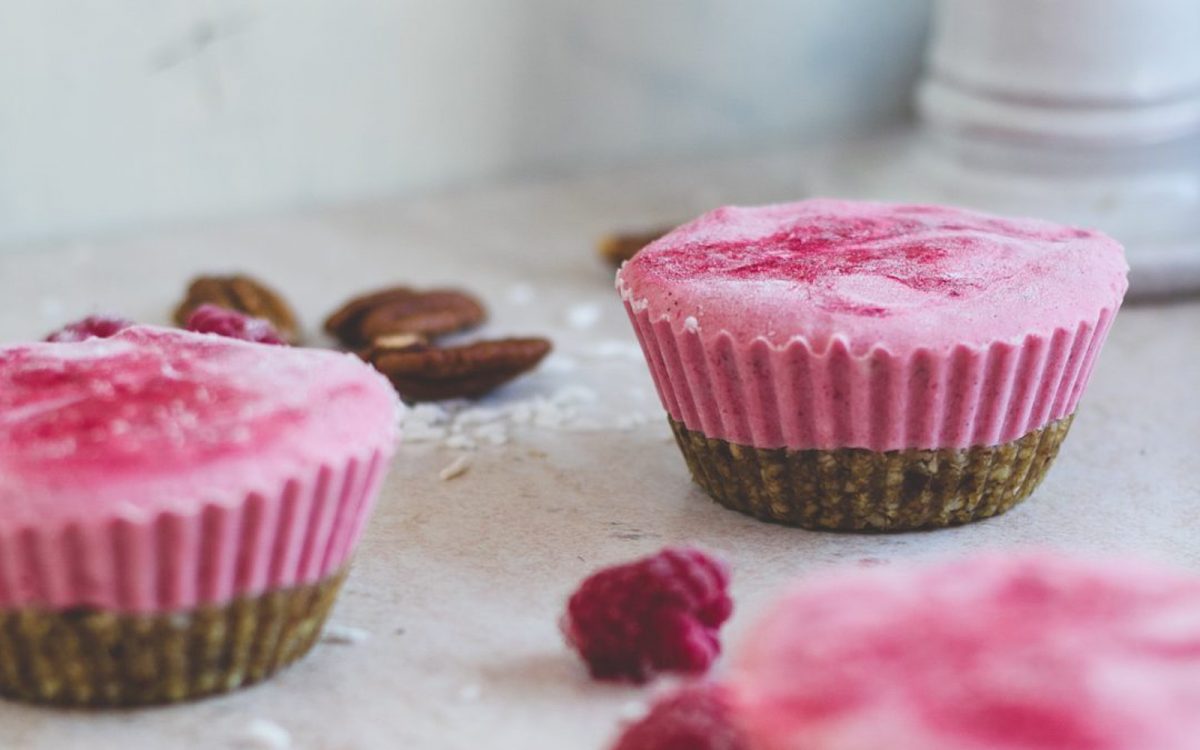 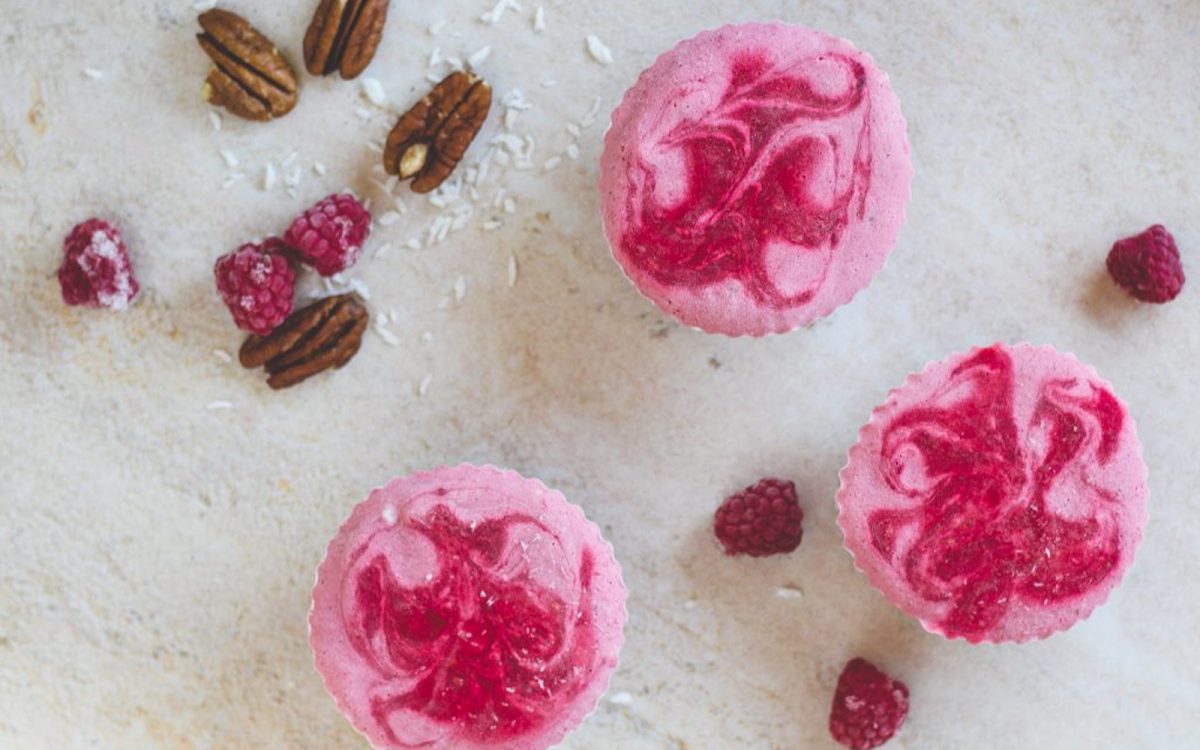 Sometimes you might feel like you want to have a cake. But you don’t really feel like making the whole thing, baking it, and then filling yourself up with a massive sugar dose. These mini cakes are almost raw, low in sugar, fruity, refreshing, and filling. They’re also easy to make because you don’t have to bake them. The freezer will do its job instead. And the beautiful raspberry swirl on the top will make these cakes a hit in any party.

For the Raspberry Swirl: