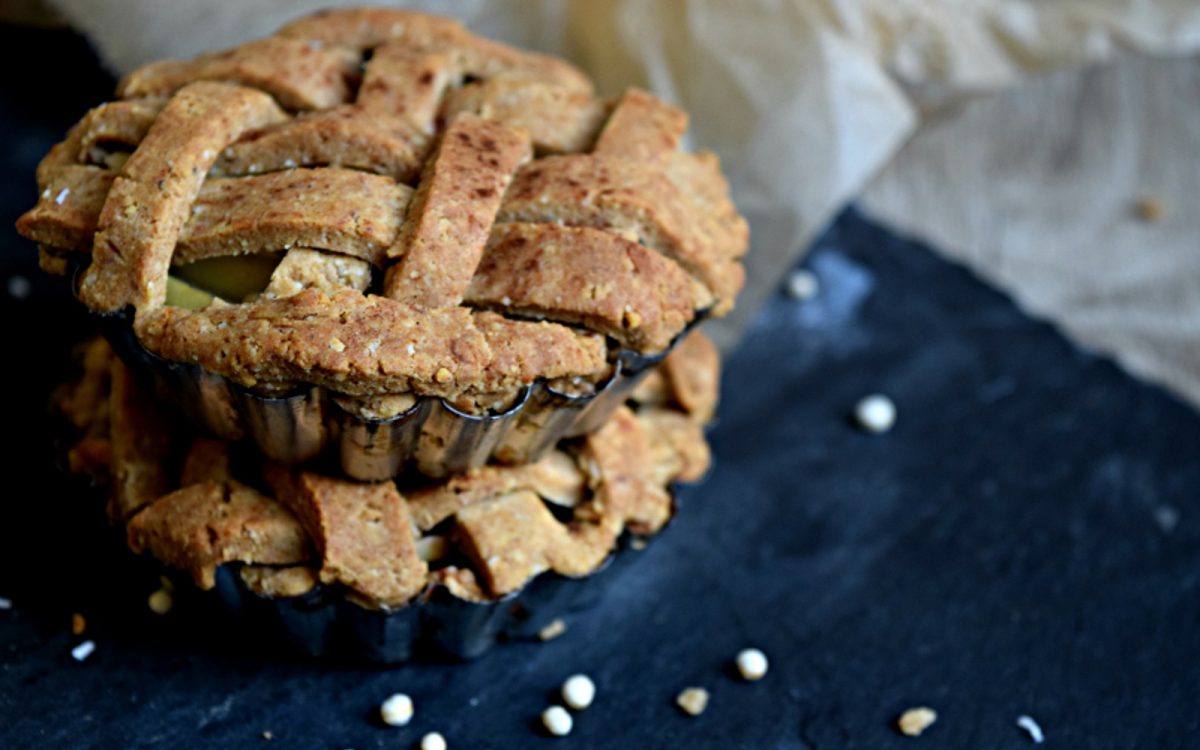 These mini apple pies are ideal for fall when apples are in season, but they are honestly wonderful any time of the year. Plus, you can take any other fruit you dig like peaches, blueberries, or pears and add them to the mix. These adorable mini pies make eating the dessert even more enjoyable because who doesn't adore tiny versions of food?

Total Calories: 2631 | Total Carbs: 468 g | Total Fat: 93 g | Total Protein: 33 g | Total Sodium: 85 g | Total Sugar: 187 g Note: The information shown is based on available ingredients and preparation. It should not be considered a substitute for a professional nutritionist’s advice.

Hi there - I'm Patricia! I love to create delicious and decadent recipes that also happen to be good for you and share them on my blog Nourish My Bliss. And yes, nourishing your bliss is all I'm about! It means that you should nourish your body and be kind to it - but also do what makes you happy! For me, that's being creative in the kitchen, photography and travelling. I have the biggest sweet tooth ever... that's why I could live off breakfast and dessert! I hope to inspire you with my recipes and show how delicious and creative a vegan diet can be.