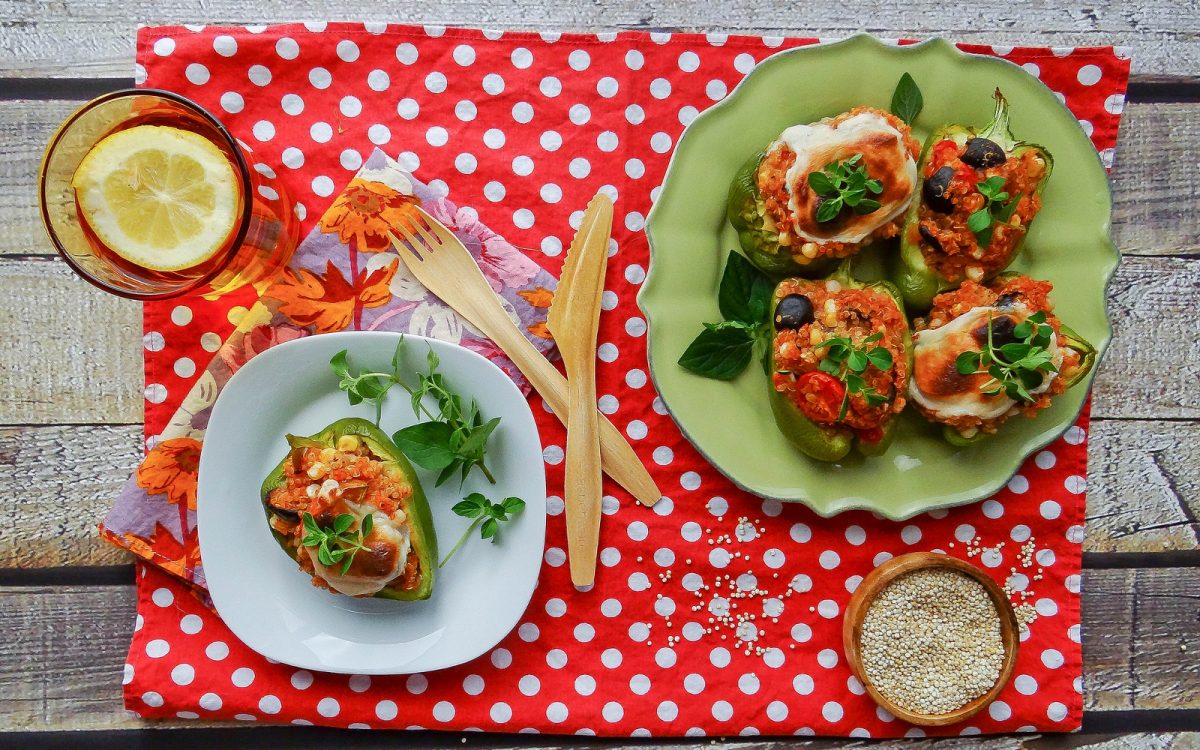 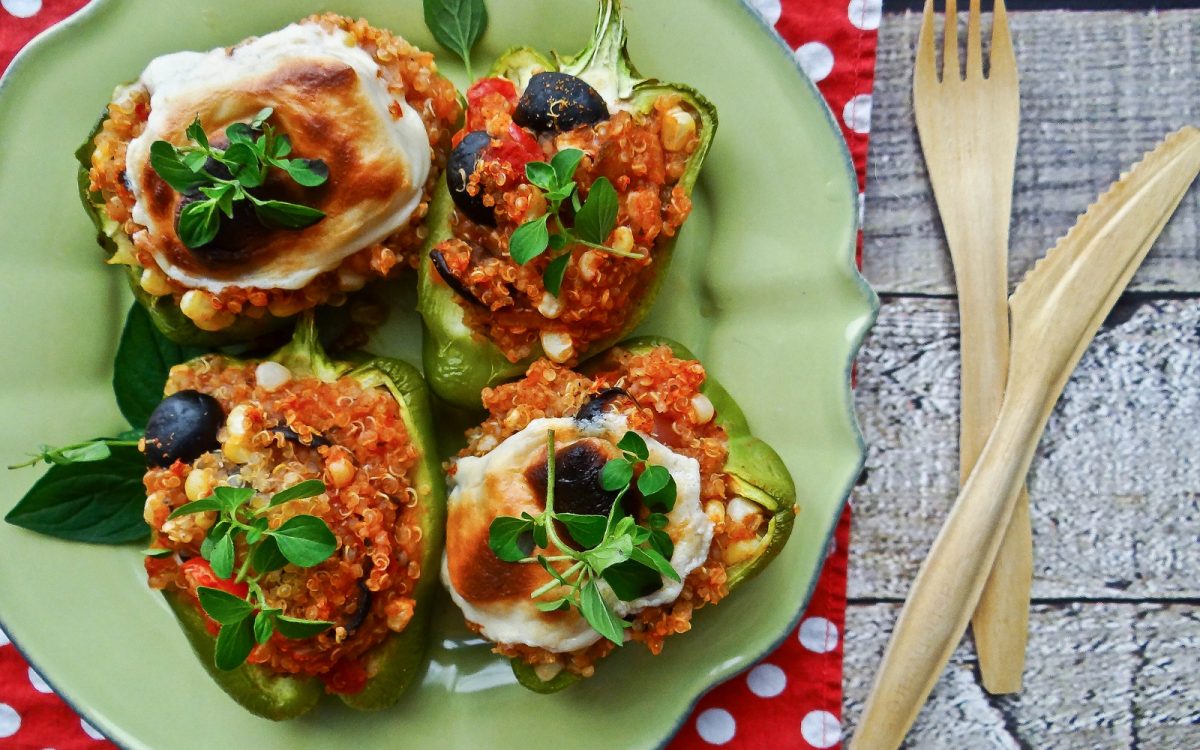 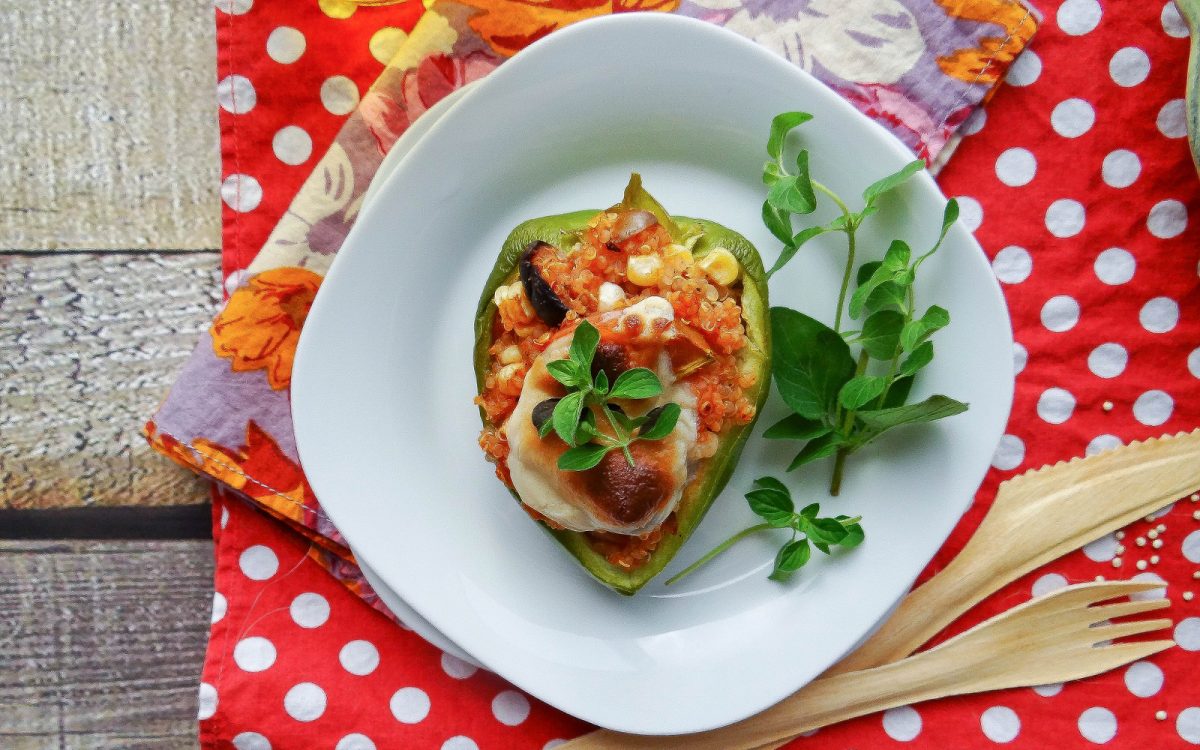 Some nights you just need a quick and easy summer meal. In these quinoa stuffed peppers, fresh corn from the cob, black olives, and cherry tomatoes are added to the quinoa along with a refreshing, spicy salsa. If you want to make them extra tasty, crumble in some vegan pepperjack to the mix.

Tasty and amazing vegan food with an emphasis on fresh, seasonal produce.

Heather Poire, the creator, recipe developer & photographer behind the blog Sunday Morning Banana Pancakes has a passion for sharing with the world how tasty and amazing vegan food can be with an emphasis on supporting local farms & businesses. Heather's work and photography can be seen in VegNews Magazine, Take Stock Magazine, Chickpea Magazine in addition to several online publications