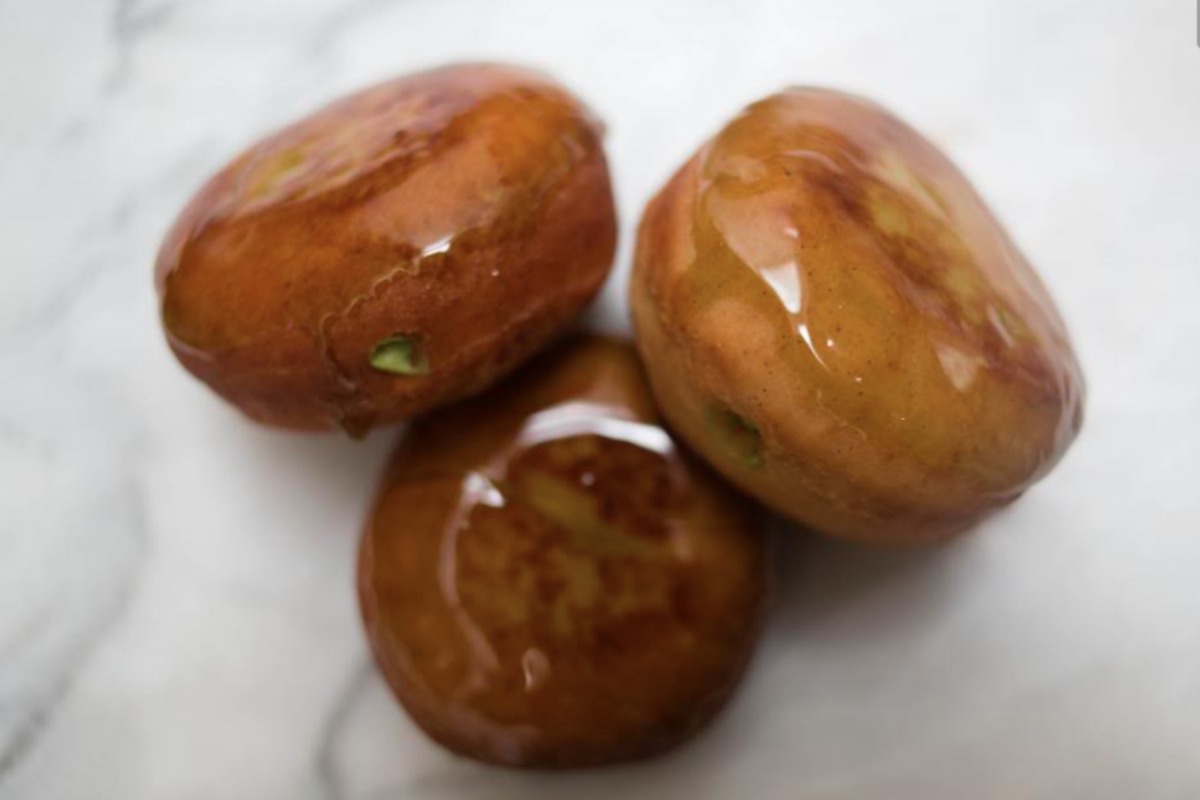 Matcha has three times the antioxidants of other green teas as well as having higher levels than blueberries, pomegranates, orange juice and spinach. Matcha also contains theanine which can help to lower stress levels. So, what better place to use it than in a doughnut?!

Sarah Pether is a 20  something-year-old from London. When Sarah made the decision overnight to become vegan, her health problems like eczema and chronic headaches had that plagued her for years disappeared. Sarah started a blog, Soy Division, with a good friend and fellow vegan (who has since resigned) in order to share recipes, tips and reviews. Sarah is a big fan of dark chocolate, avocados, using too much garlic and finding the perfect vegan mayonnaise.