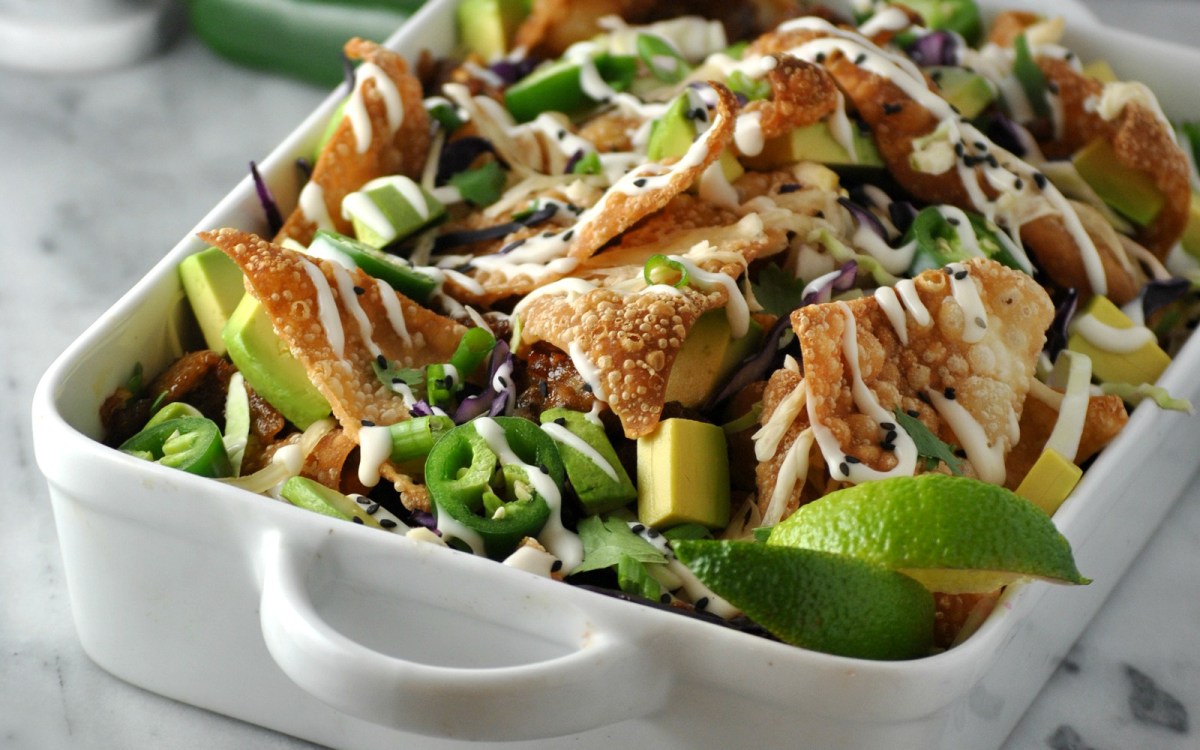 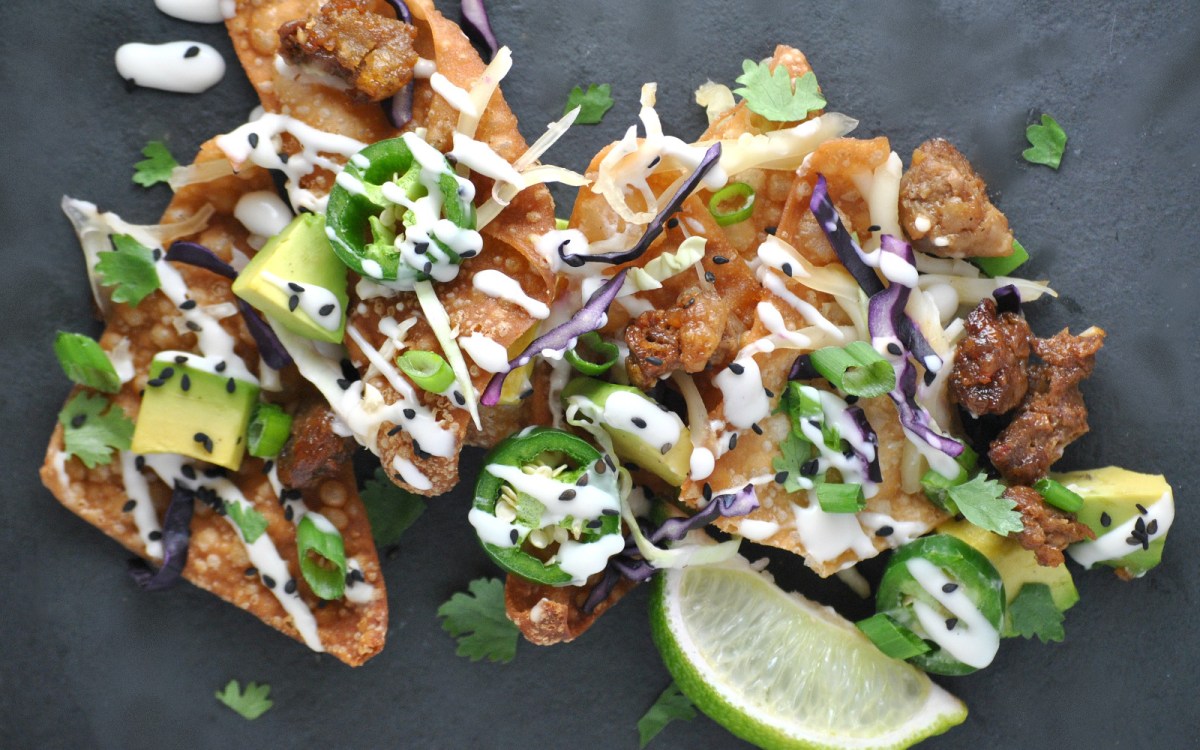 These crispy nachos are fusion food at its finest. Wonton wrappers are sliced into nacho shapes, then baked until crispy and given the works — vegan Korean "pork," barbecue sauce, spicy jalapeños, avocado, and fresh cilantro. Your guests will devour these in an instant.

To Make the Wonton Chips:

To Make the Vegan Pork: