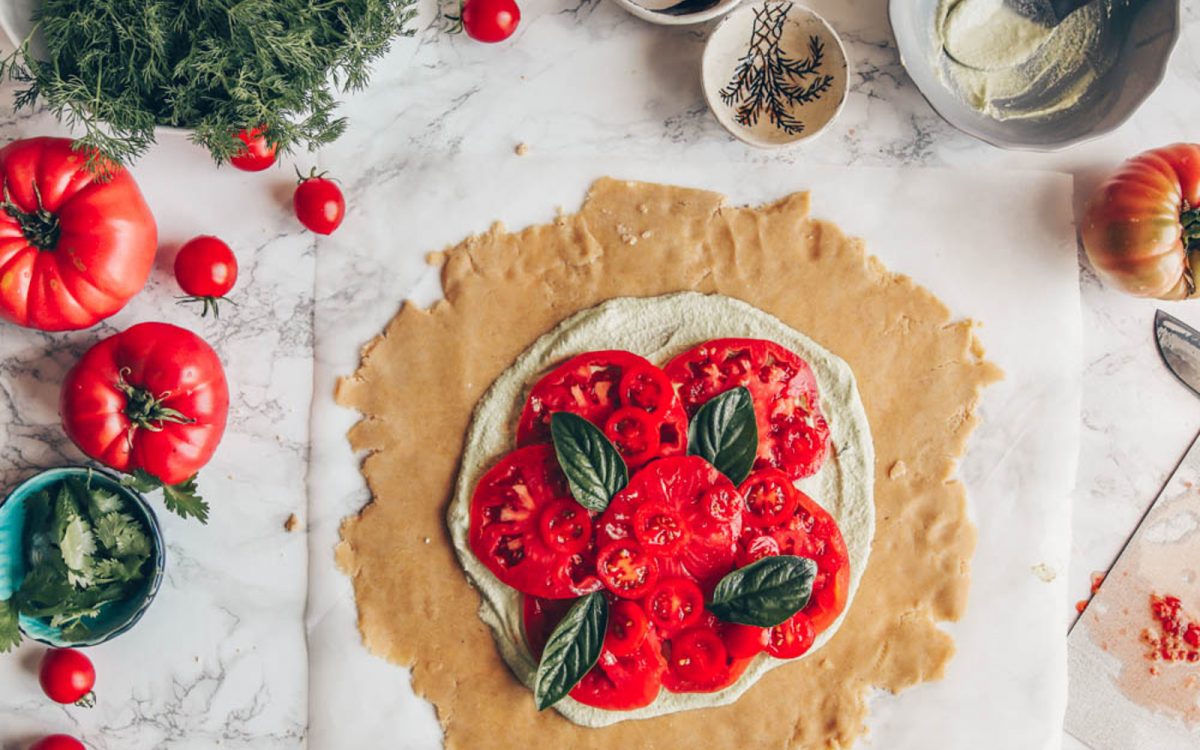 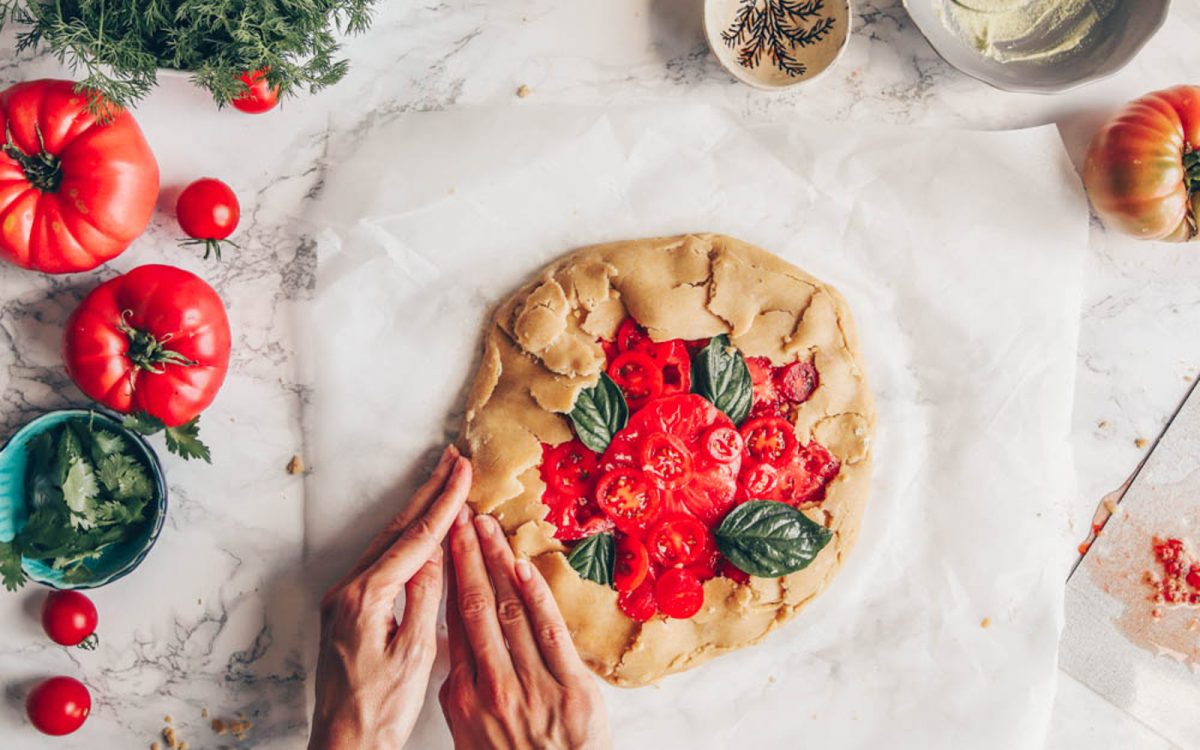 Heirloom tomatoes are on another level of tomato. There is so much depth of flavor, it's like a rainbow of tomato exploding in your mouth. Sounds graceful, but it's honestly delicious. What could be better than having these magical tomatoes in a galette with dill cashew-cream? It's magical alright.

For the Cashew Cream:

To Make the Galette:

I’m Kati, a photographer, food enthusiast and travel lover born in Germany, now living in Istanbul. I love to share my adventures and tasty finds I eat at home and away. I’ve traveled to 5 continents, lived in 9 countries and toured 70 nations. From freshly baked empanadas in Argentina to spicy curries in India and green tea ice cream in Japan I’ve always enjoyed documenting new taste experiences and veganizing those recipes at home.