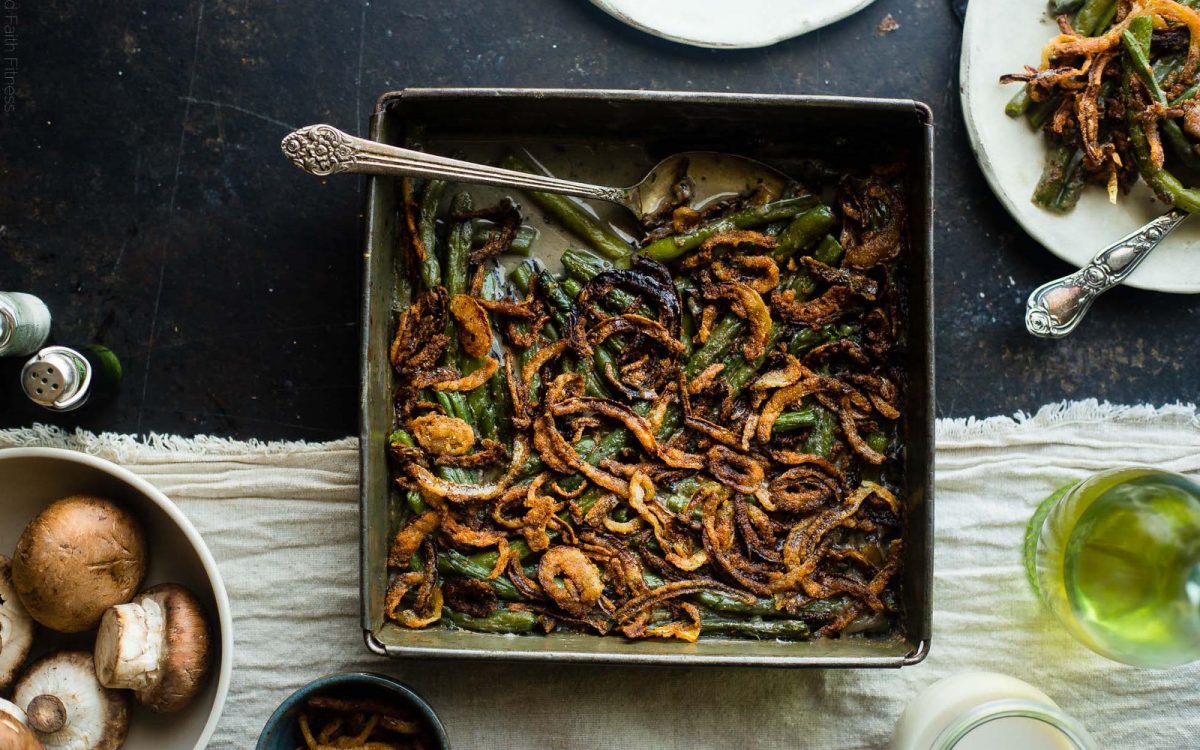 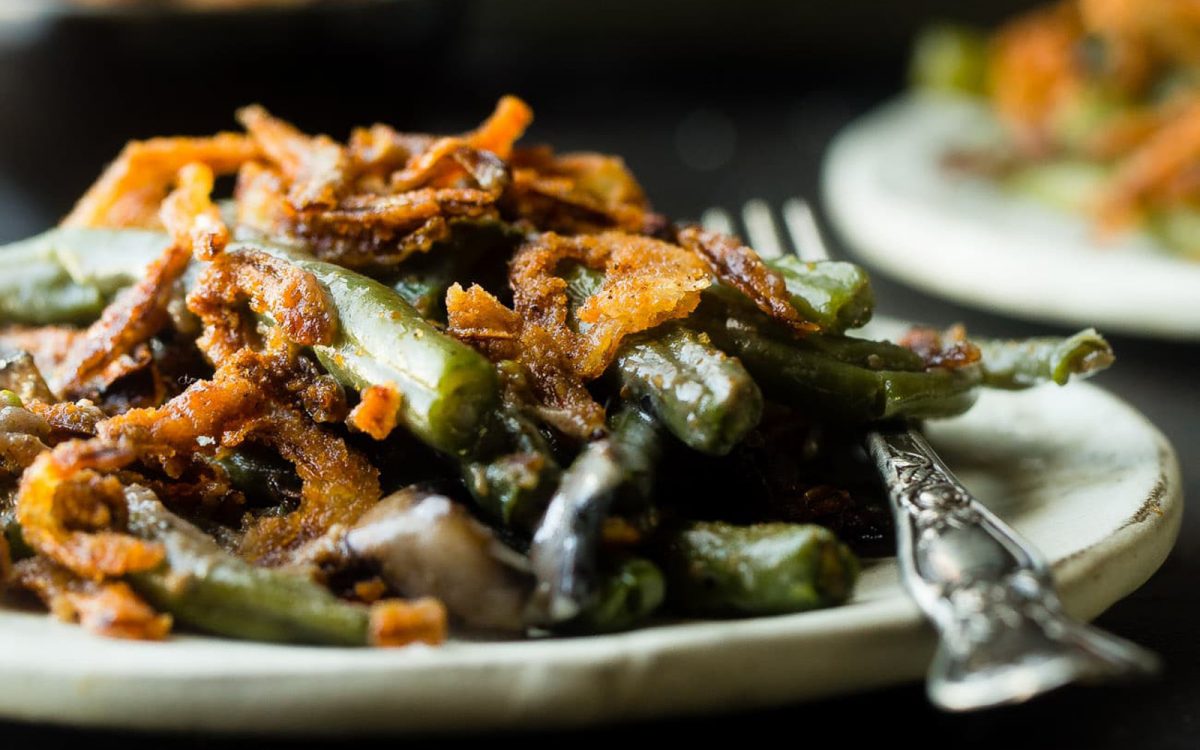 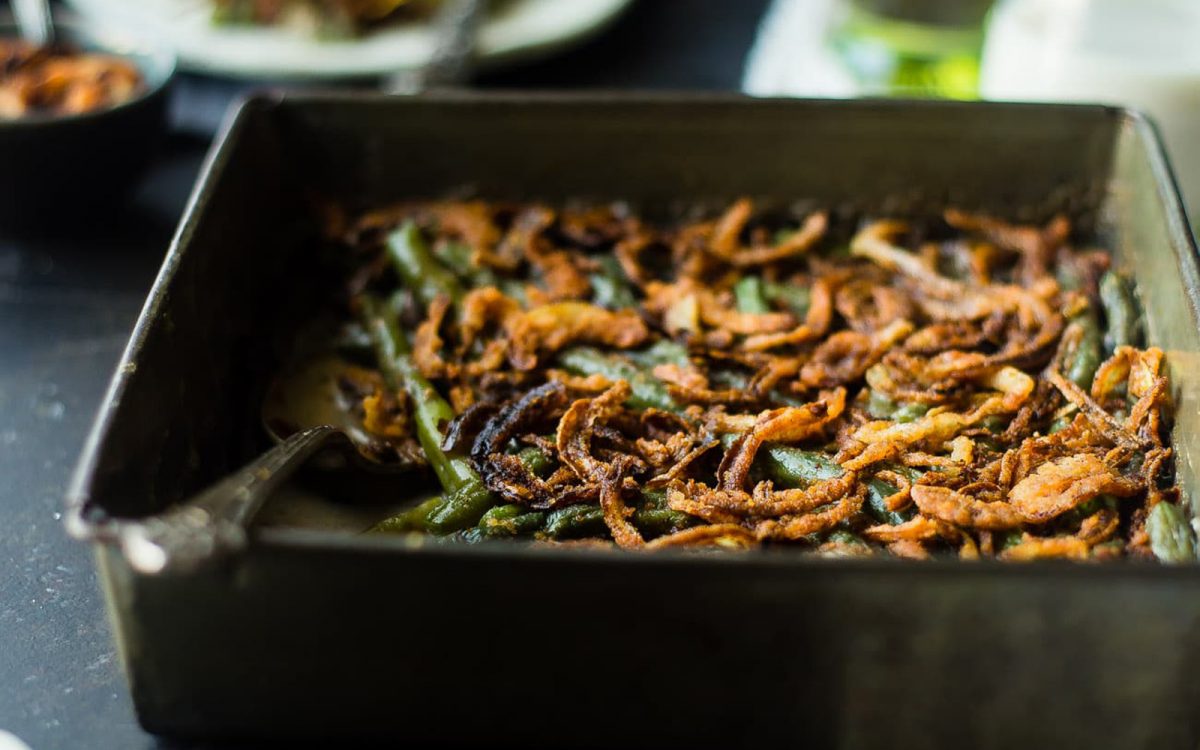 There's nothing like a dish of thick, creamy, and rich sauce hugging crunchy, tender-crisp green beans. You’ll never believe this rich, creamy green bean casserole is dairy-free, gluten-free, and paleo-friendly! Perfect for any Thanksgiving dinner! A mishmash of non-dairy milks simmers together with tender, golden brown sautéed onions and meaty mushrooms to create a velvety-smooth, uber-thick creamy base that gets slathered on fresh green beans and topped with deep-fried onion rings. You're welcome.

Per Serving: Calories: 348 | Carbs: 20 g | Fat: 29 g | Protein: 3 g | Sodium: 72 mg | Sugar: 4 g Note: The information shown is based on available ingredients and preparation. It should not be considered a substitute for a professional nutritionist’s advice.