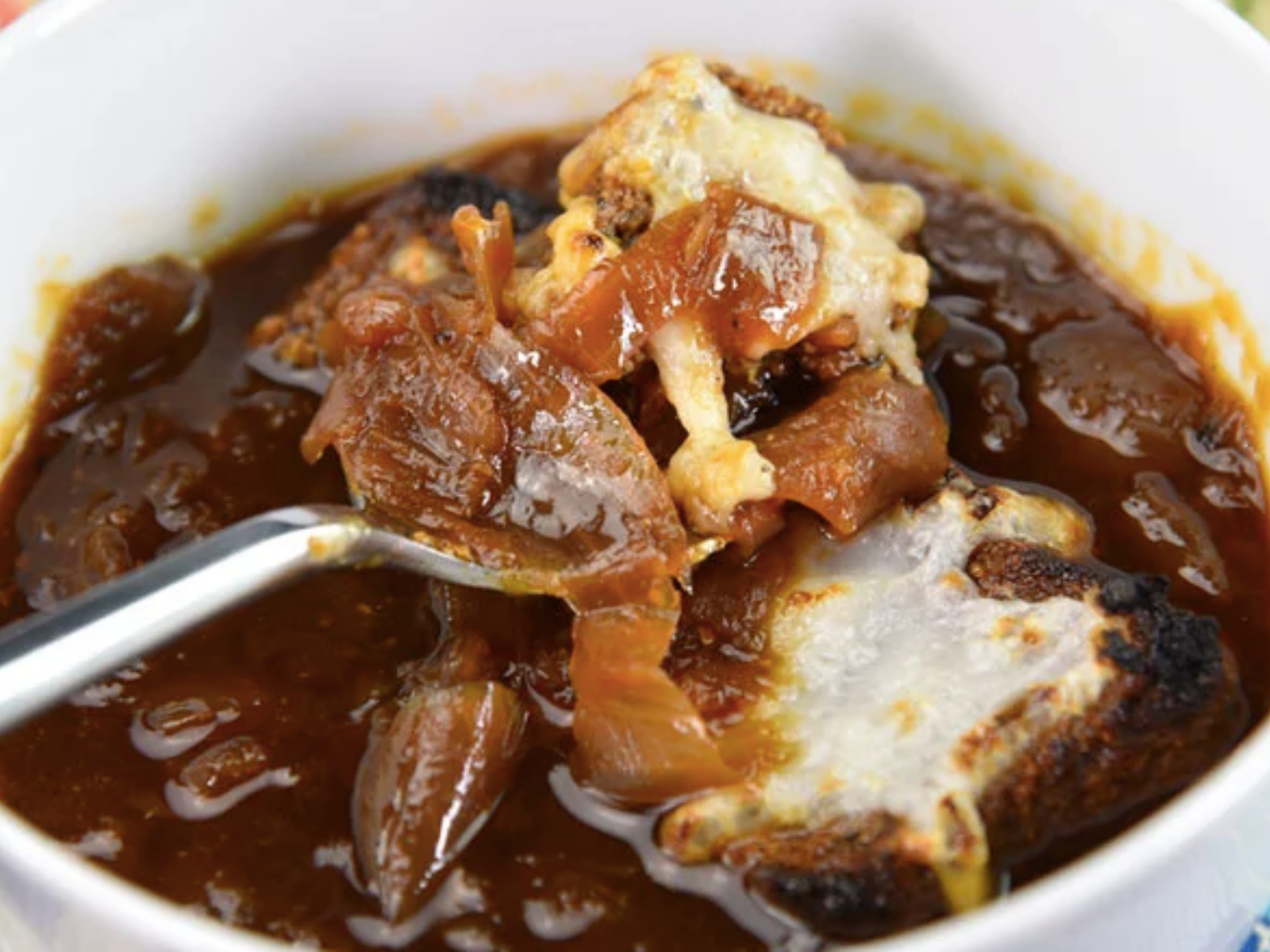 There are many variations of this classic French soup, but this version is the best. It is redolent of sweet caramelized onion flavor and is deeply satisfying. Combining two types of vegetable broths and water added to maximum flavor. We toasted the bread before floating it on the soup to prevent extra sogginess and added a modest amount of vegan cheese so the broth wasn't overpowered. It takes some time to make this soup, but be patient, the result is well worth it.

If using ordinary soup bowls, sprinkle the toasted bread slices with cheese and return them to the broiler until the cheese melts, then float them on top of the soup. You may need 1 or 2 bread slices per bowl, depending on how large they are. For this recipe, it is better to use grain-based gluten-free bread, which is closer in texture to the traditional baguette. Grain-free bread is usually too crummy and tends to fall apart quickly when you put it on top broth. For the cheese, you want to use meltable vegan cheese like Daiya Mozzarella Style Shreds that we used for this recipe. Not all vegan cheeses melt easily, so this is something to keep in mind. Sometimes mozzarella style shreds lack flavor, and you can remedy that by tossing them with some salt, garlic powder, and onion powder. For the best flavor, make the soup a day or 2 in advance. Alternatively, the onions can be prepared through step 1, cooled in the pot, and refrigerated for up to 3 days before proceeding with the recipe.

Just a few years ago, if you told me that I would stop eating meat and other animal products, I would never believe you. Now I am a 99.99% vegan and I look and feel better than ever. I founded my blog Better Vegan because healthy food became my passion and I wanted to share it with other people and inspire them to change their lifestyles for the better.