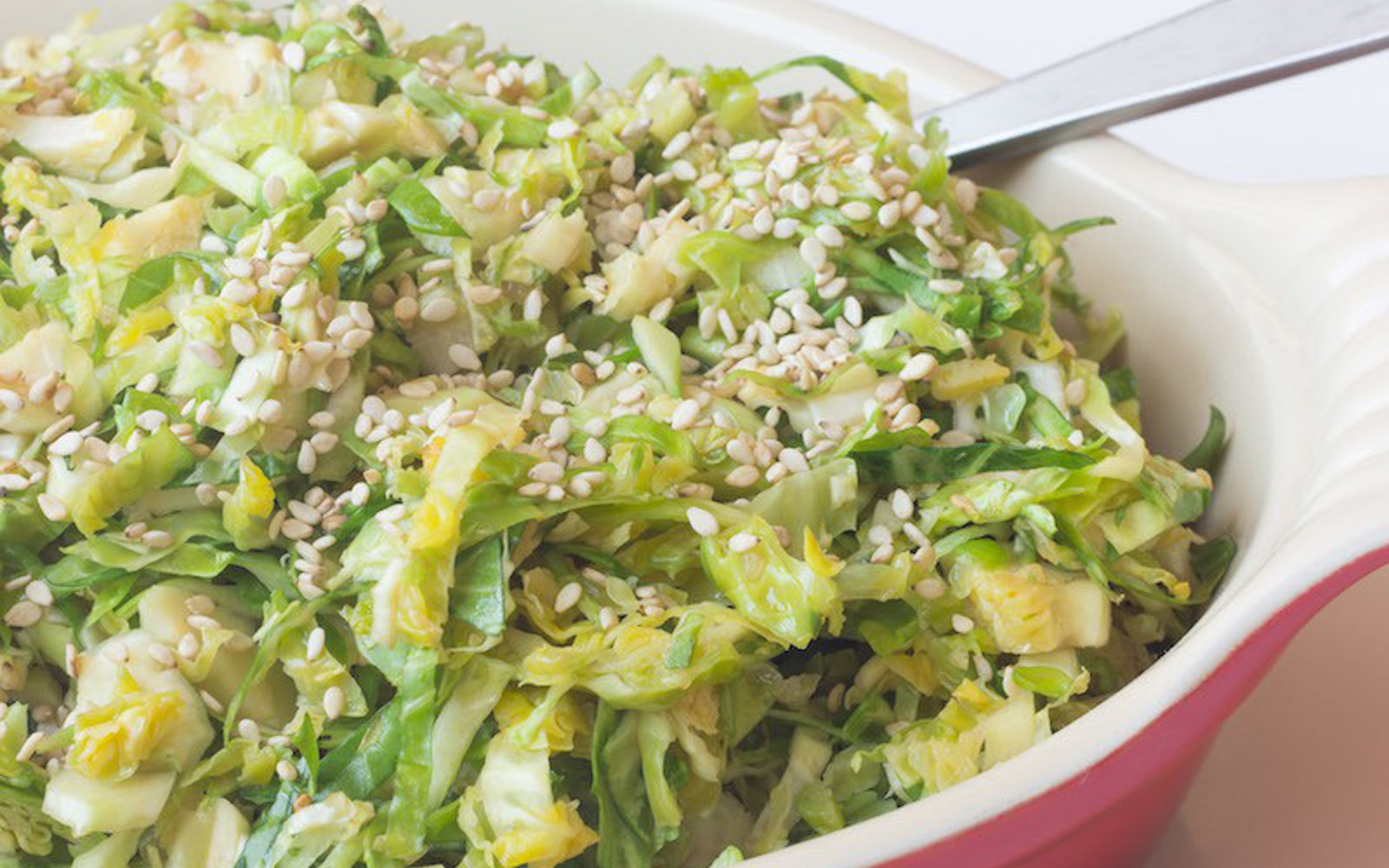 This sesame Brussels sprouts slaw is a vivid alternative to cooked vegetable recipes. It can also be enjoyed as you would any other slaw — piled high on a veggie burger, in tacos, stuffed in a wrap, or alongside some grilled veggie sausage. The only real effort is shredding the Brussels sprouts.