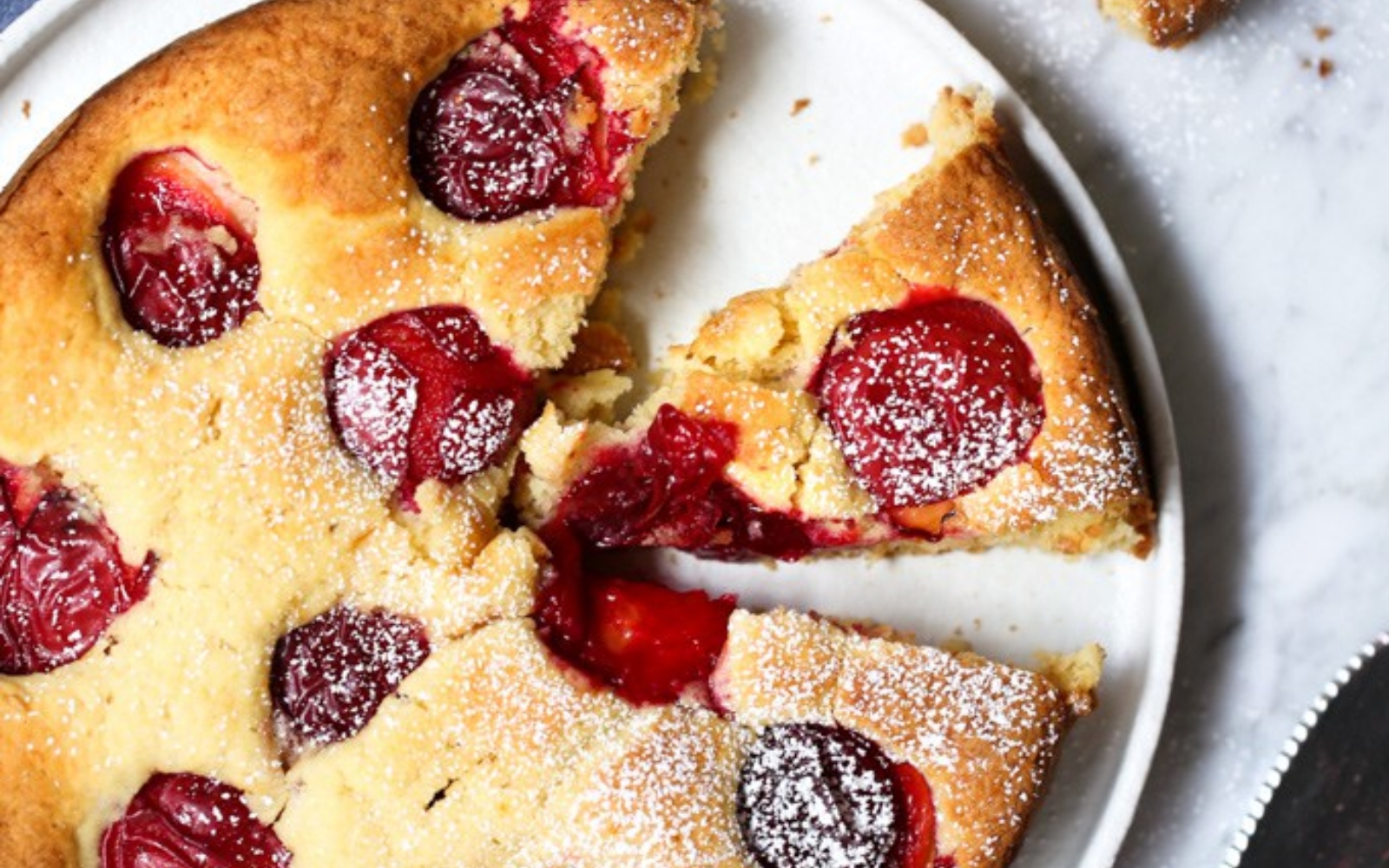 This easy vegan plum cake is very fluffy with hints of vanilla and orange. It only takes 15 minutes to prep and is a one-bowl wonder cake!

After you sift the flour in, you need to gently mix it in until it’s just combined. If you over-mix, the gluten in the flour will begin to activate and that will lead to a tougher, less fluffy cake. So mix until that last bit of flour has disappeared and then add the milk. Again, mix until the milk has just combined and then stop.

Per Serving: Calories: 163 | Carbs: 17g | Fat: 9g | Protein: 2g | Sodium: 108mg | Sugar: 4g Note: The information shown is based on available ingredients and preparation. It should not be considered a substitute for a professional nutritionist’s advice.

I'm passionate about veganism, food, and health and I love to bake using healthy ingredients because I believe that you should be able to eat everything guilt-free! My aim is simple, to create great tasting vegan desserts that you can replicate and serve to your friends and family.