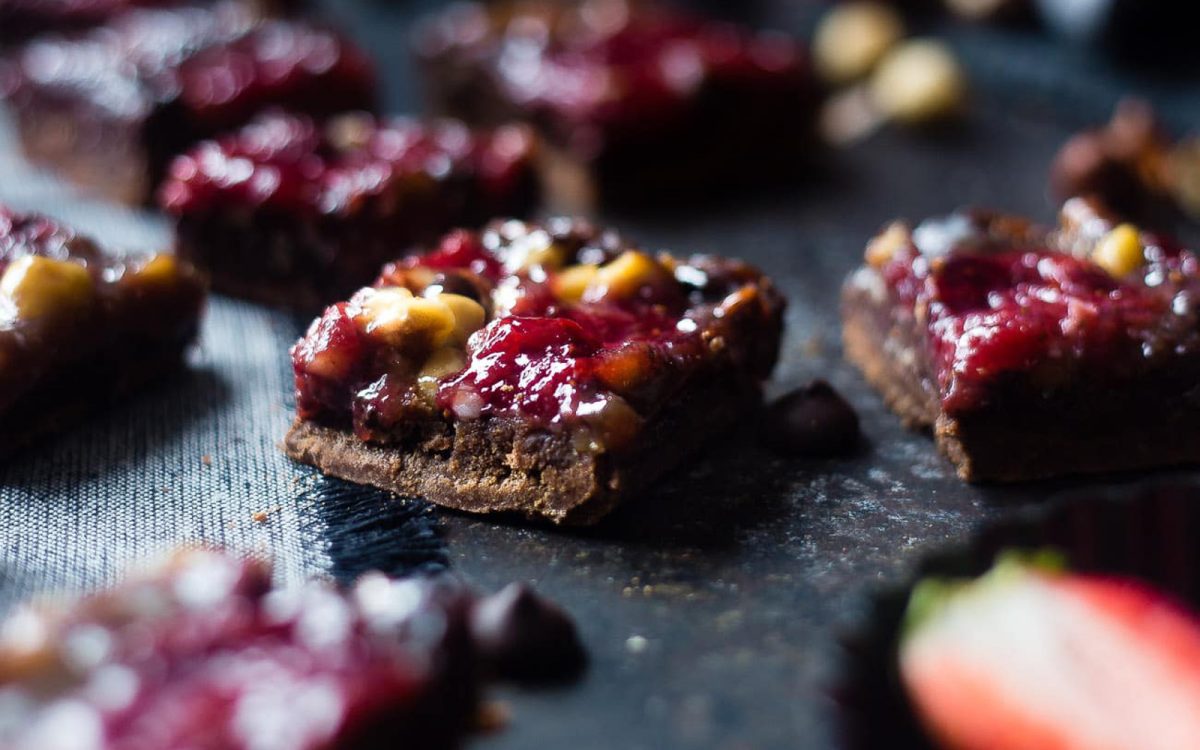 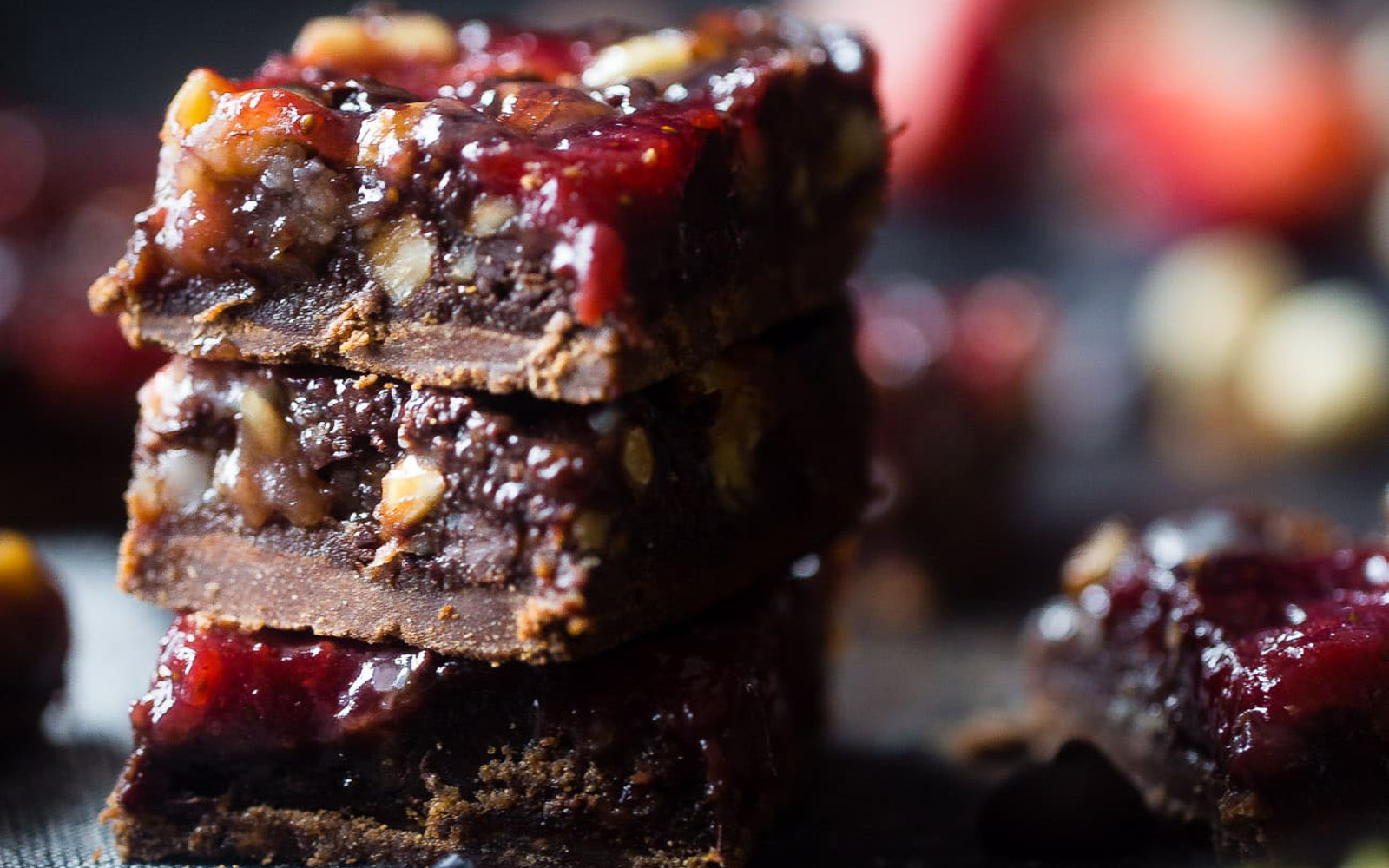 These bars are crunchy, crispy, and packed full of magical flavors and nutrients. They combine silky-smooth melted chocolate, deep, nutty hazelnuts and bursts of fresh strawberries make them absolutely delicious. Plus, they are good for you so they're a total culinary victory.