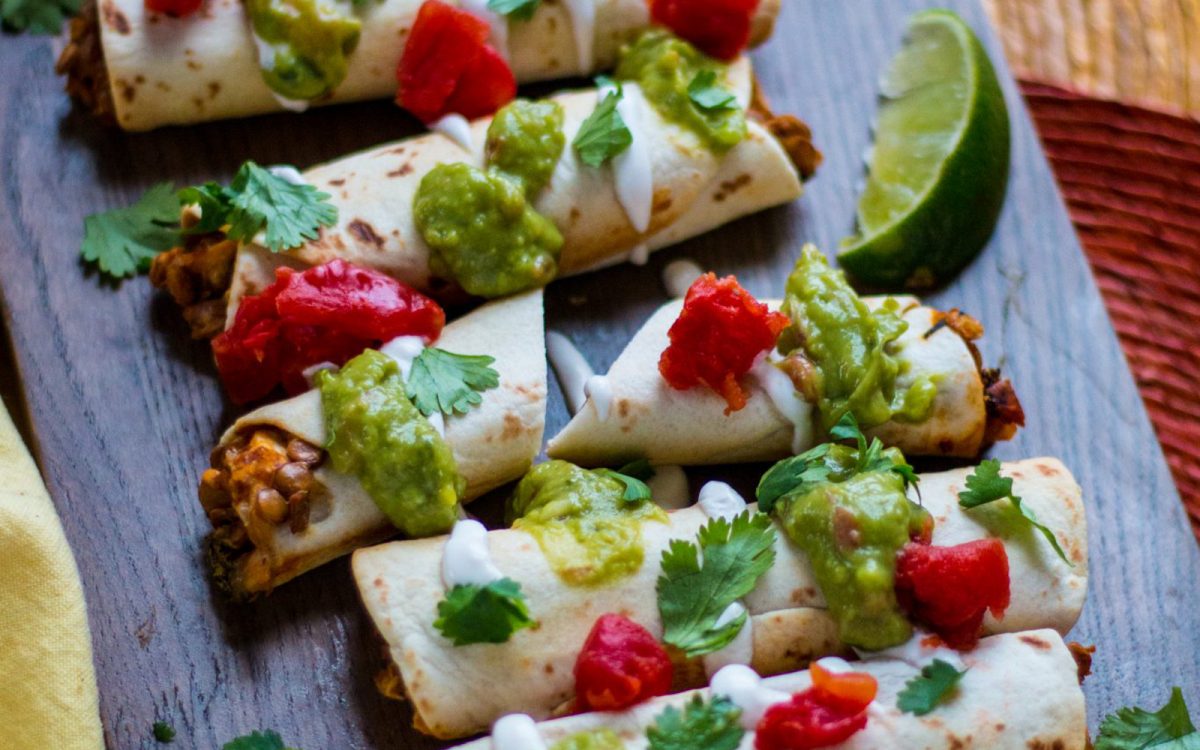 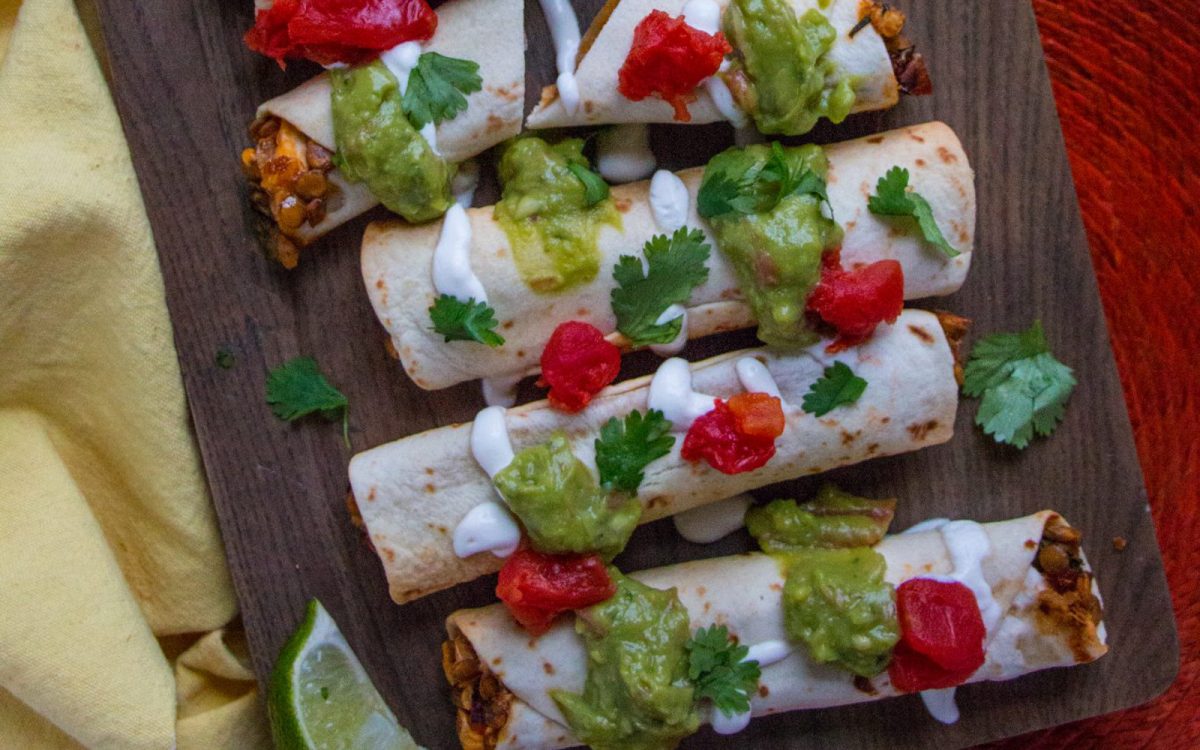 These taquitos are awesome. They’re on the spicy side because of the chipotle peppers, and they’re also not quite as caloric as the traditional Mexican version because they’re baked instead of fried. Both things make them super tasty. Give them a try and see if you agree! These spicy chipotle lentil taquitos make the perfect snack, or even a light meal. They're packed with protein and flavor, and are super easy to make.

Per Serving: Calories: 190 | Carbs: 30 g | Fat: 4 g | Protein: 11 g | Sodium: 113 mg | Sugar: 1 g Nutrition information does not include optional toppings. Note: The information shown is based on available ingredients and preparation. It should not be considered a substitute for a professional nutritionist’s advice.

Welcome to The Nut-Free Vegan, a resource for plant-based eaters who need to steer clear of tree nuts. I’m Steven, a ten-year vegan, and lifelong food allergy sufferer. I work as a food photographer and graphic designer, and I live in Montclair, New Jersey, with my wife and cat. The Nut-Free Vegan can provide a safe space for people to come and find delicious, healthy recipes they can make without the fear of an allergic reaction.