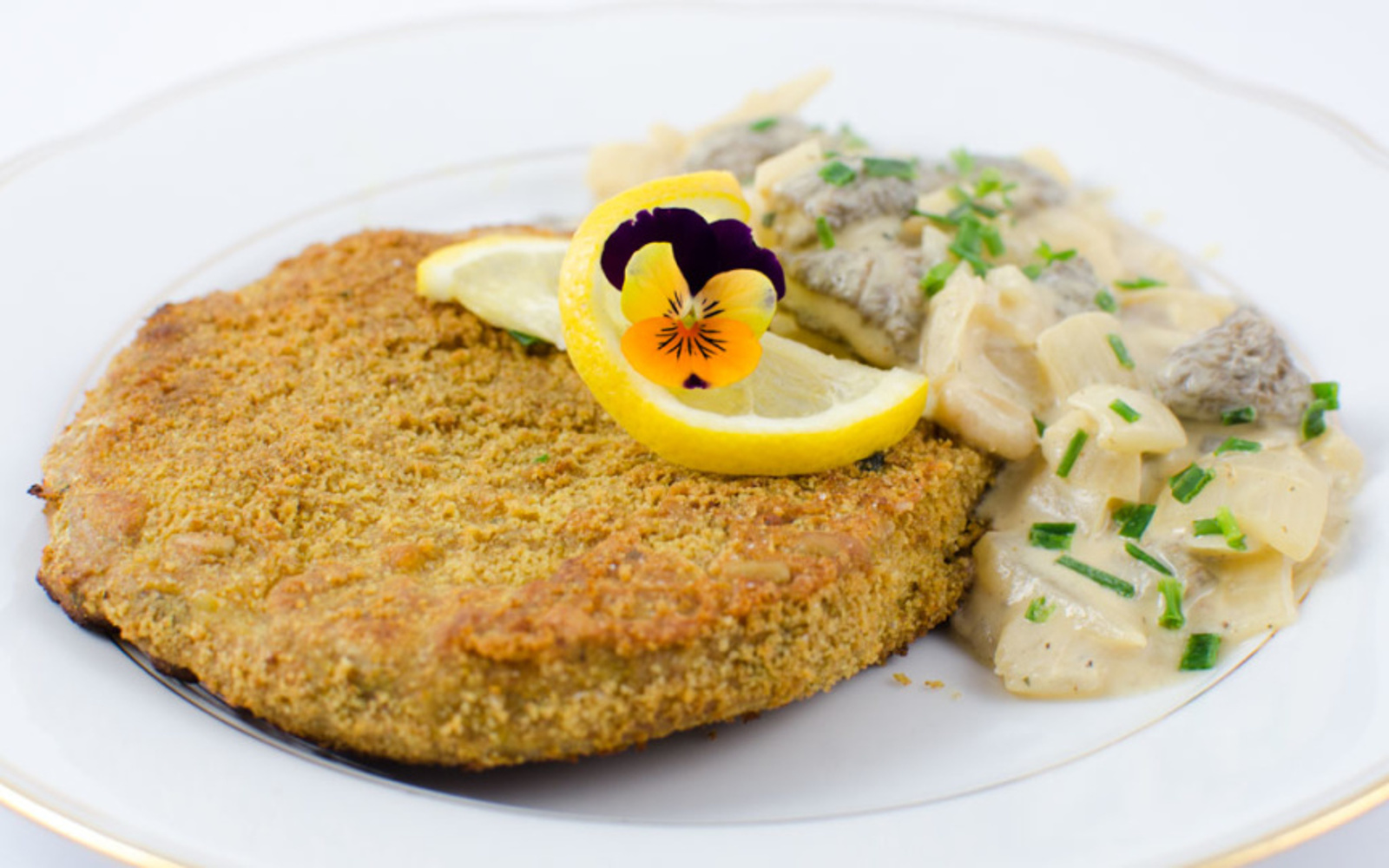 Celeriac, also called celery root, is the perfect candidate for recreating schnitzel, a favorite dish of Austria. When sliced thin and cooked, it becomes tender but retains some firmness. The breadcrumb coating is crispy, the perfect contrast to the creamy mushroom sauce. Whether you are serving guests or a family, this dish is a winner.

To Make the Celeriac Schnitzel:

To Make the Mushroom Sauce:

Lisa is a vegan food nerd and total health freak from Vienna, Austria. Her recipes are simple, cosmopolitan, family approved, and delicious. As the editor in chief and co-founder of the german Online Magazine Veganblatt her goal is to show everyone the bright and tasty sides of veganism. Besides that she is also the founder of the first 100% organic and vegan cosmetic label PURE SKIN FOOD.