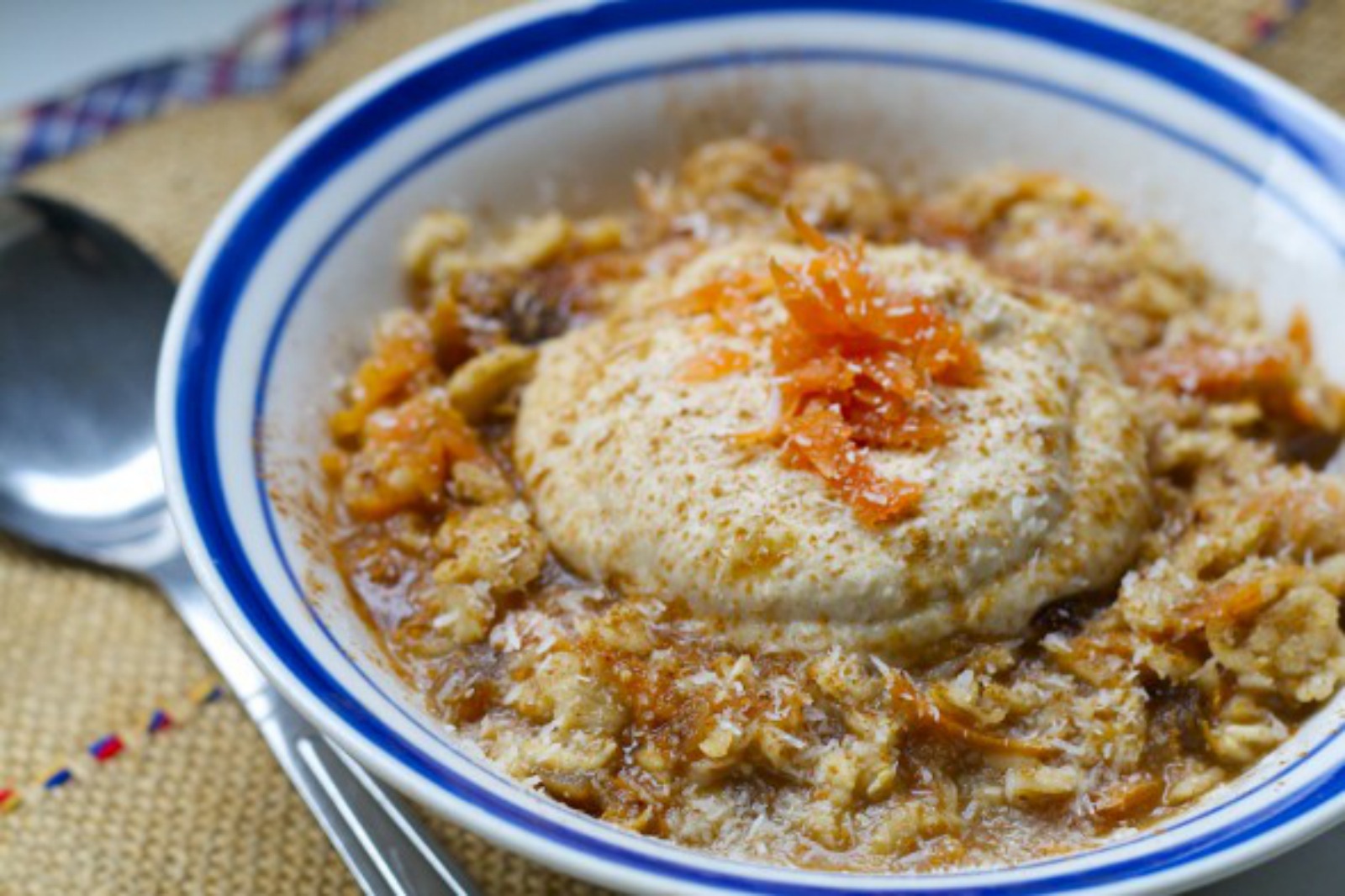 Carrot cake is creamy, decadent, and light all at once. It is such a special cake, so why not make it into super special oatmeal? This has all the same sort of flavors while containing faaaaar less sugar and of course, no flour. There's even a craaaazy good ginger spiced cashew cream to mimic the cream cheese icing that a carrot cake would have. Obviously, this isn’t an exact substitute for carrot cake, but if you can eat a healthy breakfast that tastes like cake, don't complain!