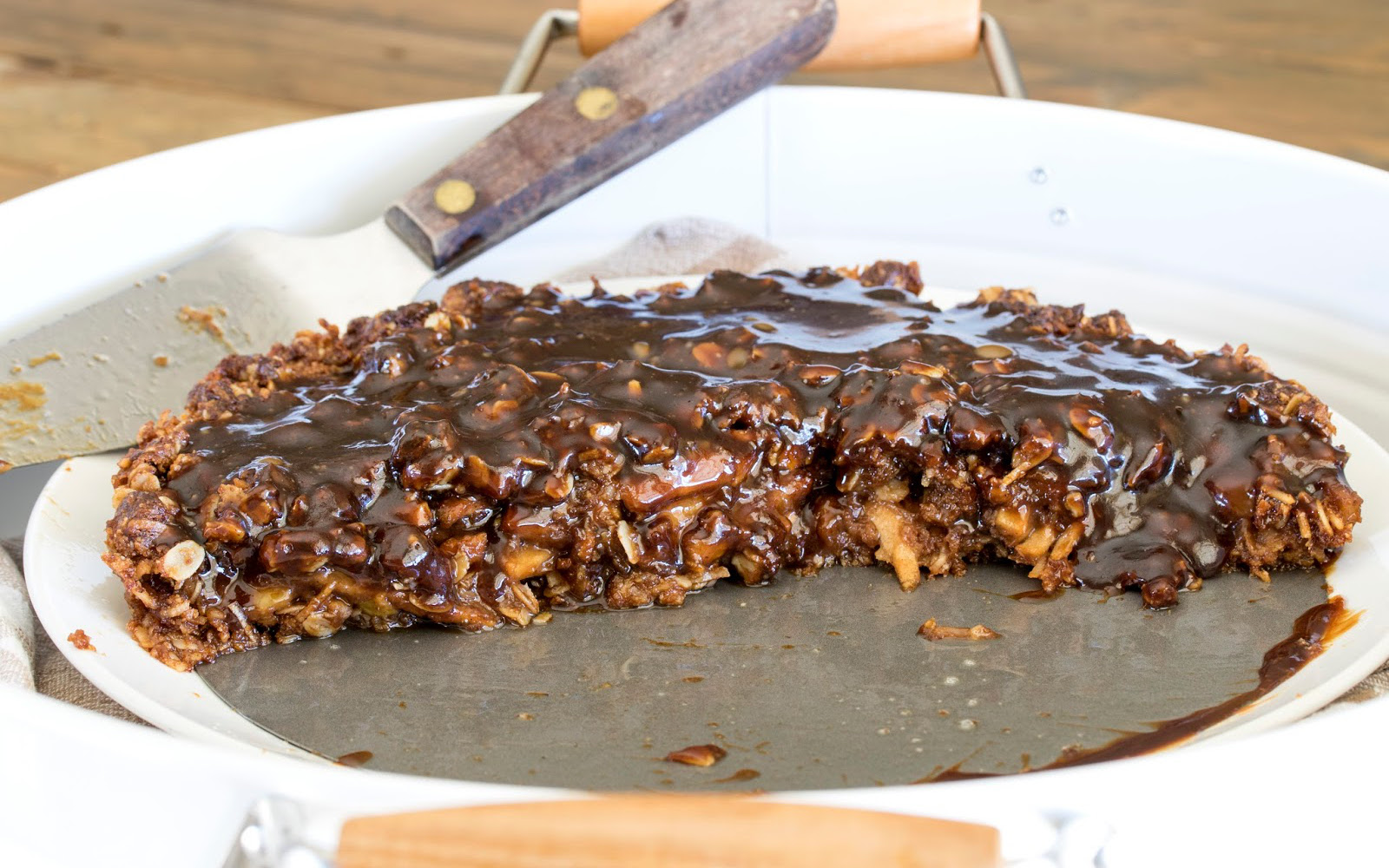 If you're looking to wow your guests, look no further than this ooey gooey, rich apple crisp. This crisp is completely balanced: the base and the top are nice and crisp and crunchy and the apple and caramel give it the gooey, chewy contrast. If you're craving that fall apple, cinnamon, leaves falling, warm feeling, this is that feeling in a dessert.

For the Crust and Topping:

For the Caramel Sauce Topping:

You will need to make the caramel sauce before beginning the apple crisp bars.

To Make the Caramel Sauce:

To Make the Crust and Topping:

To Make the Apple Filling:

Lover and creator of Karen Luvs Life, a food blog featuring tasty treats made with real food! My passion is to re-create recipes straight from what nature has provided us with and then devour them with a positive mindset knowing that we nourish our bodies with every tasty bite. My vegan creations include raw, paleo, gluten-free, and grain-free versions of everything wicked, made as healthy as possible whilst maintaining the amazing taste and wow factor.