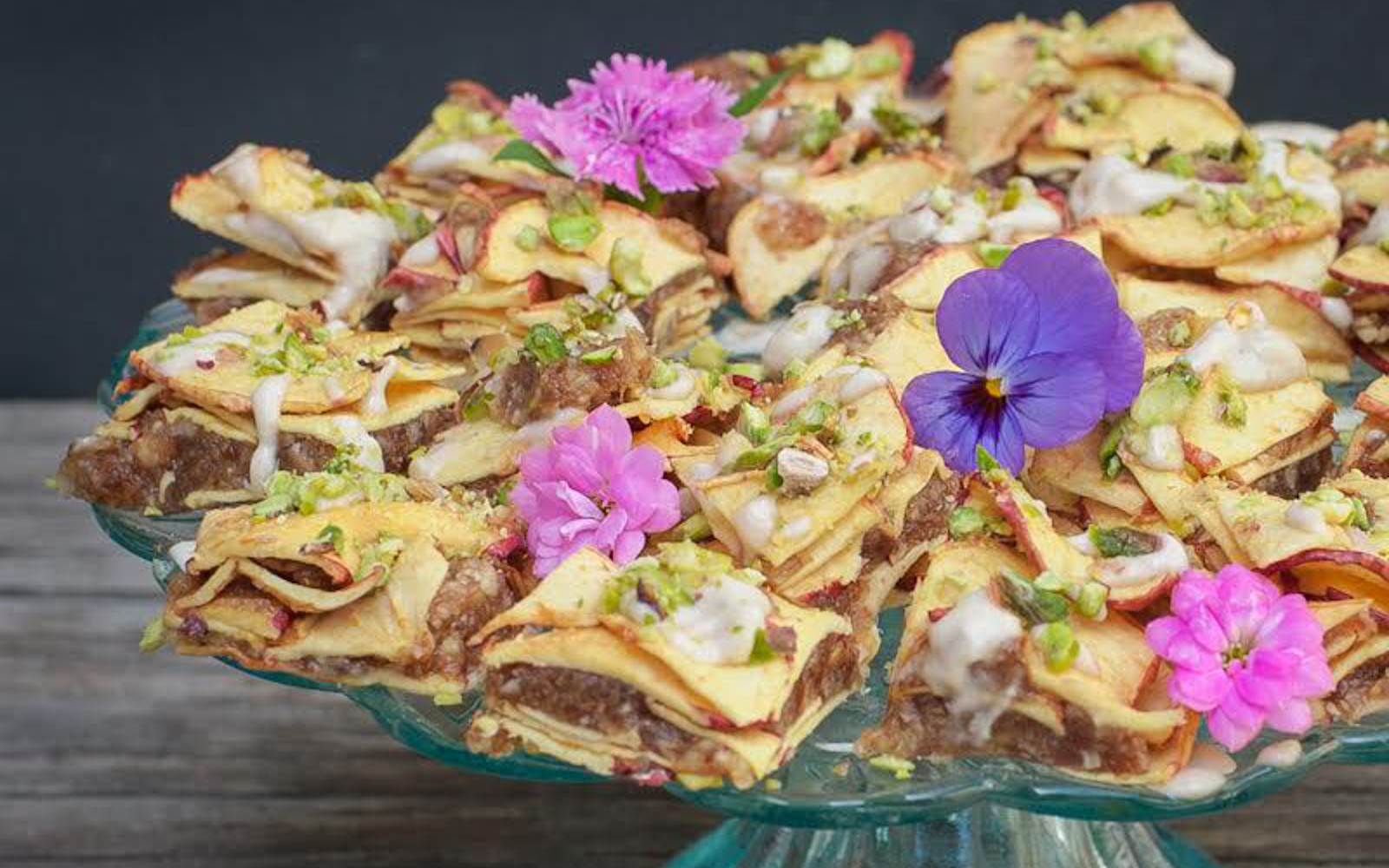 Originally from the Ottomon Empire, baklava is a rich, sweet pastry made from layers of filo filled with chopped nuts and sweetened and held together with syrup or honey. This raw baklava recreates the recipe using only plant-based ingredients. Apple chips are layered with a date and walnut paste, drizzled with a creamy vanilla sauce, and topped with chopped pistachios. This dessert is truly out of this world.

For the Vanilla Sauce:

Lena Ksanti is a Recipe Developer and Nutritionist in PureVeganFood. She wants to show how fresh, healthy and exciting raw vegan dishes can be created with ease and to inspire others to make healthier food choices. Lena was featured in The Huffington Post as one of the “17 Vegan Instagram Accounts You Should Definitely Be Following” in February 2015. The Healthy Mama Magazine featured Lena as a contributor in several editions in 2015. Lena teaches healthy-living cooking classes and counsels clients around the country to help them become more energetic, radiant and vibrant. Lena is a graduate of Cornell University’s Plant-Based Nutrition Program based on Dr. T. Colin Campbell’s The China Study. She was trained in Matthew Kenney Raw Culinary School. Lena is the author of PureVeganFood: Desserts. Nutritious Naturally Delicious Raw Delights, creator of PureVeganFood. and she lives with her husband and two kids in Laguna Beach, California.