Why the Future of Artisanal Cheese is Vegan

There’s a huge trend these days for things that seem just a little fancier than usual. Things that are made with unique and unusual ingredients, crafted by hand in small batches. We use words like “boutique,” “artisanal” or “gourmet” when we reference them and generally consider them a cut above the commercially mass produced fare that we find so abundantly in our local grocery store. When it comes to artisanal vegan cheese-they most definitely are. 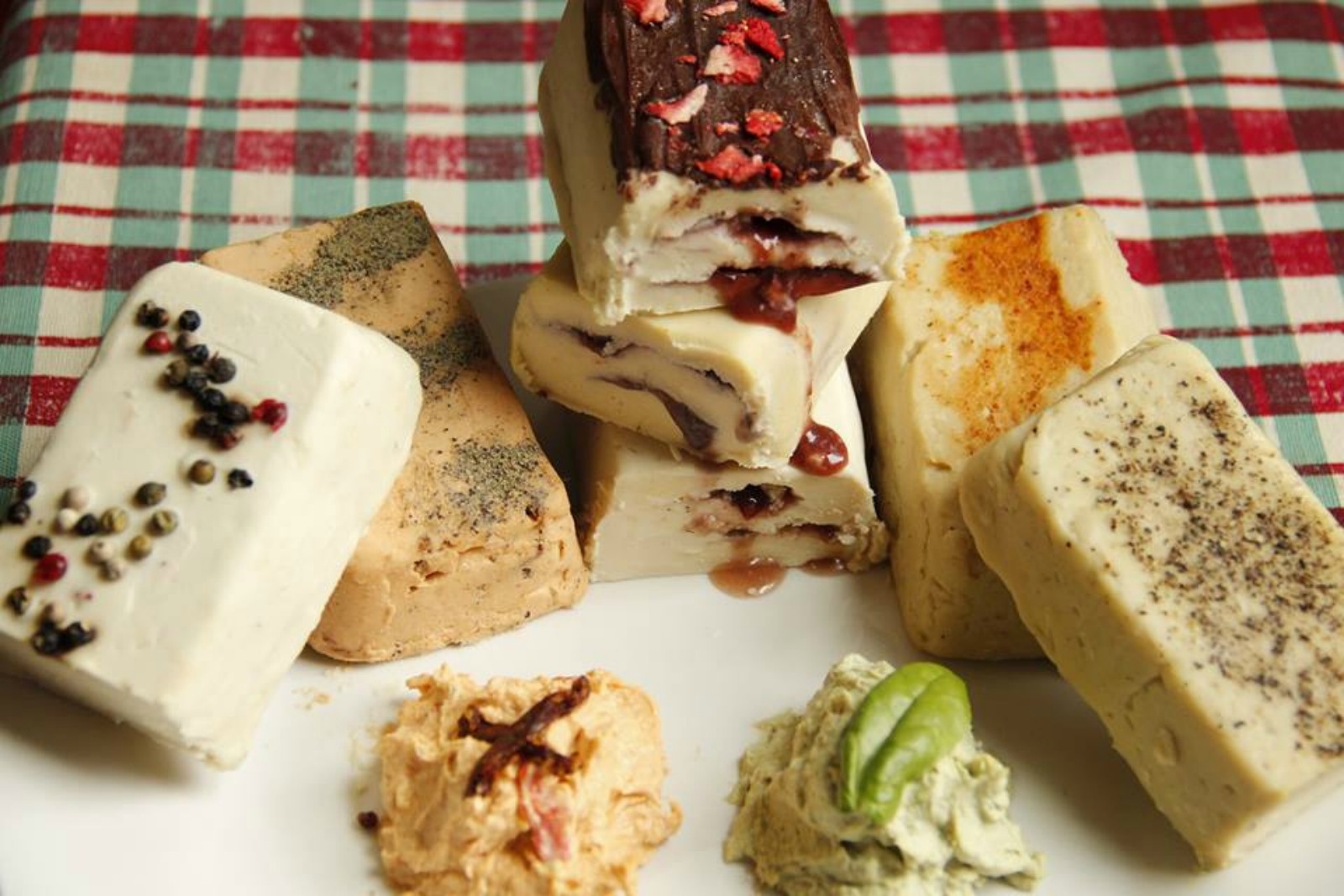 Gone are the days when casein-filled cheese-like shreds or sort of sour, kinda cheese-ish slices provided the only options for those who wanted to keep the ooey gooey stuff off of their plates. Vegan cheese has gotten the full cottage industry treatment as of late, with offerings popping up all over the country touting ingredients like cashew or brazil nuts, chia seeds, herbs and spices.

Forward thinking companies are turning out creamy and inventive offerings to slather on a cracker or grill in a sandwich. Arguably two of the biggest trailblazers, Miyoko’s Kitchen and Dr. Cow are getting lots of attention for selections like Smoked Farmhouse Rarebit and Organic Aged Macadamia Cheese respectively. Dr. Cow even has a brick and mortar store in Brooklyn, New York which has potentially started a whole new trend with the recent addition of Vromage in Los Angeles, California opening it’s doors to connoisseurs on the opposite coast. 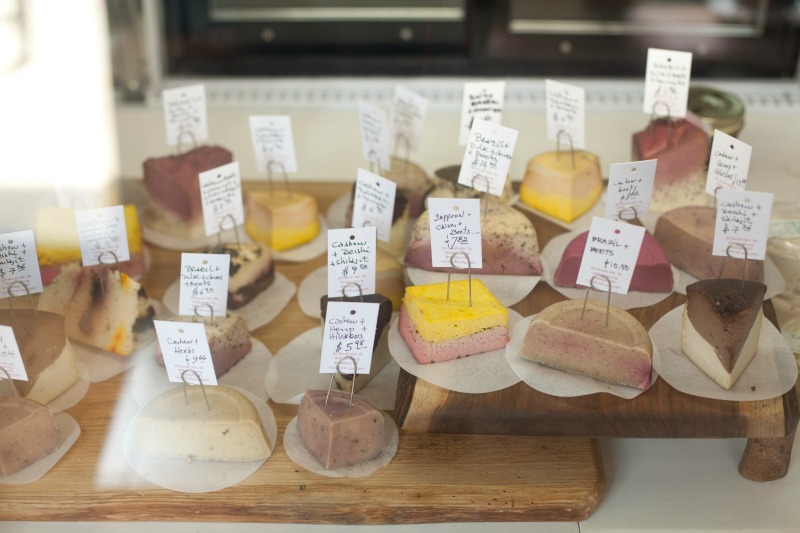 “That sounds great,” you might say at the thought of companies like Kite Hill, Vtopian and Treeline Cheese going mainstream enough to grab coveted refrigerator space in stores like Whole Foods nationwide. “Good for the vegans.”

The interesting thing about this is, it doesn’t appear to be solely vegans who’re venturing into the world of plant-based cheeses. More and more people are looking for healthier and creative alternatives to foods that they typically enjoy, with dairy products ranking chief among them. Plant-based milks have skyrocketed in recent years with the popularity of almond milk, their typical client base spanning the spectrum of dietary allegiances. Hampton Creek’s “Just Mayo” has bridged the gap as well, offering a product devoid of animal products in the name of health and sustainability. More than ever, consumers are looking for ways to opt out of the environmentally unsustainable, cruel and unhealthy products provided by traditional methods in our modern food industry.

A recent spin on the popular show “Shark Tank” saw the sharks devouring Heidi Ho Organics plant-based cheese, with shark Lori Grenier investing $125,000 in the company despite the fact that she isn’t vegan herself. “I love it,” she gushed over the product. “I seriously think it is so delicious, so amazing.” In fact, the world of vegan cheese has gotten so tasty that word is getting out, which means sales are going up. To be exact, they were up 22.7 percent in 2014 which translates to $30 million in sales. Seems like a pretty booming cottage industry! 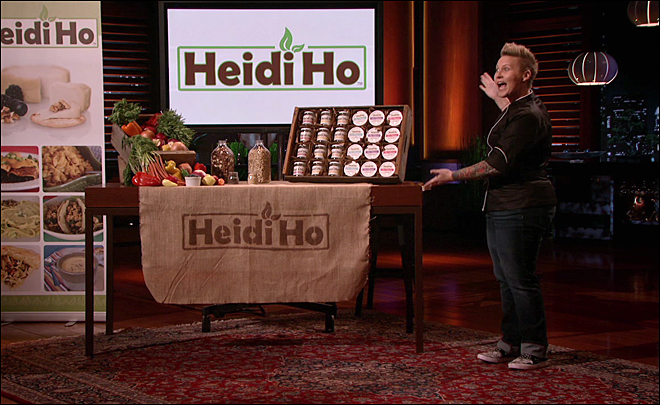 With the destructive way that factory dairy production impacts the environment and it’s undesirable saturated fat content, not to mention the inhumane way animals are treated to score the stuff, increasingly health and eco conscious people are cutting it out of their diets. It stands to reason that with the consumer climate shifting so dramatically away from processed food-like substances to real, clean ingredients the world of plant-based cheese would grow by leaps and bounds in terms of creativity and taste. We’ve seen the future and it’s made from cashews.