5 Professional Wrestlers Who You Won’t Believe Are Vegan 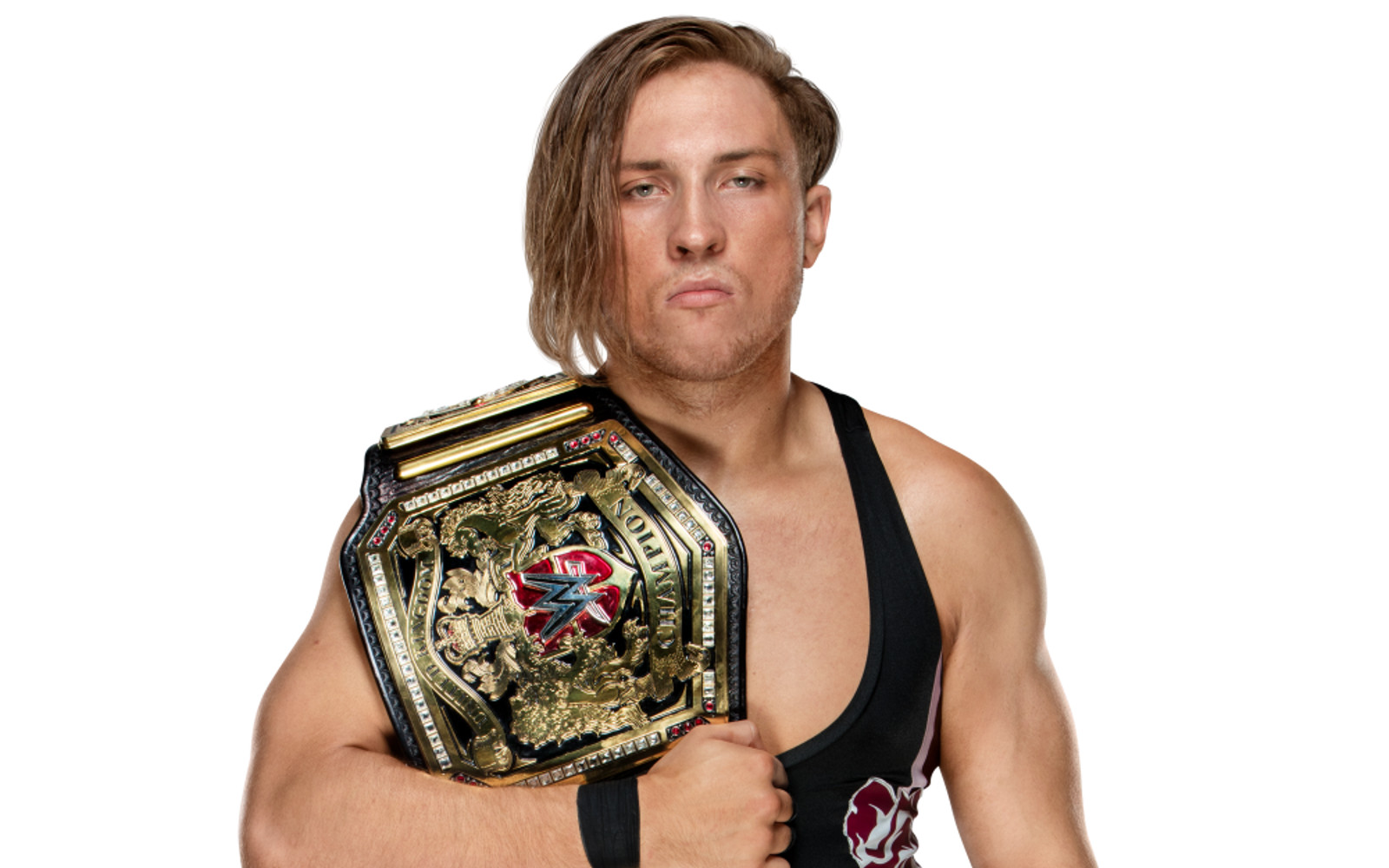 When most of us think of wrestlers, we tend to picture the muscle-bound, oiled giants who dominated the scene from the late 1980s to the mid-1990s. Though big wrestlers still exist, the professional wrestling landscape has changed significantly; these days professional wrestling features a wide variety of talented wrestlers of different shapes, sizes, and skills.

Now, I know what a lot of you are probably thinking: professional wrestling is fake. That’s not the case. While outcomes of the matches are predetermined, the professional wrestlers on the list below are athletes who not only train almost daily in order to safely perform their in-ring feats but who also wrestle several times a week. In order to be at their peak, these athletes need to be able to perform in physically demanding matches that can last 30 minutes or more (while making it look easy) and recover quickly so they can do it all again the next night. It’s a tough job — but we love them for it.

While a professional wrestling ring may seem like one of the places you would least expect to find a vegan athlete, it seems that more often than ever, athletes are foregoing meat and dairy altogether in favor of plant-based diets. Maybe once we thought that eating a vegan diet as a professional athlete was impossible, but these days we know that being a plant-based athlete easy — in fact, many of the best athletes in the world, including some of the best wrestlers, don’t eat meat or dairy. Here are five of them: 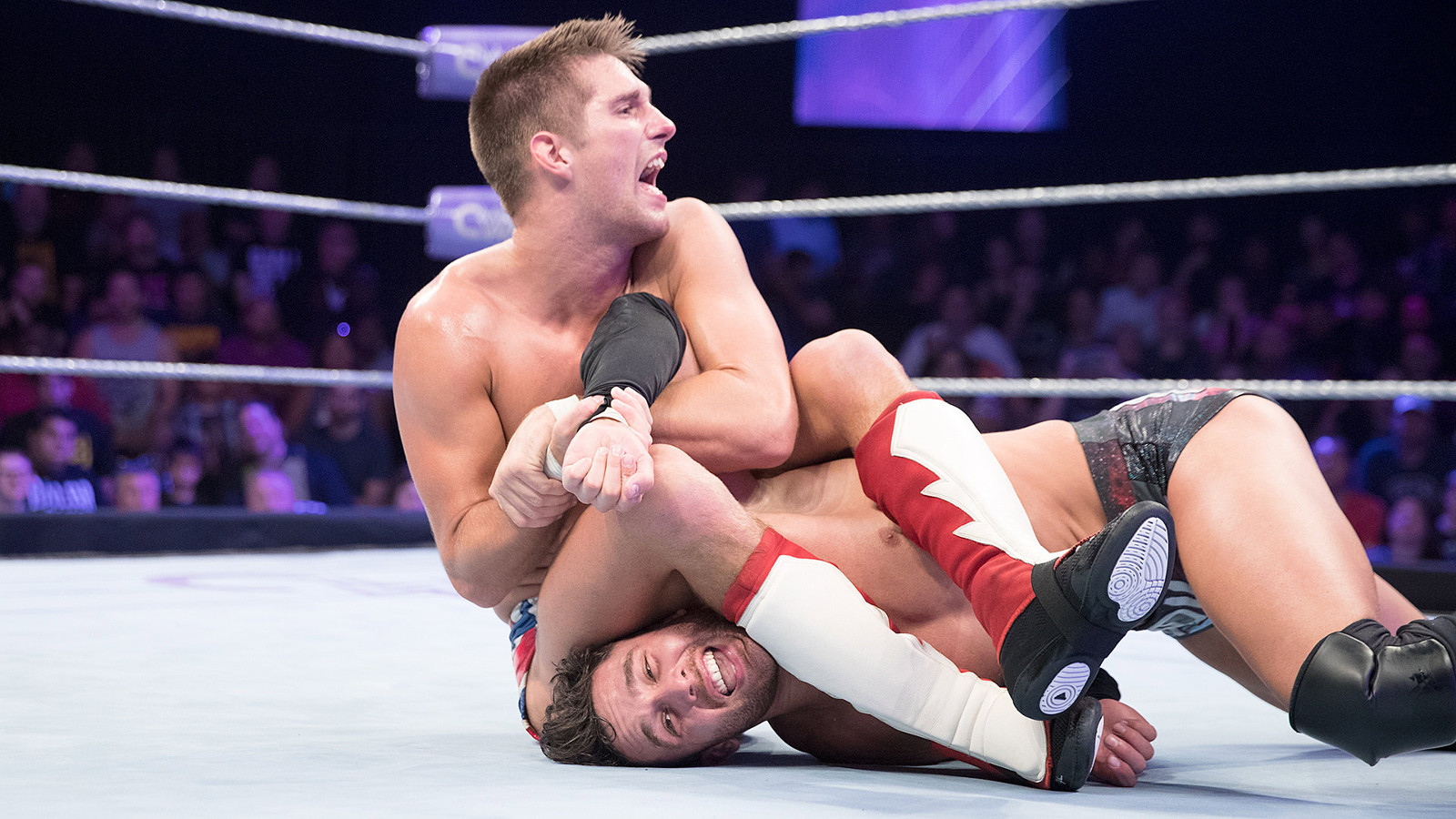 Zack Sabre Jr., pictured above applying a combination omoplata/armbar to his opponent, is considered by many to be one of the best working technical wrestlers (professional wrestlers who specialize in applying submission holds that one would expect to see in amateur wrestling) in the world. Nicknamed The Technical Wizard, Zack’s masterful combination of submission holds and strikes have earned him multiple titles across several wrestling promotions (organizations). Most notably, he held the coveted Pro Wrestling Guerilla (PWG) World Championship and is a two-time GHC Junior Heavyweight Tag Team Championship in Japan’s Pro Wrestling Noah. Zach has also been voted Best Technical Wrestler three years in a row by readers of the Wrestling Observer Newsletter. This year, he made his debut in New Japan Pro-Wrestling (NJPW), one of the most prestigious promotions in the world.

Sabre Jr. became vegan a little over a year-and-a-half ago after watching the documentary Forks Over Knives while on the road. Sabre Jr. told Bleacher Report that switching to a plant-based diet was about achieving “A complete balance between ethics and health. I can’t detach the two.”

He also sees it as a way to “be as fit and healthy as I can possibly be. I want to perform at the highest level to promote veganism in the best possible light.” Since going vegan, Sabre Jr. sticks to a diet rich in plenty of whole foods, such as legumes, lentils, nuts, and plenty of fresh produce.

Check out recipes like these Charred Corn and Black Bean Stuffed Sweet Potatoes or this Green Protein Bowl as examples of healthy, protein-rich whole foods. To learn more about the kind of plant-based proteins Zack eats, read 7 Cleanest Sources of Vegan Protein. 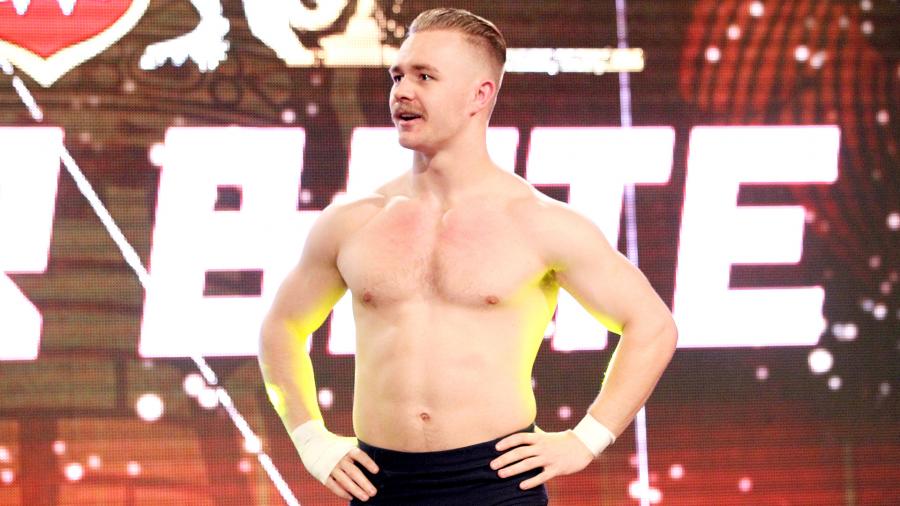 British professional wrestler Tyler Bate is currently signed to World Wrestling Entertainment (WWE), where he performs for their developmental territory, NXT. He was the first wrestler ever to win the WWE United Kingdom Championship, a title he won at age 19. He is the youngest-ever inaugural champion in the history of WWE. Like Zack Sabre Jr., Bate relies on his technical abilities to subdue his opponents.

In an interview with Men’s Health, Bate revealed that in addition to hitting the gym several times a week, he likes to practice Crossfit to stay in peak shape. What does he like to eat? Primarily whole foods. For example, “I’ll start the day with a bowl of oats with almond milk. I’ll often throw in flax seeds, blueberries and maybe crush up pumpkin seeds to put in there too. That way I have a good mix of carbs, protein, and fats.” As an athlete, Bate also stresses the importance of not cutting carbs and says that his favorite meal “is a bowl of quinoa mixed with vegetables.”

Check out our vegan oatmeal recipes page to find your perfect breakfast, try this Turmeric Roasted Cauliflower With Chickpeas and Quinoa, and then read Carb up! Here Are The Healthiest Carbs You SHOULD Be Eating. 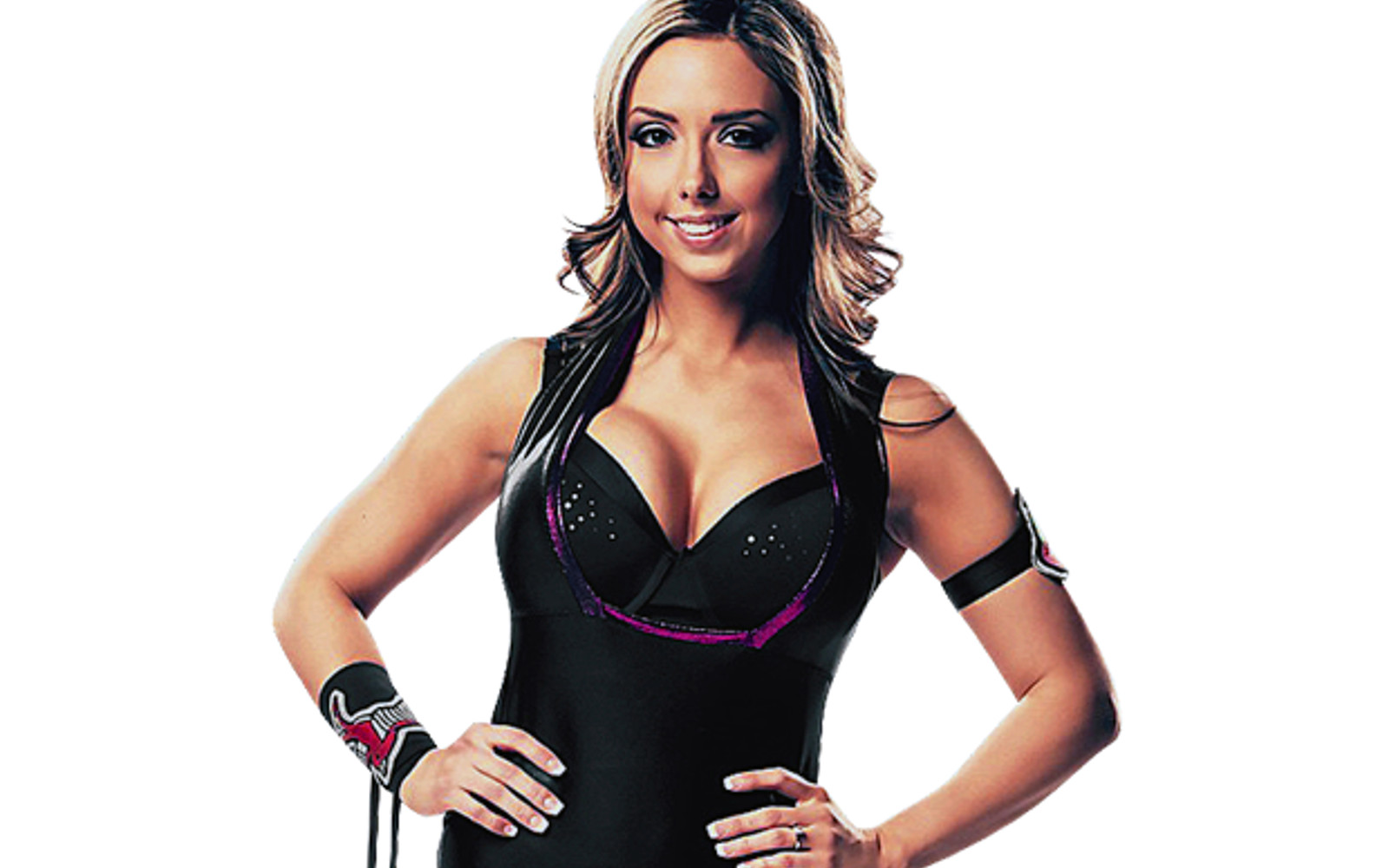 Canadian professional wrestler Allie, formerly known as Cherry Bomb, has been vegetarian since she was 14-years-old and transitioned to a vegan diet three years ago. She made her in-ring debut in Canada in 2005 and has since went on to win numerous titles. Most notably, she has held the Shimmer Tag Team Championship, the Shine Tag Team Championship, is a one-time Women Superstars Uncensored (WSU) champion, and is a one-time Total Nonstop Action (TNA) Knockouts Champion. In addition to wrestling full time, she hosts her own YouTube show, Allie’s World, where she posts workouts, travel vlogs, and what she eats.

Allie likes to rely on protein-rich foods such as seitan, tempeh, chickpeas, and lentils. She told Bleacher Report that salads are one of her favorite foods. Try protein-rich recipes like this Teriyaki Seitan Bowl, this this White Bean ‘Tuna’ Salad Sandwich, or this Indonesian Spicy Tempeh. We also recommend checking out these Sample Meal Plans for the Female Vegan Athlete to help you perform your best, whether or not you’re stepping into the ring. 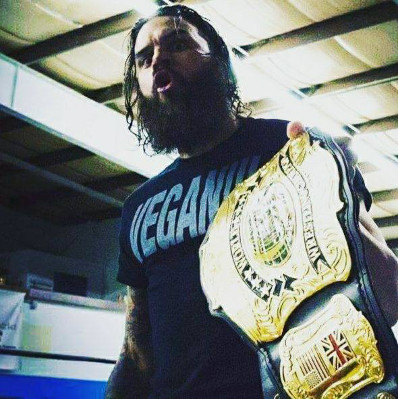 Markus Burke is a Canadian wrestler who wrestles in in the independent circuit (meaning, he is not currently signed to any major promotions like WWE) and his been vegetarian for practically his entire life. Burke told Bleacher Report grew up with a mother who hunt. Witnessing the spoils of a hunt at four-years-old changed Burke’s view of the food he ate forever. He soon became a vegetarian and eventually, transitioned to a vegan diet in high school. Perhaps as a result of the bullying he faced in his younger years (Burke recalls an instance in which an older cousin threw a just-cooked piece of meat at him, which left a scar on his chest that remains visible today), Burke has made his ethics part of his in-ring persona. As a heel (a wrestling term for a villainous character), he often threatens to treat his opponents the same way that they treat animals.

When it comes to food, Burke says that he prefers to eat several small meals a day in order to suit his active lifestyle. Not surprisingly, he says that he likes to eat quinoa, oats, legumes, and nuts and seeds, some of the best foods for endurance athletes. Read An Endurance Athletes Guide to Preparing and Eating Vegan Food to learn more and then try filling, protein-rich recipes like this Coconut and Turmeric Fried Quinoa, these High-Protein Lentil and Split Pea Tacos, or these Mediterranean Chickpea Stuffed Sweet Potatoes With Hummus Sauce.

23-year-old wrestler Pete Dunne hails from England and is the current WWE United Kingdom Champion, a title he won from fellow vegan Tyler Bate. Nicknamed “The Bruiserweight,” the 205-pound athlete has wrestled in the U.K., Japan, and the United States. He currently works the independent circuit, along with any WWE dates.

In an interview with Muscle and Fitness, Dunne explained that, being an animal lover, going vegan was always something that he had wanted to do, but he believed that you couldn’t be vegan and stay strong. However, after watching the documentary Cowspiracy, he made the decision to take the plunge. Like other wrestlers, Dunne saw an improvement in his athletic performance after going vegan: “There are assumptions made by people that if you are a vegan you won’t get the right nutrition. In actual fact it’s ideal … What we do requires high energy so being a vegan is perfect for that. It doesn’t matter what type of diet that you are on, you can always hit the right macro nutrients.”

As far as what he eats, Dunne says that he’ll occasionally eat mock meats, but in general, he prefers to stick to whole foods. Read 25 Delicious Vegan Sources of Protein to learn more about whole foods sources of protein and then try recipes like this Spicy Carrot Broccoli Dal, this French Lentil and Mushroom Burger, and this Pressure Cooker Mexican Lentil Stew.

If you enjoy articles like this and want more, plus even more plant-based recipes and cooking how-to’s, we highly recommend checking out Food Monster app, a food app available for both Android and iPhone. The app has over 8,000+ vegan recipes with 10+ recipes added daily Give it a try — and don’t forget to follow us on Facebook and Instagram (and share your photos using #FoodMonsterApp if you make any of the recipes)!