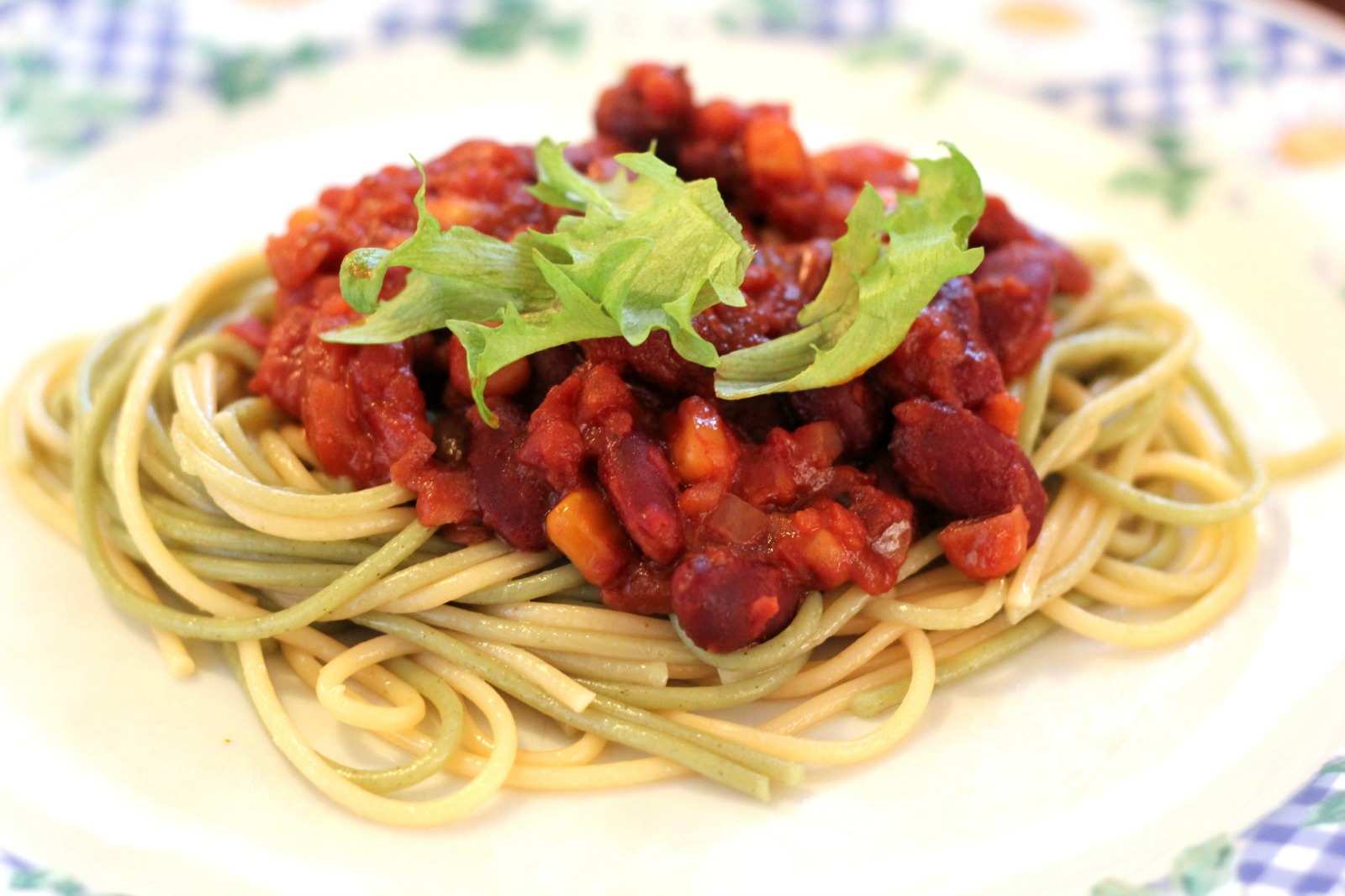 Going from meat eater to vegan isn’t always easy. In fact, for some, it’s downright hard. I transitioned slowly away from various animal-based foods, one or two sources at a time. Red meat and pork were easy (even for a gal who ate way too much sausage and beef burgers as a kid). Not only did I feel better when I gave them up my first year in college, but my skin, digestive and overall mood improvements were all alone worth it. Chicken and fish were next, and as hard as it was, cheese wasn’t as bad as people made it seem. (The tummy benefits alone from that one were worth it!)  Eggs, egg whites, and, of course, the prized Greek yogurt – well, those were the hardest. What were deemed as “healthier” options, I quickly learned were not. They seemed innocent enough and for awhile, my body seemed to tolerate them better than meat, so I assumed they were healthy. After all, wasn’t vegetarian enough? At a point, for me, it was – until I learned those industries are just as cruel as others.

Though all animal-based foods come from a place of cruelty, they’re still not easy to give up when you’ve eaten them your whole life. We know an abundance of pork and red meat isn’t good for us, but some other animal foods are harder to give up when they’re promoted as healthy, or you just grew up eating and loving them. Though transitioning over the course of years took time, 10 years later after I made the choice to eat a plant-based diet, I can safely say I no longer miss any of those animal-based foods and would much rather be aware of my food choices than eat foods for the sake of tradition.

I come from the south, which means it’s as normal here to eat chicken, burgers, bacon, turkey, eggs, butter and dairy as it is to greet every neighbor with a smile, and to take off your shoes before you go in a stranger’s house. It’s almost even praised here, as it’s seen as normal, healthy, and of course … these foods are traditional foods. But so are buttery grits, buttercream cakes, and fried okra, though that doesn’t mean those foods are good for us, any more than we now know that animal-based foods aren’t either.

Why Traditional Foods Can be Hard to Give Up 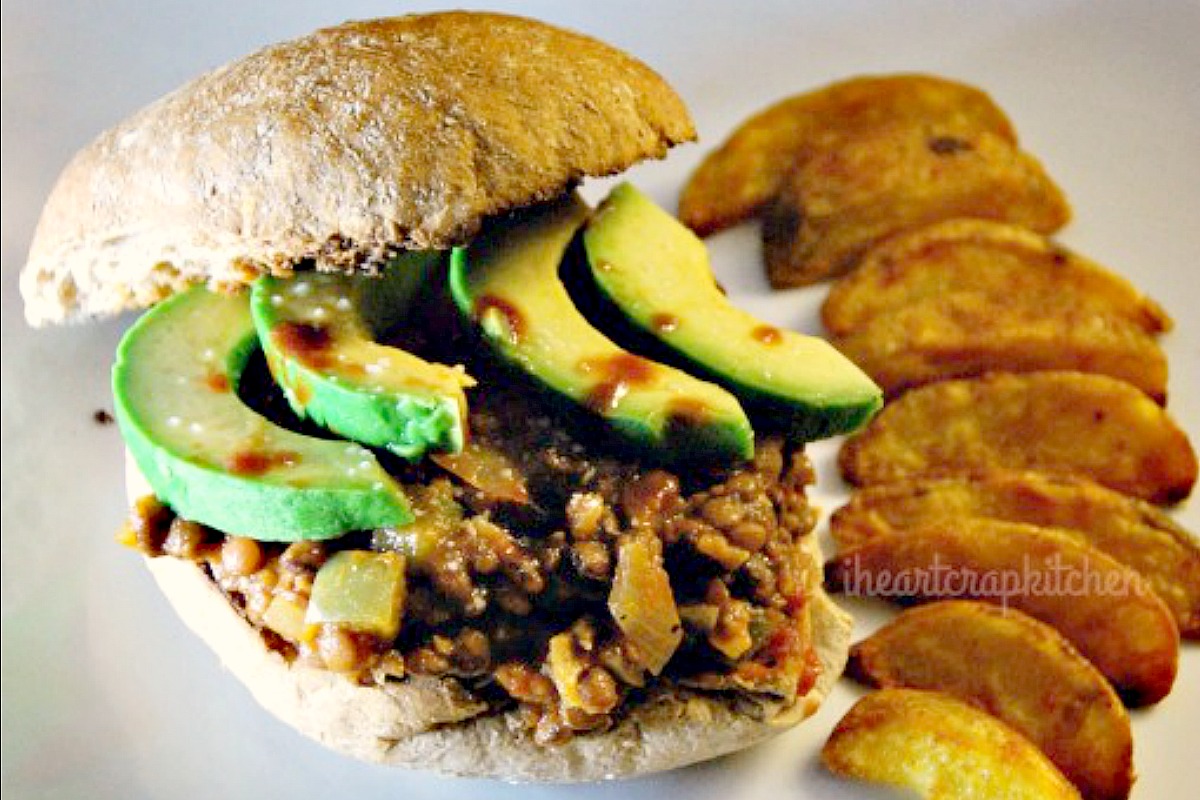 But how do you tell your family that you won’t be indulging in family classics, when they almost expect you to eat them with everyone else? When you give them up, your family and friends may not always understand and can possibly even feel confused about your choices to eat in a way that’s different from theirs.

And I’ve come to accept, like many plant-based eaters have, that for some people, tradition seems to triumph truth. Because for some, parting with foods you’ve eaten your whole life may at first seem like deprivation, but eating vegan is actually a freeing experience, not a restricted one.

When you choose to eat a vegan diet, you start to learn that tradition doesn’t have to mean animal-based foods. Tradition can mean anything, and I like to think it means I can still use traditional flavors, but simply use different ingredients. After all, meat is just an ingredient, as are eggs, butter and milk. Who said you can’t enjoy traditional foods and not eat them in a healthier, kinder way?

How to Deal With Giving Up Animal-Based Traditional Foods

Below are some tips that I found have helped me deal with giving up traditional foods throughout the years. As you’ll see, there’s no deprivation, and when you connect where your food actually comes from with what ends up on your plate, the idea of food becomes a whole new concept. You learn that the food we put in our bodies is ultimately what we get in return. It doesn’t make us perfect eaters; it just makes us aware and willing to look at things from a new perspective.

Tradition can’t triumph that knowledge, but you also don’t have to give up flavors you love. 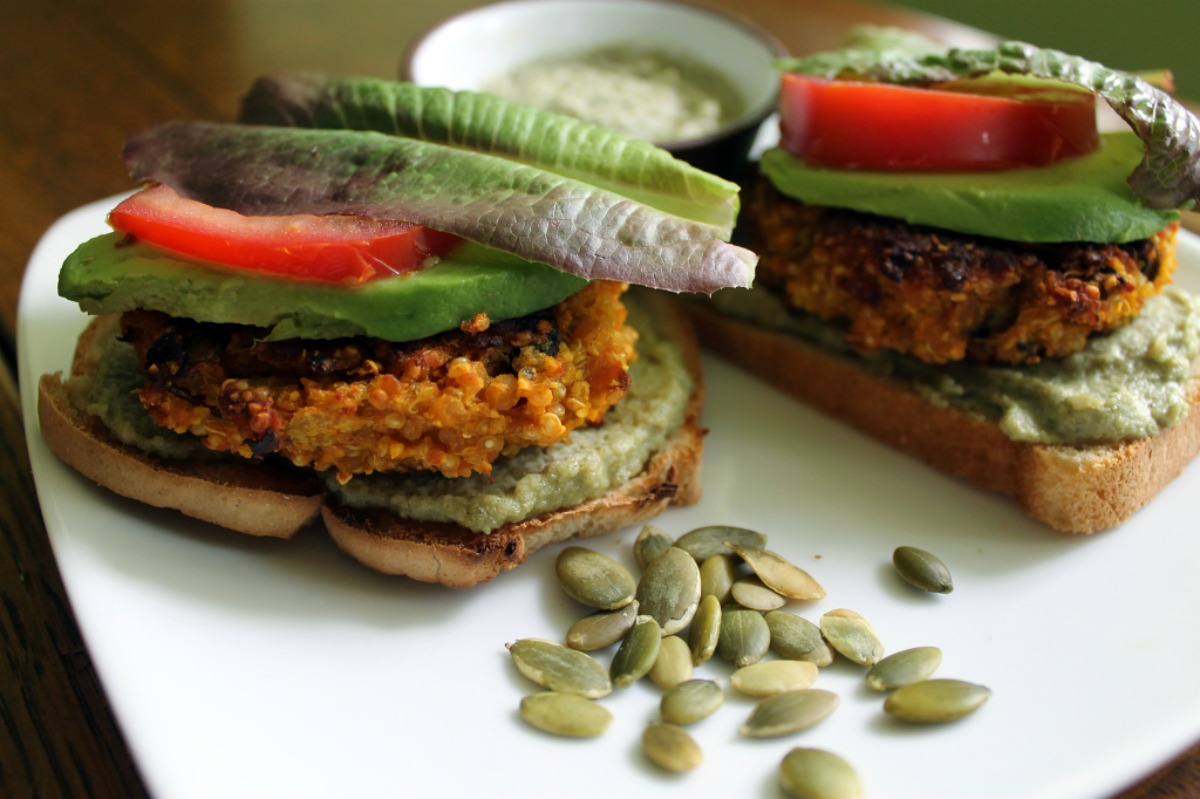 One of my favorite childhood foods was turkey, particularly because of the sage, black pepper and the other herbs used. Now, I make a vegan entree with sauteed mushrooms, onions, sage, and leafy greens and no- it doesn’t resemble turkey, but I get that meaty feel from the mushrooms, the same flavor, and the exact same flavors I associated with the turkey, without having to eat the meat to get there. I also used to love ketchup and mustard on hamburgers, so now I eat a healthy ketchup and mustard on top of grilled veggie burgers made with mushrooms, hemp seeds, pumpkin seeds, pumpkin, and oats. Then I add lots of spices like ground garlic and black pepper. Here’s a great quinoa burger with similar flavors! Ice cream was another tradition we used to enjoy here, right out of the churn on hot summer nights. Thanks to companies that make no sugar added vanilla coconut yogurt, and to the thanks of the Vitamix’s ability to make vegan ice cream, I get to enjoy my own vanilla bean ice cream too. See more dairy-free desserts you can make in your blender here.

The point is, if you can figure out your favorite flavors from food, there’s a way to make your meals satisfy your needs for those flavors without animal ingredients.

Stay Motivated and Remember the Meaning of Tradition 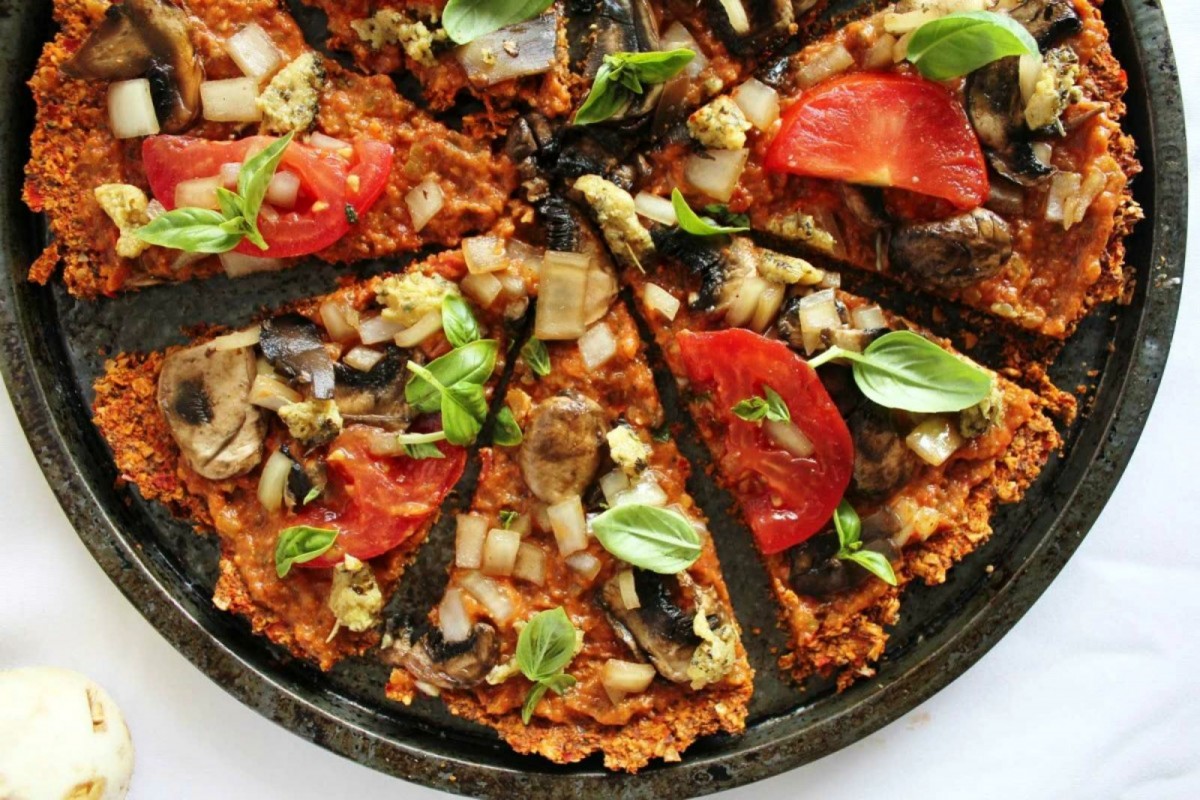 I like to remember that a meal is a time to enjoy time with my family, not to dissect what we eat. I don’t agree with the unhealthy gravies, fried foods and fatty ham that my family eats, but I don’t give them hack about it while they eat, and they don’t with me either (anymore). Plus, there are still some foods I can enjoy that my family eats, such as sweet potatoes,  green beans, and other traditional southern veggies. We enjoy each other’s company, which is the real tradition to be appreciated, not what we’re putting into our mouths. Then, at each meal, I remind myself of why I’m doing this and nothing seems like a loss, but instead like liberation and an abundance of choice. There are SO many plant-based healthy foods; thank goodness I’m not limited to meat, eggs, dairy and other animal-based foods anymore! 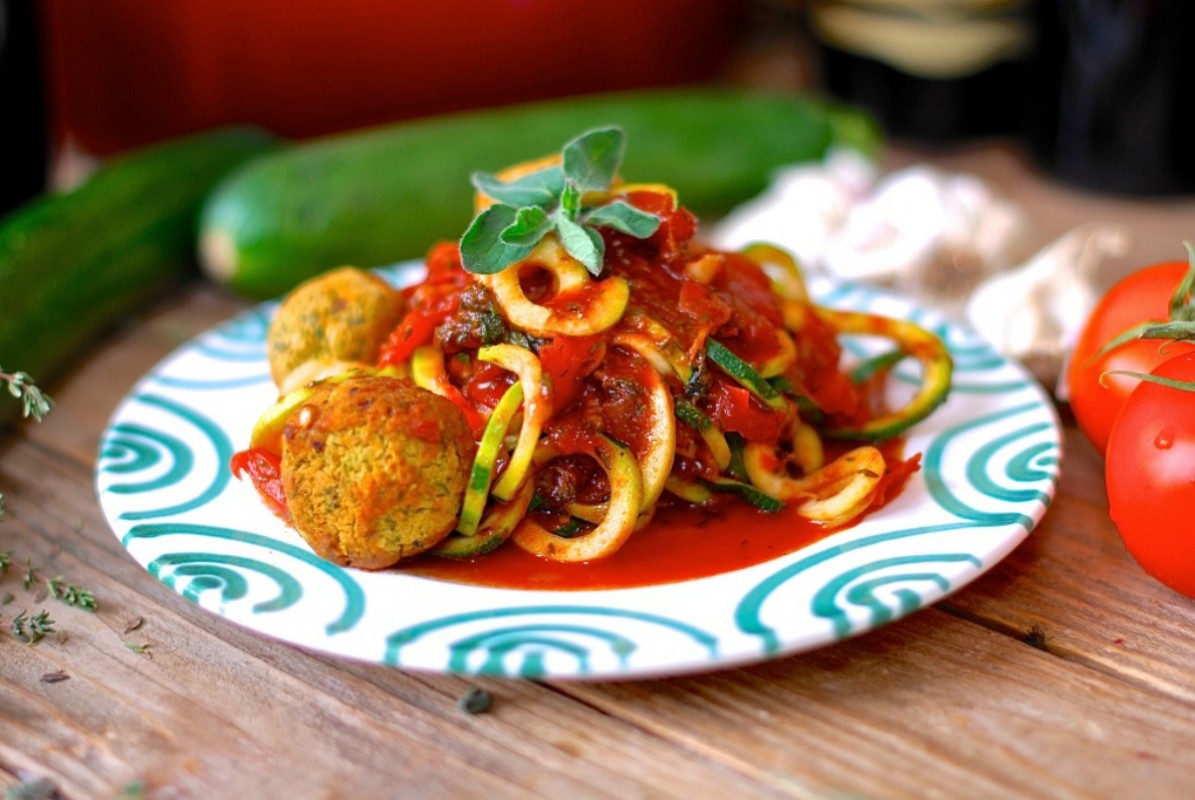 I still have a hard time smelling my mom’s spaghetti. It speaks tradition to me and I get the images of myself sitting at the table as a child, eating it so happily that most of it ended up in my lap! And the smell of onions, oregano, mushrooms and tomatoes still sends me over the top. But one look at that beef, and I realize I don’t miss the actual meat in the recipe – I miss the flavors and memories associated with it. Now, when she makes spaghetti, I like to make my own with healthy noodles like spaghetti squash or sprouted grain noodles, and I make my own meatless sauce loaded with mushrooms, lentils, artichokes and other meaty veggies instead. See our spaghetti recipes if you’re looking for some great recipes!

With my favorite protein and nutrient-rich foods like hemp seeds, chia seeds, and leafy greens in my diet throughout the day, I also know my body gets the protein and micronutrients it needs without a bit of animal-based foods. Some people find that tempeh and tofu can help replace meat since they’re able to flavor those foods with typical meat-based flavorings. So while that may not work for me, definitely give all your options a shot when it comes to satisfying your cravings for traditional protein sources. Cravings aren’t bad, but it’s important to understand what they mean so you don’t assume your body naturally misses animal foods; you may just miss what you associate with those traditional foods like flavors and memories. 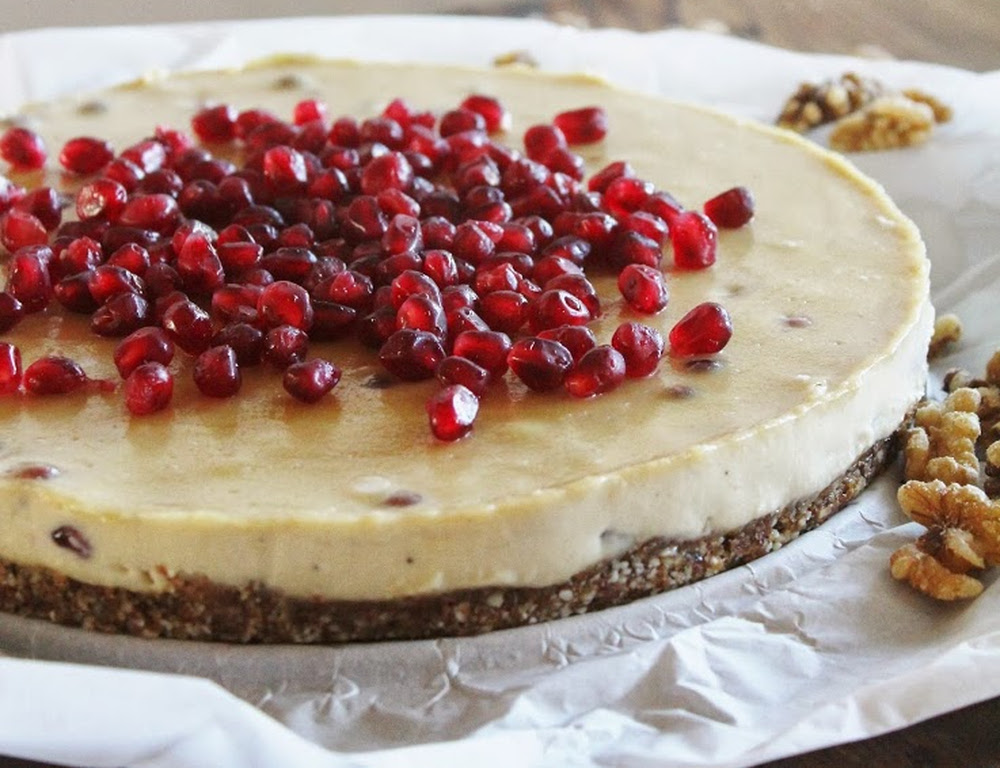 Two Tips Not to Forget…

1. Always Remember Your Why 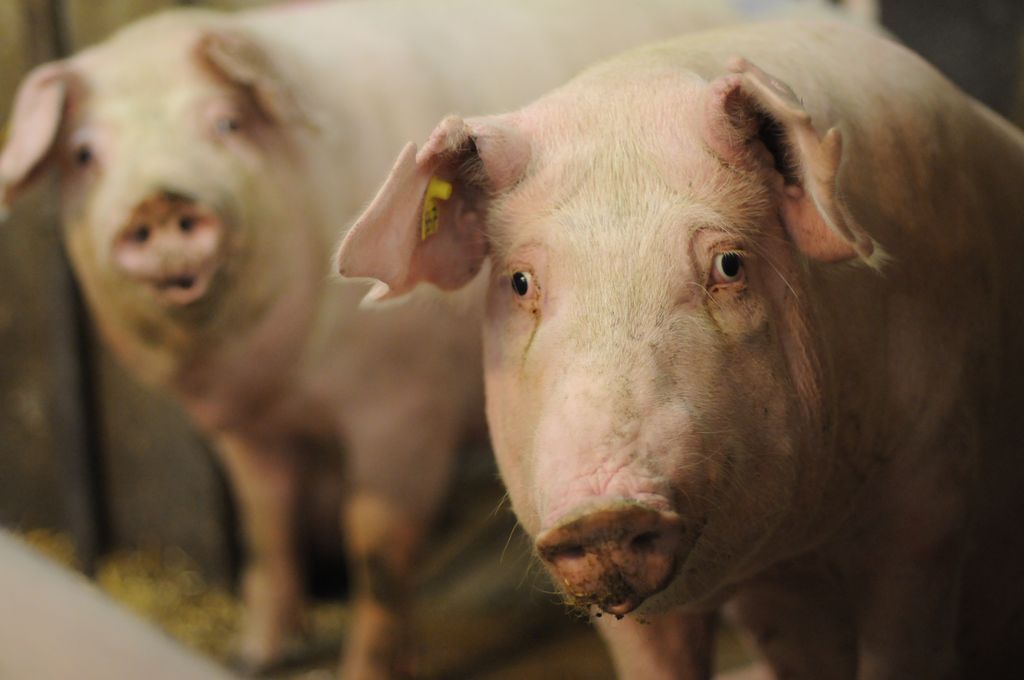 Whether it’s for health, ethical reasons or the environment, figure out why you’re choosing to eat vegan. This will help keep you motivated during those times your grandma looks at you like you’re sending her to her grave when you choose not to eat her meat-laced casserole or stuffed turkey.

2. Learn How to Speak to Others 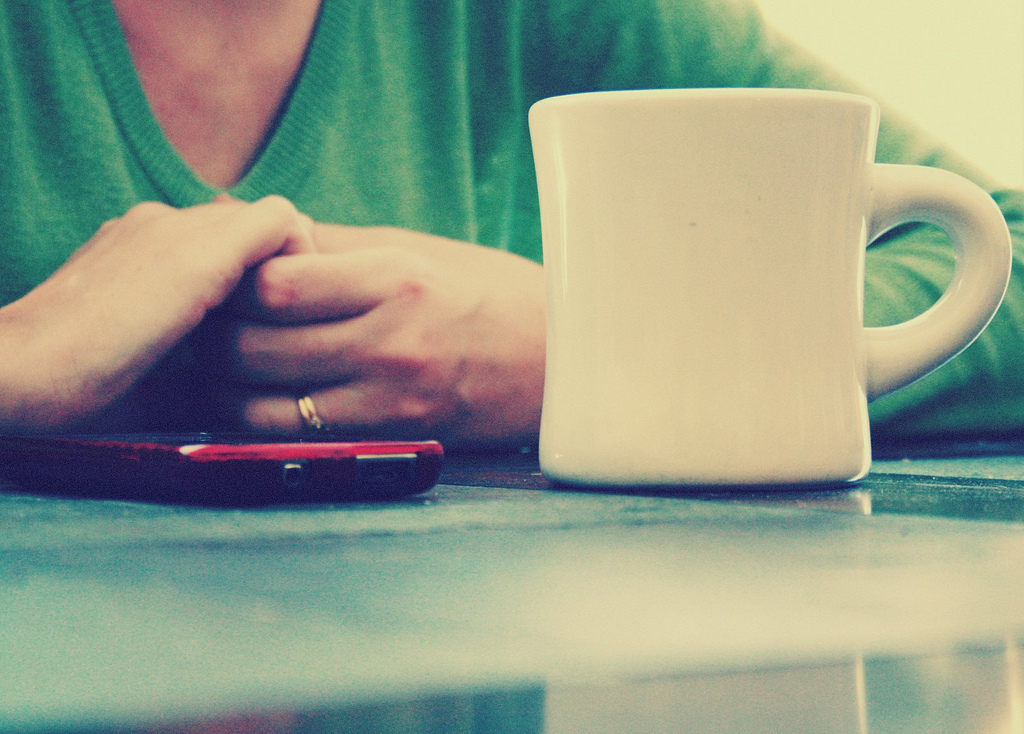 It’s also important that you learn how to convey your truth about your beliefs to other people. I learned the hard way (and thankfully quickly) that defensiveness does not work. It sends up red flags and really gets you nowhere. Instead, simply explain that you want to eat in a way that promotes kindness, better heart health, or reduce the impact you have on the environment. If they ask questions, fine, but if not, feel free to let them be and just enjoy your vegan meal. You can give them information if you’d like and also learn some ways to deal with those particularly difficult to the answers you may give. Overall, remember that the way you speak to others matters and you’re a voice for vegans everywhere; make it count.

For more tips, see: Reasons to Eat Vegan Even if Everyone Disagrees With You, and be sure to check out our vegan “hacks” you can use to replace your favorite dishes. Here are some options to try: How to Replace Eggs in All Your Favorite Dishes, 5 Tips to Make Delicious Southern Foods Vegan Style, How to Ease Into  a Meat-Free Diet, and Fast Food Favorites Made with Whole Plant-Based Foods.