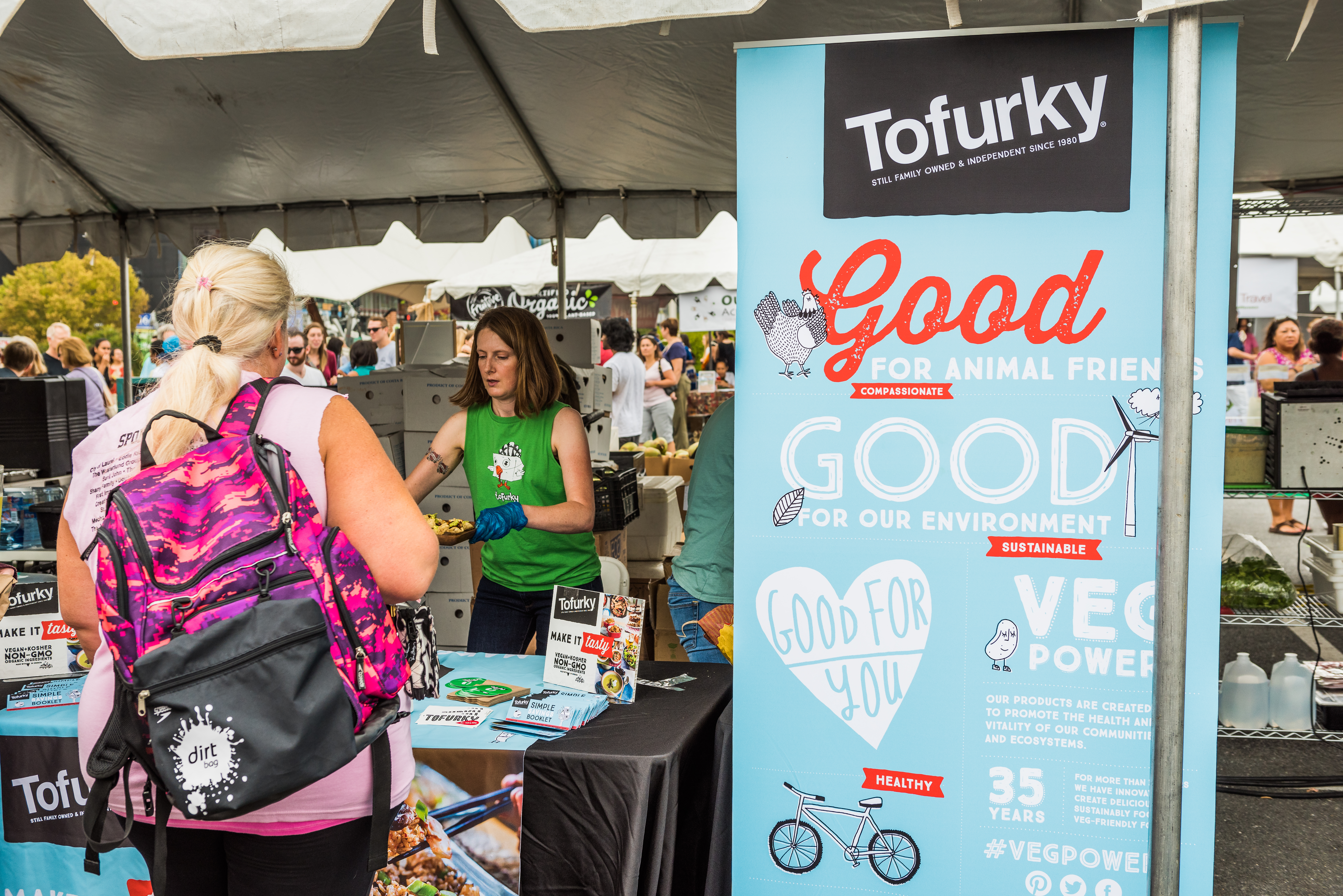 Like your favorite glam rockers from the 80’s, most vegans have a special place in their heart for Tofurky. A pioneer of plant-based protein, the meatless product endured plenty of mockery for being trailblazers in the field. Created in 1995 by Turtle Island Foods, the savory loaf made vegan’s supermarket dreams come true for decades. Now, with new plant-based protein companies shooting up like daises, Tofurky has had to up its game to stay relevant.  From their delicious Thanksgiving Loaves to their succulent sausages, the Tofurky brand has kept up to speed with their new competition.

Now, the plant-based meat alternative has decided to dip its toes into desserts, with the announcement they will now produce a suite of plant-based cheesecakes. The decisions came after the debut of an espresso cheesecake that was part of a special holiday feast kit in 2018.

The cheesecakes will come in three flavors: Moocho Triple Berry Swirl, New York Style Vanilla, and Chocolate. The new desserts will hit the shelves in May 2019, with individual servings priced at $3.99.

Tofurky CEO Jaime Athos announced the product line, saying “After including a plant-based espresso cheesecake in our limited-edition holiday feast kits this past year, we received overwhelming feedback from consumers and retailers asking to include the product in chilled bakery and frozen dessert cases year-round.”

To summarize, when you need a night of full-on flavored bliss, Tofurky has got you covered.

All in all, a great day for anyone who likes likes their vegan substitutes as delicious as the genuine article. With vegan cheesecake and pizza pockets on the menu, I know I for one will be spending a little more time in the frozen food aisle this year.

Your Own Vegan Cheesecake & Hot Pockets!

You don’t need to wait until May to Enjoy vegan cheesecake and hot pockets. Try these selections from the Food Monster App!

This vegan Pumpkin Chocolate Cheesecake from Hannah Sunderani will leave your guests in awe. It begins with a chocolate oaty-almond crust, with a layer of vanilla cashew cream in between, and topped with a chocolate pumpkin pie filling. And if the pretty layers didn’t already have you swooning it’s the taste that soars you into bliss! Taking advantage of favorite fall flavors, a slice of this cheesecake brings out flavors of pumpkin spice, cinnamon, cream, and cocoa. It’s utterly delicious! 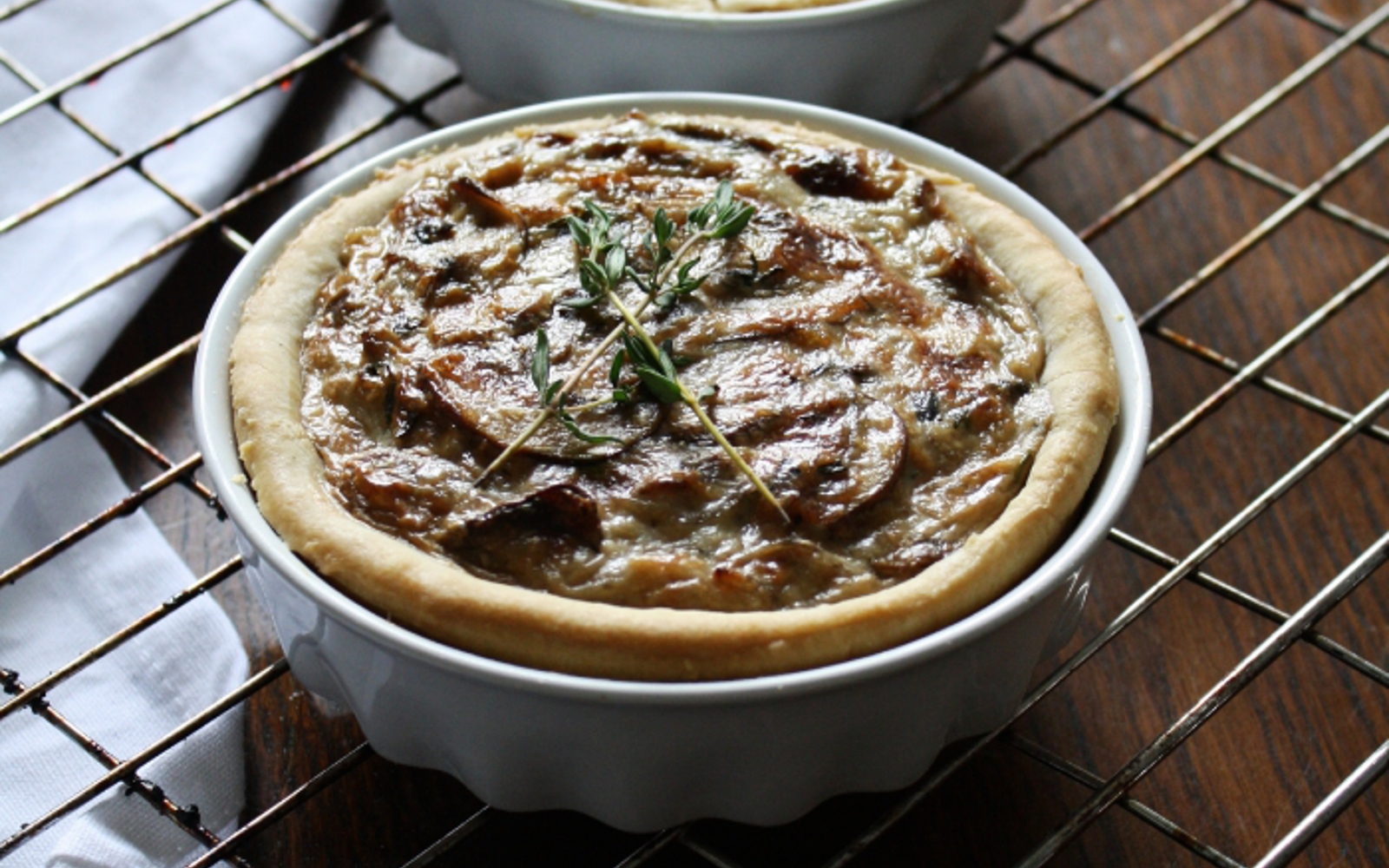 There’s nothing like a warm, bubbly tart to fill your belly. Having no crust, the creamy onion and mushroom filling in Emily Wilkinson‘s Caramelized Onion, Caper, and Mushroom Tarts caramelize beautifully in a hot oven. Add to that some fresh thyme and salty capers, and you’ve got yourself some very special tarts. Serve for dinner with a side of green.

This stunning Pumpkin Walnut Cheesecake With White Chocolate from Florian Nouh is a dessert dream. It’s creamy, sweet, and decadent with delicious fall flavors. Not to mention, it’s made with minimal preparation and ingredients — no waiting hours between steps. Do yourself a favor and make this decadent cheesecake for your family, friends, holidays date night, or just yourself.