The Beyond Burger has captured the taste buds and hearts of people all over the world. They’ve become so popular that they made their way into many popular restaurants and chains around the United States. They partnered with fast food chains Carl’s Jr and Del Taco. TGI Friday’s also added the Beyond Burger to their menu. The company has even launched Beyond Sausages and Beyond Beef Crumbles following the burger’s success. And the burger is still expanding. It will now be available at Tim Horton’s!

In the Spring, Tim Horton’s added breakfast sandwiches to their menu using Beyond Meat sausages. Now they’re adding the burgers. The interesting thing about this decision is that they’ve never even offered burgers on their menu, and they decided to make this change to their menu using vegan burger patties!

The vegan patties will be used in two burgers: The Beyond Burger and The BBQ Beyond Burger. The burgers aren’t entirely vegan because they are prepared with cheese and mayonnaise. But the addition of plant-based patties, especially over meat patties is a positive change! Also, with some customizations and substitutions, customers might be able to make the burger vegan (ask your server to be sure).

Mike Hancock, COO of Tim Horton’s says: “We’re excited to be able to offer our guests a burger for the very first time. With nearly 4,000 Tim Hortons locations across the country, we are the largest quick service restaurant in Canada to add the Beyond Burger to our menu and at just $5.69, at one of the most affordable price points as well.”

Make Your Own Vegan Burgers!

Happy that Tim Horton’s has added a meatless burger, and are now craving vegan burgers? Check out these recipes from the Food Monster App!

Gather your friends and make some burgers this weekend! These healthy and Wholesome Veggie Burgers with Red Pepper Sauce by Melanie Jacobs are made from kidney beans, cauliflower and almonds and taste deliciously hearty and satisfying. Add some homemade red pepper sauce on top for a sweet and sour touch. 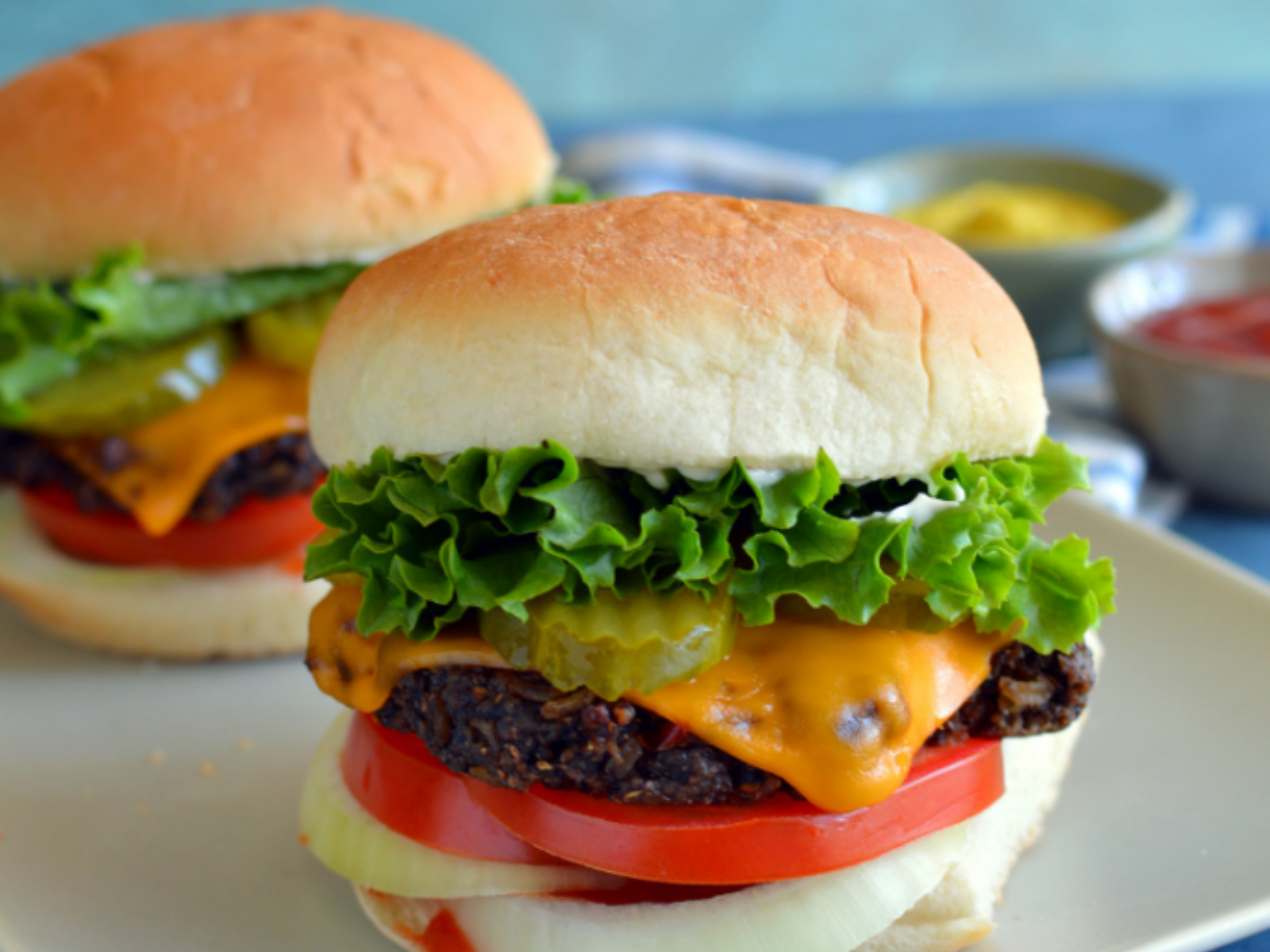 This vegan Mushroom Burger by Melanie Sorrentino is packed full of protein and yummy mushroom flavor! It will become a go to in your household!

For an evening in, make this Soy Burger With Homemade Bun by Valentina Chiappa, and a soft homemade bread. Complete the grilled onion sandwich, tomato and lettuce, guacamole sauce.