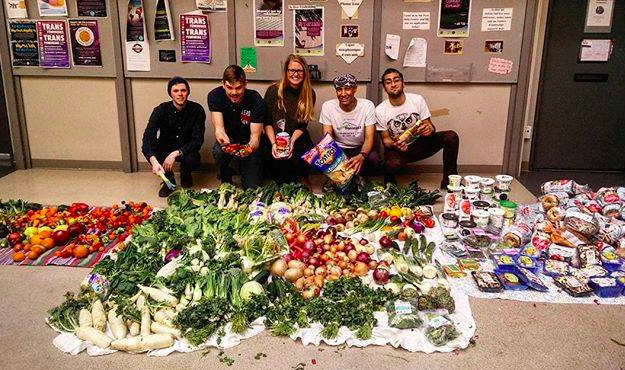 A student group at the University of Ottawa is using food that would otherwise be thrown out to cook free vegan meals for the community.

The People’s Republic of Delicious is a campus group run by student volunteers that seeks to promote sustainability and reduce food waste by partnering with grocery stores to get food that would otherwise be tossed out.

“We collect food from Herb and Spice and other local grocery stores that would actually go to the landfill,” said the group’s co-coordinator, Kori Liversage. The group gets food from stores that is blemished or near its expiration date.

With the food that they get from stores, the club is able to cook free, plant-based meals to share with students, faculty, and members of the community.

“People from all over can come and join. It’s an all-inclusive space,” said Liversage. “Community members, faculty members, students can all just come, they learn different skills about how to cook different vegetable meals.” 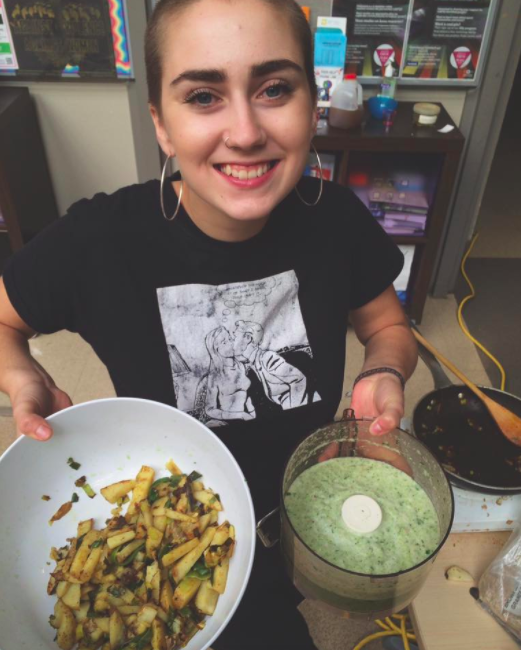 According to Liversage, the PRD saves 30 to 70 pounds of food that would otherwise go to waste each week.

The PRD’s website says that meals are served every Wednesday in re-usable tupperware at the University Center. In addition to the weekly meals, the PRD also cooks for other school groups throughout the year, including the Ottawa Student Health Initiative and the Political Studies Student Association.

The group promote plant-based diets and veganism as a more sustainable lifestyle for the environment, even though not everyone in the group is vegan.

At their weekly dinners, the club prepares a variety of dishes including salads, stir fries, rice, and even vegan poutine.

“The People’s Republic of Delicious seeks to create a positive environment and sense of community at the University of Ottawa by involving student volunteers in the cooking, serving and cleaning processes, sharing valuable culinary skills and promoting healthy eating,” reads the club’s website.

“Food is a basic human right, and it shouldn’t be just, okay it’s either in the grocery store or nobody gets it,” said Liversage.