15 of Your Favorite Spanish Recipes Made Vegan! 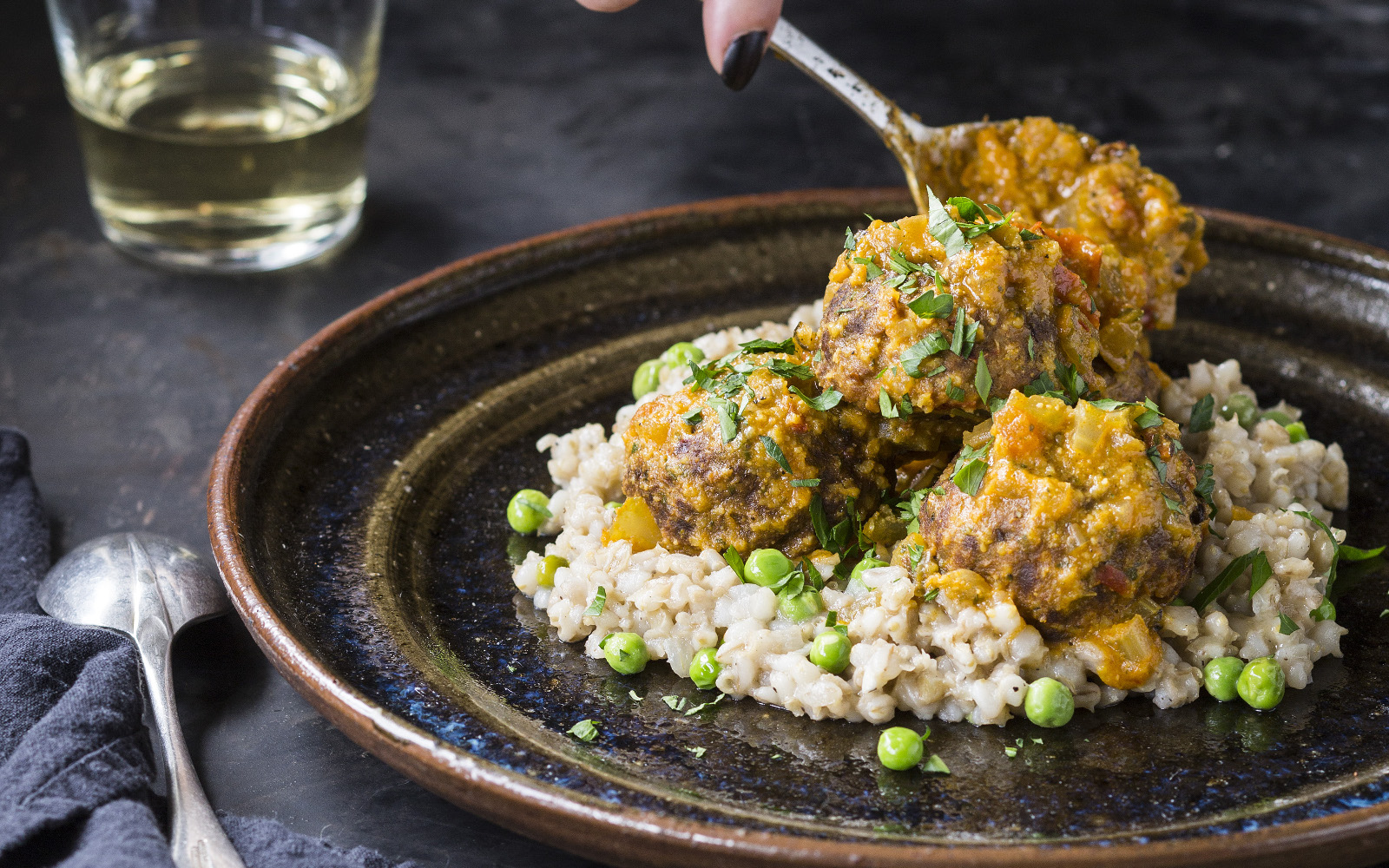 A wonderful way to learn about other cultures is to appreciate their cuisine- and what better way to appreciate it than to make it yourself? Whether you’re looking for vegan alternatives to your favorite Spanish dishes or trying something new, our Food Monster App has plenty of options like these for you to try!

This Albóndigas con Picada de Almendra: Spanish Meatballs dish from Smith and Daughters: A Cookbook (That Happens To Be Vegan) goes with pasta, rice, roasted vegetables, anything really! The rice and chickpea flour based meatballs can also be frozen, making them perfect for last-minute dinners. You can also turn them into burger patties for your next barbecue. “Picada de alemendra” translates to chopped almonds which refers to the crispy, toasted almond and sourdough bread pieces that are stirred into the sauce. 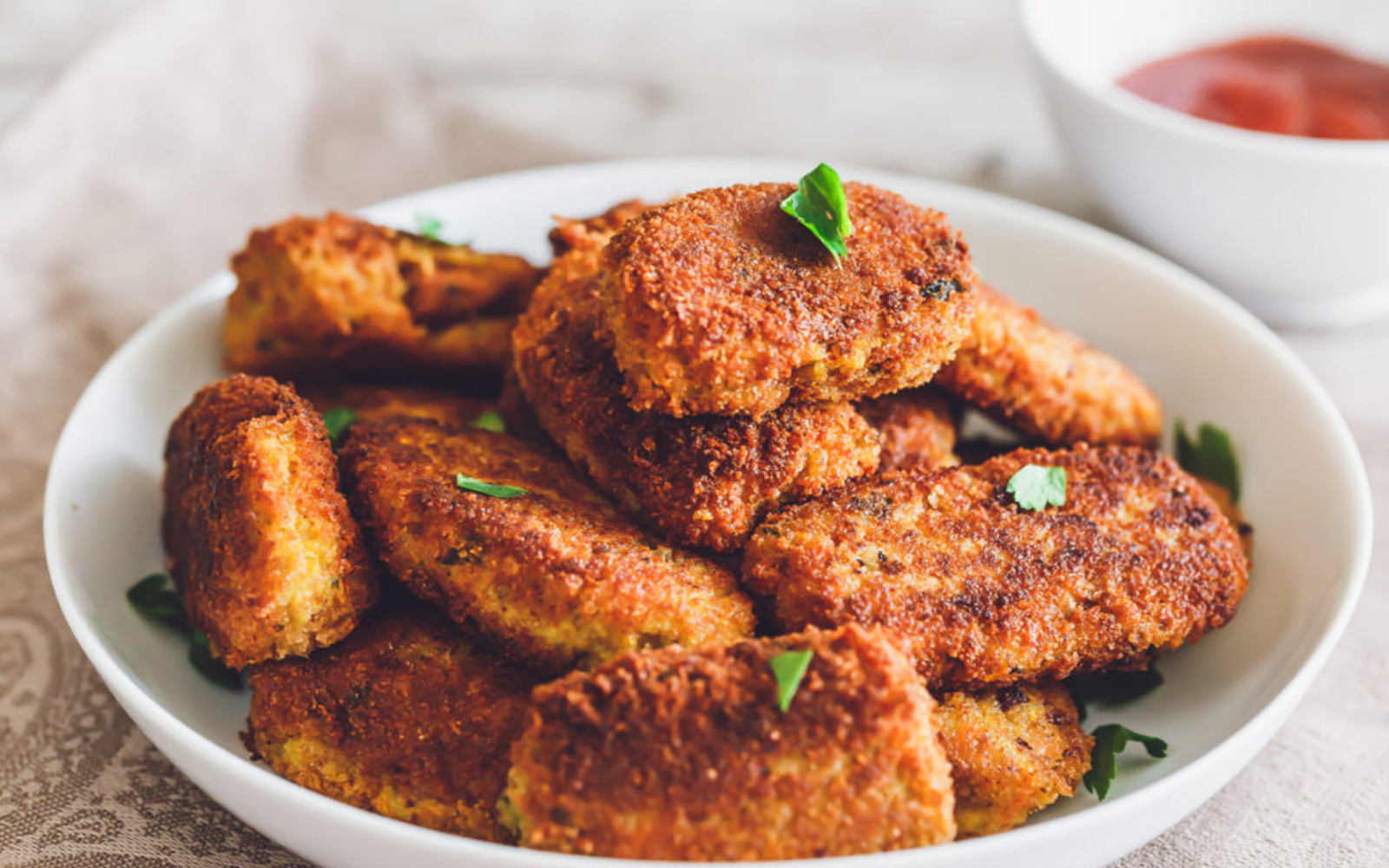 These Mixed Vegetable Croquettes from Alenoosh Matakupan are made with vegetables, covered with breadcrumbs, and slightly pan fried. This recipe for vegetable croquettes is delicious! They’re crispy on the outside, soft and gooey on the inside, and full of flavor! 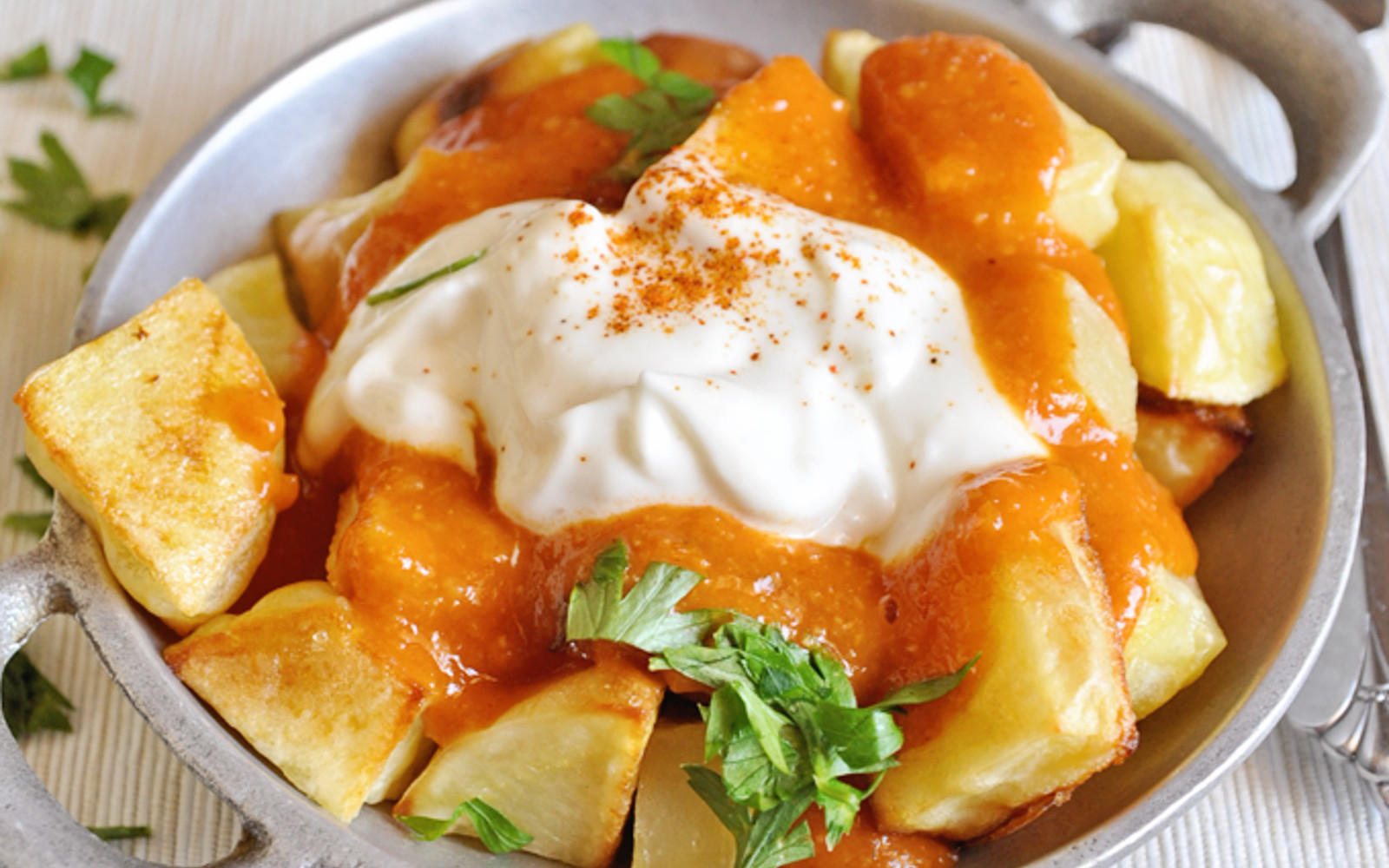 Who doesn’t like fried potatoes, spicy tomato sauce, and garlicky mayo on top? These Patatas Bravas With Aioli from Jamie Bevia are a Spanish tapa that you can make from home. And they are even better, because they are baked not fried! 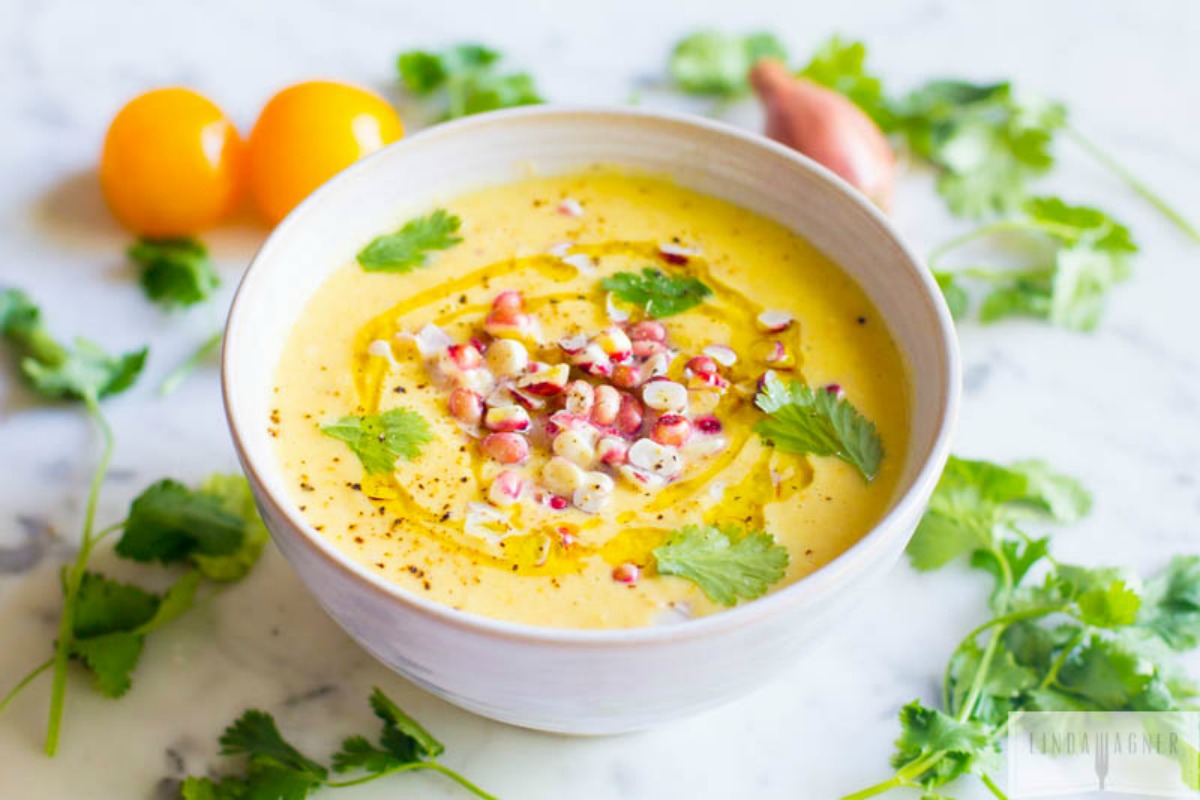 This Creamy Corn Gazpacho from Linda Wagner is a very easy recipe (all you need is a blender!!) and a great way to use up this season’s sweet corn! It is super healthy and very satisfying. It’s hearty, refreshing and delicious. Just like a healthy, summer dish should be! 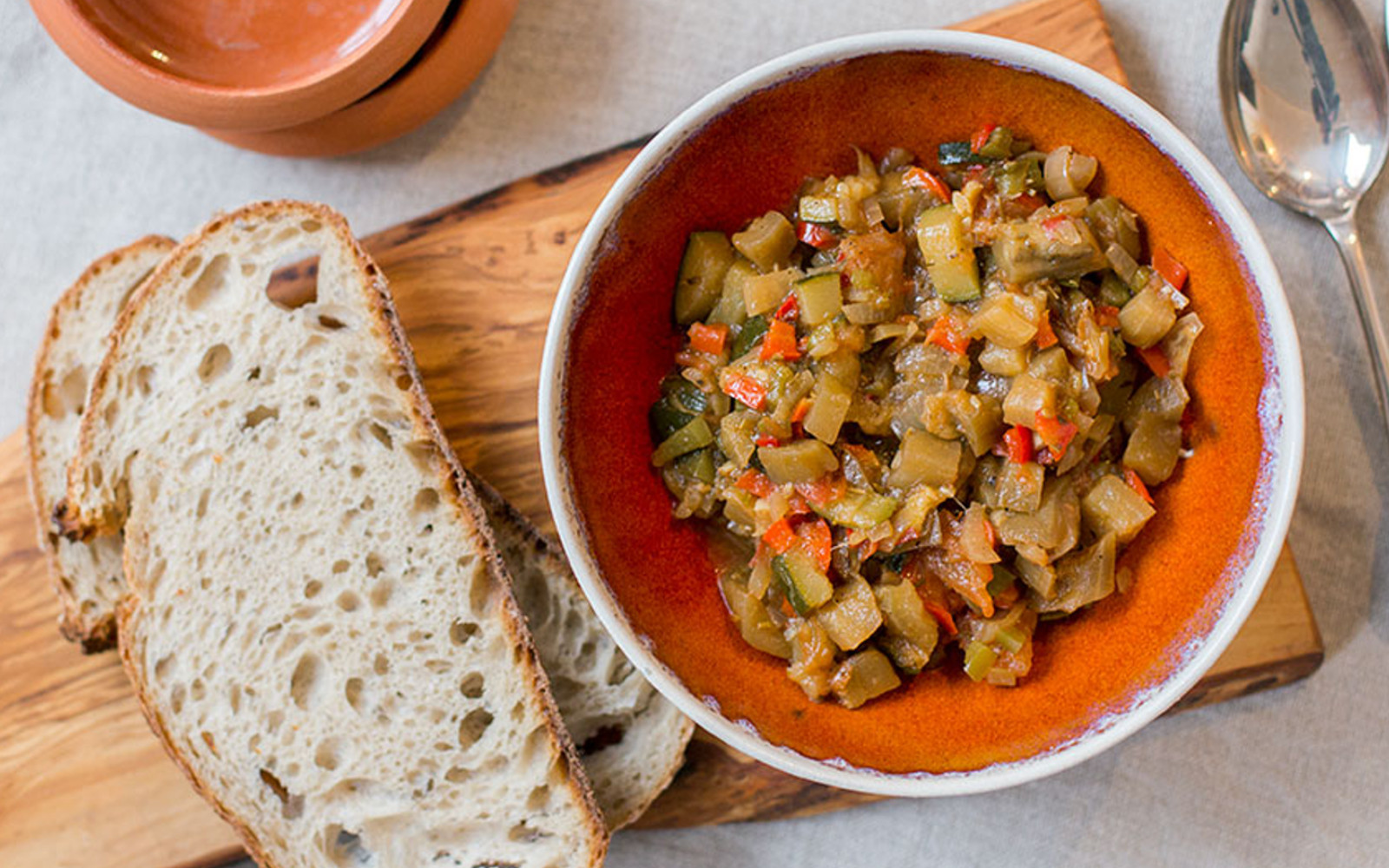 Pisto manchego, a classic peasant dish from Castilla La Mancha, is made all over Spain. It uses a combination of diced and then pan-fried vegetables, in a similar fashion to the French ratatouille or the Sicilian caponata. Only two ingredients seem to appear in all the recipe versions: tomato and pepper – everything else depends on what’s seasonally available. This hearty Eggplant Pisto Manchego: Spanish ‘Ratatouille’ from Lara and Eduardo uses eggplant and zucchini! 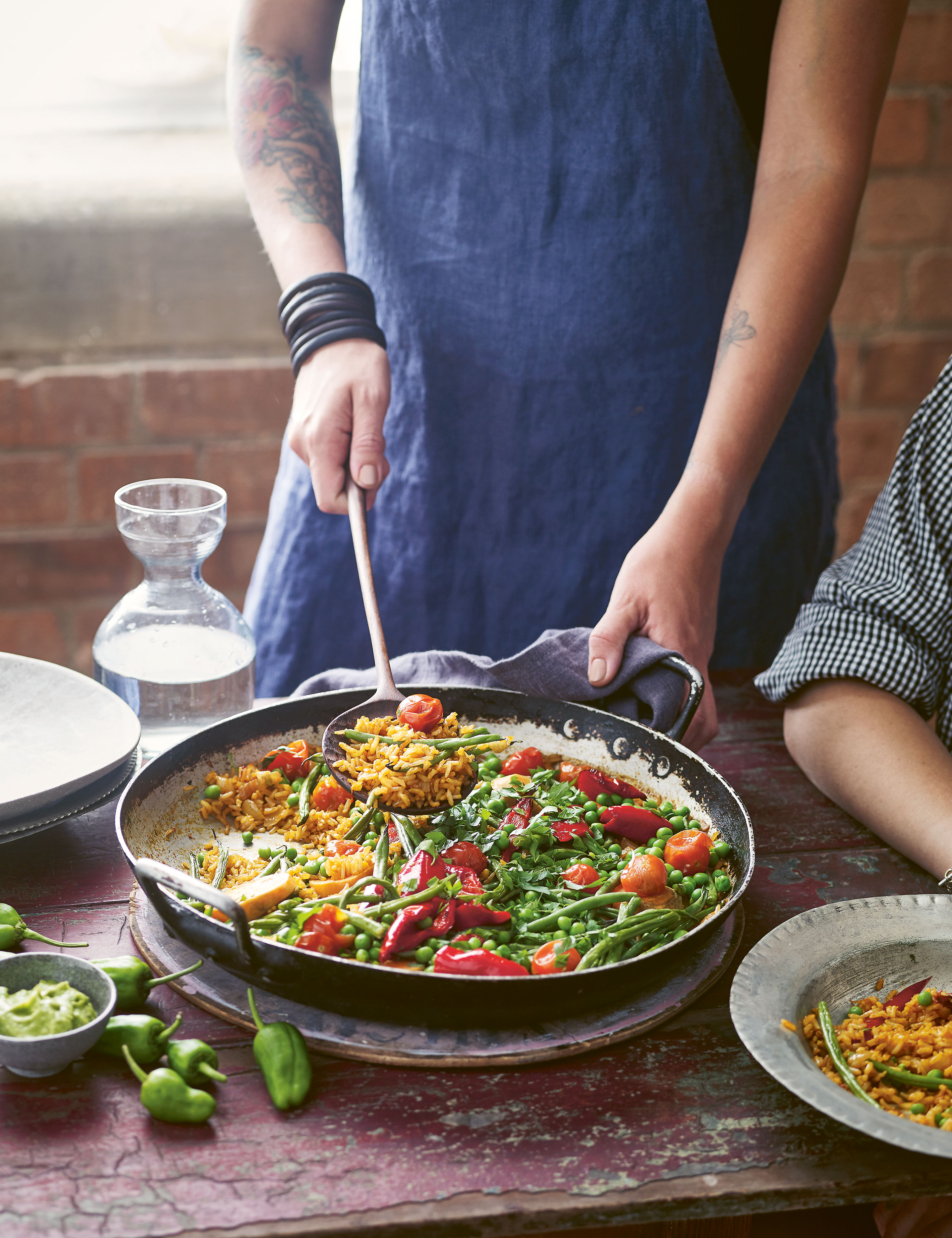 This Multi-Vegetable Paella and Avo Aioli from Happy Food by Bettina Campolucci Bordi is a veggie contribution to Spain’s beloved national dish. It’s a jam-packed delicious version that converts the weary. 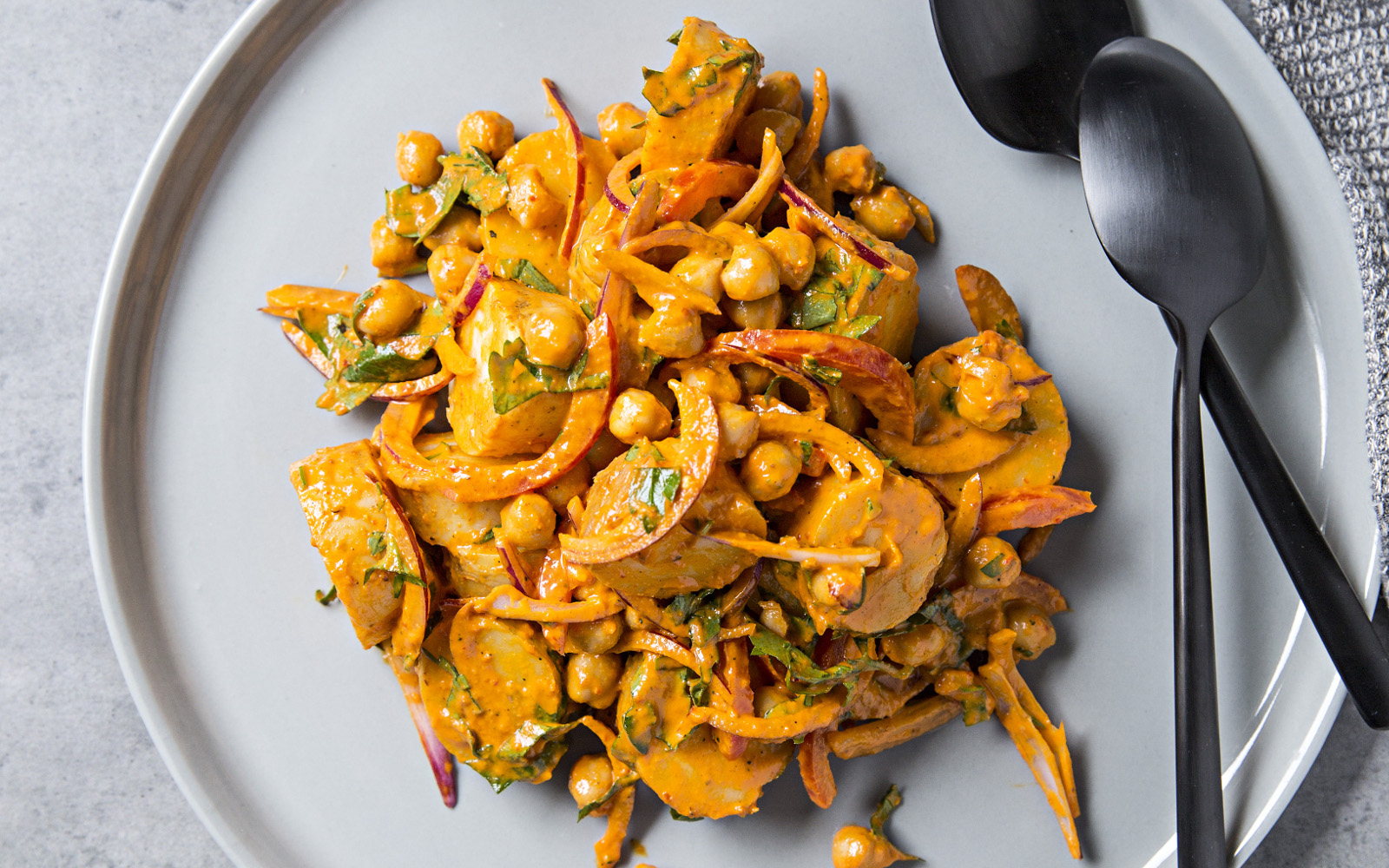 We know… patatas bravas is normally a fried potato dish. This Ensalada con Patatas Bravas: Spanish Potato Salad from Smith and Daughters: A Cookbook (That Happens To Be Vegan) is a spin on the heavy, fried, unhealthy classic version. This recipe is fresher and brighter yet just as satisfying! Go ahead, fry or bake the potatoes and toss the sauce through. Because seriously, who doesn’t love potato salad? And no eggs means you can take this to picnics and have a light, tangy, spicy alternative that won’t go toxic in the sun. 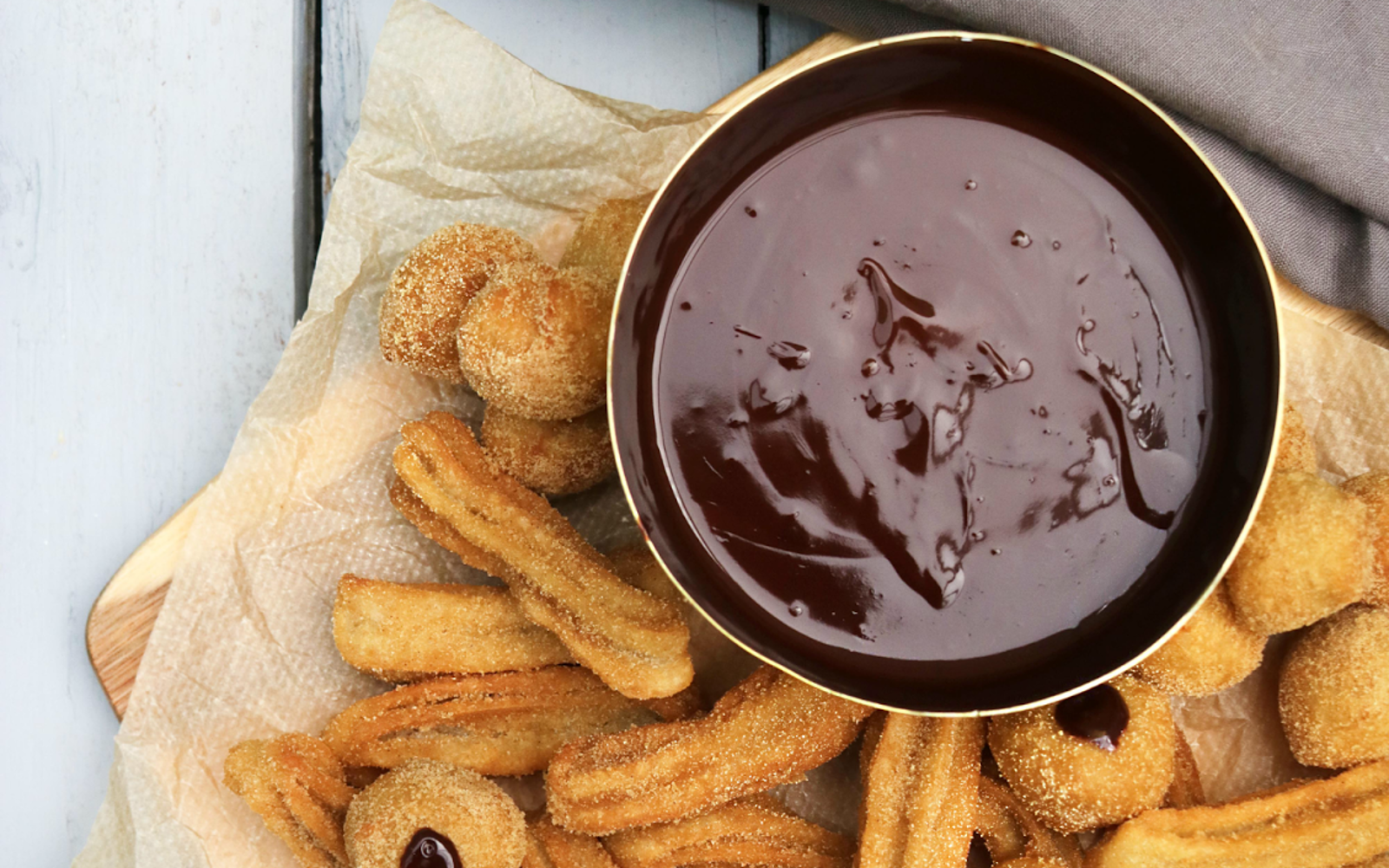 You can now enjoy one of your favorite street foods from the comfort of your own kitchen! These Cinnamon Churros With Chocolate Ganache from Holly Jade can be enjoyed with a divinely rich dark chocolate ganache that makes the treat all that much more indulgent. These cinnamon churros would be great served at a party, summer BBQ, events … anything, really. So what are you waiting for? 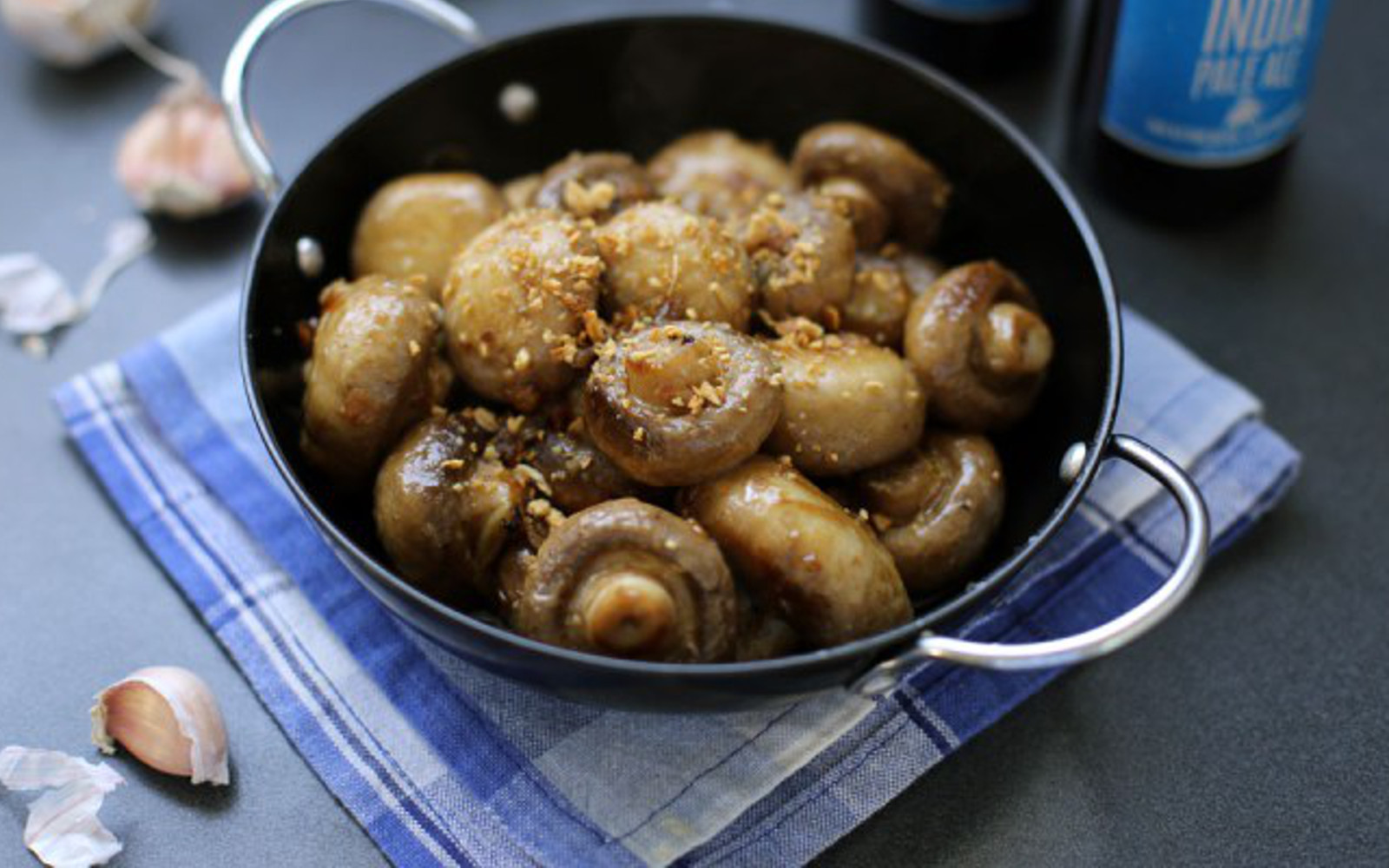 Champiñones al ajillo or garlic mushrooms in English is a very popular Spanish tapas dish made from sautéed mushrooms with garlic, olive oil, lemon juice, and chilis. This dish is not popular only in Spain but the Philippines as well, due to Spanish influence. This is usually served as a side dish paired with simple grilled or fried dishes or as a pulutan (finger food) paired with a really cold cerveza (beer). Check out this Champiñones al Ajillo: Spanish Garlic Mushroom Tapas recipe from Raymund Macaalay! 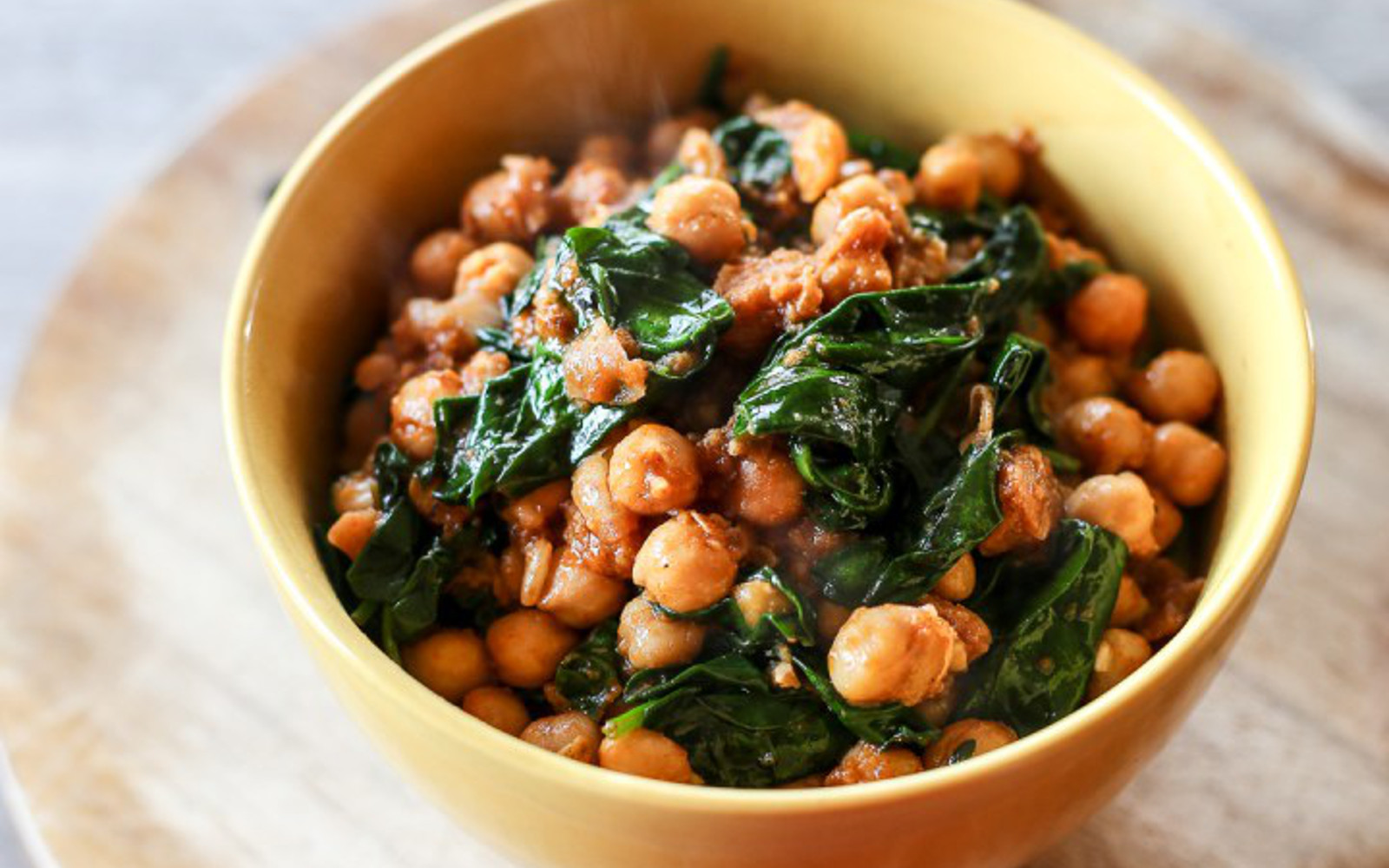 Espinacas con Garbanzos is a type of tapa from the Andalusian region which is prepared with spinach (espinacas) and chickpeas (garbanzos), it seems to be an odd combination but wait till you try them – you’ll want to make this Espinacas con Garbanzos: Spinach With Chickpeas from Raymund Macaalay every day! 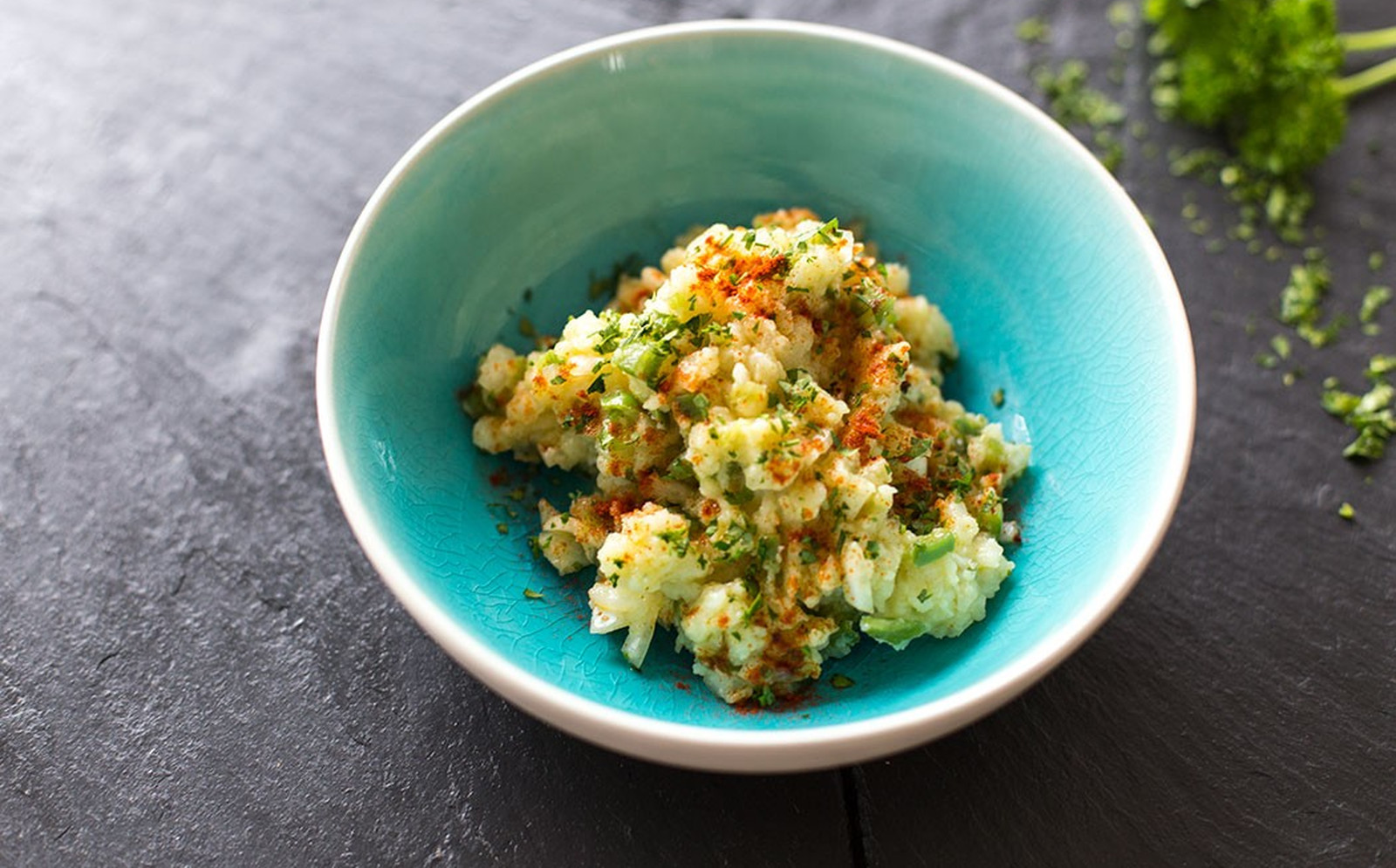 No tapas bar in Cádiz is a real Cádiz tapas bar without “papas aliñás.” Of course, there is a reason for that … this cold dish is a perfect recipe for when the heat hits hard. Similar to other popular Andalusian specialities, this Andalusian-Style Potatoes recipe from Lara and Eduardo is a simple and unpretentious recipe that can be eaten both as tapas or as a starter. 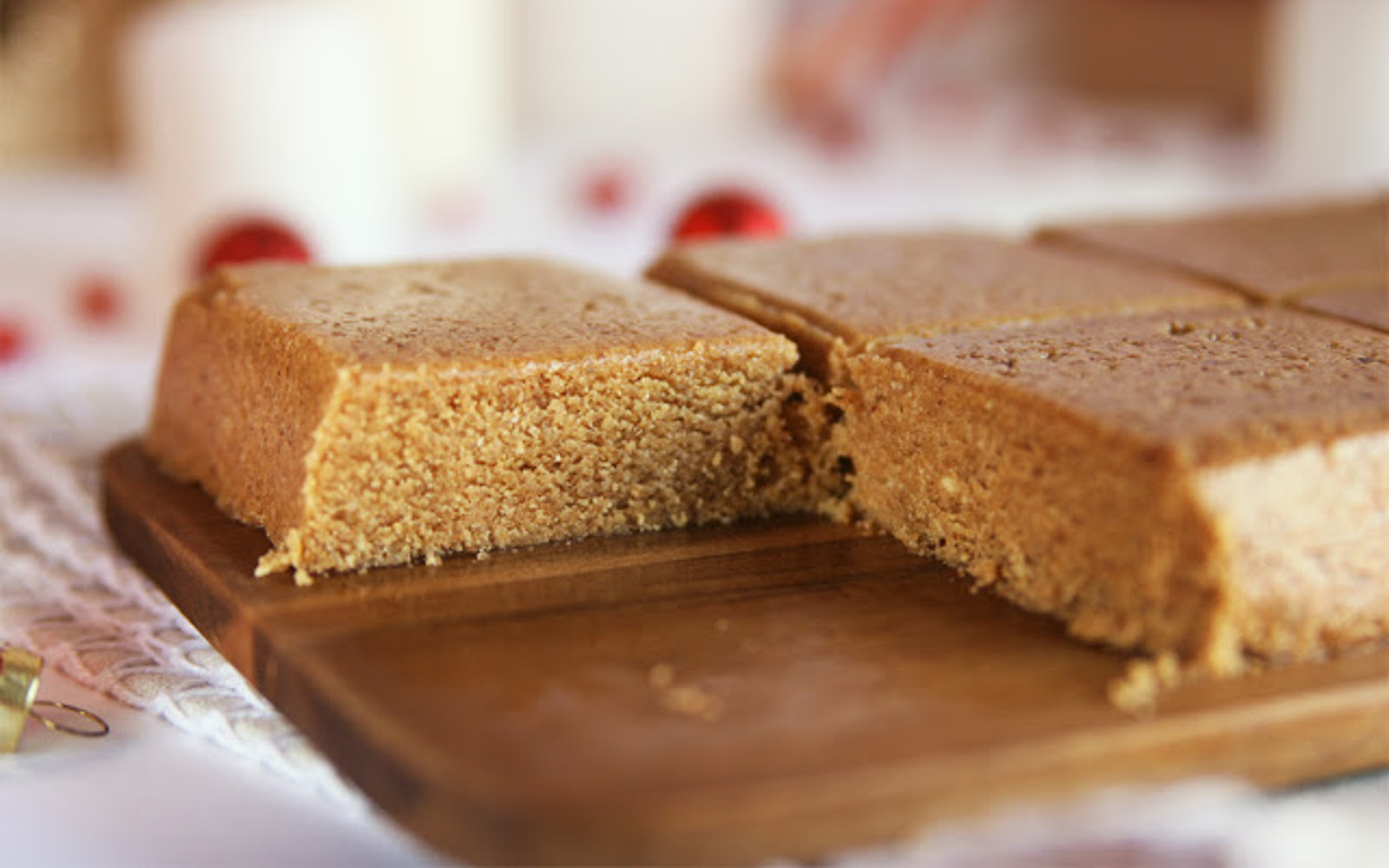 A true Spanish delight, this Spanish Soft Nougat from Gemma Gonzalez will be gone in the blink of an eye! It’s deliciously soft and tender, with a marvelous taste of roasted almonds. One bite, and you’ll be hooked for life! 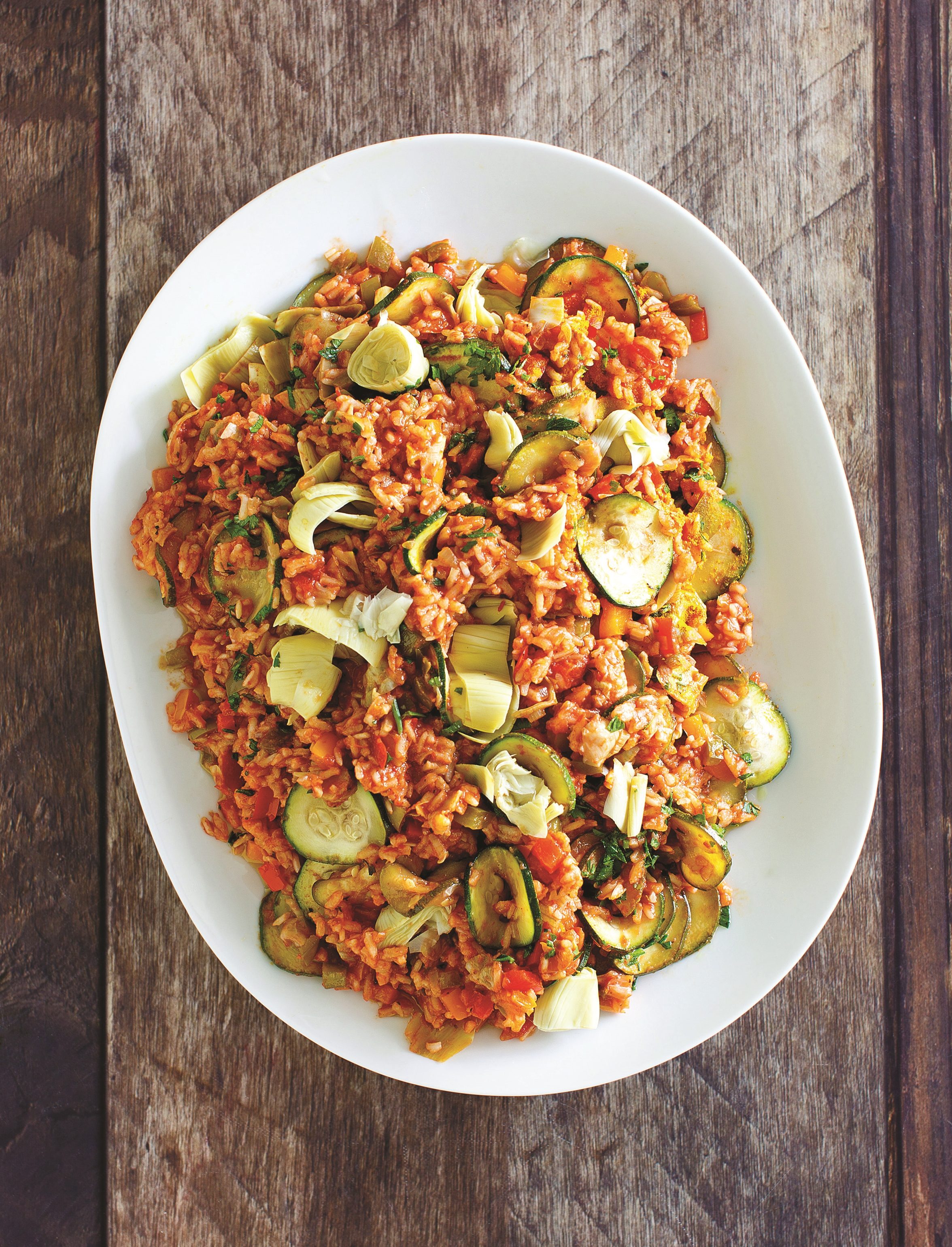 What is paella, you ask? It’s a traditional Spanish rice dish, served as a main course, that originated in the province of Valencia. This take on the beloved favorite has turmeric in it rather than saffron (because that stuff is expensive!) so check out this Spanish Artichoke and Zucchini Paella from Kinda Vegan by Adams Media! 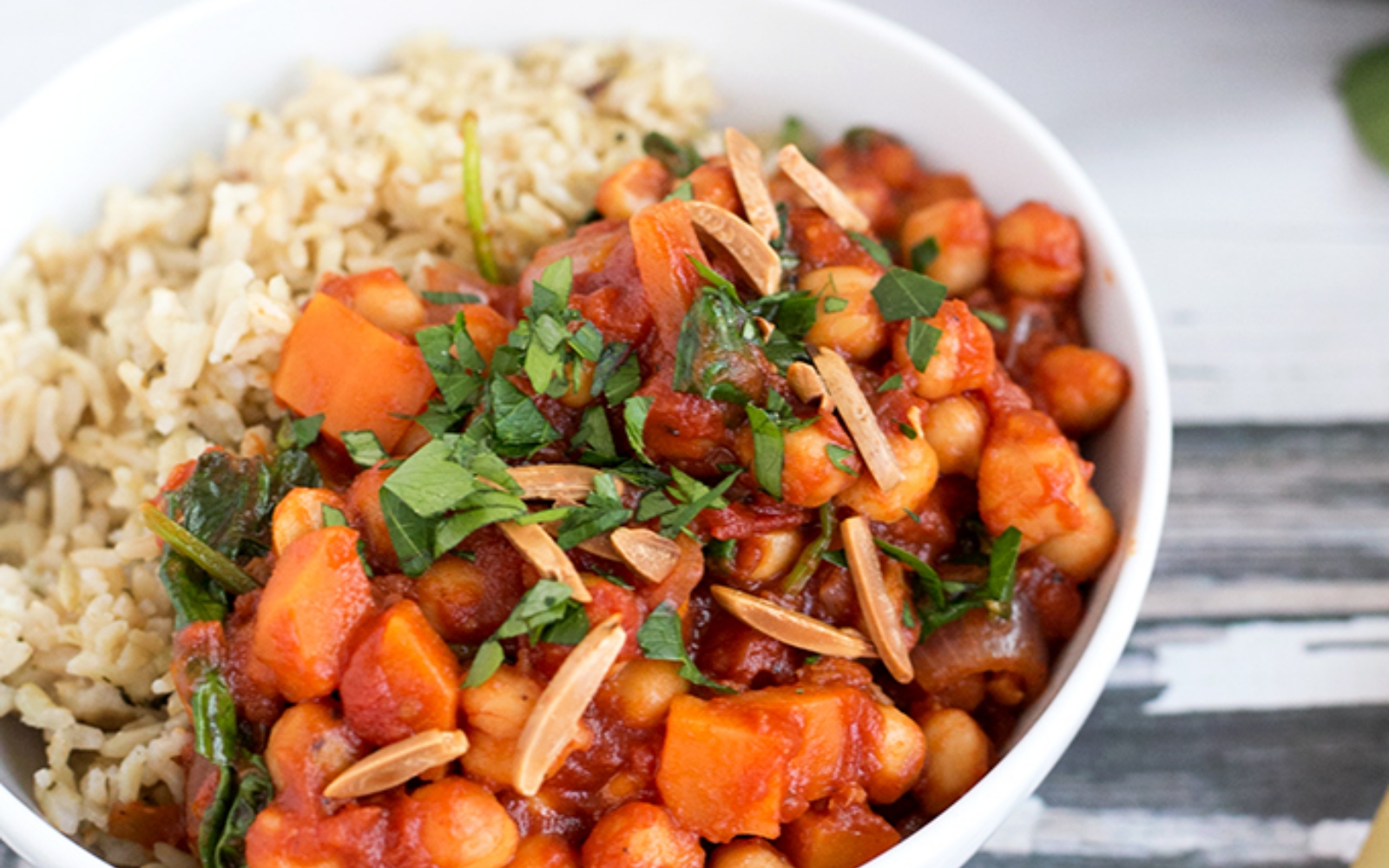 In under 45 minutes you have a nutrition-packed and aromatic Spanish Chickpea and Sweet Potato Stew from Crazy Vegan Kitchen. Serve with some brown rice or a nice, crusty piece of bread. 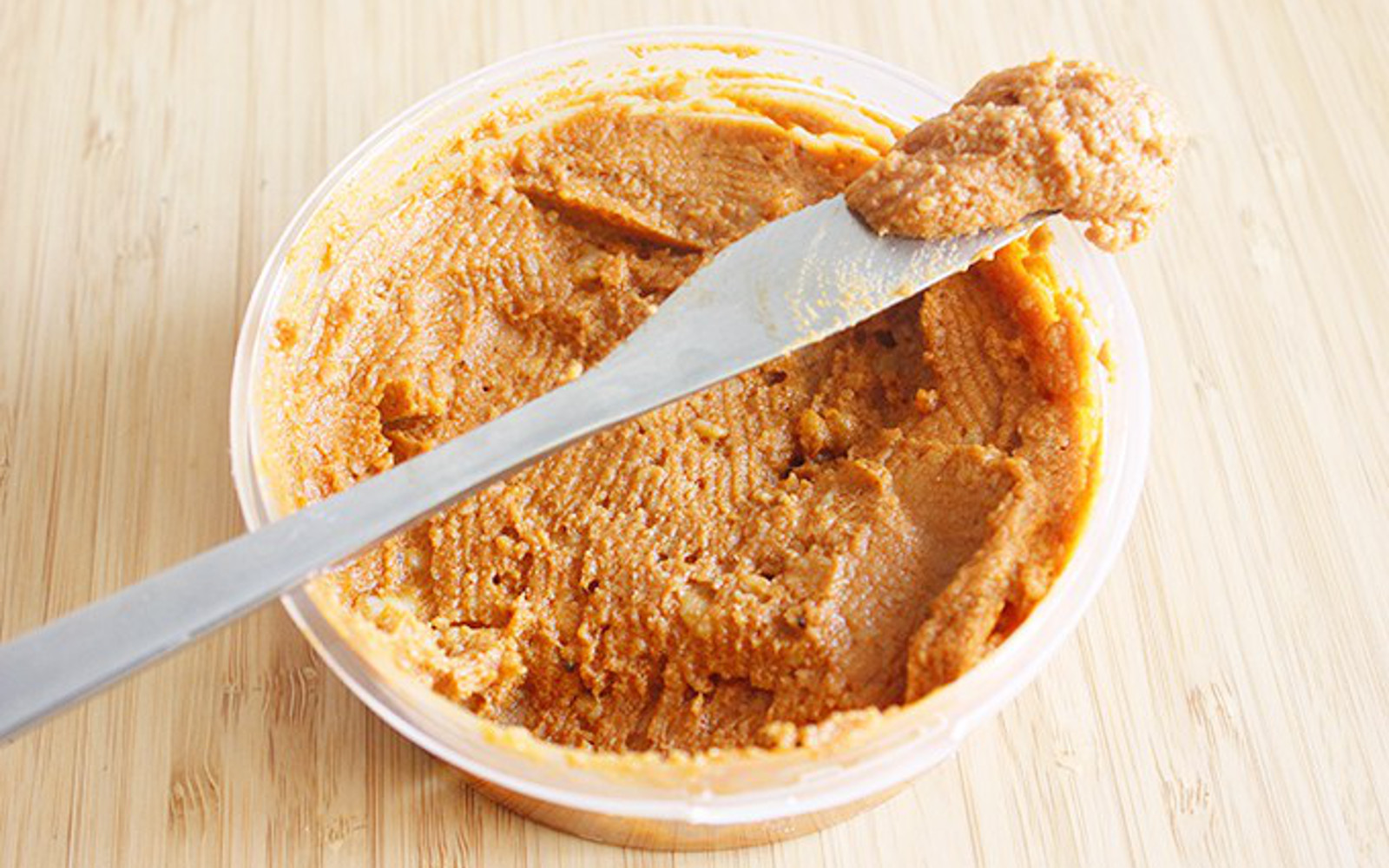 Sobrassada is a raw, cured sausage hailing from the Balearic Islands of Spain. Although it’s a sausage, it’s often served with crackers, as a spread. This entirely plant-based Potato Sobrassada: Spanish ‘Sausage’ Spread from Carla Rendon and Jessica Ruiz is smoky, spicy, easy to make, and it’s made from potatoes, so it’s budget-friendly! This spread keeps well in the refrigerator, so you can grab quick snacks throughout the week.

Need more Spanish recipes? Check out our Spanish Recipes Archives and 8 Meat-Free Tapas For Sampling Spanish Cuisine! Don’t forget to check out our Food Monster App, which is available for iPhone, and can also be found on Instagram and Facebook. The app has more than 15,000 plant-based, allergy-friendly recipes, and subscribers gain access to new recipes every day.