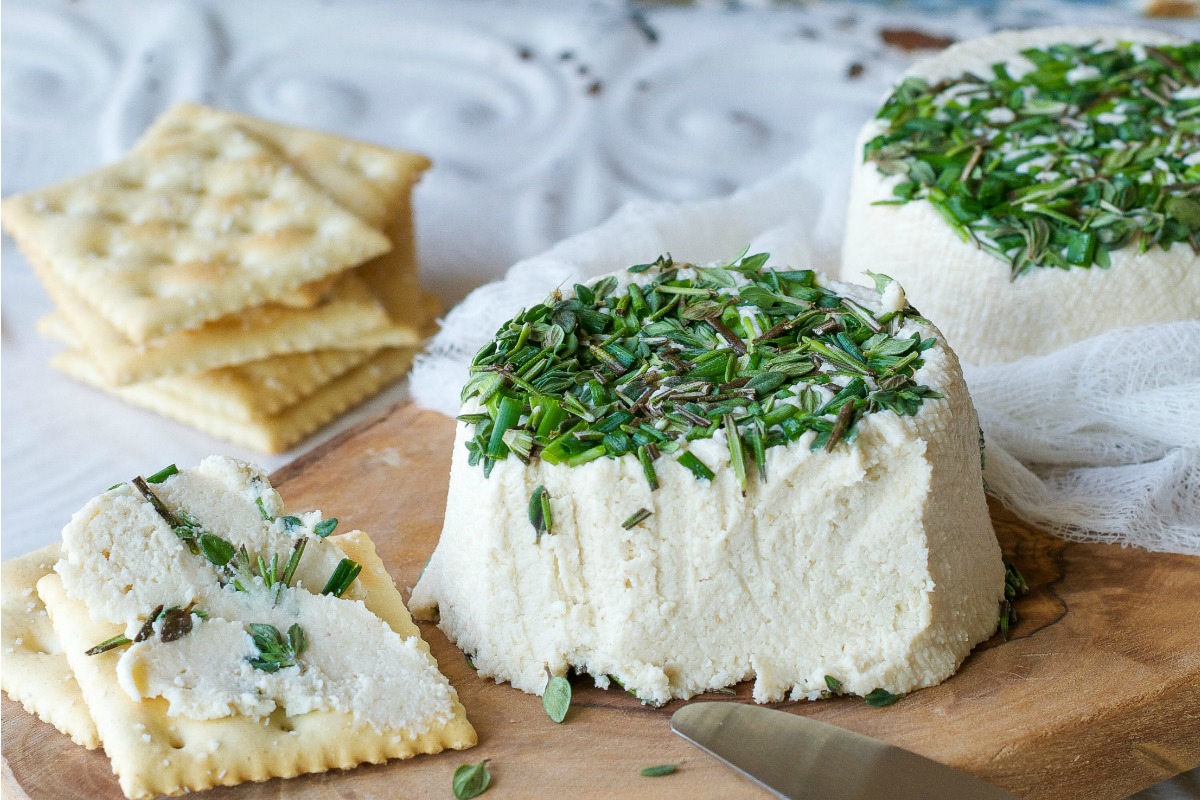 For lovers of vegan cheese, it can be hard to find a brand you love, let alone a grocery store that carries it. However, plant-based dieters in the UK hit the jackpot with Sainsbury’s.

Sainsbury’s, the second largest chain of supermarkets in the United Kingdom, launched its own range of five vegan cheeses in 2016 to great reviews from its customers. Now, one year later, we are pleased to announce that its vegan cheese line, which is officially called “Freefrom”, now has two more flavors that are available in-store — and one more is forthcoming!

And here are ‘Sainsbury’s Deliciously Free From Cheddar-Style with Chives.’

According to Metro, Sainsbury’s has also created a “Freefrom Vegan Blue Cheese” (!!!), and while it’s not in stores yet, come November 2017 it will be available across the UK.

Not in the UK? Don’t sweat it. Our Food Monster App has plenty of delicious dairy-free cheese recipes for you to cook up at home. They’re actually fairly simple to make!

This Cashew Blue Cheese by Carla Rendon and Jessica Ruiz is a hit.

Yes, this is real! This vegan version of blue cheese is made with cashews. It’s soft, spreadable, and tangy perfect for serving on crackers with grapes on the side. The “moldy cheese” look is achieved by mixing some of the cashew cheese with dry herbs and spirulina, for a true blue color. This appetizer is guaranteed to blow your guests away.

Is this vegan Camembert making anyone else hungry for lunch?

If you love creamy, earthy French cheese with a bloomy rind, you’ll love this vegan Camembert by the Vegan Cheese cookbook. Similar to Brie, Camembert is a nutty cheese but has deeper earthy undertones. Slice this fragrant cheese over a piece of crusty baguette or present it as part of your next cheese platter for ultimate enjoyment.

Spread some of this Roasted Garlic and Fresh Herb Cream Cheez on your morning bagel.

Creamy, garlicky, and irresistible smeared on crackers or toasted bagels, this cashew-based “cheese” by Annie Oliverio might just remind you of herbed Boursin.

Sensitive stomachs, rejoice! This is a dairy-free, nut-free, grain-free, and coconut-free cheesy spread! This tastes similar to a smoky cheddar cheese, except it’s easier to spread than cheddar cheese. Slab this on bread, veggies, crackers, grapes, whatever! You can’t really do anything bad with this spread because it’s just that good.

Check out these 20 Vegan Cheeses That Will Knock Your Socks Off and go the extra mile and make this Life-Changing Cheese Sauce.