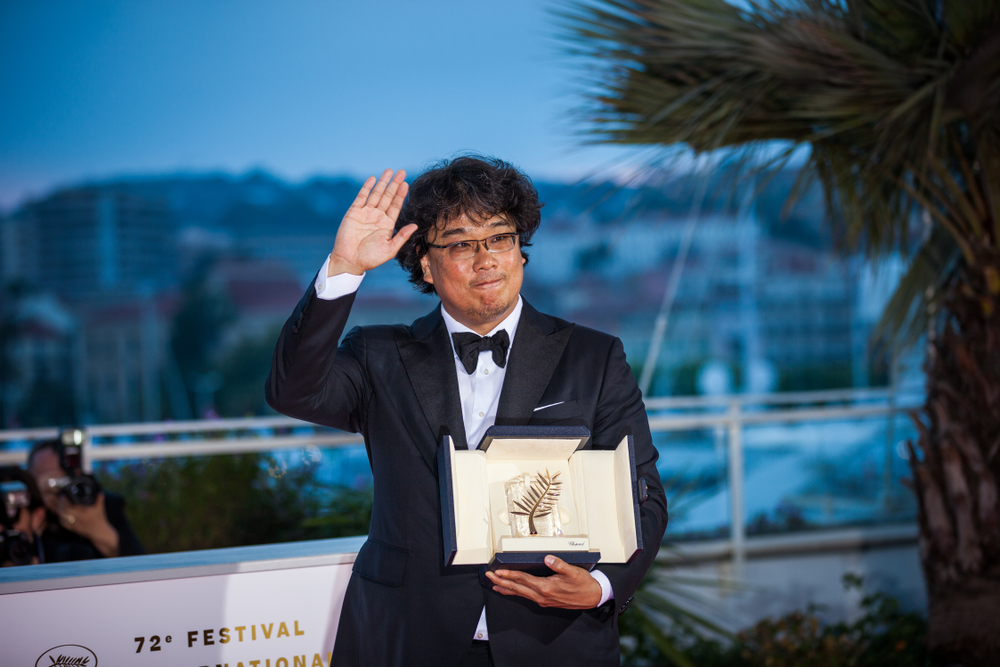 Parasite Director Bong Joon-ho has quickly risen to fame thanks to his Oscar-winning movie, Parasite. The Korean director was also vegan for a short time in 2017 and has since decreased his meat consumption!

According to the Telegraph, Bong was temporarily vegan thanks to his sense of smell! When making the movie Okja, Bong watched numerous documentaries about pig slaughterhouses and also visited on in Colorado. He told an audience of the smell of the slaughterhouse, ” When you’re finally there, there’s this smell. It felt like it was following me home.” He was vegan during the filming of the movie.

In 2017, Bong shared with an audience that he has significantly decreased his meat consumption and is now working to become a pescatarian. Making Okja had an effect on him, he said of the movie in an interview with Dazed, “where you have a girl initiating this deal with the golden pig. It’s something that’s not quite like her. In the end, she only manages to save one little pig from the chain of death. She comes back to that beautiful mountain but something is different about her. It’s almost as if the screams she heard in the slaughterhouse are still hovering around her ears.”

The film’s message also had an effect on many Ojka audience members. Bong told the Independent in 2017 that he wants audiences that see Okja to “consider where the food on their plate comes from.” He said that would help reduce meat consumption.

Joaquin Phoenix also made a splash at the Academy Awards by giving an acceptance speech that called for more work on animal rights and the environment.

To learn more about reducing your meat intake and becoming vegan, check out these articles.