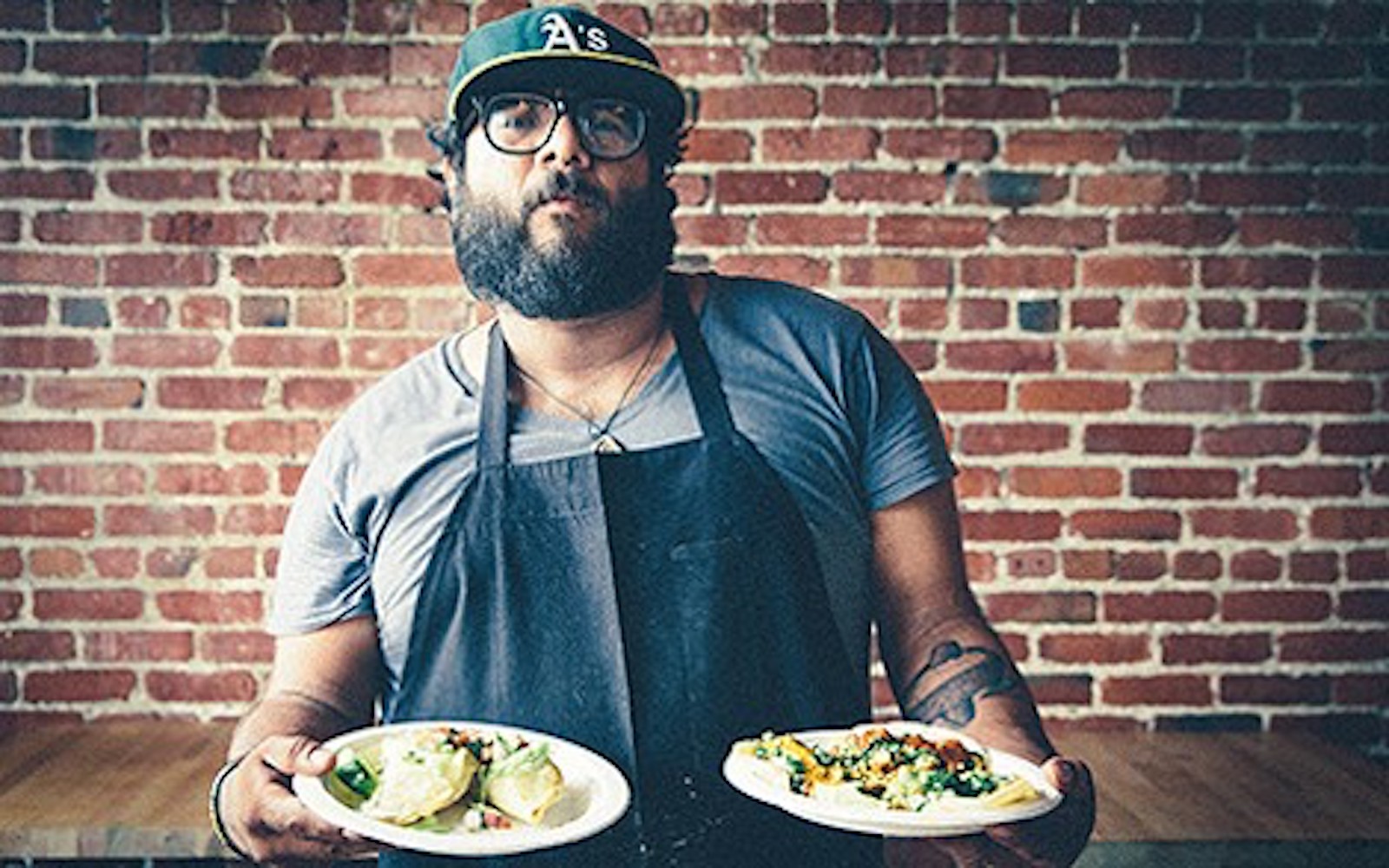 We get it. Every few months there is another ‘revolution’ in the plant-based world from yet another celebrity holding a fresh-pressed juice at a festival, to a grocery store opening in counties you may not have heard of, to yoga-pant-clad moms in the West End throwing red paint on a passerby. There are some things that serve as light-hearted news to share on social media and chat about over a roasted kale salad.

This pop-up shop phenomenon is way past the vegan cliches of yesteryear, though. It’s been hitting California hard, the LA Times reports, producing a new wave of modern Mexican food from immigrant and second-generation families reinventing traditional Mexican food. There are a bunch of vegan Mexican chefs and bakers eliminating meat, eggs, and dairy while serving delicious Mexican cuisine through pop up shops.

They pop up at farmers markets, festivals, and dive bars all the way from Ontario to Santa Monica. There are a few favorite mainstays on the scene right now; La Vegana Mexicana, Vegan by Victoria’s and Taqueria La Venganza.

Mexican food is the best when it’s vegan!

Enjoying cheesy, gooey, spicy Mexican dishes doesn’t have to be a thing of the past. Vegan Mexican dishes are just as delicious when cruelty-free. If you can’t make it to California anytime soon, opt for a Cheesy Cashew Quesadilla, instead. It’s filled with creamy cashew cheese and baked to perfection. If you want something a little different, try this Grilled Mexican Quesadilla With Lentils and these Spinach Artichoke Quesadillas.

We want to try a sweet bread, too!

If you can’t make it to Vegan by Victoria’s, try our gluten-free Mexican Sweet Bread instead! Conchas are made from two different layers of bread. The main roll has a texture and weight similar to that of brioche but it is slightly sweeter and the top layer is sugary, crumbly, and delicious.

The tamale obsession is real!

Don’t worry, we’ve got you covered on the tamales as well. These Black Bean Tamales are filled with corn, black beans, tomatoes and fiery spices, all cooked in a little corn husk pocket. They’re easy to cook and delicious to share. Or not to share. These Olive Oil Tamales are absolutely tasty too and easily pair with a rich vegan cheese.

If you’re looking for more Mexican-inspired recipes like these, then make sure to download the Food Monster App. With over 10,000 recipes, it’s available for both Android and iPhone, and can also be found on Instagram and Facebook. Full of allergy-friendly recipes, subscribers gain access to new recipes every day. Check it out!