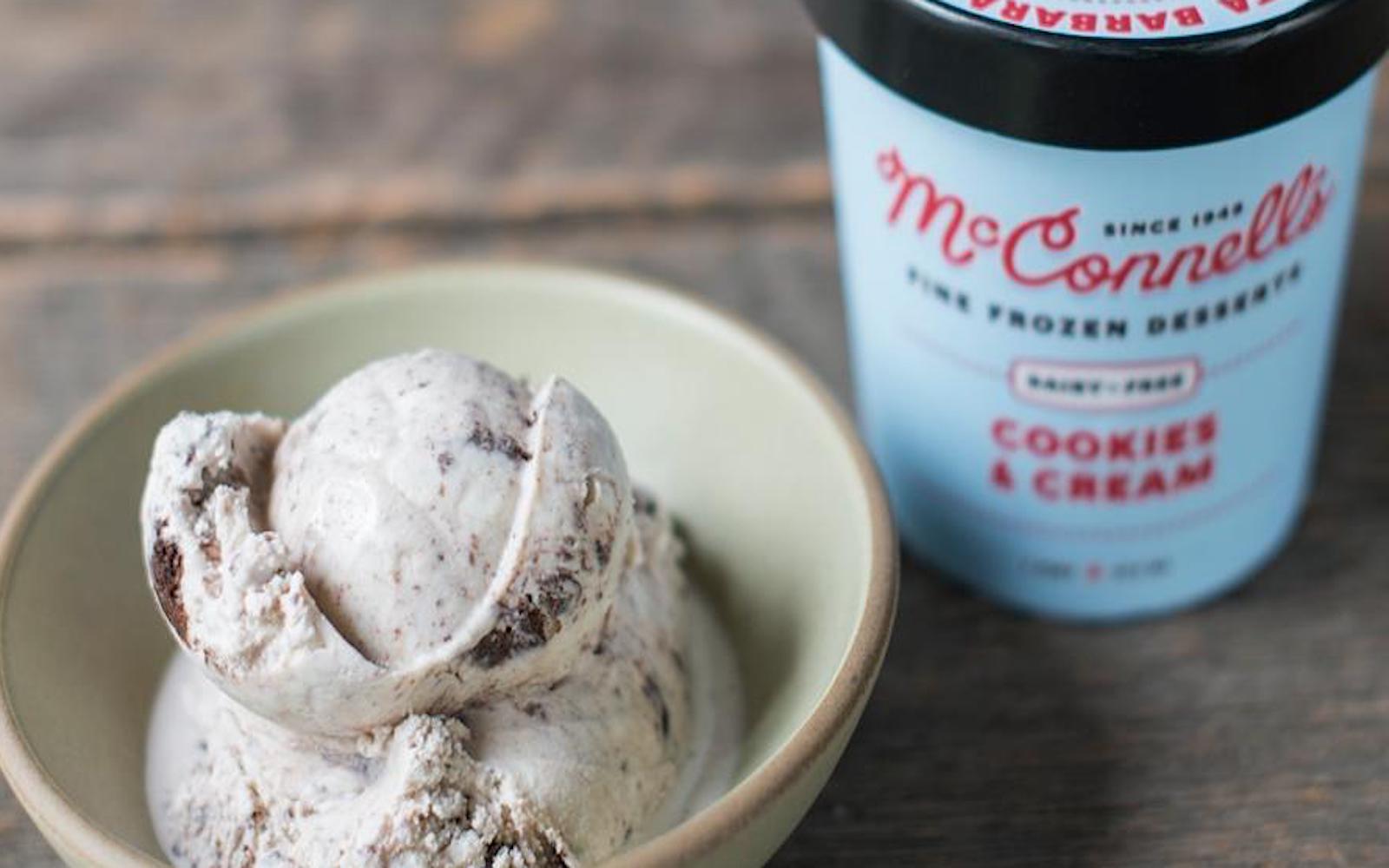 McConnell’s Dairy, launched in 1934, is the largest family-run dairy company in Santa Barbara, California. After nearly 70 years, the brand’s offerings are beginning to evolve as the demand for plant-based products increases. McConnell’s has launched a new line of dairy-free ice creams, made from micronized pea protein, which is unique in the market of coconut and almond bases.

McConnell’s are one of the first companies to create vegan ice cream with pea protein. Currently, the line is being sold in retailers like Gelson’s and Bristol Farms, with more retailers being released next month. Their traditional milk-made products are sold in tons of Whole Foods and Safeway’s around the nation. 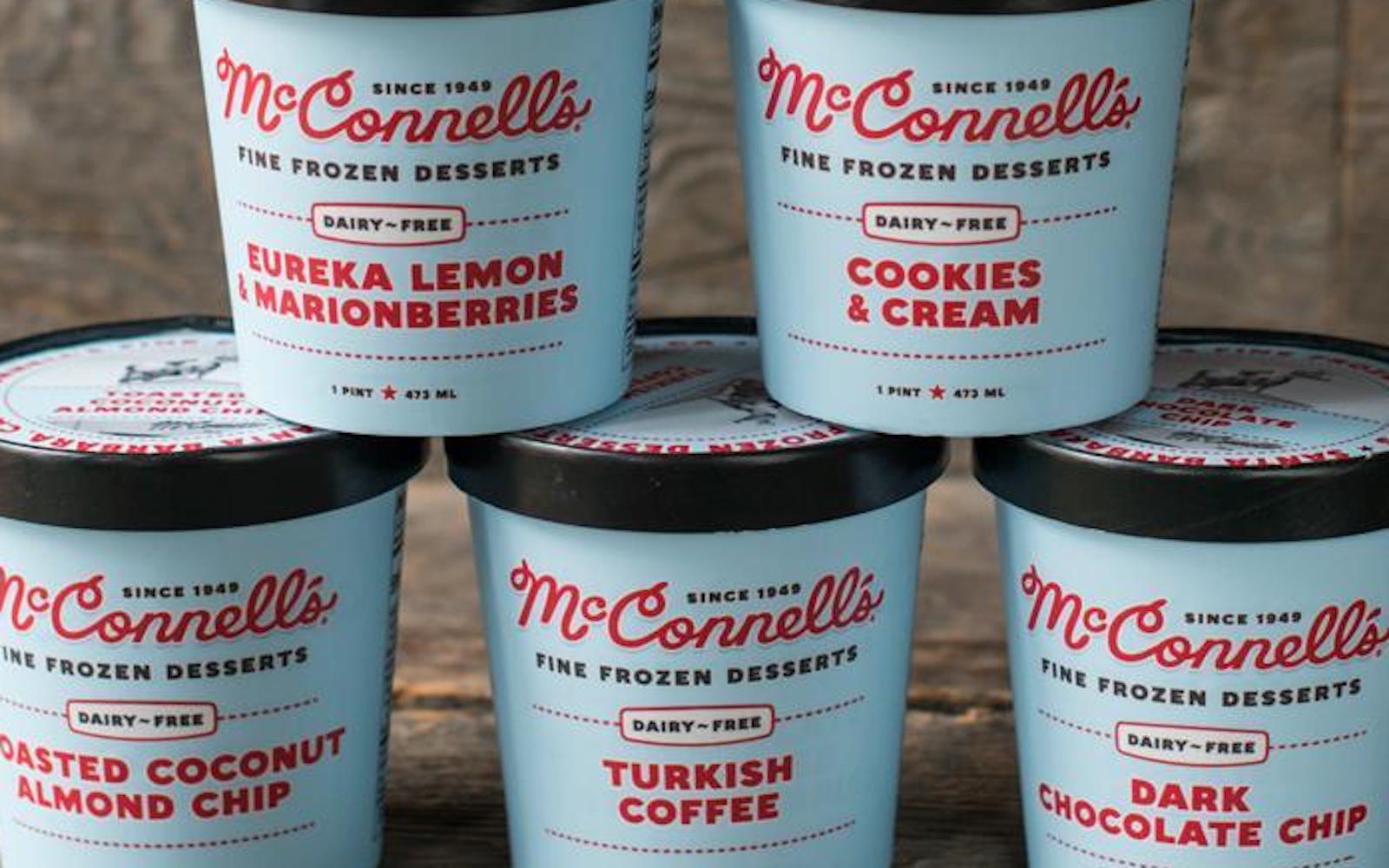 We’re definitely looking forward to the five delicious flavors. They will have dark chocolate chip, toasted coconut almond chip, cookies & cream, Turkish coffee and Eureka lemon and marionberries. Each will retail for $7.50 to $10.00 a pint!

McConnell’s CEO Michael Palmer told Project Nosh, “People really didn’t expect it from McConnell’s because we are really known for the most indulgent, highest butter fat, densest ice cream in the business.”

According to BevNet, “Milk’s declining popularity with U.S. consumers has gone from a dip to a sustained downward trend, and it’s one that looks set to continue in the years ahead. Last year, market research group Mintel reported dairy milk sales were predicted to drop 11 percent from 2015 to 2020.”

To avoid confusion, McConnell’s refers to its dairy-free line as a “frozen dessert.”

You have plenty of options with these vegan ice cream recipes from the Food Monster App!

For a dark chocolate ice cream, try this Mocha Caramel Ice Cream With Almonds and Dark Chocolate Chunks recipe! Despite all this decadence, it is free from dairy and refined sugars, obtaining it’s perfectly sweet, caramel flavor only with dates.

This cooling, summery Refreshing Lemon Ice Cream is the perfect warm weather dessert. This lemon ice cream has all the refreshing goodness of a sorbet with the creaminess of ice cream.

For a similar almond taste, opt for this Almond Corn Flake Ice Cream recipe. This is not the most traditional flavor, but it’s super tasty! You won’t be disappointed with this one.

If you enjoy vegan ice cream recipes like this, we highly recommend downloading the Food Monster App, it’s available for both Android and iPhone and has free and paid versions. The app is loaded with thousands of allergy-friendly & vegan recipes/cooking tips, has hundreds of search filters and features like bookmarking, meal plans and more!