Large Chicago Burger Chain Adds Beyond Burger to the Menu 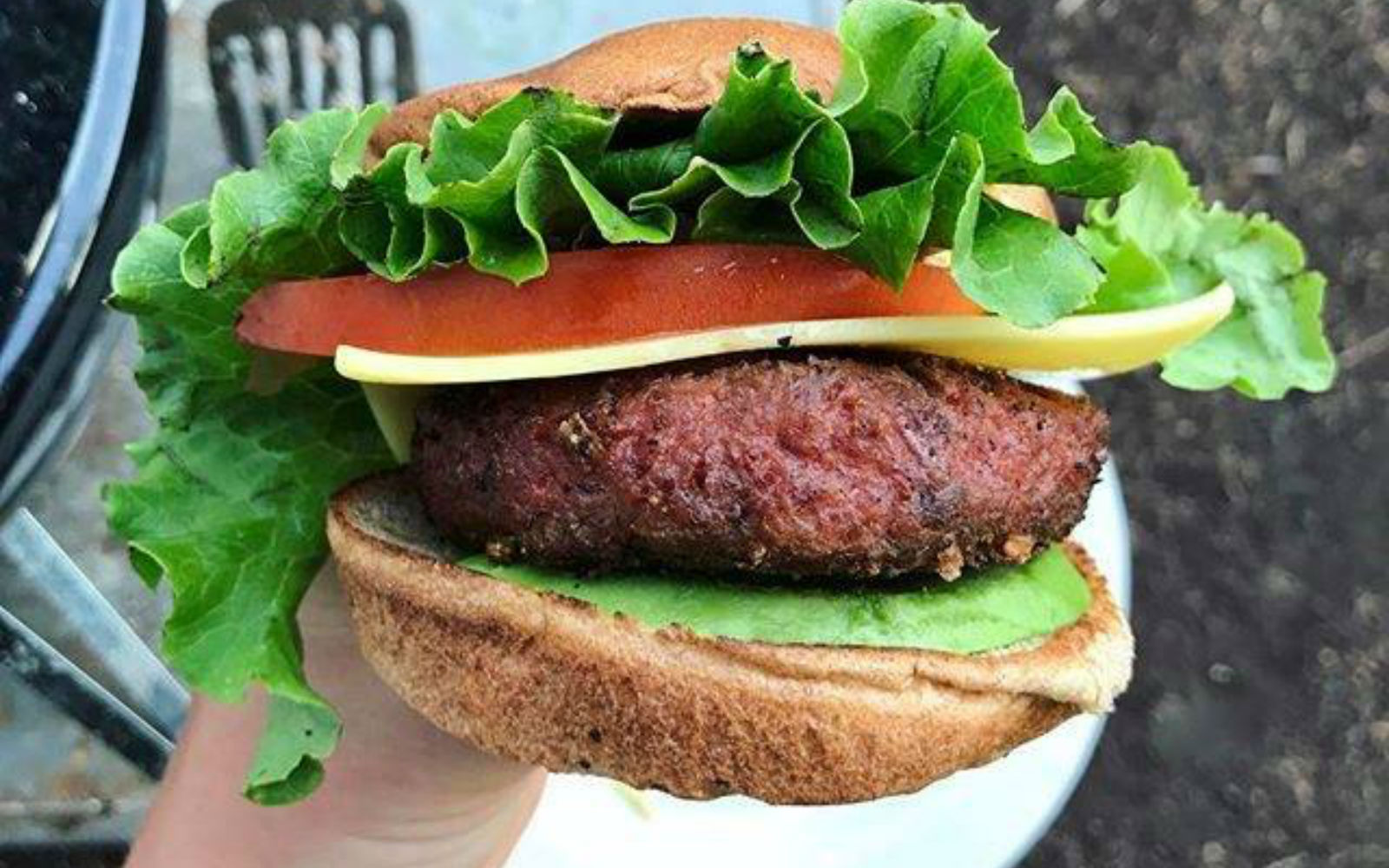 Get ready to celebrate, burger fans, because yet another restaurant has decided to include an extremely popular plant-based option on its menu, and it’s sure to please the masses. Chicago-based chain Epic Burger, known for its meat-heavy burger menu, has partnered with plant-based food company Beyond Meat and will begin serving the Beyond Burger at all eight of its locations.

“Founding a company with the tag line ‘A More Mindful Burger’ we are always looking for ways to enlighten people about how food is grown, raised, processed, transported and consumed,” David Friedman, Founder and CEO of Epic Burger, Inc. told us in an e-mail. 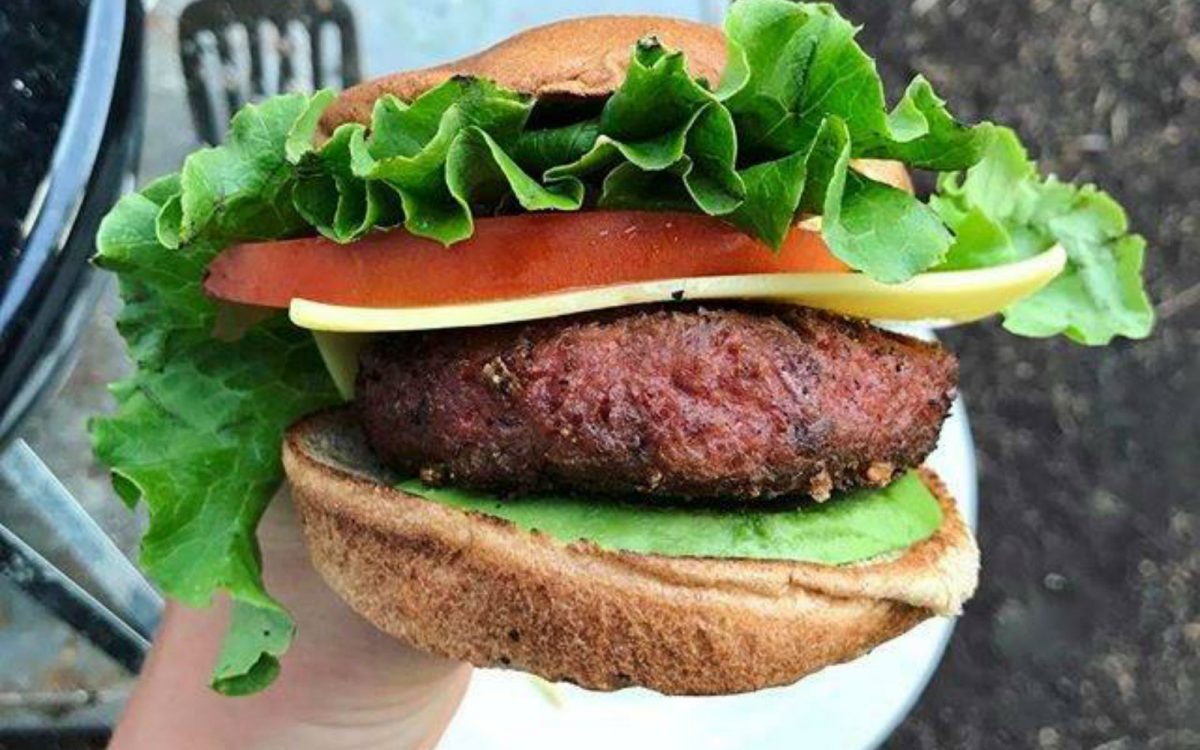 We can’t say we’re in the least bit shocked Epic Burger is hopping on board with the meat-free movement and partnering with Beyond Meat, a pioneer in the development of plant-based burgers. Going meat-free is one of the most mindful actions we can take for our planet!

If you’ve never heard of it before, the Beyond Burger has been widely lauded not only for its spot-on meaty and juicy flavor and texture profile but because it actually “bleeds” beet blood when you make it, just like an animal burger would. Additionally, each Beyond Burger patty boasts an impressive 20 grams of plant-based pea protein per patty, not to mention it contains no soy, gluten, or GMOs. As more people are beginning to turn to plant-based options in restaurants, it’s no wonder Epic Burger decided to include the Beyond Burger on their menu!

“It’s such a tasty burger!” One Green Planet co-founder Preeta Sinha exults. “Plant-based burgers have come a long way from bland and boring to people not even noticing they are meatless.”

The burger was formerly only sold at Whole Foods in the Chicago area, marking Epic Burger as the first local restaurant to begin serving the patty. Customers interested in the Beyond Burger will be able to find it in its most simple iteration — with lettuce, tomato, and onions on either a whole wheat or white bun — for $7.29 on the Epic Burger menu. That compares to $6.29 for Epic Burger’s basic beef burger.

Of course, your foray into plant-based burgers doesn’t have to end with Epic Burger. The sky is the limit when it comes to different vegan burger flavor combinations and preparation techniques. For starters, if you’re interested in making your own beet-bleeding burger, why not make this Red Quinoa and Beet burger at home? Or if you’re in the mood for some crunch, this Eggplant Crunchburger‘s consistency is sure to blow your mind. Our Hoisin Black Bean Burger With Spicy Sesame Sauce will appeal to any fan of Chinese BBQ.

For those of us that eat with our eyes, this Sweet Potato Bean Burger is sure to delight, considering its bun is made out of bright green avocados! 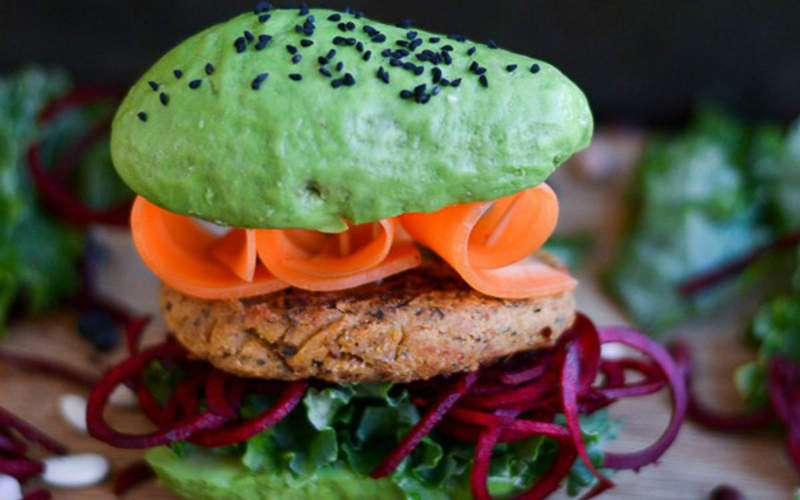 Excited? Looking for even more inspiration for your next epic vegan burger party? Make sure to check out our Food Monster App. You can find burger recipes, along with recipes for pantry staples, snacks, and every meal of the day. It’s available for both Android and iPhone. Currently, the app contains 8,000+ vegan recipes with cooking how-tos, articles, and 10+ new recipes added daily. The app makes plant-based cooking easier than ever by breaking down recipes into hundreds of categories according to ingredient, meal type, allergen, event, season, and more – not to mention, you won’t have to have your laptop or a cookbook on the counter while you’re cooking. Give it a try!