Is Cauliflower the New Kale? 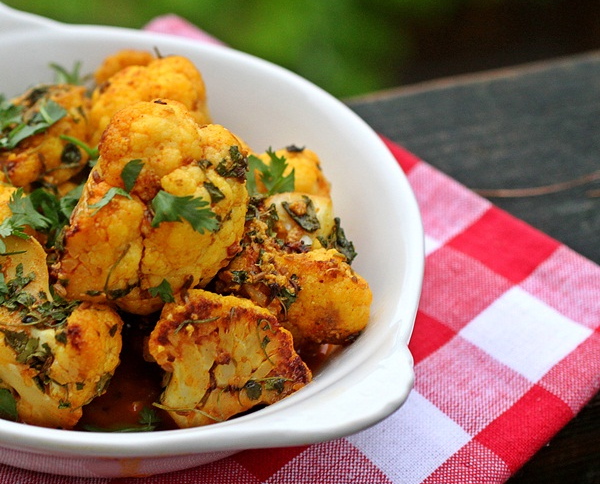 What’s creamy white, looks like a miniature tree, and is a vegetable? Cauliflower, of course! The shy cousin of broccoli is stepping up to the plate this year to face off against the most popular of all greens, kale. Some are even calling cauliflower the new kale! But, in a fight for nutritional supremacy and cooking variability, which vegetable will win out? To assuage your questions, here are five reasons why cauliflower is indeed the new kale.

1. Cauliflower can be a substitute for rice.

2. Cauliflower is a great source of Vitamin C.

Cauliflower is composed of 73 percent of Vitamin C per cup, 2 percent more than kale. With all that Vitamin C, you can boost your immune system and ward off sickness. Kale may be lean and green, but cauliflower is mighty and marshmallow-colored, easing your stuffy nose in a jiffy.

Instead of taking a masher to some potatoes, take it to some steamed cauliflower. As a starchy vegetable, cauliflower holds up to heavy toppings like vegan cheese, soy crumbles, beans, and any other food that you would normally put on potatoes. Cauliflower can also be blended or mashed to achieve the same texture as potatoes, so you and your picky kids or nephews won’t be able to tell the difference. And, I don’t think you can mash up kale to make mashed “potatoes,” and if you can, it probably wouldn’t taste that good. Try this CauliMash recipe.

4. Cauliflower is an anti-inflammatory food.

Although it doesn’t have as much Vitamin K as kale, cauliflower does have a substantial amount, contributing to its anti-inflammatory benefits. Regular consumption of this vegetable can lower your risk for the inflammatory disease, rheumatoid arthritis, by about 17 percent. How cool is that? While you chow down on some charming crowns of cauliflower, you can be sure that you’re simultaneously avoiding a detrimental disease.

5. Cauliflower can be used to make pizza crust.

How many vegetables can be used to make a pizza crust? Well, I don’t know, but cauliflower is one of them, and kale is not. You could put kale on top of your pizza if you’re truly desperate, or put some flecks of the green in the dough of your crust. Cauliflower crust is a different story though: it’s gluten-free, grain-free, and it’s downright delicious.

From a rice, potato, and pizza crust substitute to a killer source of vitamins, you can’t go wrong with cauliflower! Stuff it in your steamer, oven, or keep it raw in your food processor, but just make sure you get it in your mouth. Your body will thank you. Step off your high horse, kale, and let cauliflower have a ride as the trendiest and most useful new veggie!