Is Agave Bad for Your Health? 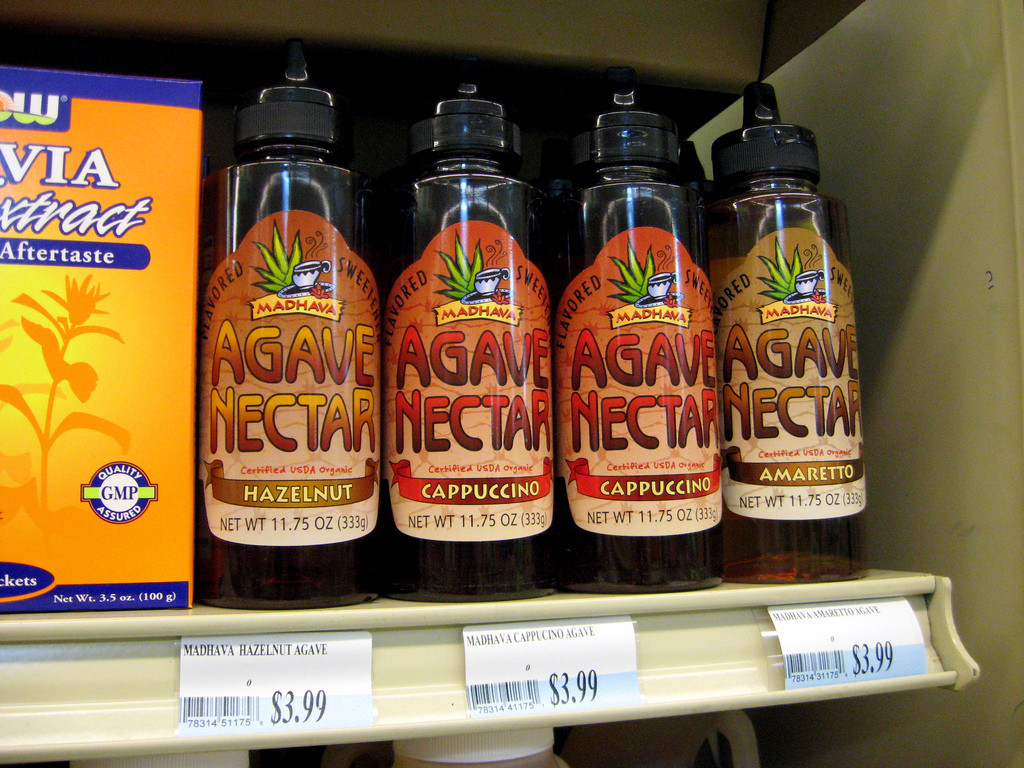 Agave is perhaps best known as the plant from which tequila is created. Within the past few years, agave has gained more household popularity as a healthier alternative to table sugar. Recently, it’s even been touted as a superfood. However, there is much speculation as to whether or not this sweet stuff is bad for our health.

On the one hand, we can note that agave is a natural sweetener that is produced from the agave cactus, a plant native to Mexico. The sweetener is produced at low temperatures to protect its natural enzymes. Agave is low on the glycemic index chart, which has made it a go-to sweetener for those with blood sugar problems. It’s been touted in the health community as good-for-you, especially when compared to the dreaded high fructose corn syrup.

But, consider this: if you’re an agave fan, you may have fallen victim to marketing hype. The truth is that agave syrup is processed, making it no better for your health than other sugars. Even a bottle labeled as “raw” has probably been processed under heat to some degree.  In an expert column on WebMD, Kathleen M. Zelman, MPH, RD, LD wrote that “refined agave sweeteners are not inherently healthier than sugar, honey, high-fructose corn syrup, or any other sweetener. Nutritionally and functionally, agave syrup is similar to high-fructose corn syrup and sucrose (Karo) syrup. It does contain small amounts of calcium, potassium, and magnesium, but not enough to matter nutritionally.”

One of my favorite and most trusted physicians, Dr. Joseph Mercola, a natural health advocate and founder of mercola.com, actually warns us to stay away from agave sweetener.

In a blog post for The Huffington Post, Dr. Mercola explains how companies selling the exotic agave promise are misleading us. “Just the name ‘agave’ conjures up images of romantic tropical excursions and mysterious shamanic medicine,” he writes. “These are the mental images many agave ‘nectar’ sellers want you to hold. They use agave’s royal pedigree to cover the truth that what they’re selling you is a bottle of high-fructose syrup, so highly processed and refined that it bears NO resemblance to the plant of its namesake.”

Just how similar is agave to other processed sweeteners? Dr. Mercola wrote, “Depending on the source and processing method used, agave syrup can, therefore, contain as little as 55 percent fructose, the same amount found in high-fructose corn syrup — in which case the syrup would offer no advantage.”

Shockingly, “most agave syrup has a higher fructose content than any commercial sweetener — ranging from 55 to 97 percent, depending on the brand, which is FAR HIGHER than high fructose corn syrup (HFCS), which averages 55 percent. This makes agave actually WORSE than HFCS,” wrote Dr. Mercola.

Companies who sell agave in a bottle obviously want to increase sales, so they hide the fact that agave is not as healthy and raw as we may think. Don’t be fooled; agave is no better for your health than high fructose corn syrup, no matter how exotic, hip, and healthy it may look on commercials and packaging. Instead, try using better alternatives, like coconut nectar or brown rice syrup.