Is a Meat-Free Paleo Diet Possible? 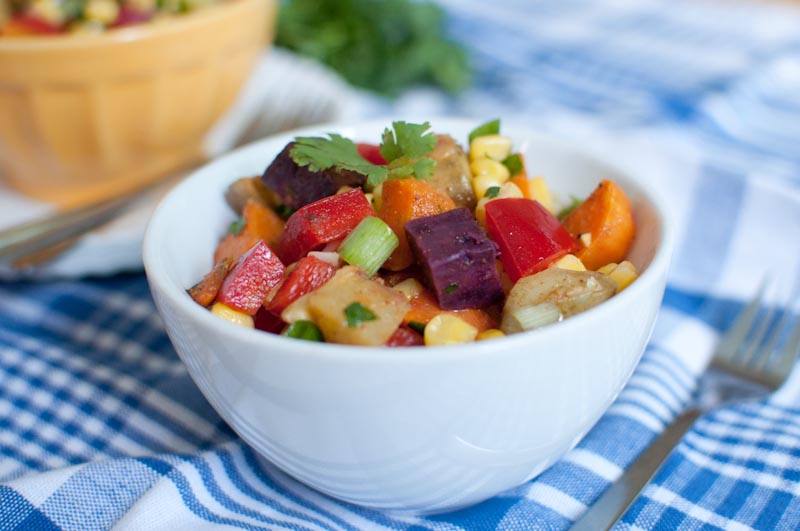 The question might take you by surprise. The two diets, plant-based and paleo, are typically presented in contrast. In fact, we even wrote a post comparing the two. Seeing as how the paleo diet was one of the most searched in 2013, and that veganism is on the rise, it might be worth seeing how the two work together rather than in opposition. Do they need to be mutually exclusive? Let’s take a look.

What are these “diets”?

The basic principle of a paleo diet is to eat like a caveman- or as close as possible in modern times. This means a diet based primarily upon lean, grass fed meats, fish, eggs, healthy fats, berries, roots, nuts, and vegetables. While many interpret paleo dieting as meat-centric, there are those that argue that the emphasis should be on the vegetables, or the “gathering” side of the hunter-gatherer lifestyle, which does include eggs, since our ancestors might not haven eaten that much meat. While there might be some division on these topics, pretty much all primal-type eaters are in agreement that grains, as a food that we did not eat before agriculture, are out, as are other products that humans invented relatively recently, like refined sugar and refined vegetable oils.

Veganism, or plant-based eating is a plant-based diet, sometimes called a cruelty-free lifestyle. Vegans do not eat animal products nor their by-products. This means the big things like meat, fish, eggs, and dairy, but also more hidden ingredients like gelatin. Many vegans live their dietary choices as a lifestyle as well, avoiding leather and beeswax. Of course, there are other plant-based diets, and we’ll take a look at combining paleo-ism with a meat-free mentality.

It goes without saying that combining these two diets is easiest as a vegetarian or pescetarian rather than as a vegan. Eggs and fish are both parts of paleo diets, and are sources of protein as well as other nutrients. A vegetarian paleo diet is tough (say goodbye to pre-made tofu products, quinoa, and pasta), but is certainly possible. A vegetarian paleo would rely heavily on eggs as a protein source, as well as nuts and seeds. Of course, the best egg options are the free-range, naturally fed varieties, even if they are typically more expensive. While some paleos say dairy is a definite no-no, there is a sub-group called “primal” eaters who see dairy as something that can be consumed in moderation. Specifically, the probiotics found in yogurt and the healthy fats in whole milk are advantageous. Skim milk, processed cheese, and ice cream are, of course, out.

Once we get down to true plant-based eating, the most likely compromise for vegans would be closest to a raw vegan diet. Paleos tend to cut back or cut out dairy products, so the issue really remains with eggs, the remaining source of non-plant based protein. Paleos also take issue with legumes and processed foods, so what we’re left with is akin to raw veganism (although paleos see nothing wrong with cooking food). Is this a true paleo diet? Not really, but if you want to find a compromise between the two, this is your best bet, as a raw vegan diet does not contain processed soy products or excess grain. Many raw vegans inadvertently follow some of the ideals of paleo-dieting, such as eating only whole foods, such as fruitarians.

Perhaps a meaningful point in common between the two ways of eating is the stress placed on avoiding sugar, processed grains, and other modern food nightmares. A true paleo or raw vegan approach to eating limits, or does away, with excessive amounts of sweet and salty foods that the Western diet has become obsessed with. Is this maybe the message to take away from trying to combine the two?

So, what should I eat?

If you’re going to try and inspire your diet with these two takes on health, it’s important to know that a paleo diet is approximately thirty-five percent fat, forty percent carbohydrates, and twenty-five percent protein. So, to start, it’s good to know what oils are encouraged. Cold pressed olive oil and avocados are good sources of fat. This means that a salad with olive oil and lemon juice dressing is perfect, especially if it has avocado, nuts, and seeds in it. Check out our 5 step guide to making vegan super-salads.

When incorporating some paleo-ethics into your diet, do the research carefully, and read some beginner guides. One Green Planet isn’t the first to wade into meat-free paleo eating,  and there are websites that offer ideas for little “cheats” like incorporating seed-like grains into your diet. Paleo dietician Amy Kubal recognizes that plant-based paleo eating is a possibility, albeit “not ideal.” She identifies properly prepared beans and legumes, fermented soy, nuts, and seeds as protein sources, and recommends eating whole, clean foods rather than processed veggie-alternatives. If you’re wondering whether a plant-based food is paleo-okay, scroll down to the fruits and veggie sections of this list for ideas on what our cave-man ancestors would have munched on. Head on over to our raw vegan recipes page for some meal ideas, but remember; no sugar! There are also some resources available on the Internet if you’re not really keen on the idea of figuring out whether recipes you find are paleo or not, such as paleovegetarians. The site is slightly out of date, but still contains recipes, resources, and sample eating plans.

At the end of the day, a meat-less paleo diet might not be the real deal, but there are ways to learn from it when deciding how to orient a meat-free lifestyle.