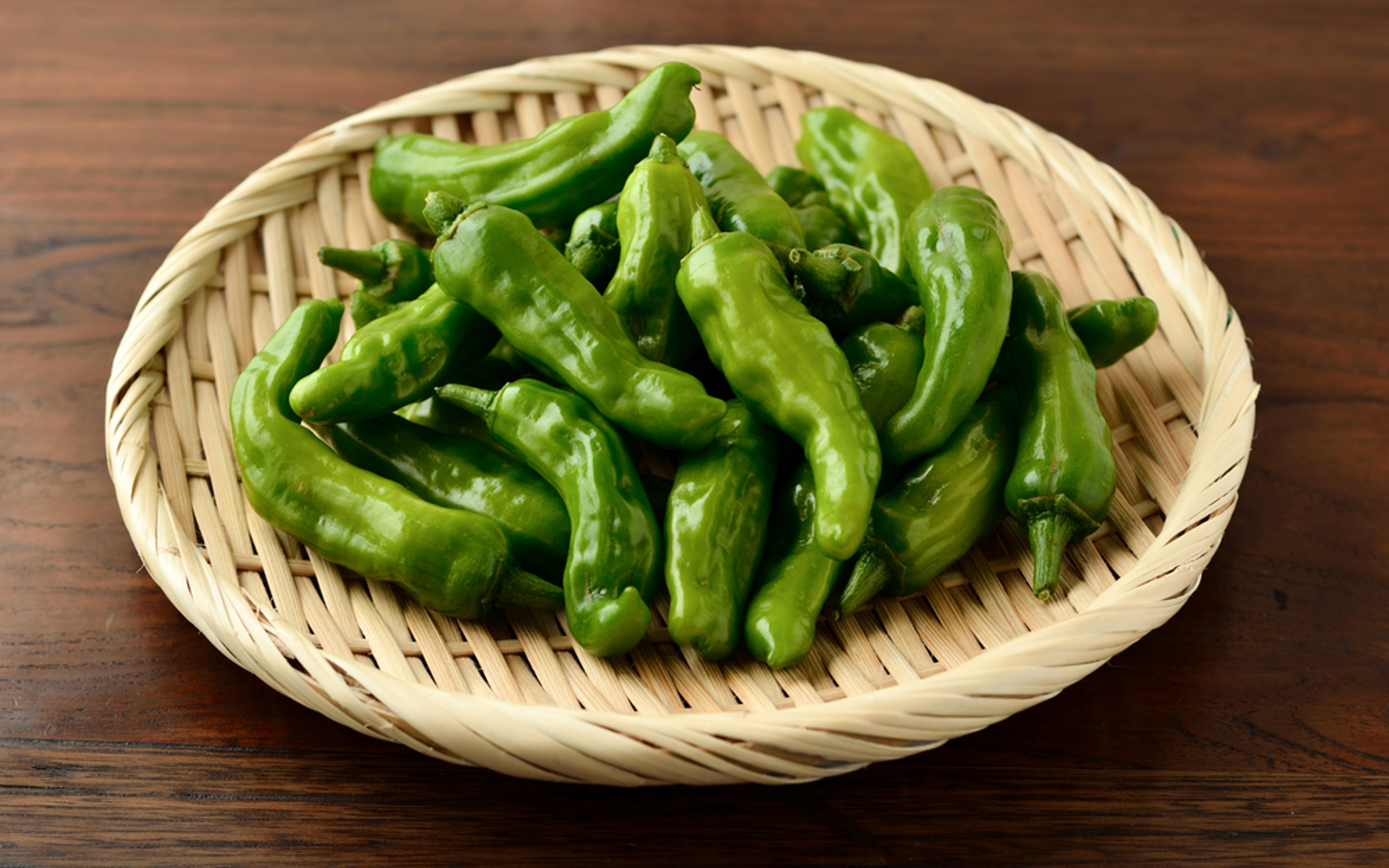 Love peppers, but hate the heat? Maybe it’s time you gave shishito peppers a try. Although these little green peppers look like they would pack heat that would rival jalapeños, they are actually quite mild … except when they’re not. Even though shishito peppers rank low in terms of spiciness, every now and then, you might bite into a hot pepper. Intrigued? Then, let’s learn more about this unique Japanese pepper.

What is a Shishito Pepper?

Shishito peppers are small, green, finger-length chili peppers with thin, slightly wrinkly skin that are native to Japan. Their name comes from a mashup of two Japanese words: shishi, for “lion,” because the tip of the pepper resembles a Japanese lion’s head and togarashi, for “chili pepper.” They are part of the family Capsicum annuum, which includes bell peppers and all chili peppers and are close relatives of padrón chilis. Although shishito peppers look like they’re spicy, they are actually quite mild.

On the Scoville scale, which is used to measure the spiciness of peppers from a range of 50 to 200, shishito peppers consistently rank just slightly above bell peppers, meaning that they are not spicy at all. Rather, their heat has been described as slightly warm and very under the radar … most of the time. A typical shishito pepper has a sweet, grassy, citrusy, and slightly sweet flavor, but one out of every 10 to 20 shishito peppers might be spicy. However, they never reach the levels of heat that you would find in a mild jalapeño, so those who are heat-adverse may still want to take their chances with trying shishito peppers.

As far as nutrition goes, shishito peppers are high in vitamin K, vitamin B6, and vitamin C.

How to Cook With Shishito Peppers 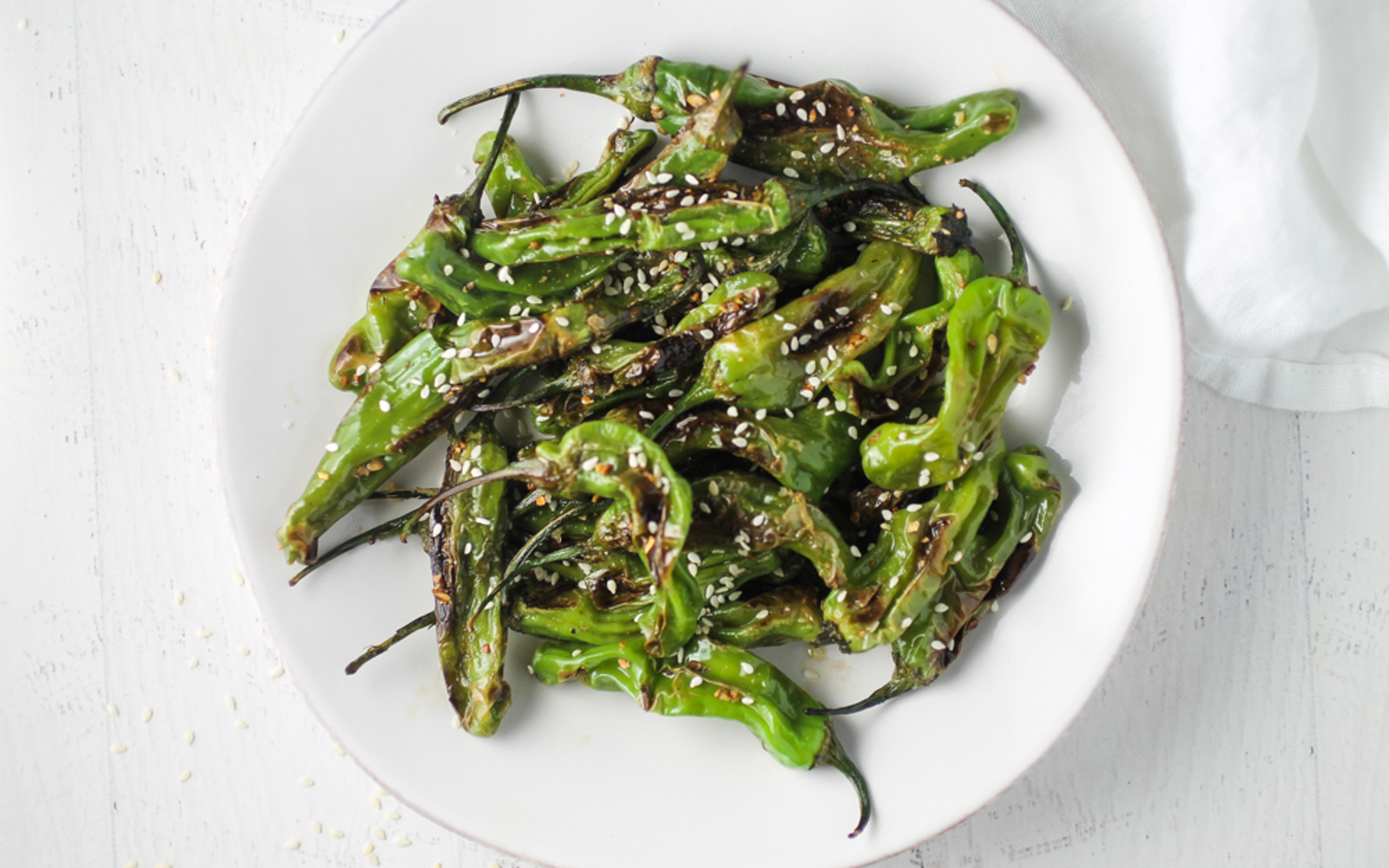 Unlike bell peppers and chili peppers such as habaneros and jalapeños, the thin walls of shishito peppers are not ideal for stuffing. They are, however, great for grilling, adding to stir-frys, or making tempura.

Try these Blistered Sesame Garlic Shishito Peppers, where the peppers are sautéed with fresh garlic in sesame oil until they are blistered.

Because shishitos are so mild, try substituting them for other mild chili peppers in your favorite recipes. Or, try something like these Breakfast Enchiladas With Poblano Cream, where sautéed poblanos are puréed into a creamy sauce. Or, make this Poblano and Veggie Bacon Green Bean Skillet Casserole with shishito peppers instead of poblanos. You can even replace the sweet chilis in this Puerto Rican Cooking Stock with shishitos and then use it to add flavor to rice-based dishes.

Try shishito peppers instead of bell peppers in this Char Siu Pizza or these Bell Pepper and Lentil Sloppy Joes or incorporate them into this Japanese Curry. For more ideas on what you can try with shishito peppers, see our vegan bell pepper recipes page — just remember, they have thin walls, so they most likely won’t make good stuffed peppers.

To grill shishito peppers, simply rub them with a little bit of olive oil and salt, then grill them until they are slightly charred. This makes a great appetizer or side. You can also replace the bell peppers in this Grilled Vegetable, Olive Flatbread, and Hummus Plate with shishitos.

For tempura, try using shishito as one of the veggies to make this Indian Tempura, which is naturally gluten-free because it uses a blend of chickpea flour and rice flour.

Last, but not least, have fun adding shishito to your favorite stir-fry recipe! If you’re not sure what kind of stir-fry you want to make, read How to Master the Art of Making Amazing Stir-Fries or simply replace the peppers in this Chinese Long Bean Stir-Fry, this Szechuan Eggplant in Garlic Sauce, these Japanese Pan Noodles, or this Sweet Chili Peanut Tofu, Vegetable, and Grilled Pineapple Stir-Fry with shishitos. Check out our vegan stir-fry recipes page for even more ideas! 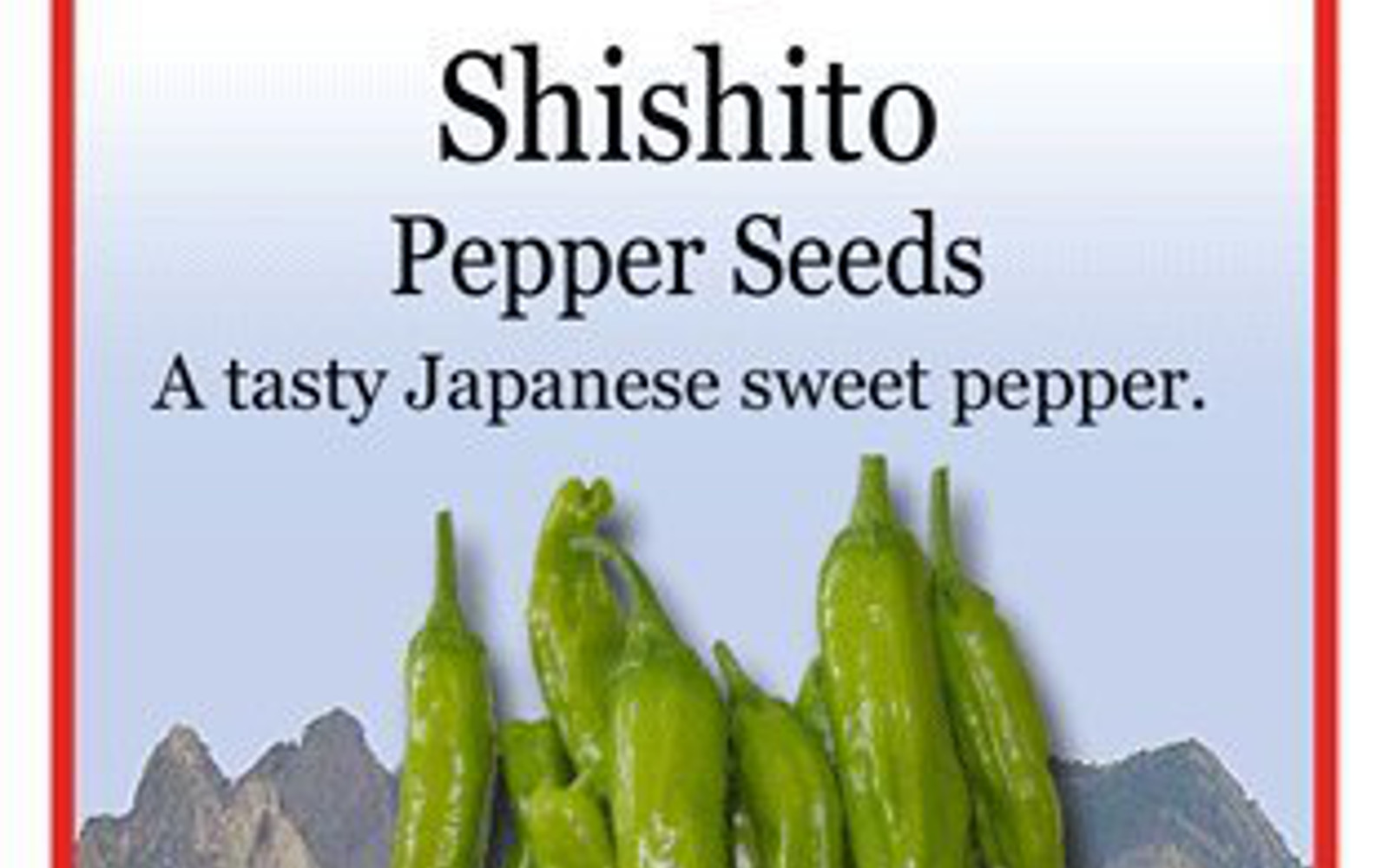 Luckily, shishito peppers have become very popular in recent years, so it’s very likely that you might find them in your local grocery store or stores like Trader Joe’s and Whole Foods. If you live near an Asian supermarket, try there as well. You might even find them at the farmer’s market. Otherwise, you can grow your own because shishito peppers can be grown all year long. These Organic Shishito Seeds by Sandia Seed Co. come from heirloom, non-GMO peppers. One packet of 10 seeds costs $2.49. 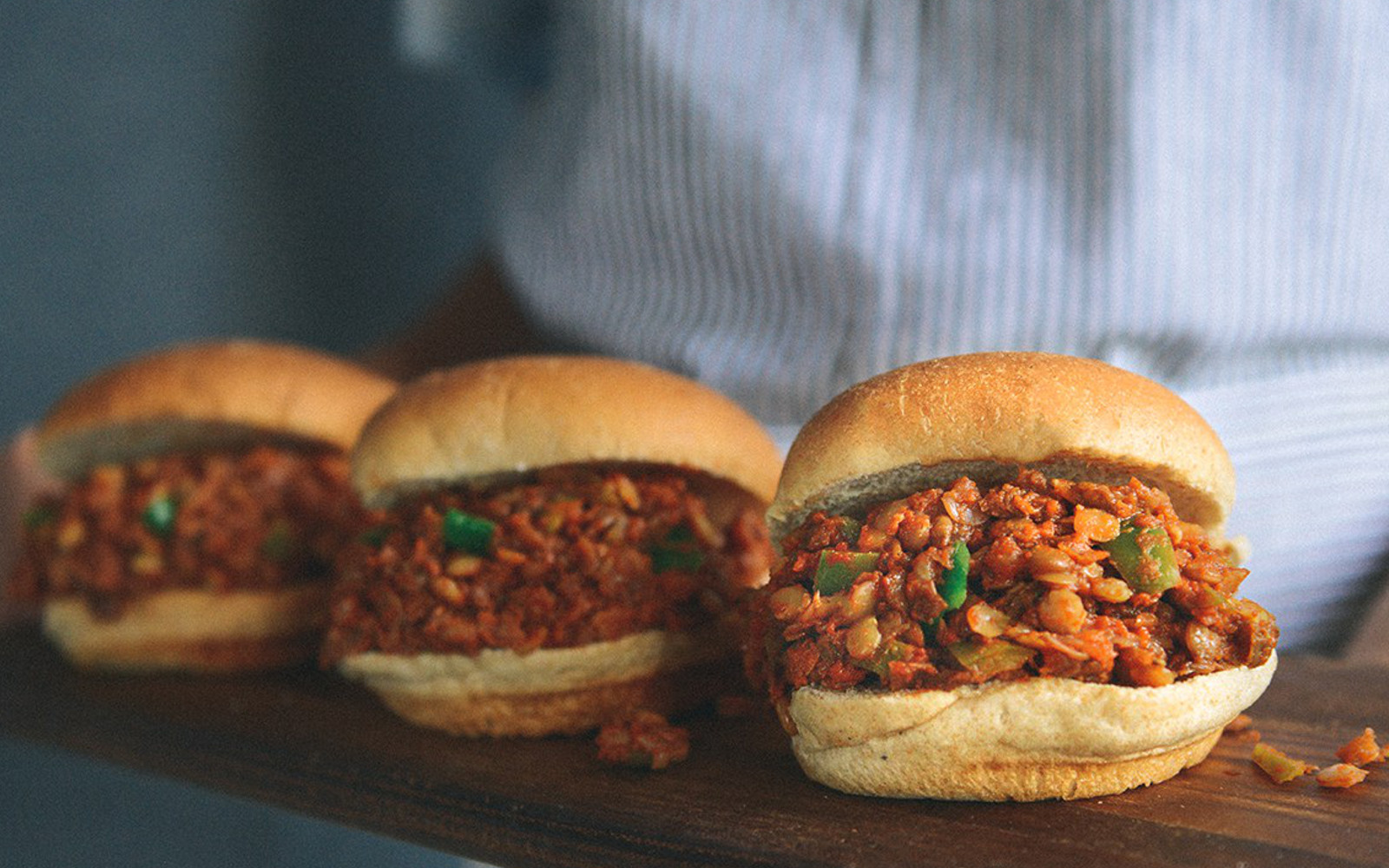