Ingredient Spotlight: Kombu, the Sea Veggie That Adds Umami Flavor to All Your Dishes 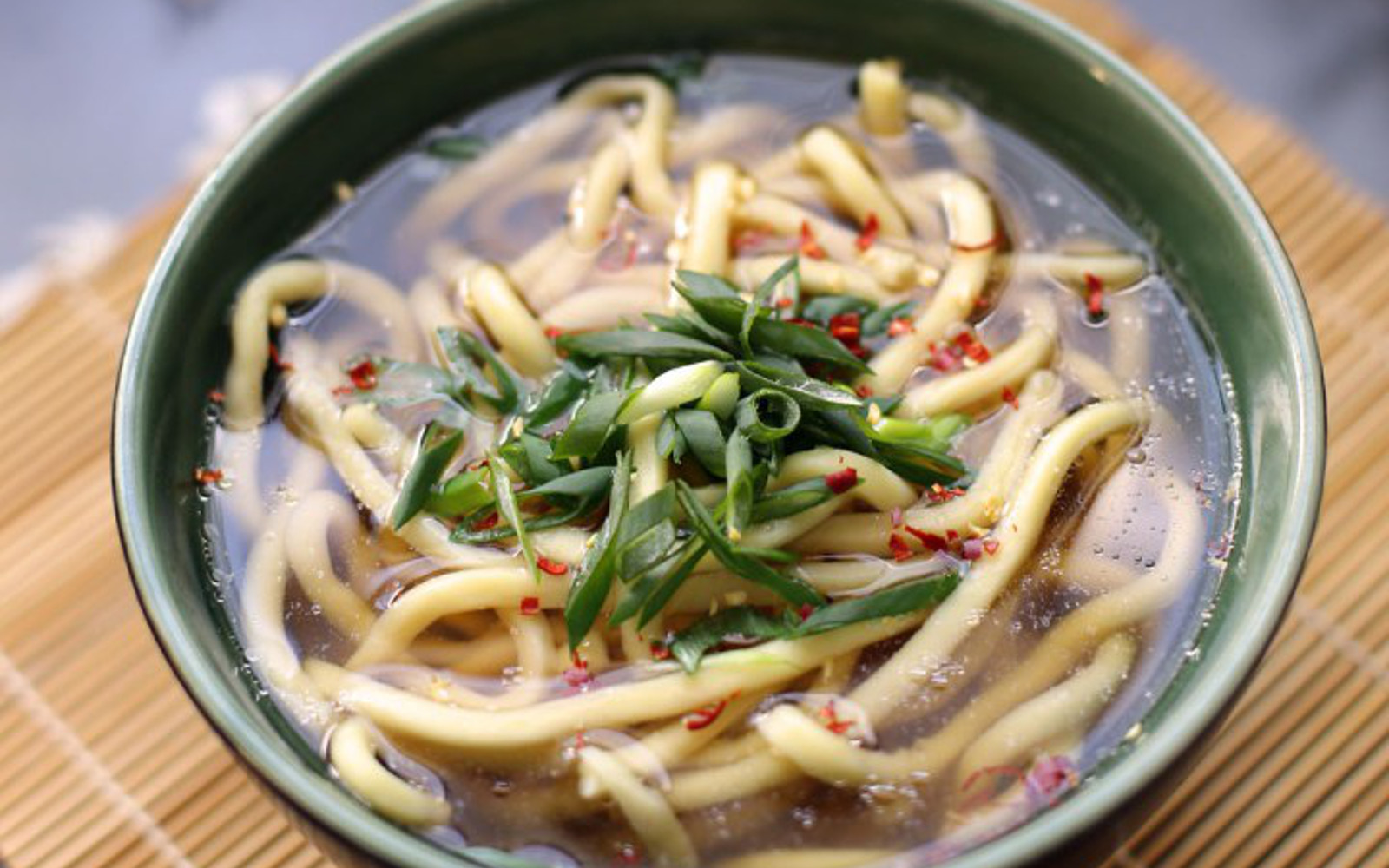 You may never have heard of kombu, but you’ve most likely tasted kombu. If you’ve ever had miso soup? Kombu is one of the special ingredients that makes the broth taste so good. Out of all the varieties of edible sea veggies that are used in East Asian cooking, kombu is one of the most popular. Not only does it taste good, there are also many health benefits to using kombu in your cooking. 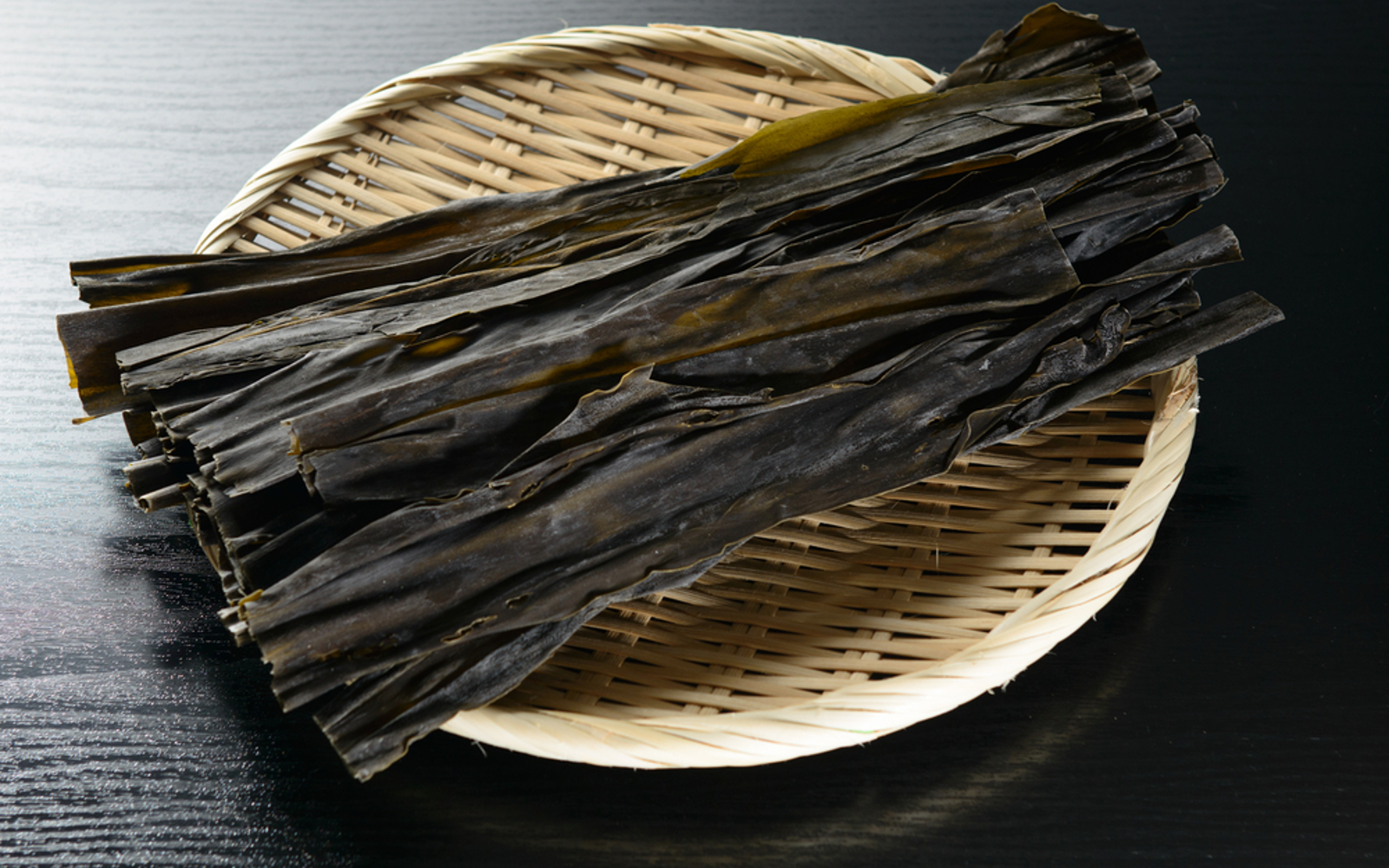 There are thousands of types of sea vegetables, but the most commonly eaten variety is brown algae, which includes nori, wakame, arame, and others in addition to kombu. They are also rich in vitamins and minerals. According to World’s Healthiest Foods, sea vegetables like kombu are a good source of calcium, copper, iodine, iron, magnesium, manganese, molybdenum, phosphorus, potassium, selenium, vanadium, and zinc. You’ll find no better source of iodine than in kombu and just one tablespoon of dried sea vegetables can contain up to 35 milligrams of iron. Now that we know that kombu is good for us, let’s learn how we can incorporate it in cooking.

How to Cook With Kombu

One of the most popular ways to use kombu is to make dashi, a type of Japanese broth that is made by simmering kombu pieces, bonito fish flakes, mirin, sake, and salt together. The resulting broth has a rich, umami flavor punctuated by notes of sweetness. Traditional dashi calls for bonito, but you can easily make a variety called kombu dashi, which leaves out the fish flakes. Learn how to make kombu dashi by following this simple recipe for Kake Udon. You can also make this Kitsune Udon, which features udon noodles in kombu dashi with fried tofu pouches that have been seasoned with kombu, sugar, and soy sauce. You can also use kombu instead of wakame or nori to make this Vegan ‘Fish’ Sauce, which is a cooking staple in many East Asian cuisines.

Kombu is the only type of sea vegetable that is traditionally used to make that broth for miso soup, too. This Miso Soba Soup With Mushrooms has a garlicky, gingery broth infused with kombu, but try tearing up a leaf or two and adding it right at the end.

Although wakame is the most popular choice for seaweed salad, you can substitute it for any edible sea vegetable. This Chinese Seaweed Salad, for example, is made by simmering shredded carrots and kombu in a spiced broth. You can also use kombu to make kimchi. This recipe for basic cabbage Kimchi infuses the vegetables with umami flavor by first simmering it in a mushroom and kombu-based broth. It is also commonly used as a garnish for dishes, as in this Agedashi Tofu or as a filling. Try replacing the Indian-inspired filling in these Rainbow Onigiri With Coconut and Pea Filling with kombu.

Kombu can also be used to make beans more digestible and to add flavor. To learn more, read How to Cook Dried Chickpeas on The Stove or in a Pressure Cooker. Following this method, try using a piece of kombu to add umami flavor to your favorite soups, stews, and other dishes. 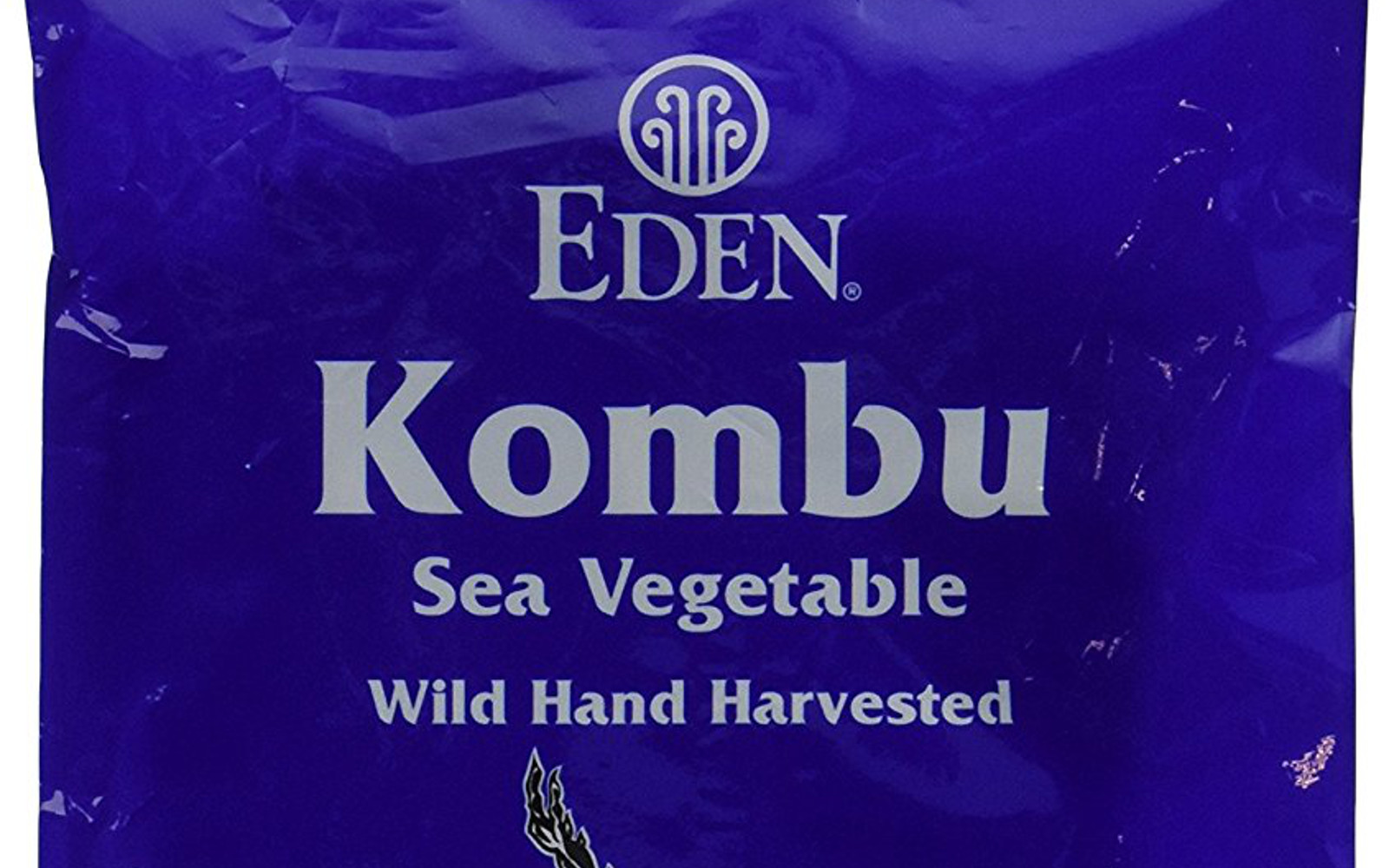 Thanks to the popularity of Japanese cuisine, you should be able to find kombu in the international aisle of your local grocery store. If that is not the case, try the nearest Asian supermarket or order online. This Eden Kombu Strips uses “only the tender central part of the plant that has the best flavor and texture.” It is harvested fresh from the ocean and sun-dried on the beach and costs $10.69 for a 2.1-ounce bag. Or, try this Rahimaliorganic® Organic Raw Wild Atlantic Kombu Kelp, which is $11.99 for a 2.-ounce bag, which is harvest off the coast of Maine. It uses the full kelp leaves, making it perfect for wraps and hand rolls in addition to traditional recipes like kombu dashi. If you just want to use kombu to make kombu dashi, try this Kombu Dashi Powder, which is a convenient way to make broth. It costs $4.80 for a 1.41-ounce box.

Finally, for seasoning rice and classic Japanese dishes, like onigiri and tsukemono (Japanese seasoned vegetables), try this Japanese Shio Kombu, also known as salted kelp. It costs $11.99 for a 33-gram bag that’s perfect for adding a touch of umami flavor to your dishes. 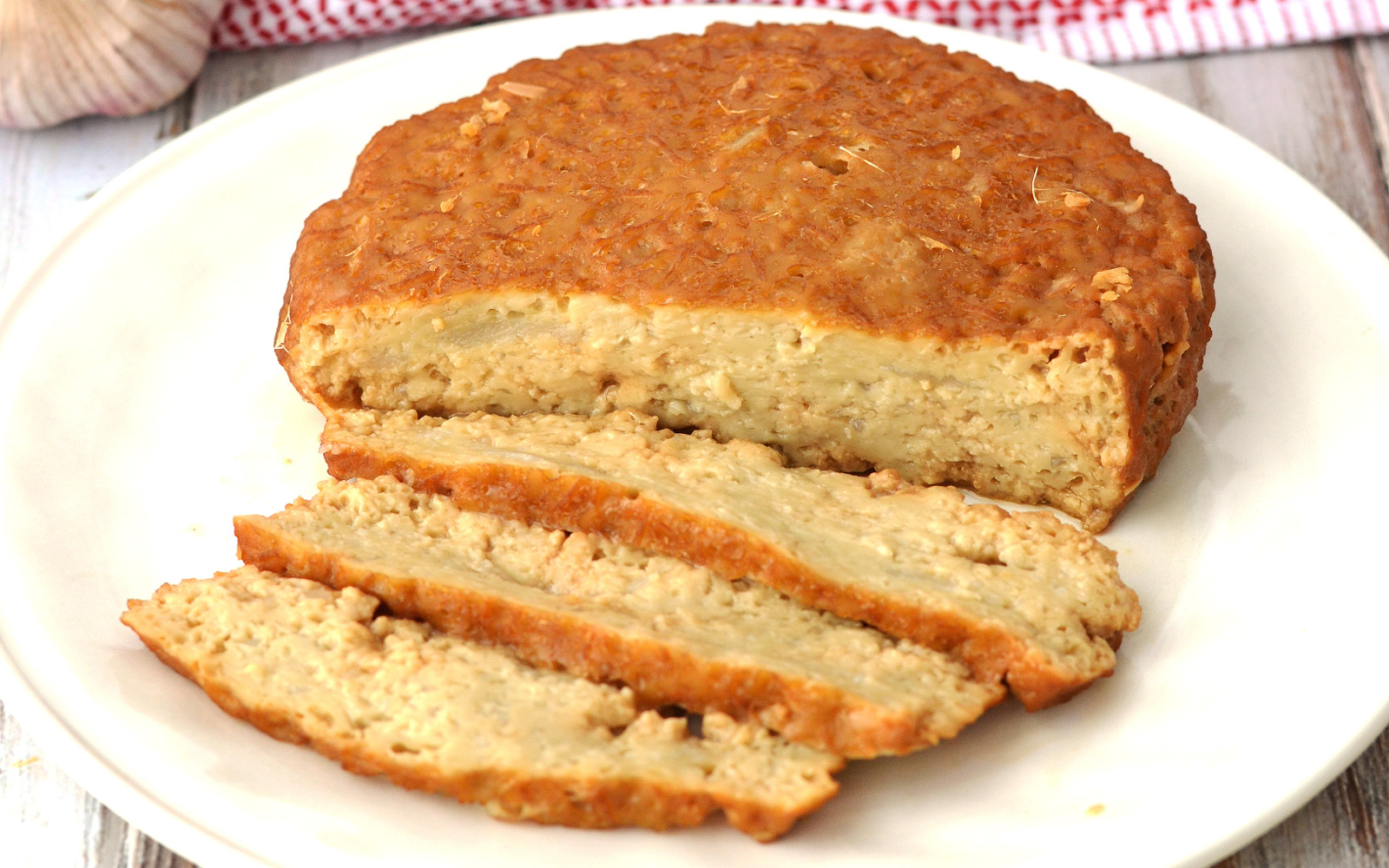 Now that you know how to use kombu the traditional way and where to get it, it’s time to try it out in some not-so-traditional ways, especially if you are looking to add that umami factor to your dishes. According to Rhea Parsons in The Missing Link: How to Add Umami Flavor to Your Vegan Meals, “you can find umami in sea vegetables and seaweed such as kombu, kelp, and nori.” This Basic Seitan, for example, calls for the seitan dough to be simmered in a broth of soy sauce, kombu, and aromatics to give it a deep, savory, meaty flavor. It also adds meaty flavor to these Adzuki Bean and Walnut Mini Burgers. A small, 2-inch piece of kombu is the key to making this Risotto With Crispy Brussels Sprouts so savory and delicious.

In How to Make Vegan Seafood Dishes Without the Fish, Rhea recommends using what she calls the “‘Sea Trinity’ – Old Bay Seasoning, seaweed, and lemon,” to add fishy flavor to vegan seafood dishes like this “Crab” Cake Sandwich. Thanks to seasoning, you would never guess that it’s actually made from chickpeas. It can be used in these Artichoke “Lobster” Rolls, too — just swap the dulse for kombu!

Mushrooms, which have a natural umami flavor that makes them popular in vegan seafood dishes, can also have their flavor enhanced by kombu. Try incorporating kombu in the recipes from Using Mushrooms to Recreate 15 Delicious Seafood Recipes to give them that extra boost of savory, fishy flavor. 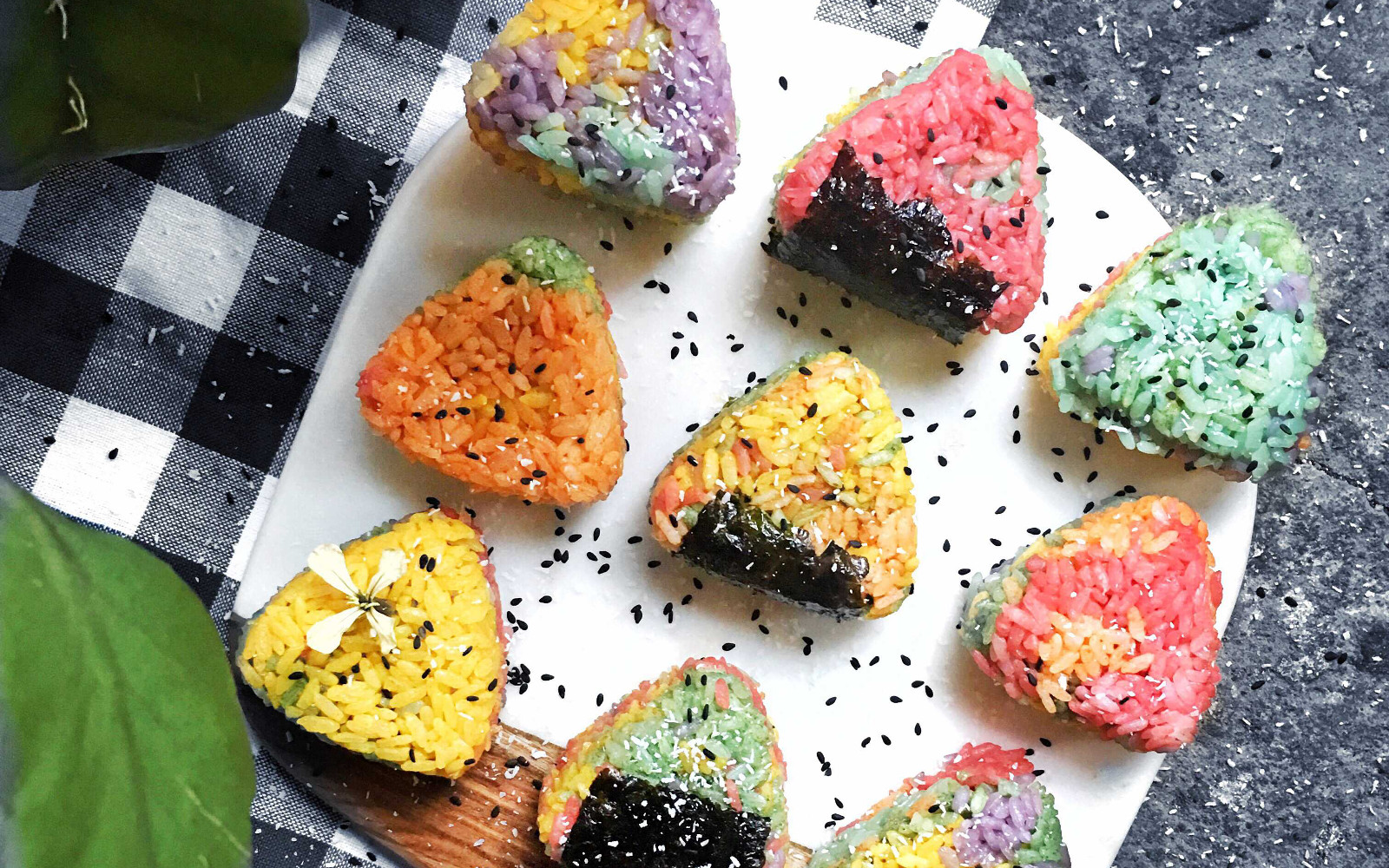