How to Sprout and Eat Raw Grains 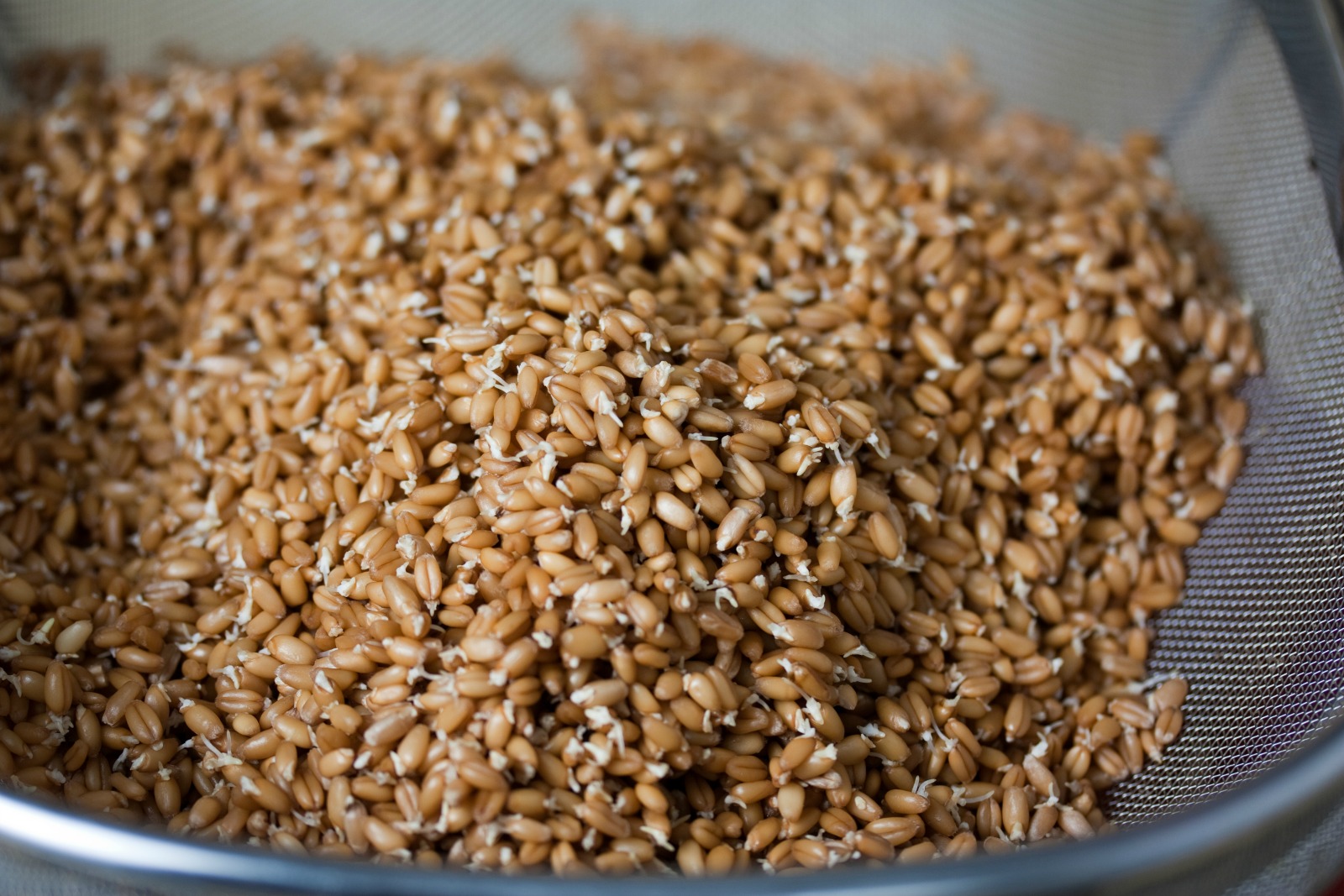 Sprouting your grains activates their live enzymes which makes them easier to digest and helps to ensure that your body absorbs the majority of nutrients such as protein, zinc, and vitamin C that grains have to offer. Virtually all grains can be sprouted and enjoyed, so there is no need to sprout anything your taste buds don’t enjoy just for the sake of nutrition.

The 101 On How to Sprout Your Grains

Here are a few types of grains to consider sprouting using the method laid out here, and how you can use them in your meals:

Barley has a delightfully chewy consistency when it is sprouted which makes it perfect for bulking up soups, chili, and salads. Your barley can be ground to create flour for your pizza crusts and bread recipes too.

Not only is wild black rice beautiful, but it provides a hardy mouth feel that can be used where traditional white or brown rice would be used. Toss it with other grains for a pop of color, or blend the rice with cumin and lemon juice to create “refried” beans for raw food burritos, wraps, and salads.

Also known as hulled wheat, spelt is an ancient grain that features a nutty flavor and rice-like texture when eaten whole. It’s a popular grain to grind for bread, and it tastes great toasted and added to salads in place of (or in addition to!) croutons.

Buckwheat is a common grain in the raw food diet because it gets crunchy after it has been sprouted and dehydrated, making is useful for cereal and pie crust recipes. Buckwheat tends to get slimy while being sprouted, so make sure that you thoroughly rinse them until the water runs clears each day you are waiting for them to sprout. You can dehydrate or bake them until crispy and then keep them in a sealable container on your shelf for about three months.

Sprouted oats can be used for oatmeal and other recipes where regular oats are called for. You’ll find that your recipes made with sprouted oats are easier to digest, and have a hardier texture. Full of fiber and easy on digestion, sprouted oats make for a great replacement to cow’s milk. It takes on the flavor of anything you mix with it so it’s easy to make specialty cinnamon, maple, and even chocolate milk! Just blend a cup of oats with two or three cups of water and a little sweetener of your choice.

White, brown, and wild rice can all be sprouted and then cooked as normal for optimal nutrient absorption. It can also be used as a protein supplement for milkshakes, smoothies, and in cereal. Just dehydrate your sprouted rice and then blend it to a fine powder. Use a scoop or two at breakfast or in a sports drink before a workout for extra energy, and store the leftovers in a sealable container.

Keep a variety of sprouted grains on hand to turn any simple meal into a hardy and filling feast that will keep you satisfied for hours!