Fudgy Versus Cakey Brownies: How to Achieve Them Both Without Milk or Eggs! 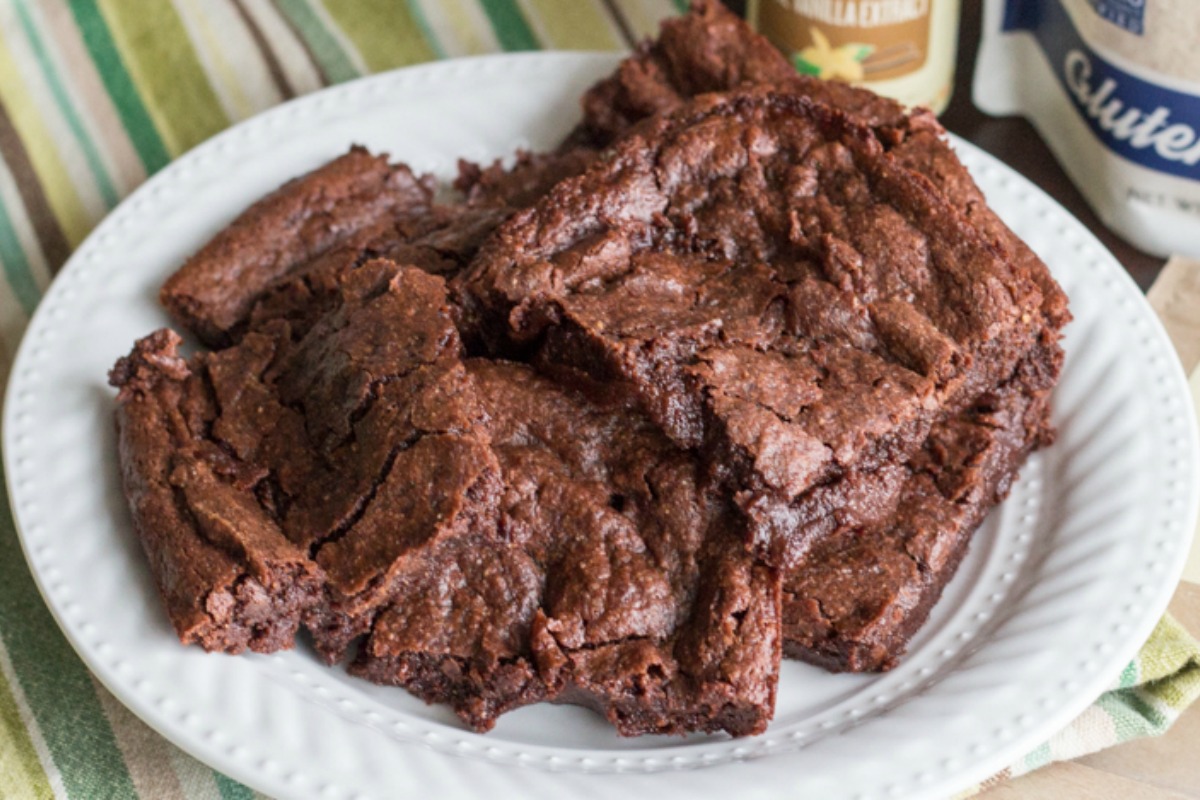 December 8th marked National Brownie Day. If you missed this perfectly reasonable excuse to bake your heart out and then consume your success, not to worry. Luckily, brownies are a traditional find at bake sales, birthday parties, and potlucks and can be eaten any day of the year! Even better, they require virtually no baking skills and any child who can grasp a mixing spoon can also participate.

Brownies are mythic (like unicorns!) in that their true history is relatively unknown. What is known, however, is that they are a magical creation, bordering the fine line between cake and a cookie, with enough chocolate to satisfy even Willy Wonka. They can be dainty or hefty, and often bring smiles to the faces of folks that are offered one.

But like most things in this world, brownies are not one-type-fits-all. Many people are torn over their most delicious form, some enjoying their brownies cakey while the fudgy lovers have another opinion. Thankfully, vegan brownies can be created in both forms, giving us yet another plant-based dessert to satisfy our sweet tooth. As your eighth-grade algebra teacher might have told you, it’s all about math, ratios specifically. Here’s a quick guide on how to achieve both brownie textures, the vegan way! 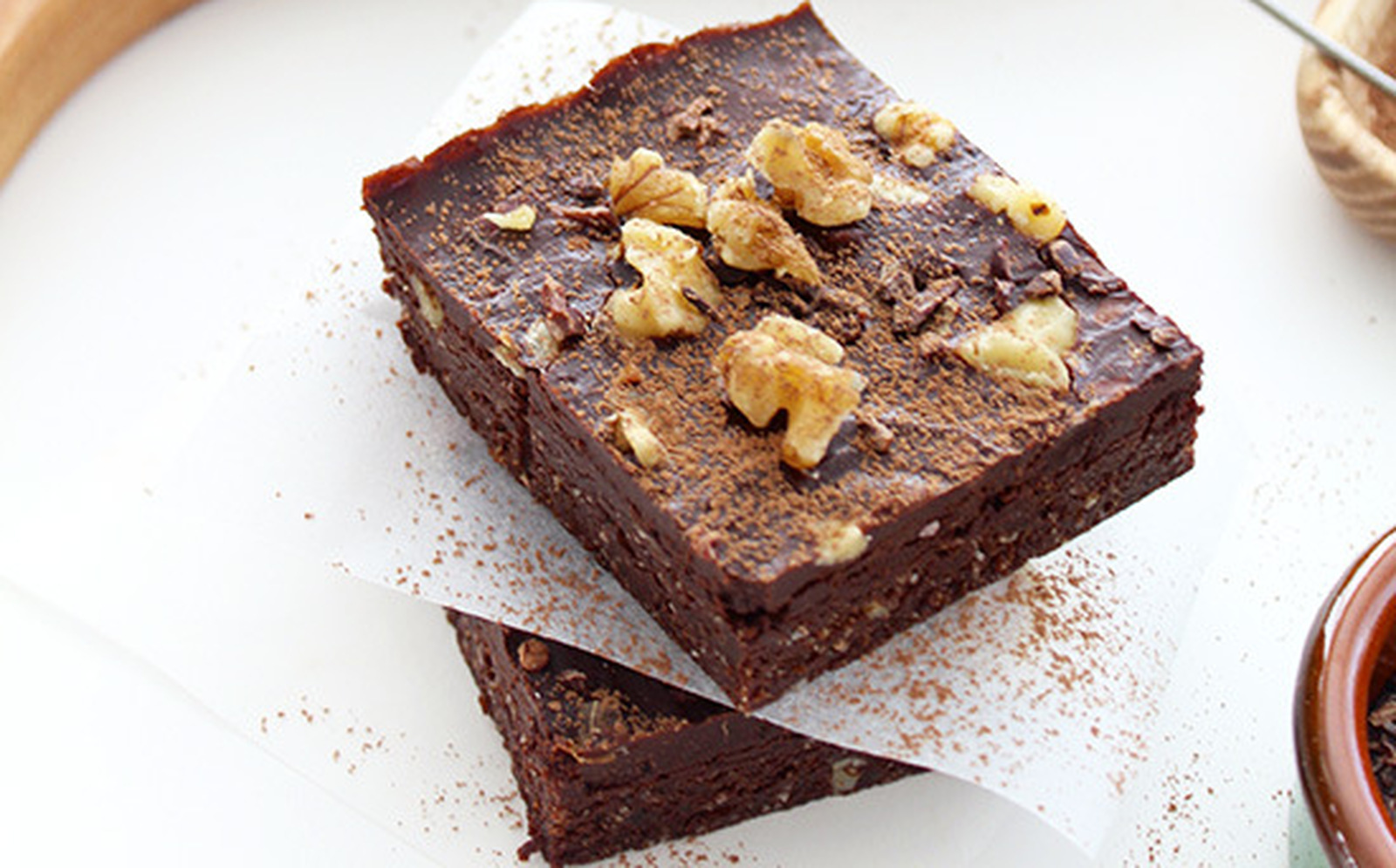 Traditionally, brownies are made with a mix of butter, sugar, chocolate, eggs, and flour. Fudgy brownies are usually more chewy and dense with a moist interior and are made so by adding less flour, more eggs, and sometimes more chocolate. Their texture is created by incorporating more fat (the eggs, but also the chocolate). Baking powder is often omitted as well, so the brownies don’t rise like a cake. And less flour means the baked good is more dense and less cake-like since gluten is one reason baked treats fluff up.

It’s even possible to create fudgy vegan brownies without egg substitutes or flour at all. Raw brownies often use ground nuts, nut butters, and dates that are processed into a creamy batter that provides both moisture and substance, such as Pecan Coconut Brownies or Raw Chocolate Walnut Brownies. 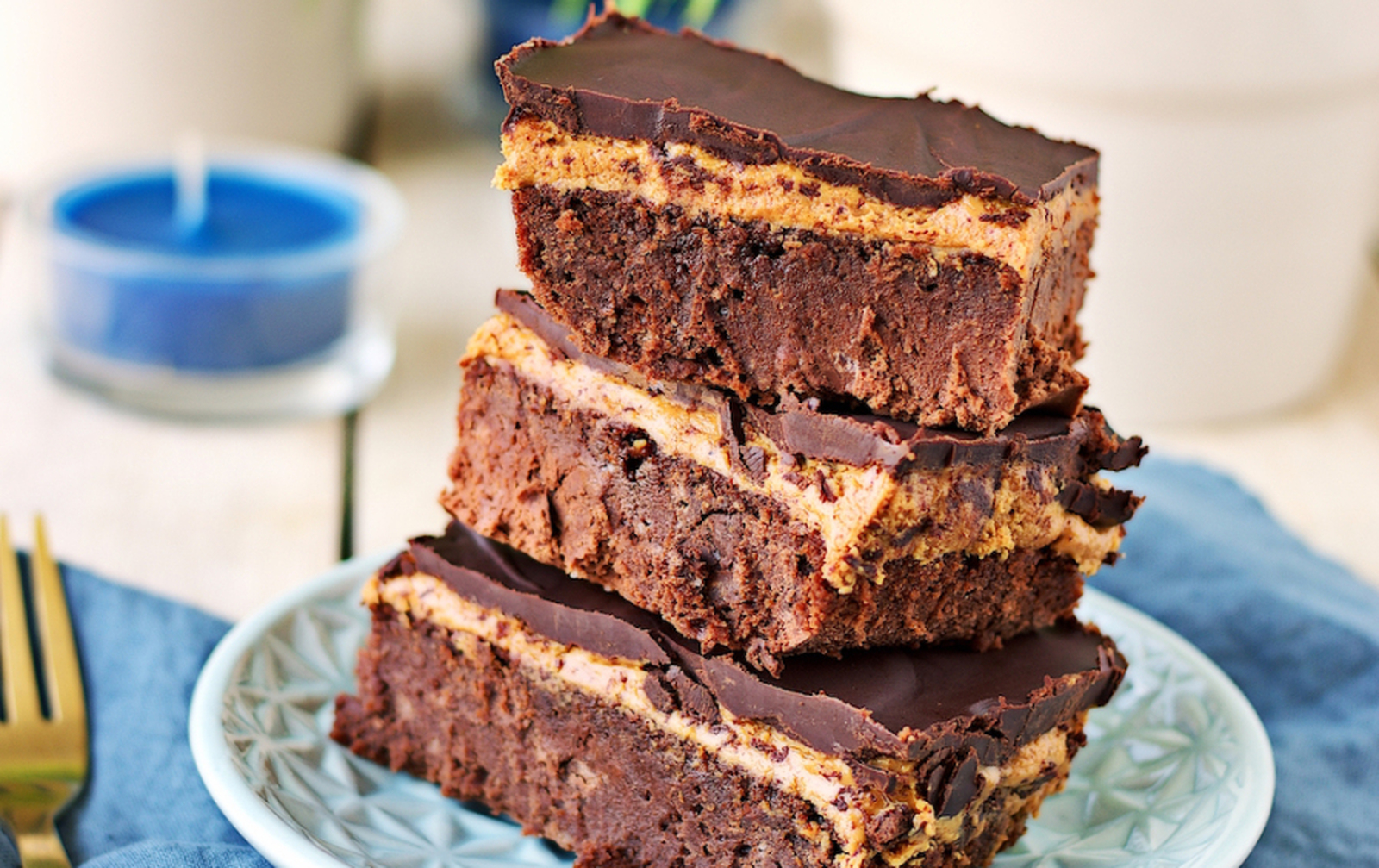 Cakey brownies differ from fudgy treats, as they have a moist crumb and more fluffy interior. They use less butter and include baking powder to keep them light. You can even use the cake baking technique of creaming the butter substitute with sugar, then whisking to aerate (introduce air bubbles) and lighten the batter.

Of course, there are also people who’d rather indulge in a chewy brownie, which simply uses more flour in the recipe. If you can’t decide which brownie you prefer, check out 15 Decadent Vegan Brownie Recipes to get inspired (or just drool on your keyboard). And while it’s insanely tempting to dig into the brownie pan the moment they emerge from the oven, the flavor is actually at its best once they’re cool.

Baking time is also crucial when mastering both fudgy and cakey brownies as too short of a cooking time may leave you a gooey mess while baking too long will produce chocolate cardboard. Be sure you check on your brownies as they bake and consult your recipe.

We may not know exactly who to congratulate for creating such a well-loved and flexible treat, but we can bake our own versions of cakey or fudgy brownies in their honor.