One Company’s Epic Plan to Crush the Mighty Egg Industry 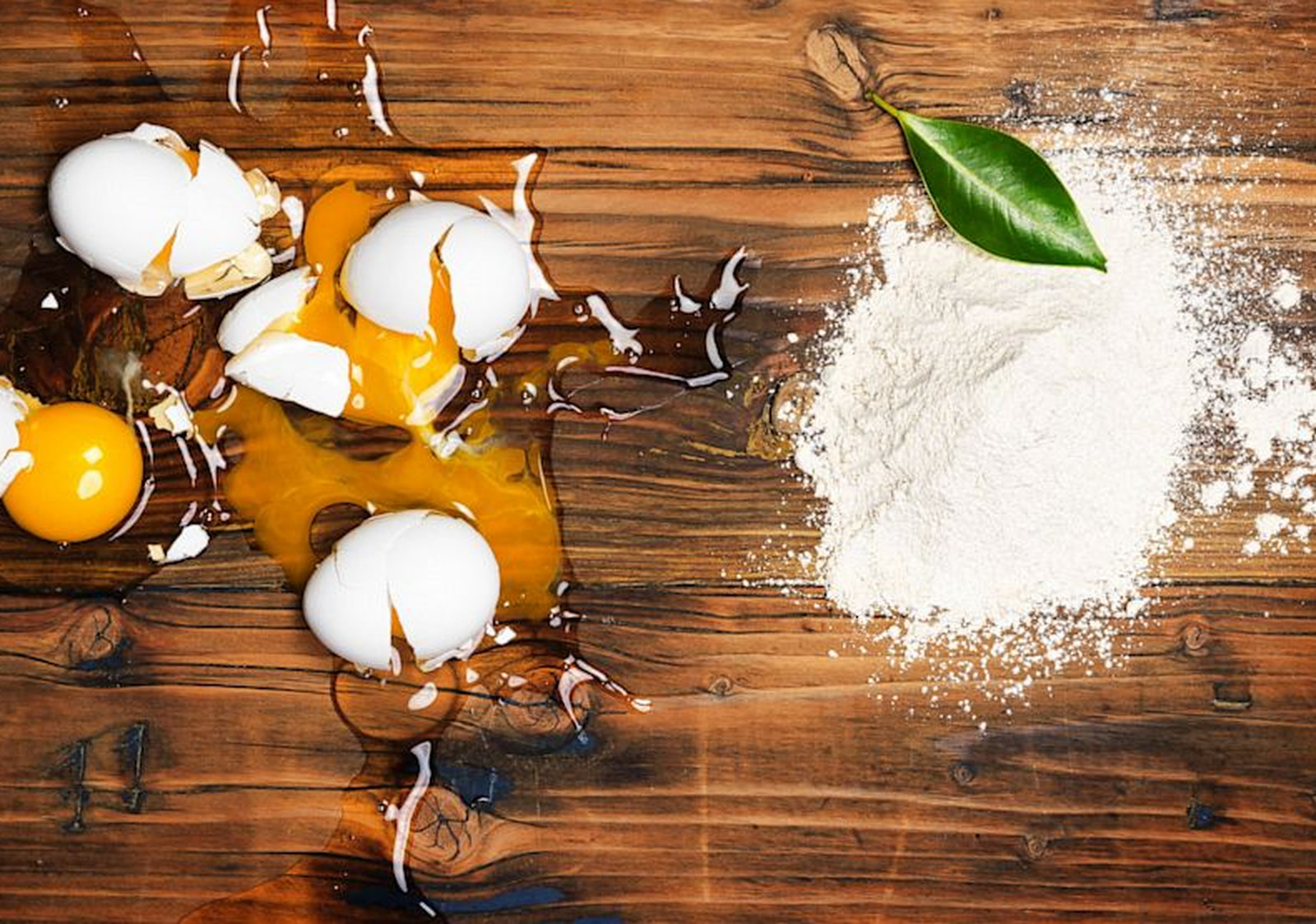 We finally live in an age where magic literally surrounds us, in the form of advancements in communications technology and computing power. But, where’s the big innovation when it comes to the global food system? Unfortunately, over the last 30 years,  a lot of scientific brain power has been wasted on processing, manipulating, and engineering foods to taste better, or increase output, while the foundations of the food system continue to depend on technology that is frankly, ancient.

For instance, just look at the egg industry.

People love eggs.  Truth be told, the egg is actually a pretty amazing product that possesses several unique properties, including the ability to gel, bind, emulsify, chill, and crystallize various foods unlike anything else. While it humbly performs numerous culinary functions, the egg is most famously known for its high protein content and low-price. Unfortunately, this versatile food superstar has a dirty secret.

Today, the cheapest and most convenient way to produce eggs is to rely on a system that is ridiculously inefficient — cramming chickens into tiny, filthy, barbaric cages for 2 years, so they can produce enough eggs to meet the global demand. It is cruel, unsafe, unsustainable, archaic, and frankly, unnecessary. Most of us may not care or have the time to think about this, but unfortunately, this is how 99 percent of the 1.8 trillion eggs are laid every year.

If this system is so terrible, why hasn’t anyone tried to change it?

Well, that’s about to finally happen, thanks to an ingenious new plot being devised by Hampton Creek Foods, a hot new food tech startup based in San Francisco. Hampton Creek is on a mission to use plant-based sources to find cheaper and more sensible ways to give people the egg-based foods they already love. They want us to imagine what the world would look like if a healthy and sustainable egg was also the most affordable, convenient, and accessible.

Curious and excited about their vision, I caught up with 34-year-old Josh Tetrick, founder and CEO of Hampton Creek, to better understand their bold plan to take chickens out of the egg production equation.

Here’s why I’ve come away convinced that Josh and his team are going to crush it!

One chicken egg contains more than your daily recommend amount of cholesterol, which has been shown to cause inflammation and heart problems. Hampton Creek’s plant-based egg contains zero cholesterol. Yes, ZERO. But that’s not it. Their products are non-GMO, vegan, dairy-free, gluten-free, soy-free, and have no artificial colors. Oh, yeah, and you can eat cake batter and cookie dough without worrying about dying of salmonella poisoning.

But what about taste? Hampton Creek scientists may not yet boast a tastier replacement to scrambled eggs or omelets (not one that’s available to the public, at least), but they are definitely on their way. You just have to try some of their current products like Just Mayo, and Eat the Dough, and you’ll know that Hampton Creek is on the right path.

“The food-to-energy output of a chicken egg is 39-1, behind only beef and lamb farming,” explains Josh. This means that it takes a tremendous amount of grain to yield one chicken egg, and that grain in turn requires the use of nitrogen-containing fertilizer. Nitrous oxide is a major contributor to ozone destruction and high concentrations of animals leads to waste that gets washed into waterways and causes dead zones. What’s Hampton Creek’s food-to-energy output? Just 2-to-1! When you consider that the United Nations Food and Agriculture Organization (FAO) estimates that livestock production is responsible for 14.5 percent of global greenhouse gas emissions, while other organizations like the Worldwatch Institute have estimated it could be as much as 51 percent, it becomes pretty clear that plants pack a significant sustainability punch.

The Plant-based Egg is Cheaper.

You may create a healthier, tastier, and more sustainable alternative to the egg or egg-based products, but they are still never going to be anything more than a novelty product, unless they are priced cheaper than conventional options. Hampton Creek’s egg substitute is currently up to 48 percent more cost effective than conventional chicken eggs. Josh explains, “It’s bizarre that the unhealthy choice is dirt cheap and convenient, while the healthy choice is pricey and inconvenient. We want to create a a product that a regular person, like my dad, may want to add to his grocery cart, because it’s products that are cheap and convenient (and also taste good) that will always fill his cart.” Hear, Hear!

But How Can One Company Transform a Gigantic Industrial System Worth Billions of Dollars?

Neither of these goals are quite as simple as they sound, but Hampton Creek is making it all seem too easy. They have already managed to sign deals with a number of Fortune 500 companies, including some of the largest food manufacturers and retailers in the world. In addition, they’re attracting millions of dollars in investment and winning big fans like Andrew Zimmerman.

But the real question is, can they replace chicken eggs in everyone’s breakfast or brunch plate? After all, only about a third of eggs end up in food products like muffins, cookies, and mayonnaise. The rest directly ends up on our plates, either scrambled, fried, or boiled, and convincing consumers to scramble a plant-based egg may require a cultural shift in food consumption habits.

The way Josh and his team at Hampton Creek sees it, when consumers are presented with a product that beats chicken eggs on factors ranging from food safety, nutritional value, sustainability, taste, and most importantly, price, they won’t be able to resist (or care about whether it comes from chickens or plants).

This is the future, and it’s only a matter of time. Just as we abandoned horse-drawn carriages for cars, we can abandon the chicken egg for a plant-based one. Need visual proof? Check out the video below.

Now, this is magic.