Why Grain-Free Flours Are the Next Hot Baking Trend 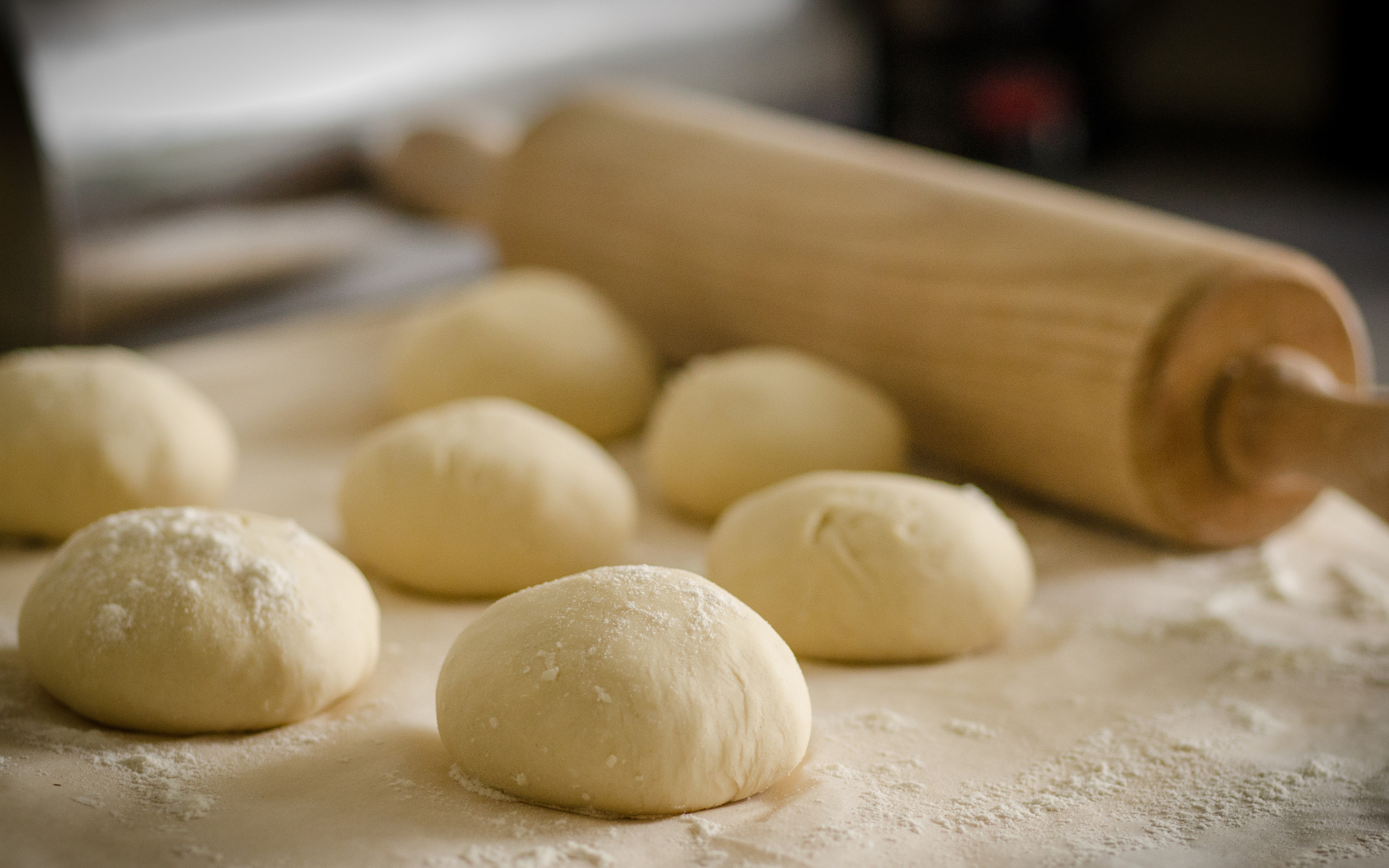 Just as we saw vegetables inch their way to the center of our plates last year, this year we’re seeing another change to dinner plates everywhere: less grains. While in the past many sat on the fence as to whether carbs were good or bad, recently a growing number of consumers have decided to take a somewhat easier route and eliminate grains from their diet altogether. Alternatively, some people are just skipping the grain portion on a few, but not all, of their meals. A grain-free diet excludes wheat, barley, rice, spelt, and corn as well as ancient grains like millet, quinoa, and more. Because of this, a grain-free diet excludes most commercial pastas, breads, and many desserts because they’re typically made from grain-based flours.

Carb concerns are hardly the only reason people are choosing to avoid grains, though. Intolerance and sensitivity to gluten, as well as overly-processed wheat in general, is driving people towards cleaner options. Just take a look at the paleo diet. Followers of the paleo movement aim to avoid all processed foods and instead consume only whole foods like fruits, vegetables, nuts, and seeds. While it still is unclear whether our ancestors ate grains or not, paleo followers feel that the process in which it is done in present-day is less than ideal, may cause allergen sensitivities to develop, and would prefer to consume products they can feel confident are clean.

In response, consumers are taking matters into their own hands by purchasing grain-free flours to make their own foods at home. Due to this new DIY attitude, the grain-free flour market has seen some major upswing while sales of packaged bread and baked goods through retail channels have fallen 18 percent since 2008.

So why are people choosing grain-free flour suddenly when in the past all-purpose flour seemed to be the most common variety? Well, when you look at the facts, it’s pretty clear. All-purpose white flour is stripped of its nutrients, has highly-refined carbohydrates, is filled with gluten, and has even been shown to influence addictive eating behavior. On the other hand, grain-free flours not only act like regular flour but most of them possess several nutritional benefits and all of them are naturally gluten-free! Here are three grain-free flours we think you’ll be seeing a lot more of: 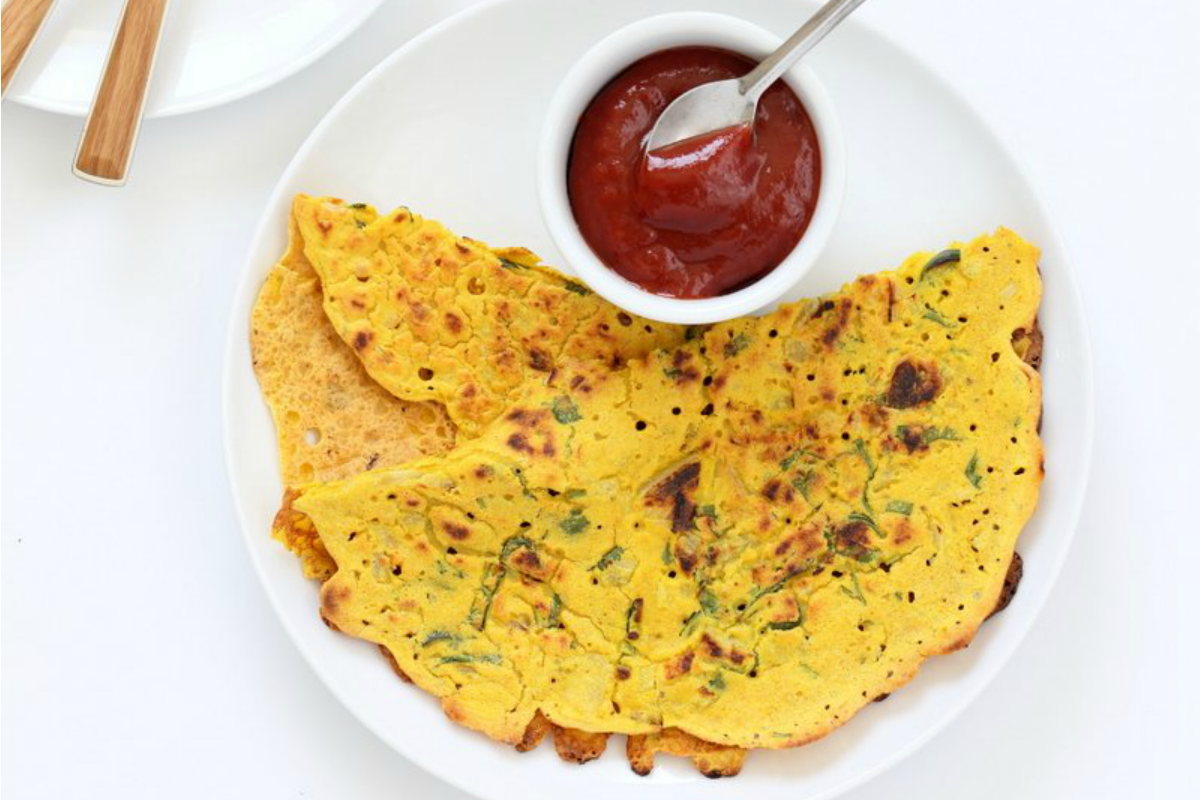 Chickpea flour, also called garbanzo bean flour, acts so much like all-purpose flour it’s pretty much magic. Made from ground chickpeas, the flour is high in protein, fiber, and iron. People are falling in love with this flour because of its amazing versatility. You can use the golden flour to make omelettes, pancakes, and crepes, turn it into a delicious savory batter for all of your breading needs, and even use it as a thickener for sauce.

And restaurants are taking notice! Where can you find some chickpea flour gems? Well, for a tasty chickpea crepe with all the fixings, try out Candle Cafe‘s Southwestern Chickpea Crepe. If you just want a snack, head over to Peacefood Cafe for some zesty, Indian-spiced Chickpea Fries. And if you’re looking for some vegan comfort food, check out V-Burger, where they fry all their soy chicken, onion rings, and zucchini chips in chickpea flour for a lighter touch. 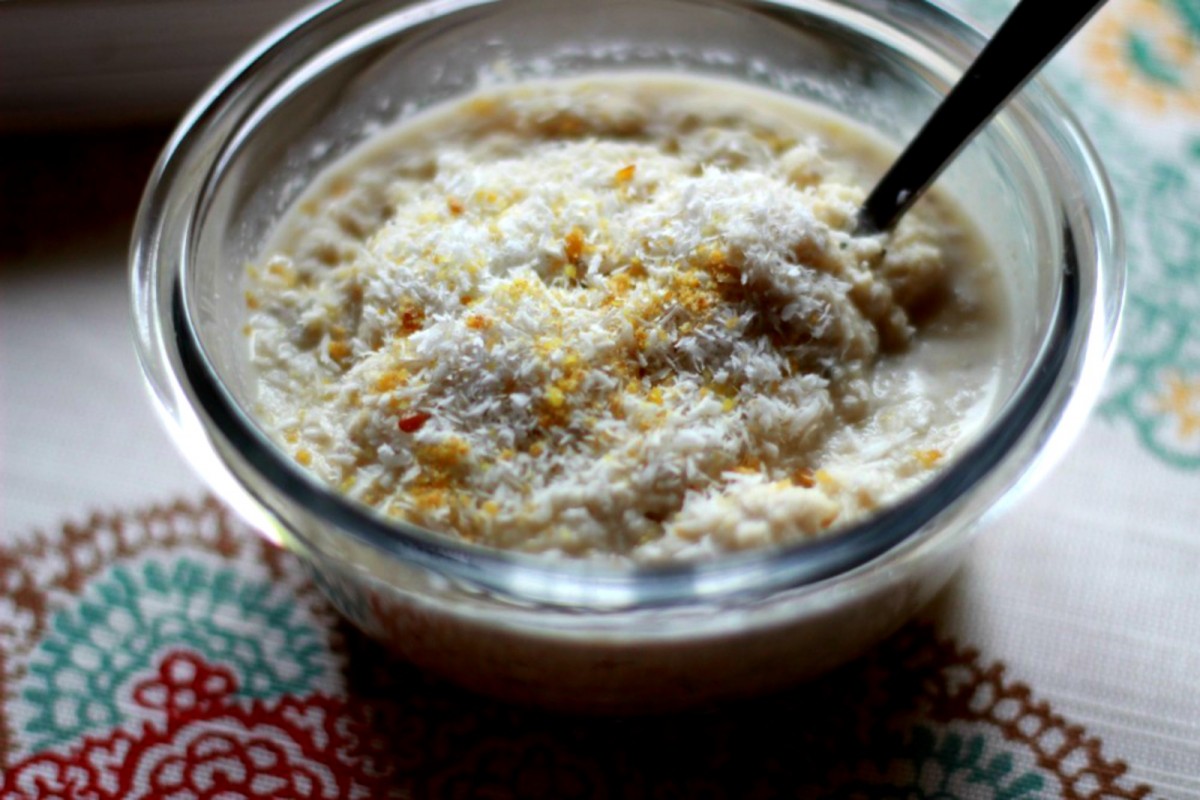 Coconut products in general, like coconut water and coconut oil, have been getting a lot of press in recent years. And for good reason! Coconuts are pretty magical fruits.  Coconut flour, made from grinding dried coconut solids, has the highest fiber content of any flour as well as high amounts of protein. It has a sweet flavor which is perfect for baking and desserts, making it a no-brainer go-to for the increasing number of vegan food bloggers and recipe creators infiltrating the blogosphere. Similarly to chickpea flour, it can be used to bread foods, added to breakfast cereals, or used to thicken up smoothies.

While whey sales have not necessarily declined, people are looking for cleaner ways to amp up their protein intake, which is one of the main reasons people are turning to pea protein and beet powders. Coconut flour could easily join the ranks of these superfoods, especially since it can so easily be added to existing recipes. 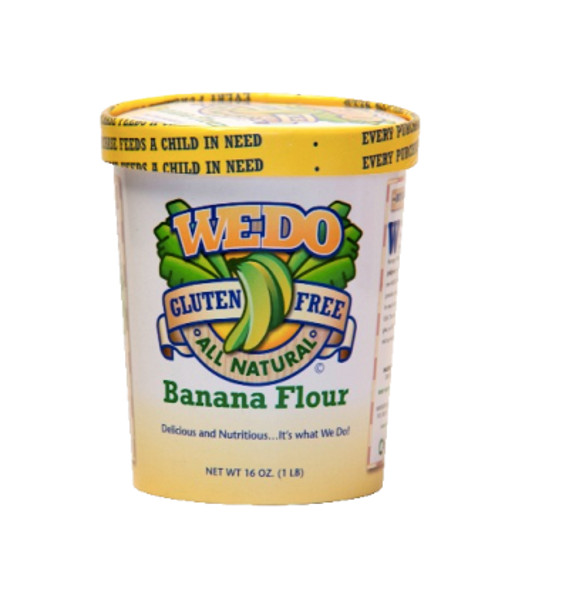 What if I told you that not only could you use bananas as a fruity ingredient in your cooking, but as a replacement for flour? You can! Banana flour is a seamless replacement for ordinary wheat flour.

The process of making banana flour is actually quite simple. Unripe green bananas are gathered, peeled, sliced, dehydrated, and then eventually milled into banana flour. Gathering the bananas while they’re still unripe ensures that the sugar content of the bananas have not fully developed yet so that the resulting flour is practically flavorless, with the exception of a slight nutty undertone.

A 1/4 cup serving of banana flour has 330 milligrams of potassium, which helps control the electrical activity of the heart, magnesium which aids nerve and muscle activity, as well as several other natural vitamins and minerals. But perhaps the most impressive health benefit of banana flour is the fact that it contains resistant starch, a type of carbohydrate that behaves in a fiber-like fashion and is not found in many foods. Ordinary starch, the kind normally found within some of the most beloved foods (potatoes, pasta, and bread) is rapidly digested in the small intestine and absorbed as glucose into the blood. Resistant starch, on the other hand, is not absorbed entered by the small intestine, and so sugar is released into the blood at a slower pace, which prevents insulin levels from rising too quickly. Resistant starch is also a prebiotic which promotes the growth of good bacteria in the gut.

While there is currently only one company that produces banana flour (WEDO), as the overall grain-free flour trend rises, we think banana flour will follow close behind. Plus, combined with the fact that the probiotic industry is projected to reach $46.55 Billion by 2020, banana flour will present an important differentiation.

Try banana flour in these Summery Mango Waffles, and this Blueberry Cake With Coconut Frosting. 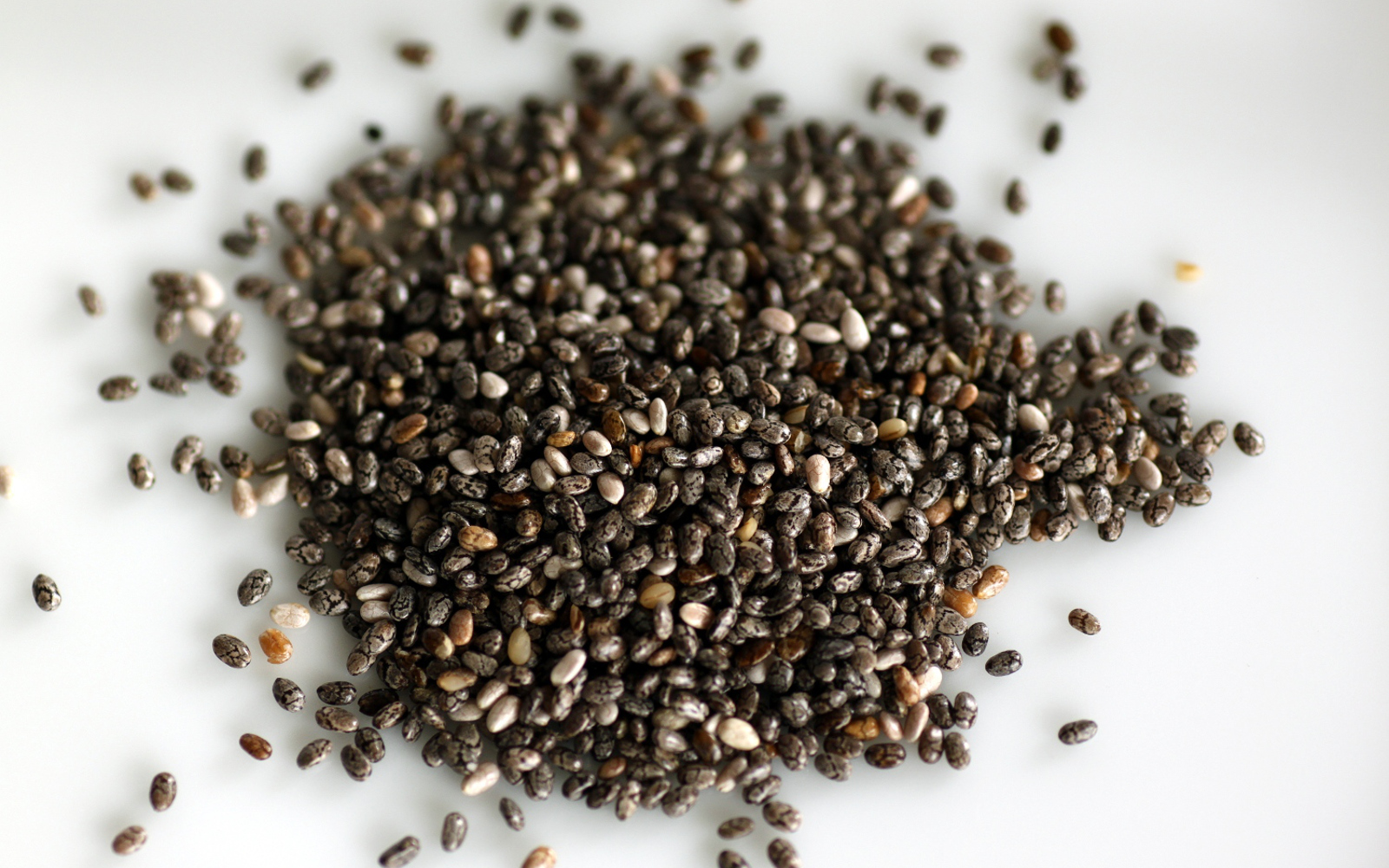 Grown natively in South America and praised by Aztecs and Mayans in ancient times, chia seeds make for a great flour! Containing 4 grams of protein per ounce, which is the same as chia seeds, it’s no wonder that “chia” is the ancient Mayan word for strength. Additionally, chia seeds are high in antioxidants, fiber, and omega-3 fatty acids.

The beauty of using chia flour in your recipes is that it helps bind your recipes together so you don’t need to worry with eggs or even egg replacement products. Chia flour also helps add a nice, nutty, slightly bread-like texture and taste to your foods, while also being low in carbohydrates. Use chia flour to make things like pancakes, waffles, quick breads, and cookies. It’s even useful  as a thickener in smoothies, oatmeal, and dessert. 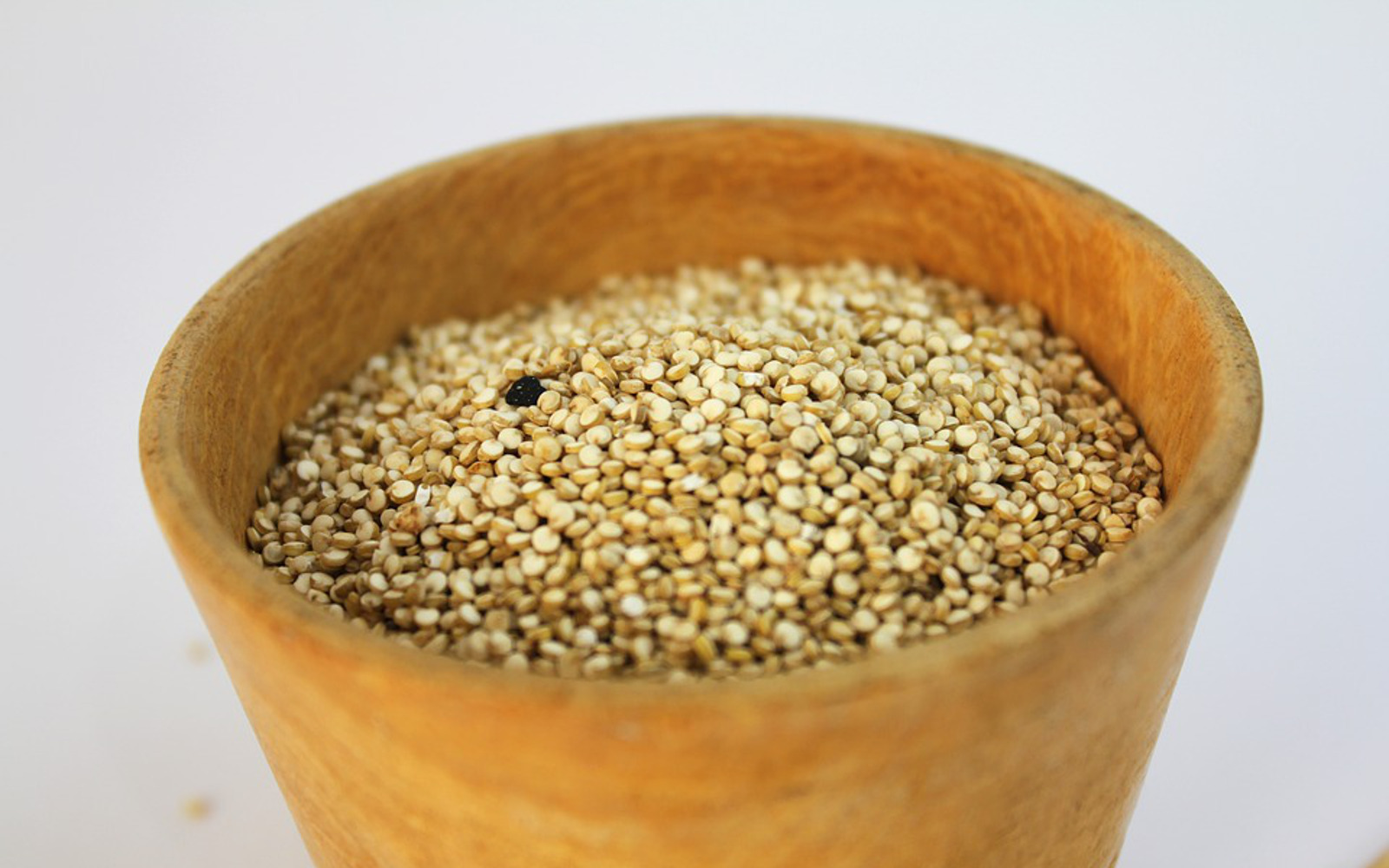 Amaranth flour is derived from the seeds of the amaranth plant and grinding amaranth seeds into flour is actually the most common use of this plant. Though it is made from seeds and is therefore grain-free, amaranth is commonly called an ancient grain.

Per 1/4 cup of amaranth flour, you’ll get 4 grams of protein, which is about the same as a whole wheat-based flour. It’s also rich in iron, B vitamins, along with potassium, calcium, and magnesium. Amaranth flour works well pretty much anywhere else you would use gluten-free flours, though it is ideal for making pizza crusts, muffins, breads, and cookies since it has a distinct, nutty flavor. 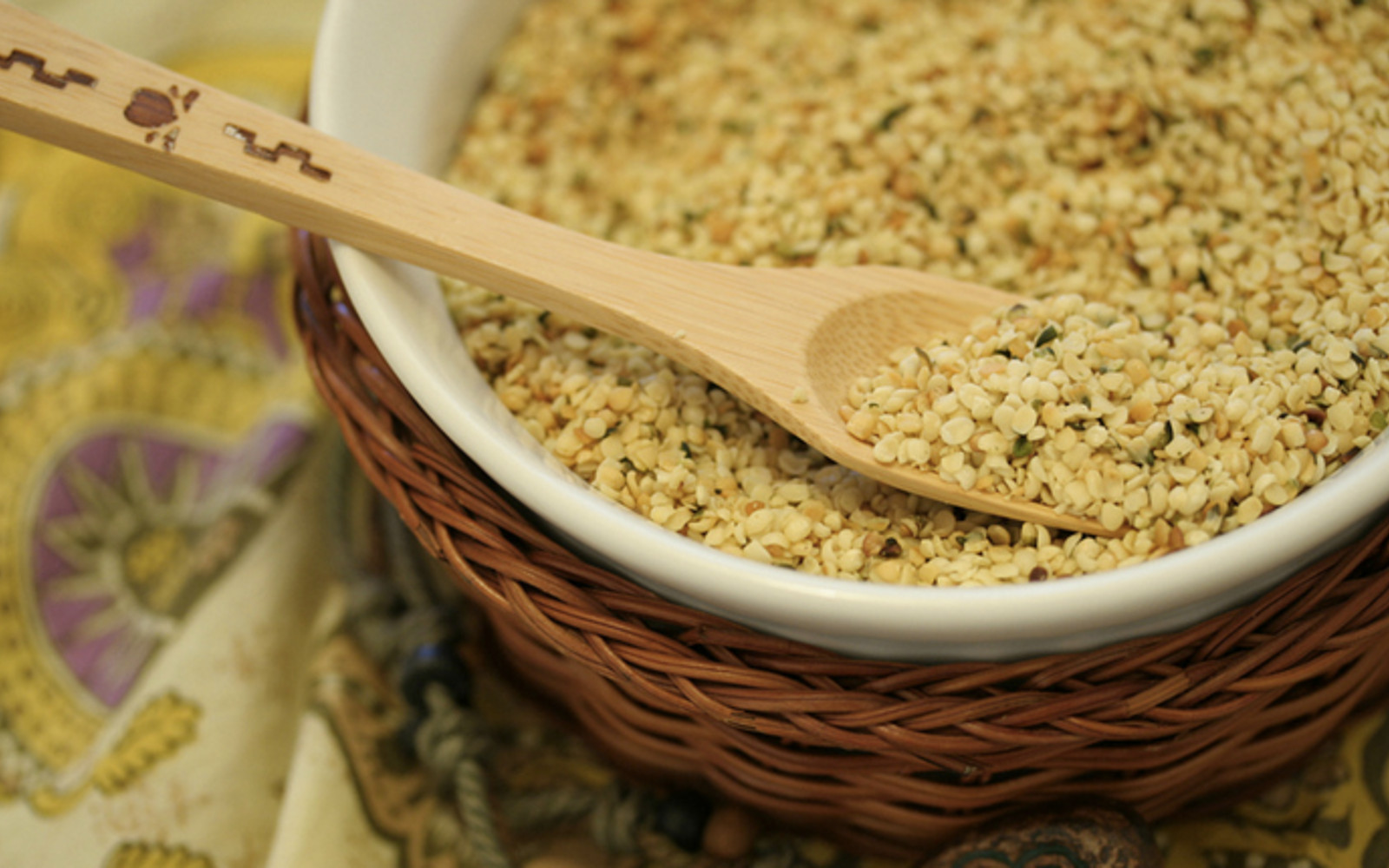 Up until recently, the word hemp has made most people think of marijuana. While hemp seeds and marijuana both stem from the Cannabis sativa plant, they are cultivated for very different reasons, and hemp seeds contain no traces of THC.

Seeds of the hemp plant are relatively oily. However, once that oil is removed, you’re left with a dense cake than when ground can be turned into flour! This powder, or flour, is far too dense to be used as a baking flour on its own, but when combined with other flours, it brings a nutty, rich flavor, and tons of nutritional benefits with it. It’s fiber rich and contains all of the essential amino acids, which makes it a complete protein source.

To use hemp flour in your cooking, use a ratio of 1/3 hemp flour to 2/3 regular flour. You can use hemp flour as a thickener for smoothies and cereals, bake it into muffins and brownies, or make hemp pancakes and crepes!

Try hemp flour in this Hummingbird Cake and this Easy Yeast-Free Bread.

Though research on the grain-free lifestyle indicates that complete elimination of grains may not be the best route to optimal health, there’s no doubt that cutting down on grains, and in turn carbs, for at least one meal a day has health benefits. Health benefits, versatility, and raving consumer reviews? Sounds like grain-free flours have all the prerequisites to become the next big food trend.