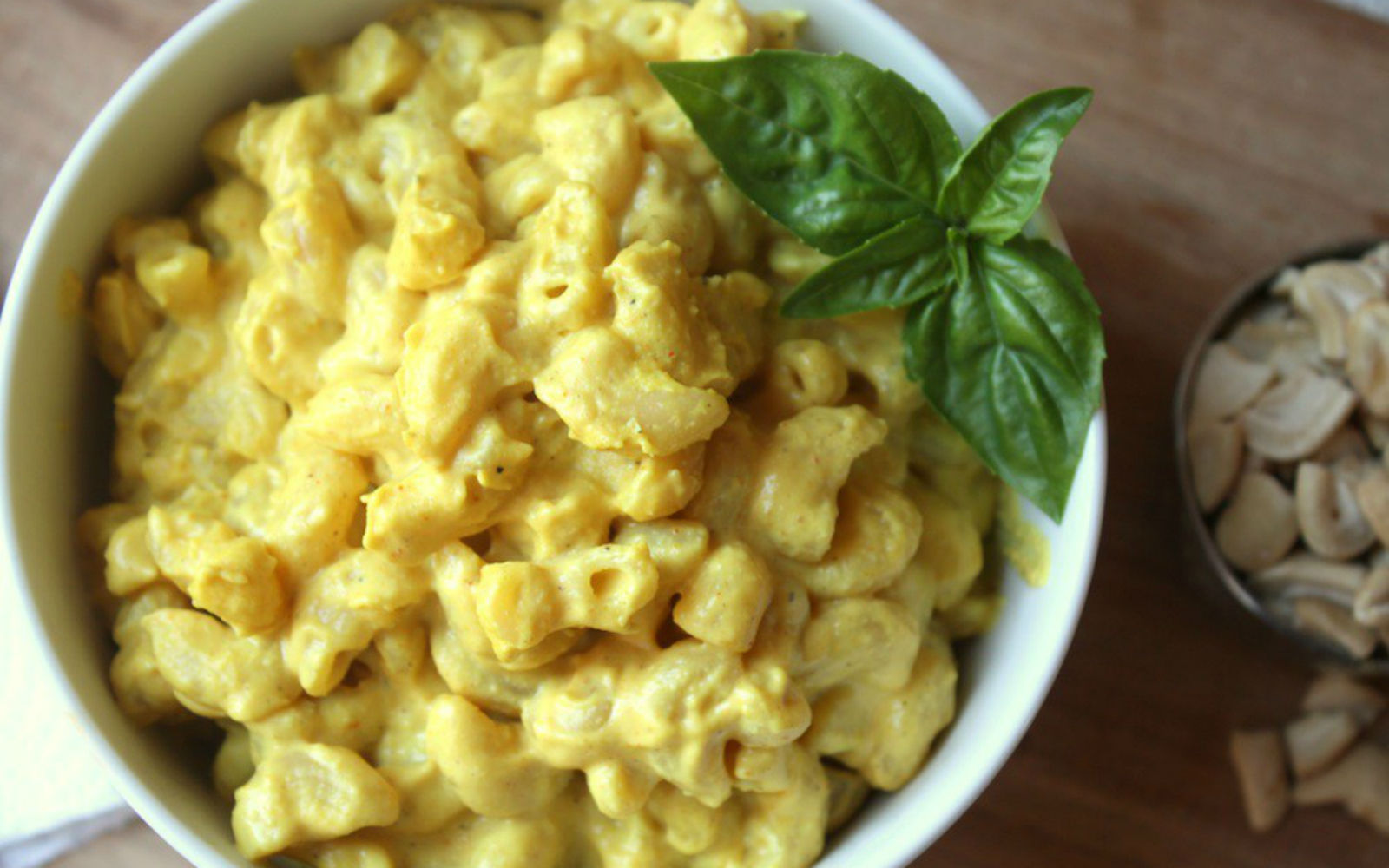 While we are down to taste any plant-based culinary concoction placed in front of us, in our heart of hearts, we know that nothing can ever really compare to a comforting, warm bowl of vegan mac and cheese.

The childhood staple is beloved by many; even Thomas Jefferson and Ronald Reagan had their own favorite versions of this classic dish — the former even demanded it be served at an 1802 state dinner!

For those of us who avoid dairy, mac and cheese that suits our dietary needs or preferences used to be pretty hard to come by. However, these days plenty of different eateries serve plant-based versions — you just have to know where to look! Below, we rounded up six different places that serve up the good stuff that might have flown under your radar — but make sure to show these gems some love! 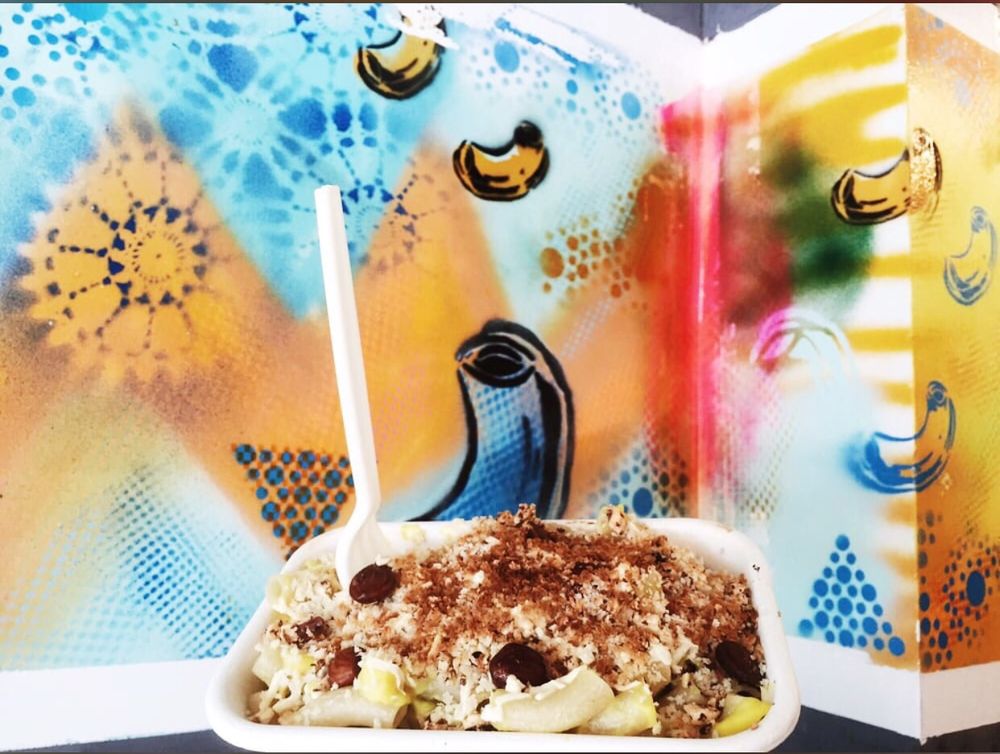 Grandpa Mac is a pasta-style restaurant serving up all kinds of delicious pastas in homemade, gluten-free sauces — including a vegan cheese sauce! Whether you like the classic small elbow or switch up your mac by using pasta shells, Grandpa Mac’s vegan mac and cheese can come with pieces of vegan chicken, vegan sausage, extra vegan mozzarella, and more, as it’s super customizable. Formed in Oklahoma in 2013, The Loaded Bowl was Oklahoma’s very first vegan food truck and has had a brick-and-mortar location since December 2016. It was their vegan Cashew Mac and Cheese that started it all, but they have plenty of plant-based cheesy goodness, such as their Spaghetti Okie, which features grilled spaghetti squash covered in seven-veggie marinara, broccoli, spinach, and peas, and is topped with cashew parmesan, and their Down Home Bowl, which is a variation on their Cashew Mac, only with chopped vegan BBQ and grilled veggies. 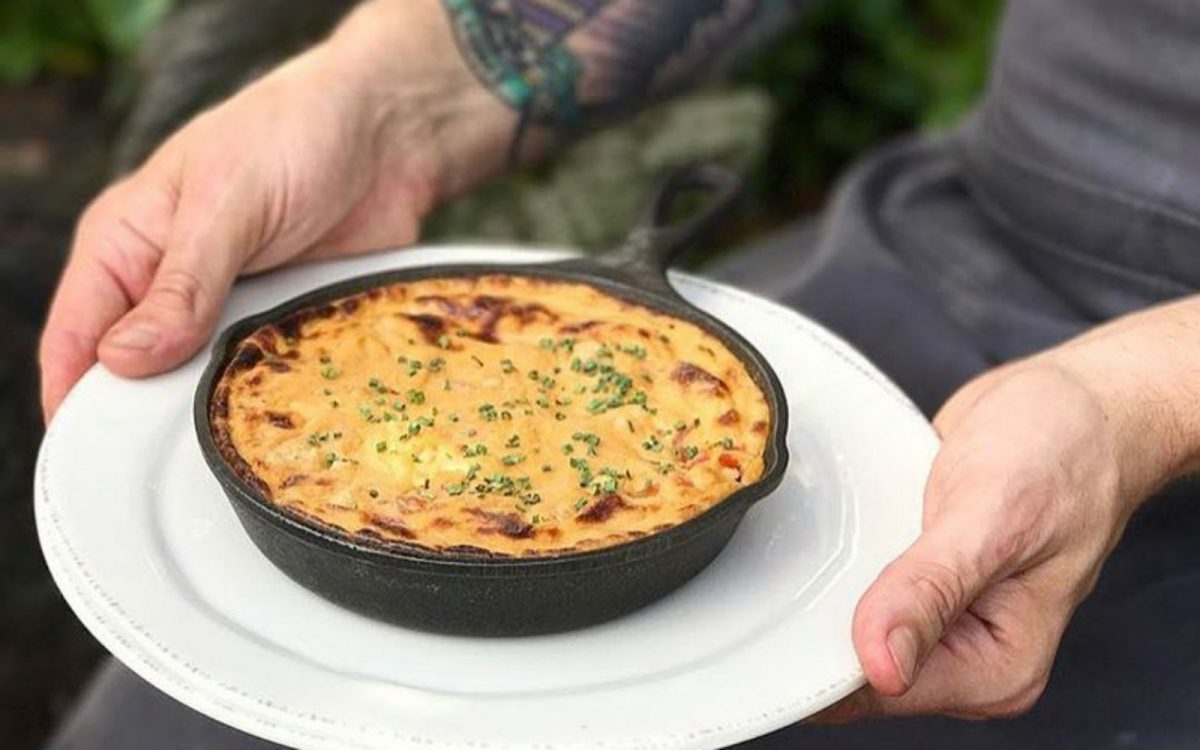 Donna Jean is a homey plant-based restaurant in San Diego, California, that strives to inspire its patrons to engage in conversation about what plant-based eating could look like. It doesn’t bill itself as a health food restaurant; rather, it wants to set the wheels in motion to prove to even the most staunch of omnivores that plant-based food is the sustainable fuel of the future. Customers can order their Cast Iron Mac and Cheese, which features smoked vegan cheddar, tomatoes, and chives. Just don’t touch the skillet — it’ll be hot! 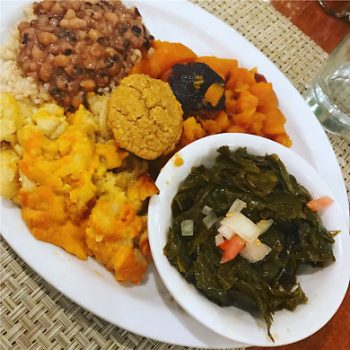 If you’re in South Carolina and are looking for good ol’ plant-based soul food, look no further than Lamb’s Bread Vegan Cafe. Their menu changes daily (you can visit their Facebook page to check out what’s on offer each day) but you can pretty much always count on vegan soul food staples, like fried chicken, cornbread, mac and cheese, biscuits and gravy, mashed potatoes, barbecue ribs, and more.

Seasoned Vegan is a restaurant in Harlem that strives to be a place where people of all ages and dietary restrictions can come and enjoy a plate infused with all the plant-based motherly love you would expect from a home-cooked meal. While the food there is comforting and classic, the ingredients are clean and nutritious. “One of our goals, quite simply, is to increase longevity and improve the health of the neighborhood we love,” said chef, founder, and co-owner Brenda Beener. Don’t miss their side of vegan baked mac and “cheese”!

We would be remiss if we didn’t also give a special shout-out to both Modern Love Brooklyn, a cozy spot in Williamsburg run by chef Isa Chandra Moskowitz that serves up mouthwatering “Mac & Shews“, a gluten-free dish featuring creamy red pepper cashew cheese, pecan-cornmeal crusted tofu, blackened cauliflower, sautéed kale, tomato vinaigrette, and spiced pecans, as well as Lagusta Luscious Commissary‘s baked vegan mac and cheese, which people on Yelp claim is some of the best they’ve ever had.

Not able to find a vegan mac and cheese joint in your area? Don’t fret — the Food Monster App has your back. Check out these 15 Rich, Creamy and Dairy-Free Mac and Cheese recipes for starters.

This Very Cheesy Mac n Cheeze, pictured above, is a slightly spicy, flavorful, much healthier vegan recreation of your old favorite, while this Easy Mac and Not-Cheese has an absolutely fantastic flavor, it’s nice and creamy, and oh so satisfying. This Healthy Mac n Cheese recipe delivers comfort food goodness without all the heaviness, while these vegan Mac and Cheese Pies are a twist on a macaroni pie, which is a Scottish delicacy that consists of a crisp, crumbly pastry crust that’s filled with macaroni and cheese.

Also make sure to check out some of our other American city guides, listed below: