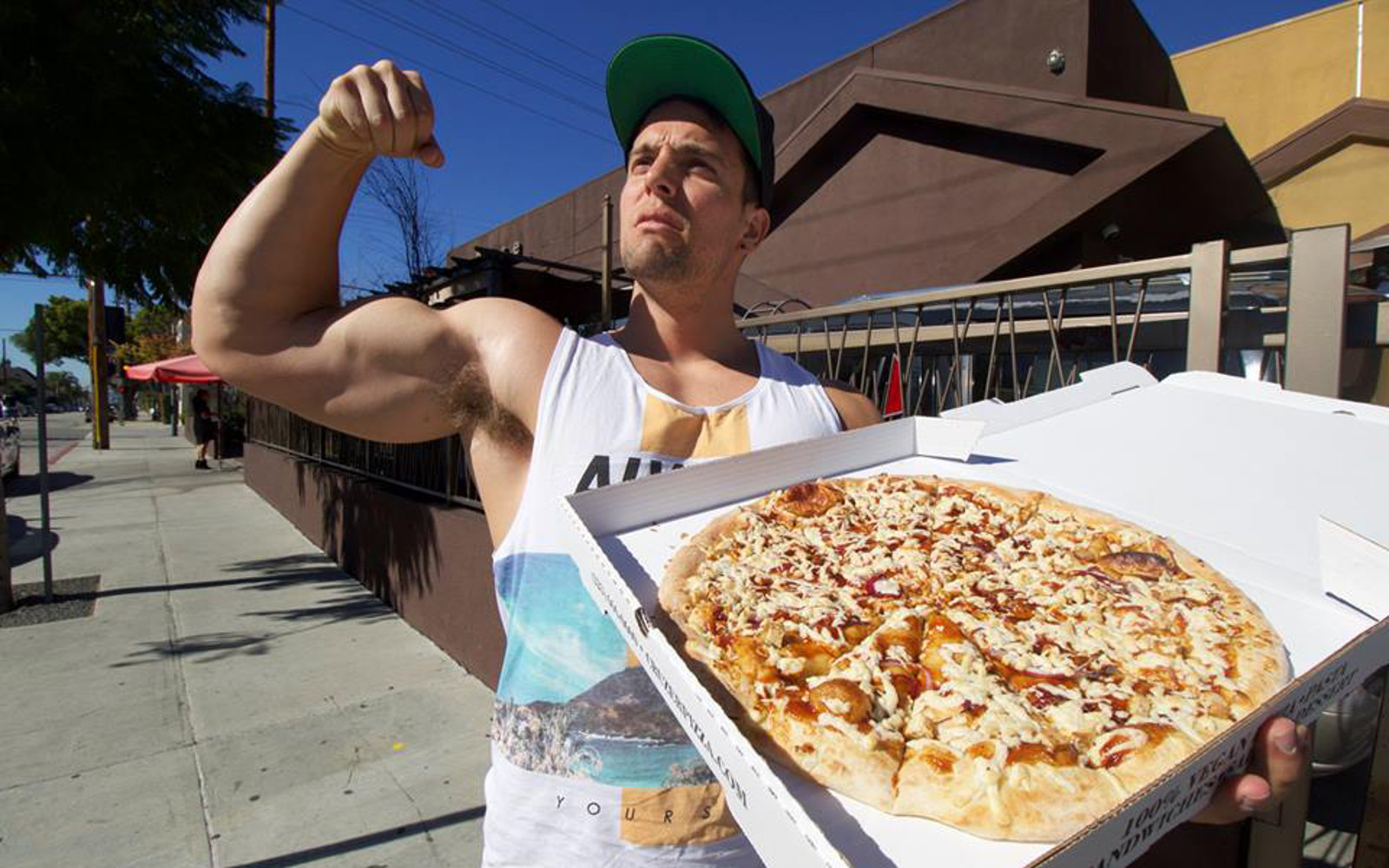 Let’s get this out of the way right now: you don’t need meat and dairy in order to build muscle. While in the past (and to this day), proponents of plant-based diets are often asked the dreaded, “where do you get your protein?” question, there are countless athletes who stand as proof that we don’t need meat and dairy to be strong. Don’t believe us? Check out 10 Plant-Powered Athletes to learn about even more individuals who are shattering stereotypes and breaking records.

We also love it when said athletes and fitness advocates are vocal (or, in this case, visual) about their love of plant-based food. One man in particular that we’ve been following is Jon Venus, a Barcelona-based YouTube star who runs an online fitness coaching program with his wife Kathrine, a nutritionist. Jon decided to go vegan after watching a documentary on the agriculture industry. 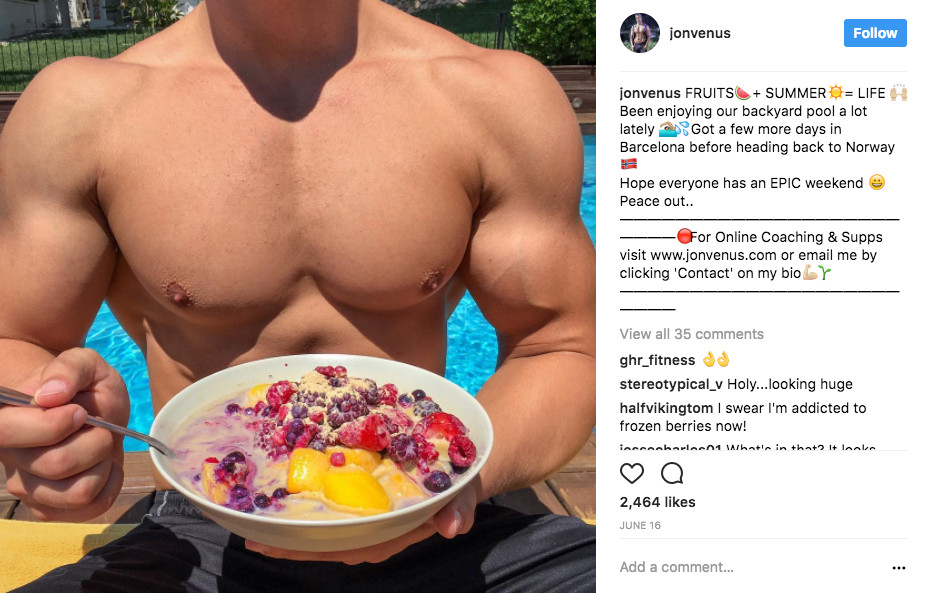 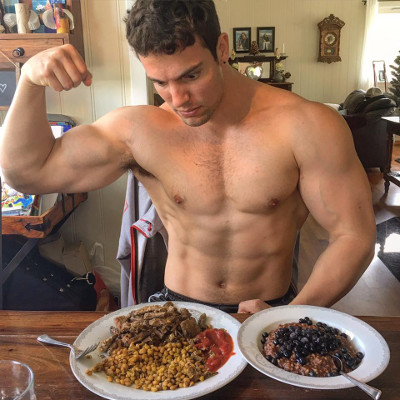 Jon told the Daily Mail, “I grew up having family barbecues every weekend with loads of rump steak, chicken hearts, and sausages.” But since switching to a plant-based diet, Jon has fully embraced meat-free cuisine. 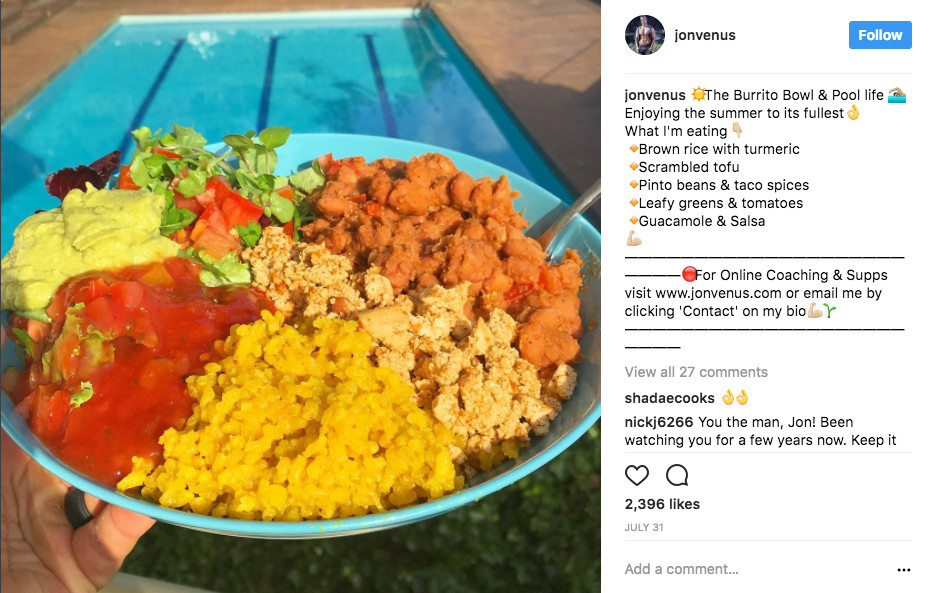 Jon also shows us that you don’t have to deny yourself of your favorite foods. No matter what our goals, we all need a little bit of vegan pizza every now and then. 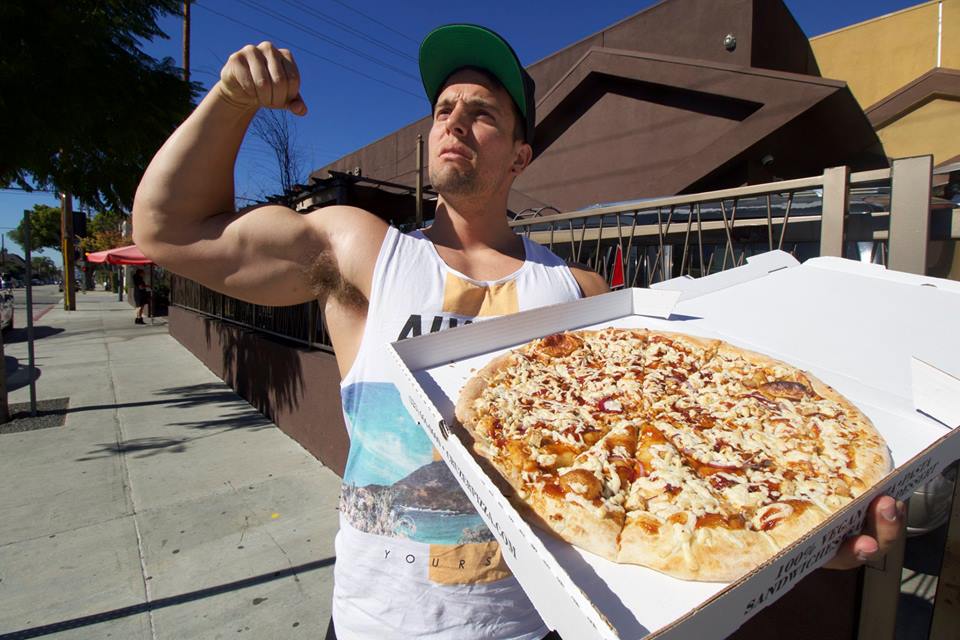 …And vegan Ben & Jerry’s ice cream. Let’s not forget about that, either. 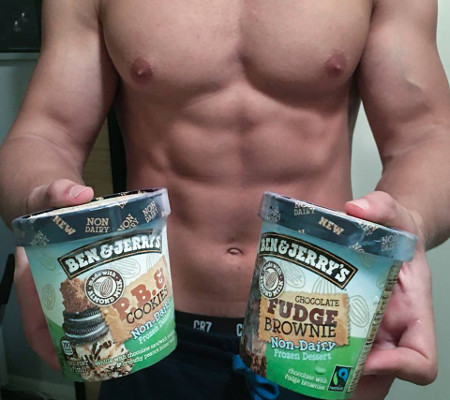 Want to eat like Jon Venus (we know, we’re drooling over his food, too)? We can help with that. We’ve scoured the Food Monster App to bring you the best copycat recipes of the fitness coach’s food.

This Raw Vanilla, Lemon, and Blueberry Cheesecake Smoothie Bowl by Tiana Haines is packed with plenty of fresh fruit, just like Jon’s. 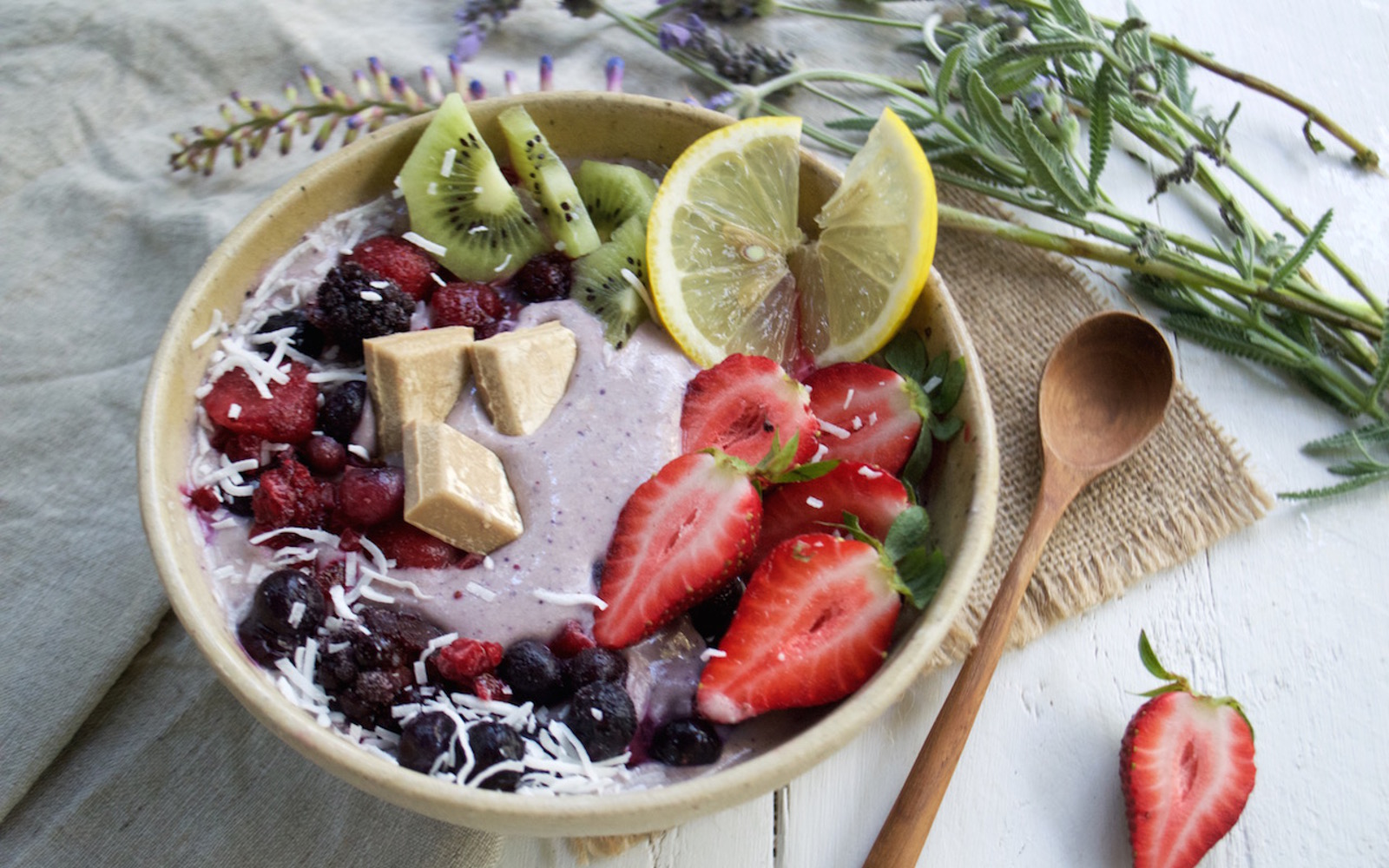 We recommend adding a full scoop of your favorite plant-based protein powder if you’re trying to build tmuscle.

This hearty Butternut Squash and Green Lentil Curry by Gin Butters is packed with plenty of plant-based carbs and protein. 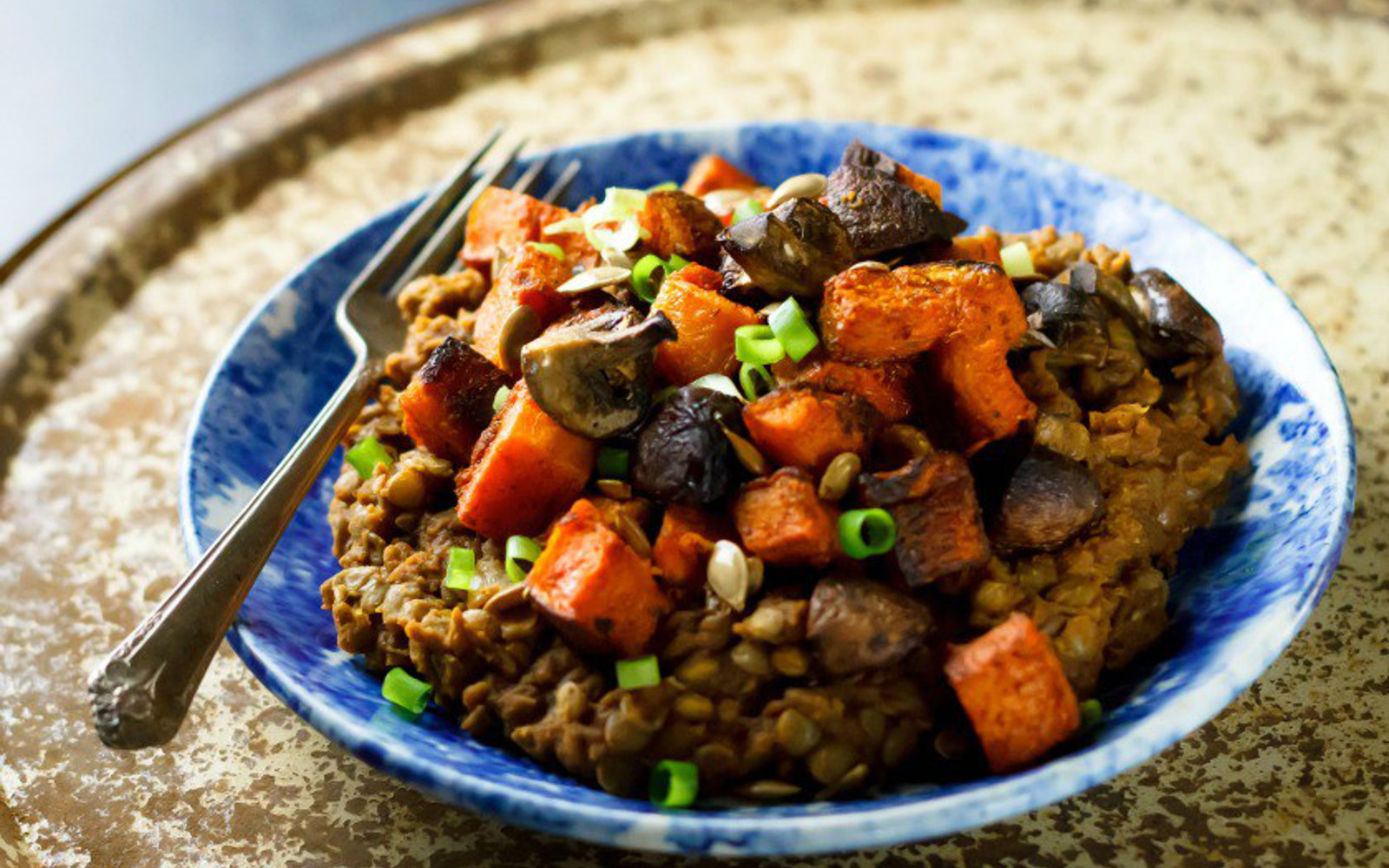 Not only is this dish good for you, it’s easy to make and it uses budget-friendly ingredients. 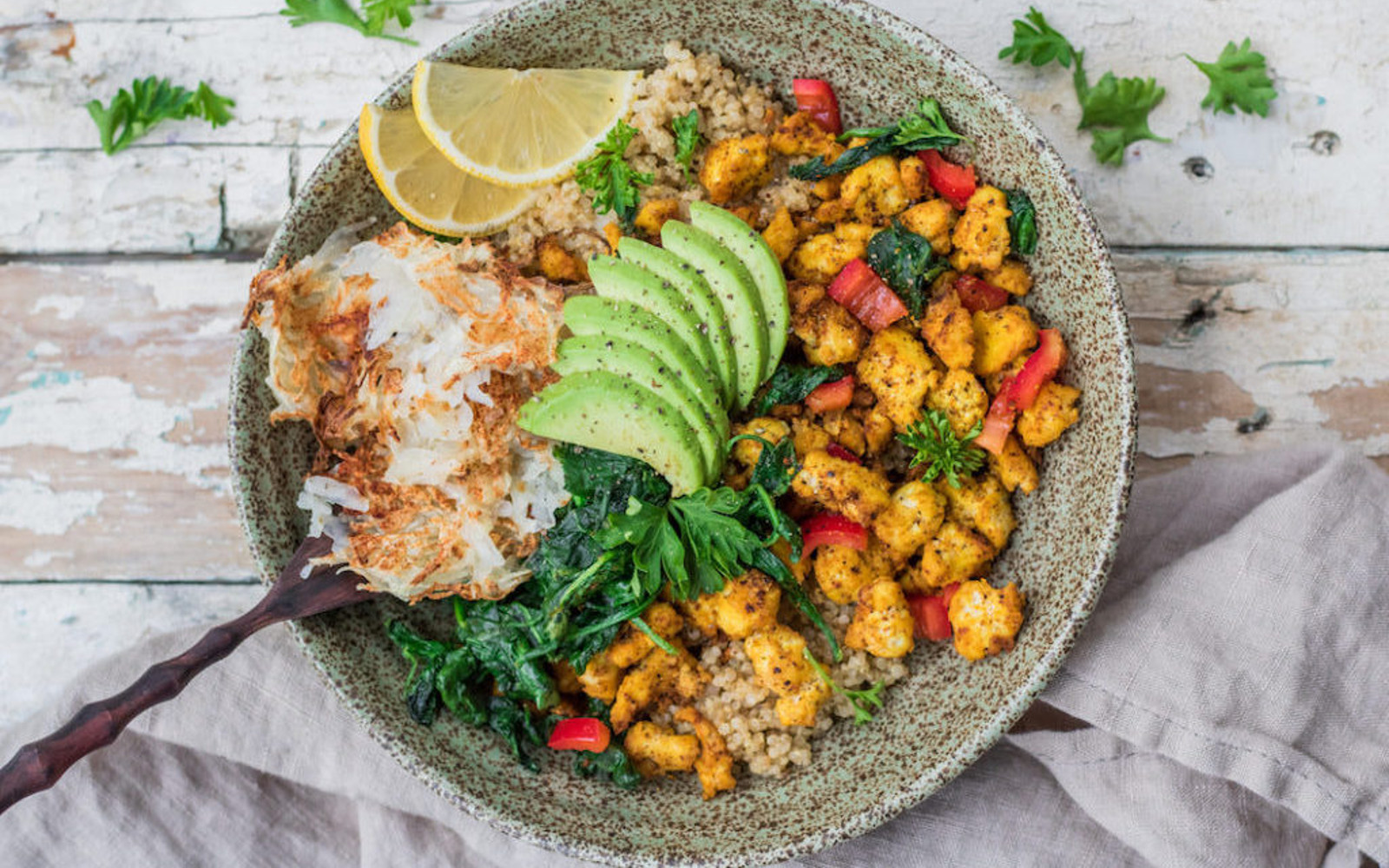 Add even more protein to this dish by serving it with a side of these Chickpea Baked Beans and the recipe for turmeric rice from this Raw Mushroom Soup by Marta and Mimma.

Jon loves his pizza topped with vegan “chicken” and plenty of dairy-free mozzarella. We think this BBQ Jackfruit and Pineapple Pizza by Amanda Sager is a worthy comparison. 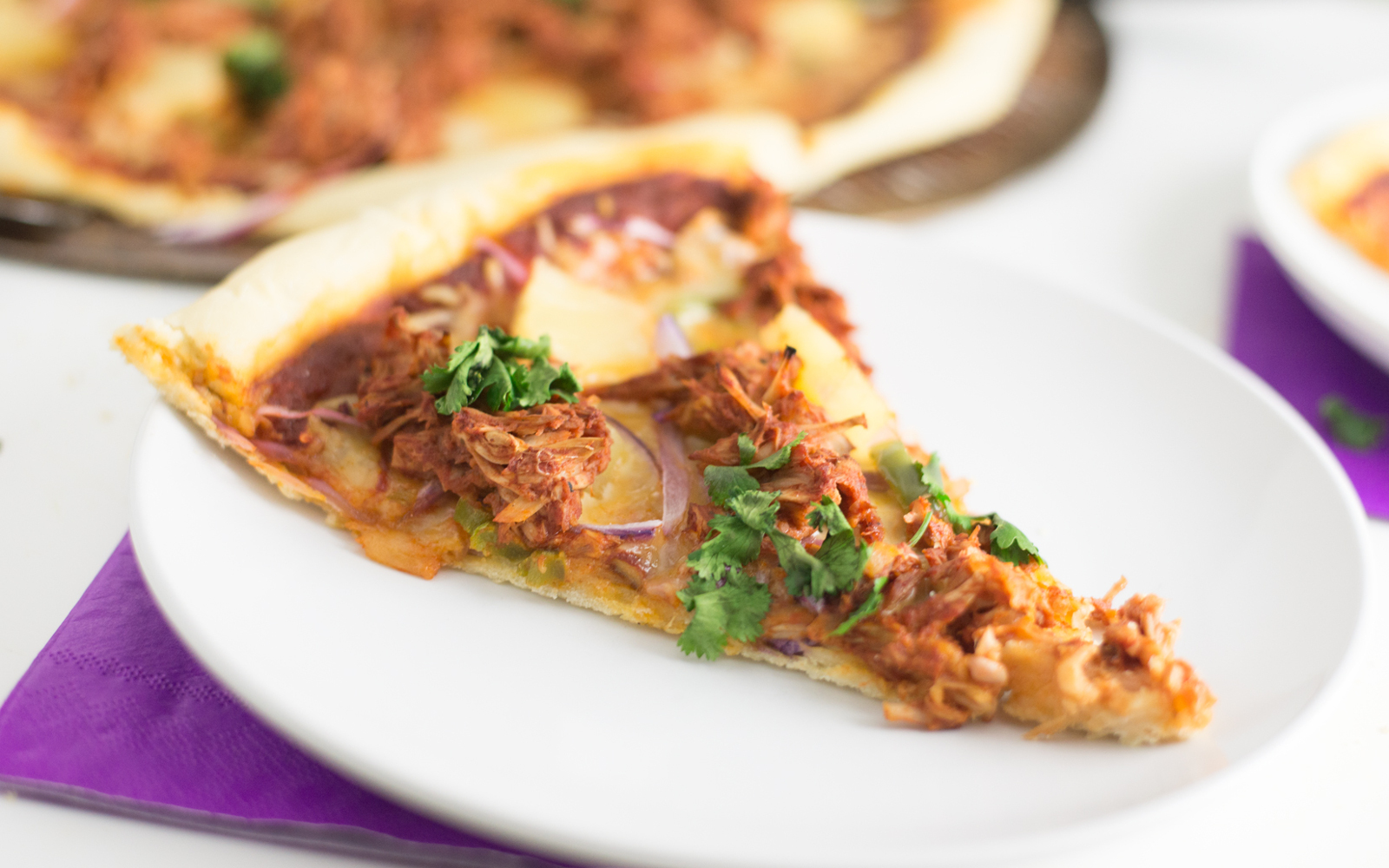 Can’t find jackfruit near you? Top it with this Chicken-Style Seitan by Lindsay Clarke. We also suggest trying to make your own vegan cheese. This Cashew Mozzarella That Melts by Azucena Noriega is perfect for pizzas!

Last, but never least: ice cream! This Peanut Butter Cup Ice Cream by Clémence Moulaert is the perfect homemade alternative to vegan ice cream you can buy in stores. 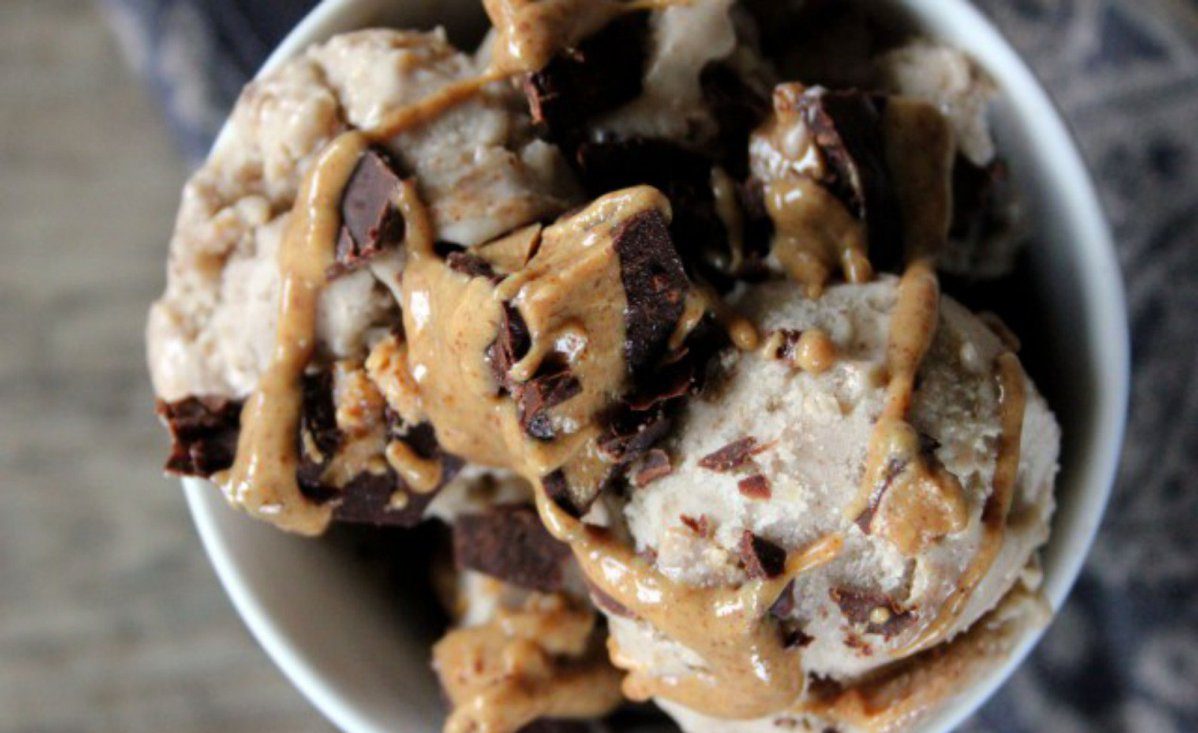 Clémence made this ice cream using a base of bananas and coconut milk with a swirl of peanut butter. Then, she folds in homemade, smashed peanut butter cups. Yum!

Looking for tips on building muscle on a plant-based diet? Read 3 Tips for Bodybuilding on a Vegan Diet.

For even more tips and high-protein vegan recipes, we highly recommend checking out Food Monster app, a food app available for both Android and iPhone. The app has over 8,000+ vegan recipes with 10+ recipes added daily Give it a try — and don’t forget to follow us on Facebook and Instagram!