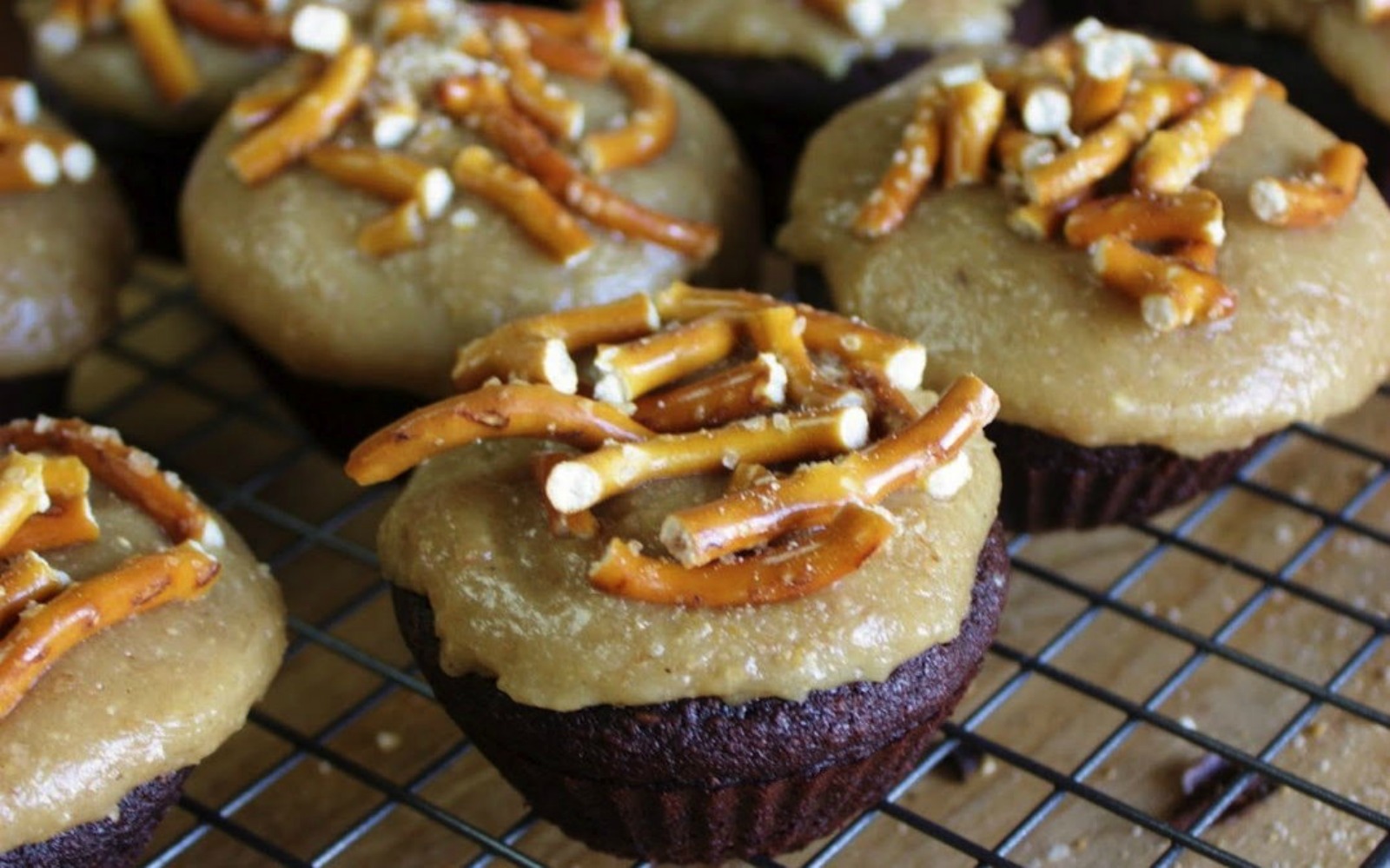 Cupcakes. They’re so  much more fun to eat than a slab of cake. Now, of course, everyone loves cake, but cupcakes are like a little mini cake you get to at all by yourself. No cutting, slicing, determining the size of cake you want to have, no messy knives, and worrying about wrapping up the leftover slices so they don’t dry out. Cupcakes even come with their own wrapper and are easy to take on the go (because hey, you’ve know you’ve convinced yourself they qualify as a muffin some mornings!).

First, the best way to ensure your cupcakes are as best as they can be, is never to use those box mixes at the store. They’re loaded with either too much sugar, chemicals and preservatives, and many have hidden sources of dairy like dry milk, butter solids, and some even have egg particles. No good! So for starters, go with a homemade recipe, and next, try out some new flavor choices.

Chocolate and vanilla cupcakes are amazing and are easy to make vegan, sugar-free and  gluten-free, but sometimes even they get a bit mundane. If you’re looking for some more creative, tasty cupcake ideas to make for the new year or for any occasion, here are some pretty delicious options: 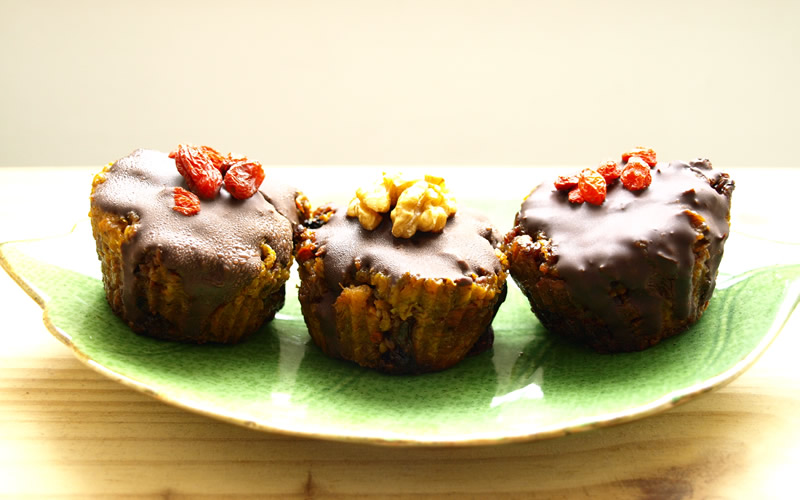 Carrot cake is one of the most popular desserts during the holidays, but most are made with cream cheese, butter, refined sugar, and some don’t even have real carrots! Let’s turn the holiday disaster dessert into a cupcake that’s actually packed with delicious, healthier ingredients. Plus, it’s your own mini version of one of the most decadent holiday desserts of the year. Try making our favorite Cute Vegan Carrot Cake Muffins which are adorned with fun toppings like goji berries and golden raisins, or add coconut milk to the frosting and try Carrot Cake Cupcakes with Whipped Coconut Cream and Chocolate. Or, really go all out and make them raw and try Raw Vegan Carrot Cake Cupcakes with Cream Cheese Frosting. Those carrots never knew they could taste so good! 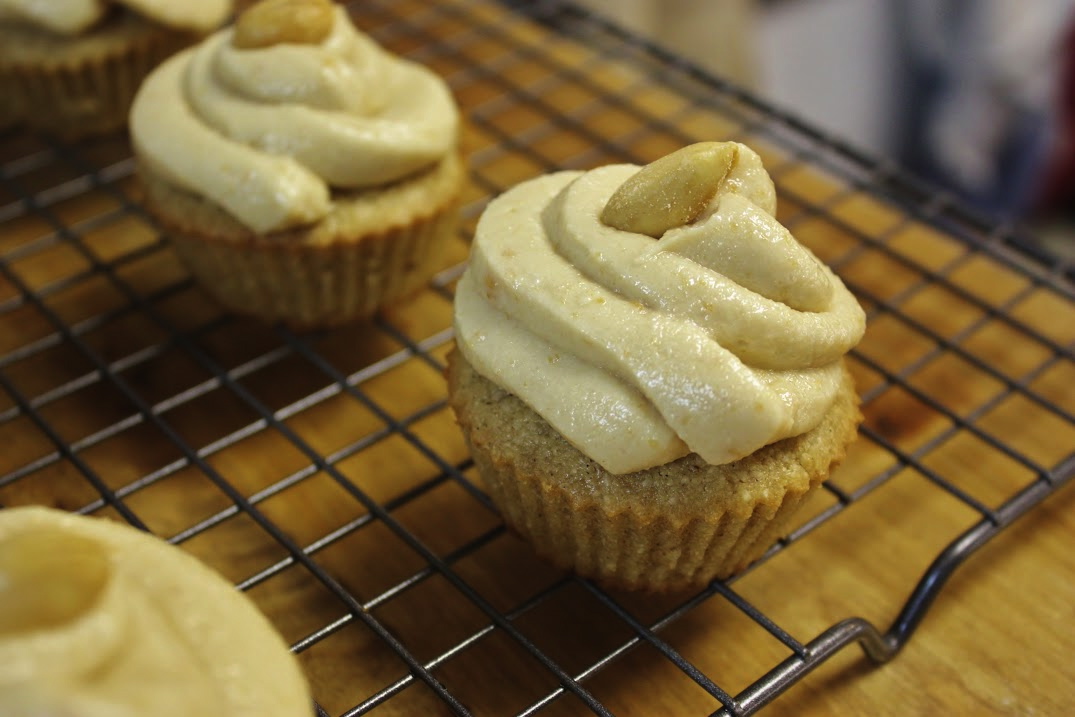 Now perhaps you’re not so against using the standard vanilla or chocolate cupcake, and hey, who could blame you? They do a nice job at satisfying the soul in a simple way. But try something new instead of the traditional icing you use. One simple way to do that is to use a hearty, healthy fat source in place of buttercream icing that you normally use. The perfect replacement is nut butter, such as almond, cashew, hazelnuts, coconut, or walnut butter as an ingredient in the icing. Try our favorite Vanilla Cupcakes With Peanut Butter Frosting, Hazelnut Chocolate Cupcakes, or even Chocolate Banana Cupcakes With Peanut Butter Frosting.

3. Toss in Some Fruits 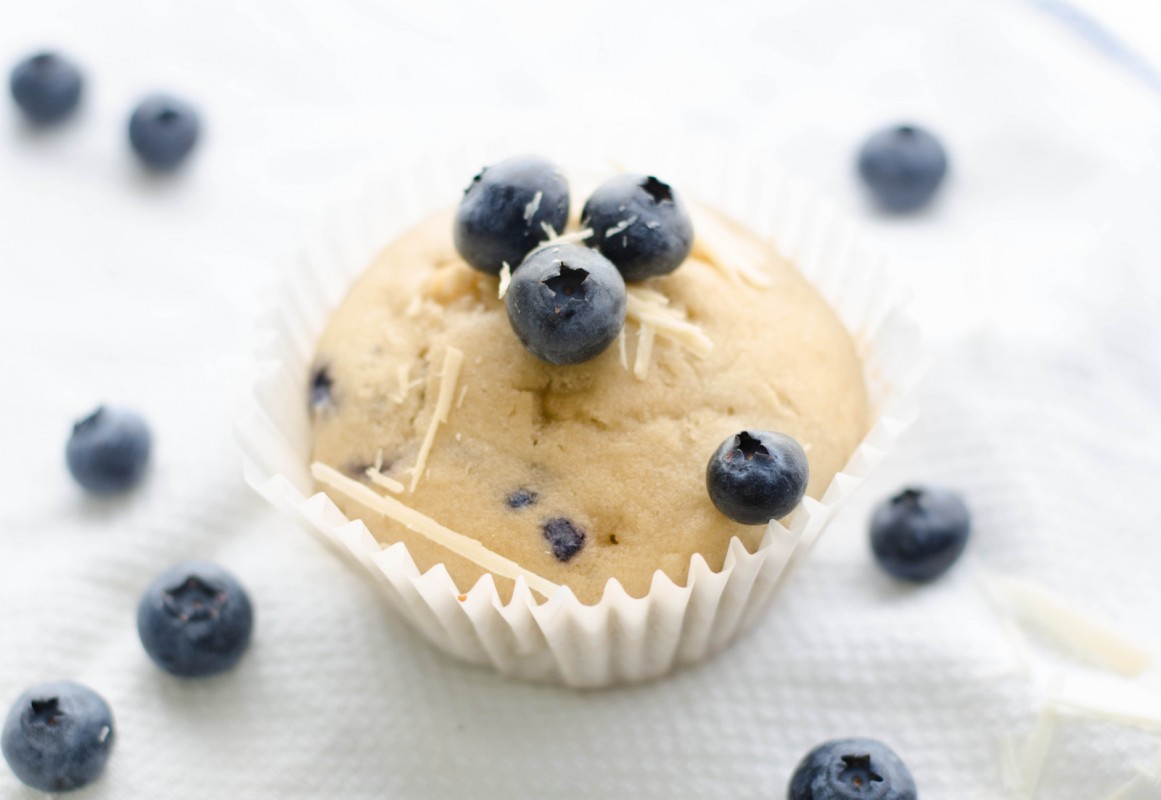 You might not think to add fruits to the cupcake, because wait, wouldn’t that make it a muffin? Not so, friends! Icing is what turns a muffin into a cupcake, so feel free to use some creative cupcake experimentation, including with fruit! Berries, bananas, coconut, cherries, pureed dates, dried raisins, and even superfruits like goji and acai can all be added to your cupcake recipes for a healthy addition and fruity flavor. Try Vegan Blueberry Vanilla and White Chocolate Cupcakes, Chocolate Cherry Cupcakes, Banana Bread French Toast Cupcakes, or Vanilla Blackberry Cupcakes. 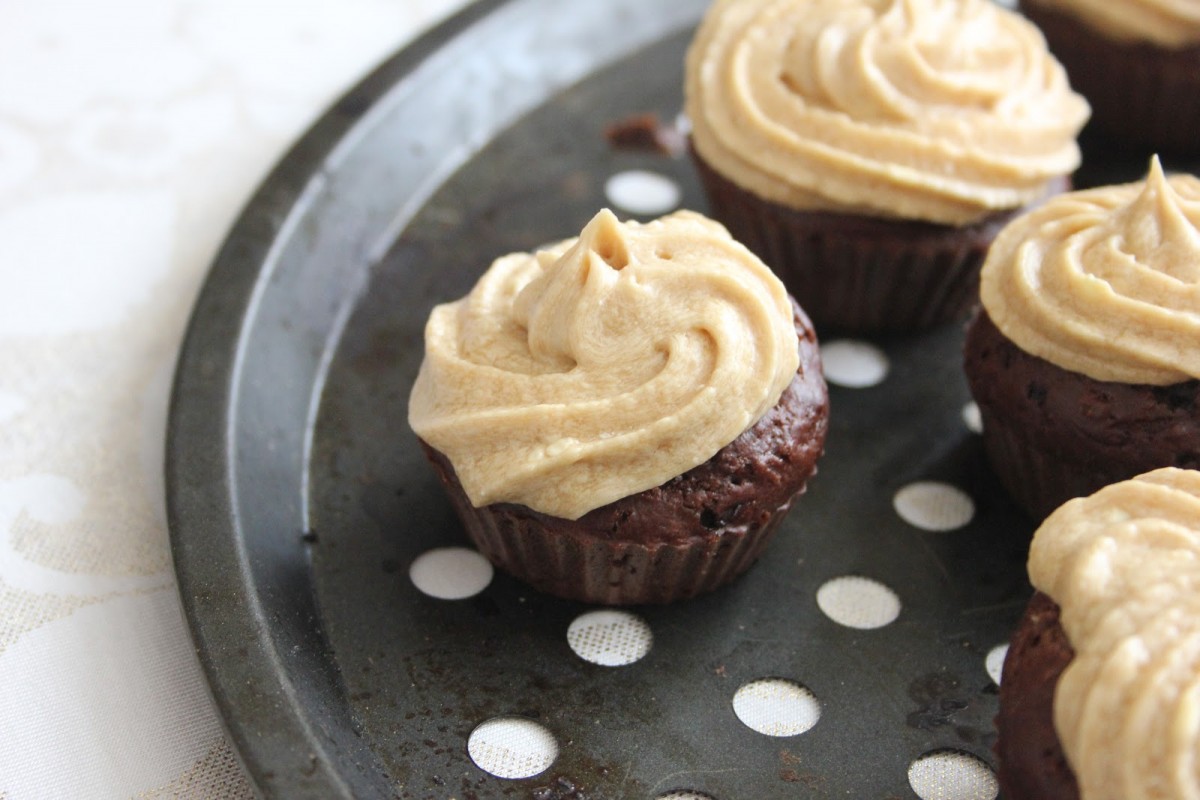 Coffee is often added to chocolate recipes to enhance the flavor, and you can use a touch of instant coffee (go for organic if you can) or you can just use chilled coffee, in any recipe of your choosing. If you use chilled coffee, make sure it’s double strength so you can taste it, and also that you let it cool completely before using it in the recipe. Replace equal amounts of other liquids with however much coffee you’re using. If you go for instant, there’s no need to worry about liquid substitutions. Try using your favorite coffee in: Vegan Cinnamon Latte Cupcakes or Vegan Mocha Cupcakes. If you’re watching your sugar intake, use these healthier substitutions, and if you’re gluten-free, try using some of our favorite gluten-free, whole food-based flours. 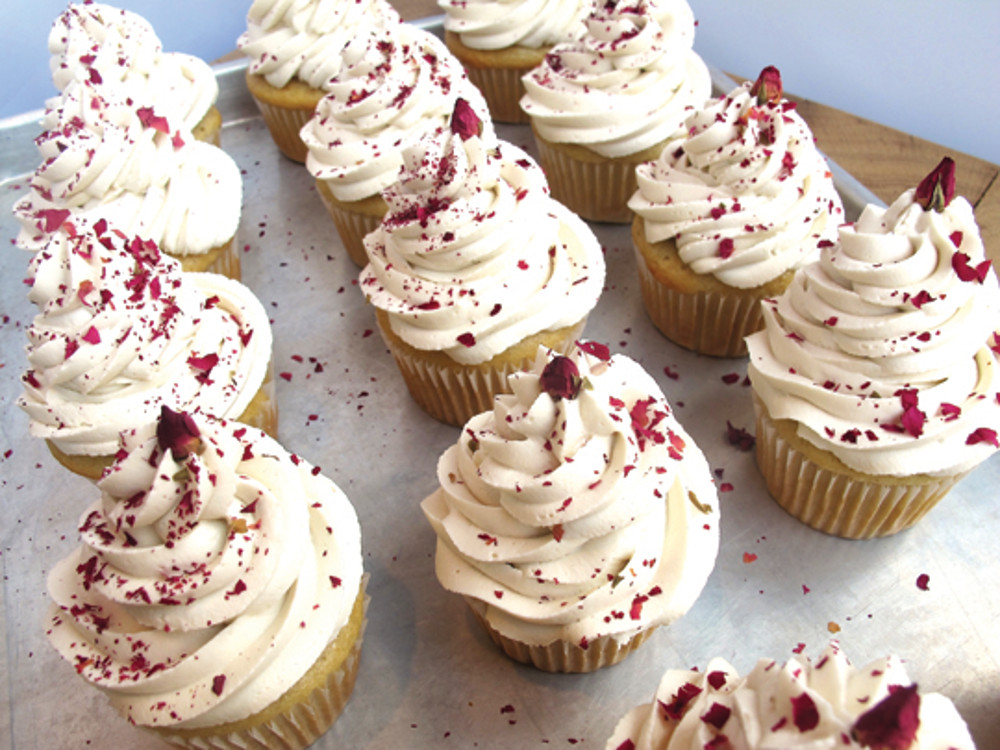 Rosewater extract, rose petals, lavender, and edible flowers all make fantastic additions to cupcakes when you need a little extra “something, something”. It might sound a bit odd, but floral notes give baked goods a nice, delicate, yet gourmet flavor. They’re also easy to use, so don’t be intimidated. Rosewater goes well with a light spice such as cardamom, and lavender pairs well with anything vanilla-flavored. Edible flowers can be used as a topping above any cupcake for a special adornment. Try making Cardamom Rose Cupcakes, Gluten-Free Rosewater Cupcakes, or Vanilla Lavender Vegan Cupcakes.

5. Sneak Some Veggies In! 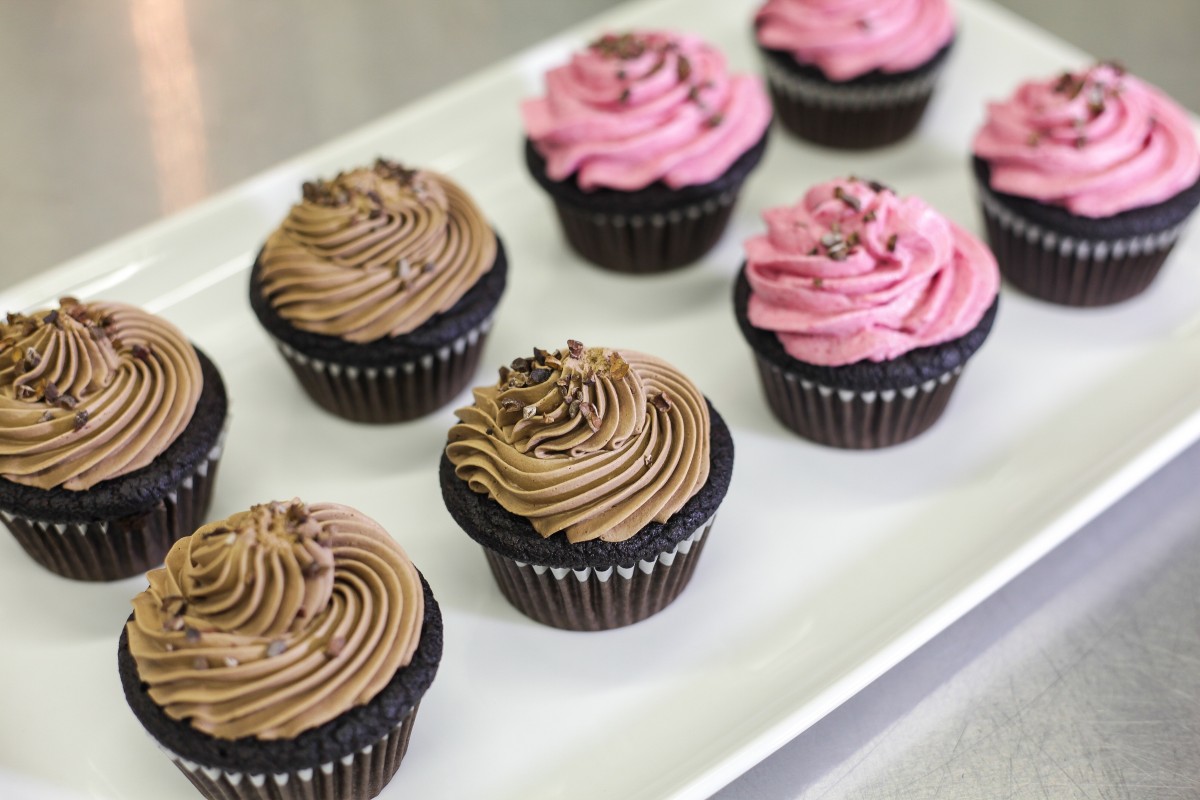 You can also sneak some veggies into those cupcakes too. Now, wait a minute, don’t run off! Remember that carrot cake has carrots, so why not use other sweet veggies too? Pumpkin (though technically a fruit) and even beetroot or sweet potatoes can both be used in cupcake recipes and will actually enhance the taste, the opposite of what you might imagine! Beets take on a caramelized sweetness and sweet potatoes, pumpkin, zucchini, and carrots give goods a hearty, creamy flavor that also aid as natural binders, eliminating the need for eggs. Their natural moistness make for the perfect substitution to butter and oil as well. Try making Chocolate Beet Cupcakes, Beet-root Chocolate Frosted Cupcakes, Chocolate Cupcakes with Pumpkin Coconut Frosting, or Gluten-Free Chocolate Cupcakes with Chocolate ‘Buttercream’ Frosting that uses sweet potatoes in the frosting!

6. Add Some Superfood Flavor to the Frosting 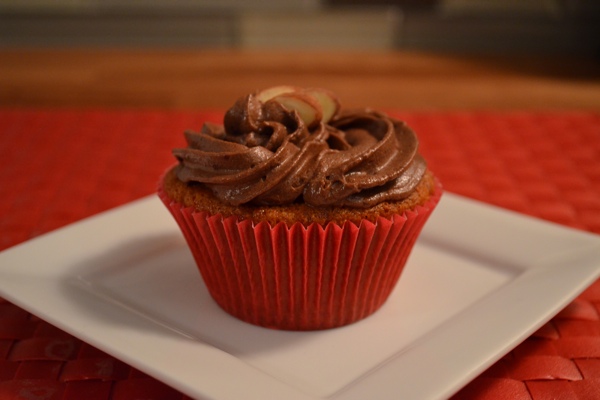 For a new take on frosting, why not take things up to a superfood status? Goji berry powder, acai berry powder, raw ground vanilla beans, cacao powder, and even mesquite or maca powder can all be used in the frosting to ramp up the nutrition and also give your frosting a flavorful touch. Try making Vanilla Agave Cupcakes With Chocolate Mesquite Frosting for a sweet, caramelized flavor that also adds iron and B vitamins from ground mesquite, or try Vegan Matcha Tea Cupcakes for a really tasty, buttery flavor that also adds an additional superfood punch from matcha green tea!

7. Add a Splash of Citrus 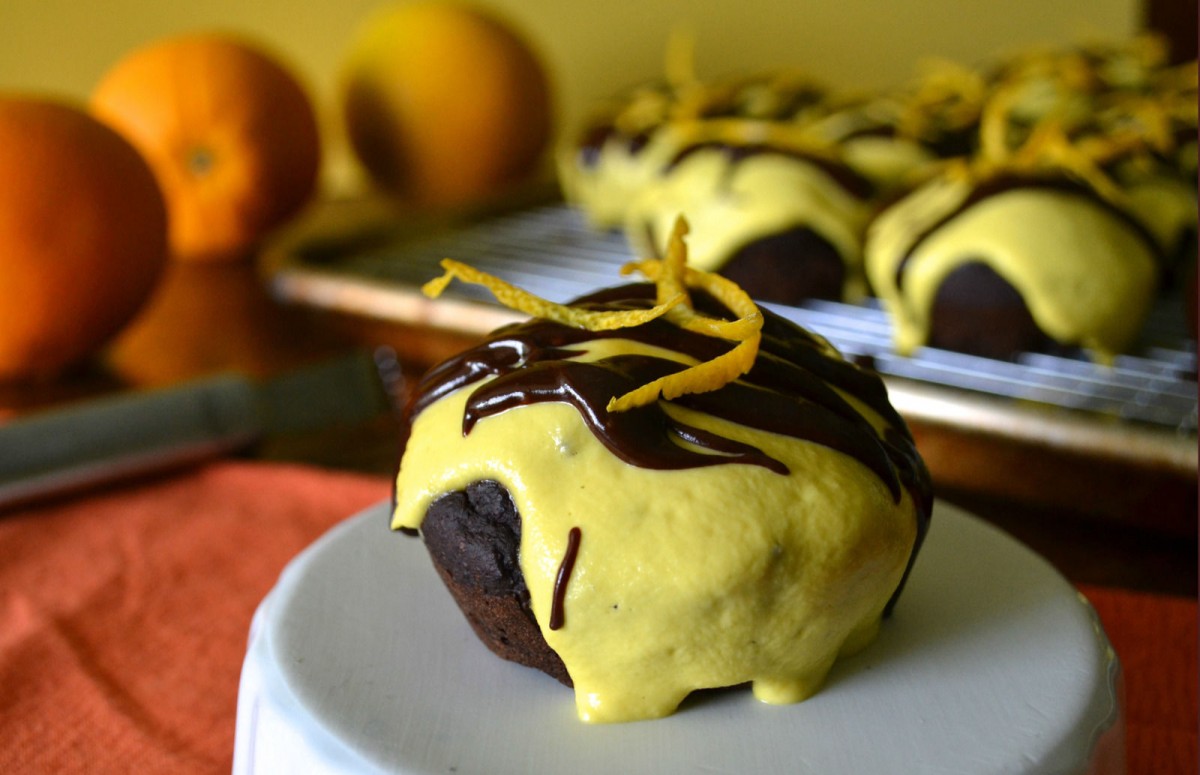 Orange, key lime, and even lemon all add the best touch of flavor to whatever they’re used in. Orange is commonly used with chocolate to bring out a bright flavor that also adds a natural sweetness. Lemon and lime add a touch of lightness to whatever they’re added to, and also bring a natural sweetness. They pair well with coconut, vanilla, and a variety of nuts like almonds, cashews, and walnuts. Some recipes to try out citrus flavors in are: Chocolate Peanut Butter Cupcakes with Orange Marmalade Frosting, Orange Dreamsicle Cupcakes, Raw Orange Carrot Cupcakes, or Strawberry Vanilla Lemonade Cupcakes. You can also just add a squeeze of lemon, lime, or orange to any batter or frosting recipe and get a lovely, fresh scent and delicious flavor. 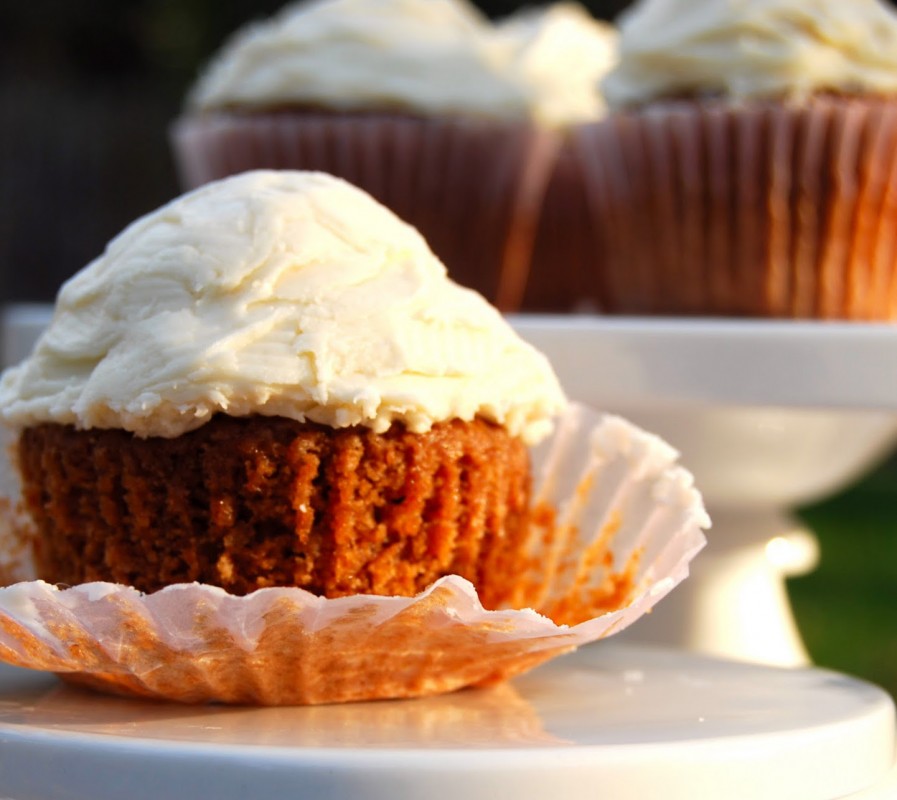 For those of you that want to upgrade your cupcakes to an adult only status, add some Irish cream or even some Guinness to your cupcakes. While not a health prescription, they will satisfy even the most critical vegan cupcake eater and the cooking process eliminates the alcohol in the beverages to make them a little less intimidating to those avoiding it this holiday season. These adult beverages will add depth, flavor,and bring out the other flavors such as chocolate, coffee, or vanilla in the recipe. Our Irish Cream Cupcakes and  Vegan Guinness Chocolate with Maple Whiskey Vanilla Frosting are two great options that will please both the men and women alike. 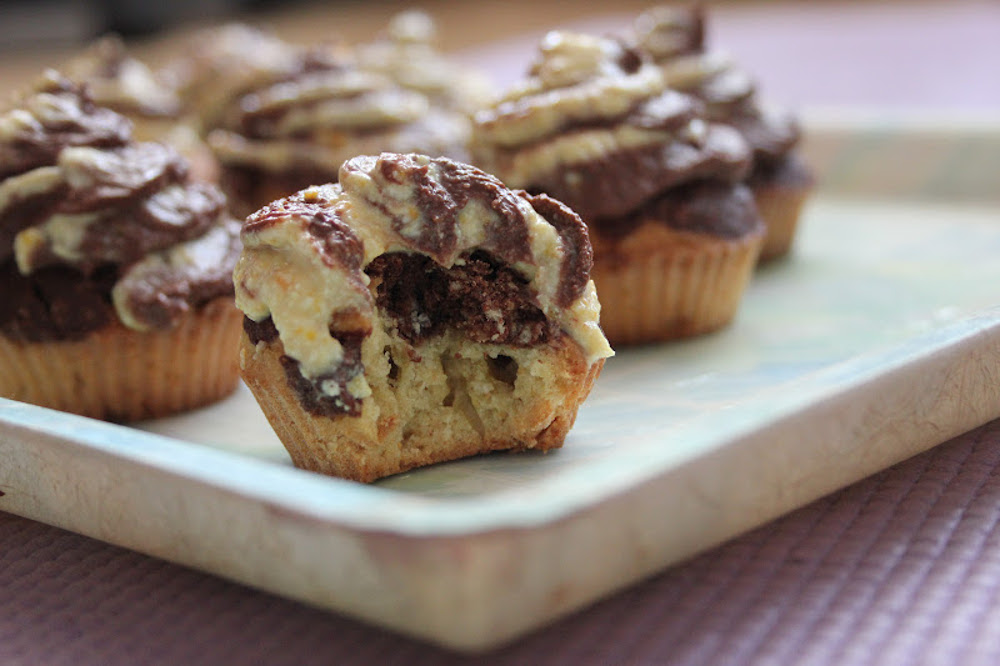 A fun way to enhance the flavor and the appeal of cupcakes is to mix flavors together and swirl the batter to  make it more appealing. This is easy to do with chocolate and vanilla, but you can also do it with flavors such as strawberry and vanilla or cherry and vanilla for a pink and white cupcake. These create delicious, fun cupcakes that are also easier than creating multiple layer cakes for the same effect. Go for Vegan Chocoorange Cupcakes and Grain-Free Vegan Tuxedo Cupcakes, or  just swirl some cocoa powder into any vanilla cupcake recipe to get the same results.

10. Add Some Spice and Everything Nice 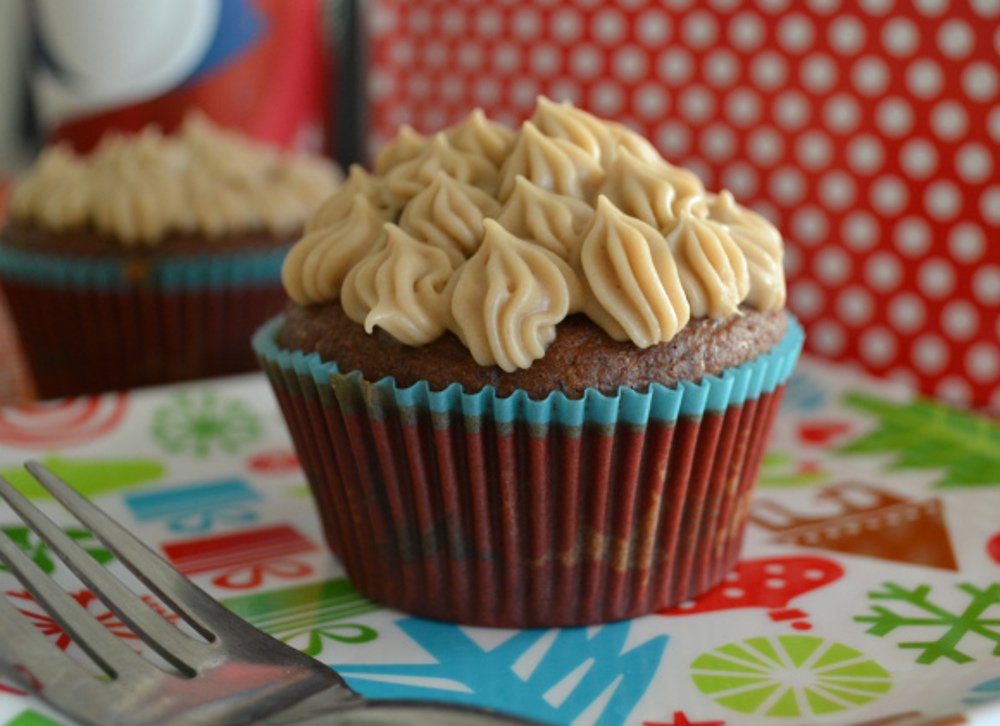 Let’s not forget the easiest, and most delicious way to upgrade your cupcakes – just add some spice and a little something nice! Common additions to cupcakes include cinnamon, but try getting even more creative to add a better flavor everyone will remember. Vanilla Chai Truffle Cupcakes and Vegan Mocha Spice Cupcakes with Maple Creme Ganache are great options, or you can add some peppermint to the frosting for a minty addition to chocolate such as in Chocolate Cupcakes with Avocado Mint Frosting. You can also just add a shake of ginger, cinnamon, cardamom, or nutmeg to any cupcake recipe you enjoy.

Don’t forget that every cupcake recipe is your own.  You never know what creations you might come up with when you add some experimentation to your recipe creations for a change of pace.

How do you get creative with your cupcakes?